Uncle Otis is currently open but their offerings and services may be affected due to the pandemic. Please contact the business directly for more information about any changes. Is this your business? Please contact us if you would like to update this message.

Uncle Otis, the foremost contemporary menswear store in Toronto since 1991, is no longer a Yorkville affair.

Though the brand first set up shop on Bellair Street under Roger O'Donnell—keyboardist of legendary Brit band The Cure—and operated there for 27 years, Uncle Otis has since moved from the stushiest neighbourhood in the city to somewhere more low-key: Chinatown. 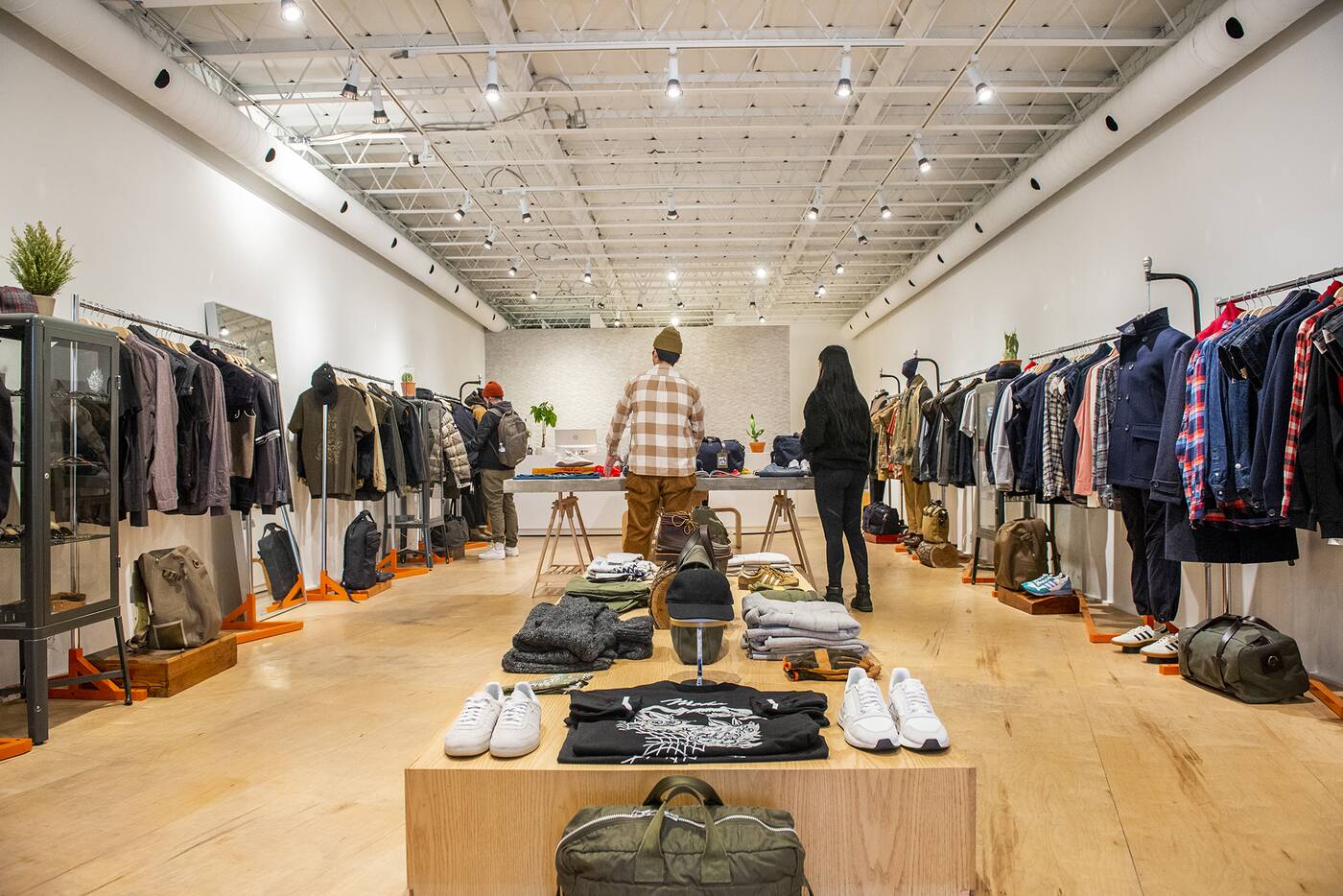 Dedicated customers of the Yorkville fixture can rest assured that this Spadina edition is much like the original. 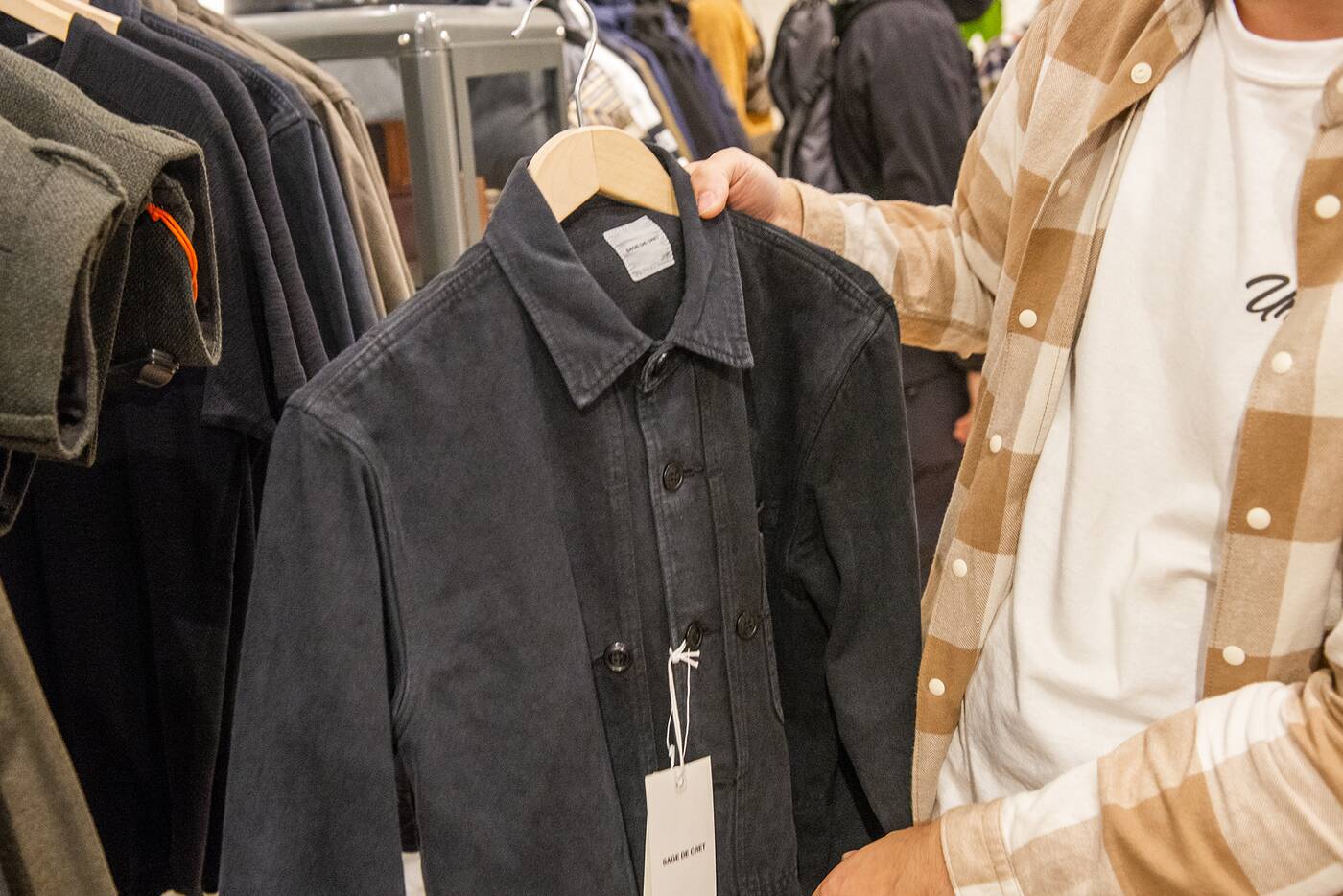 As always, you can expect this store to be a one-stop shop for high-quality streetwear and contemporary looks to fill a wardrobe with a budget. 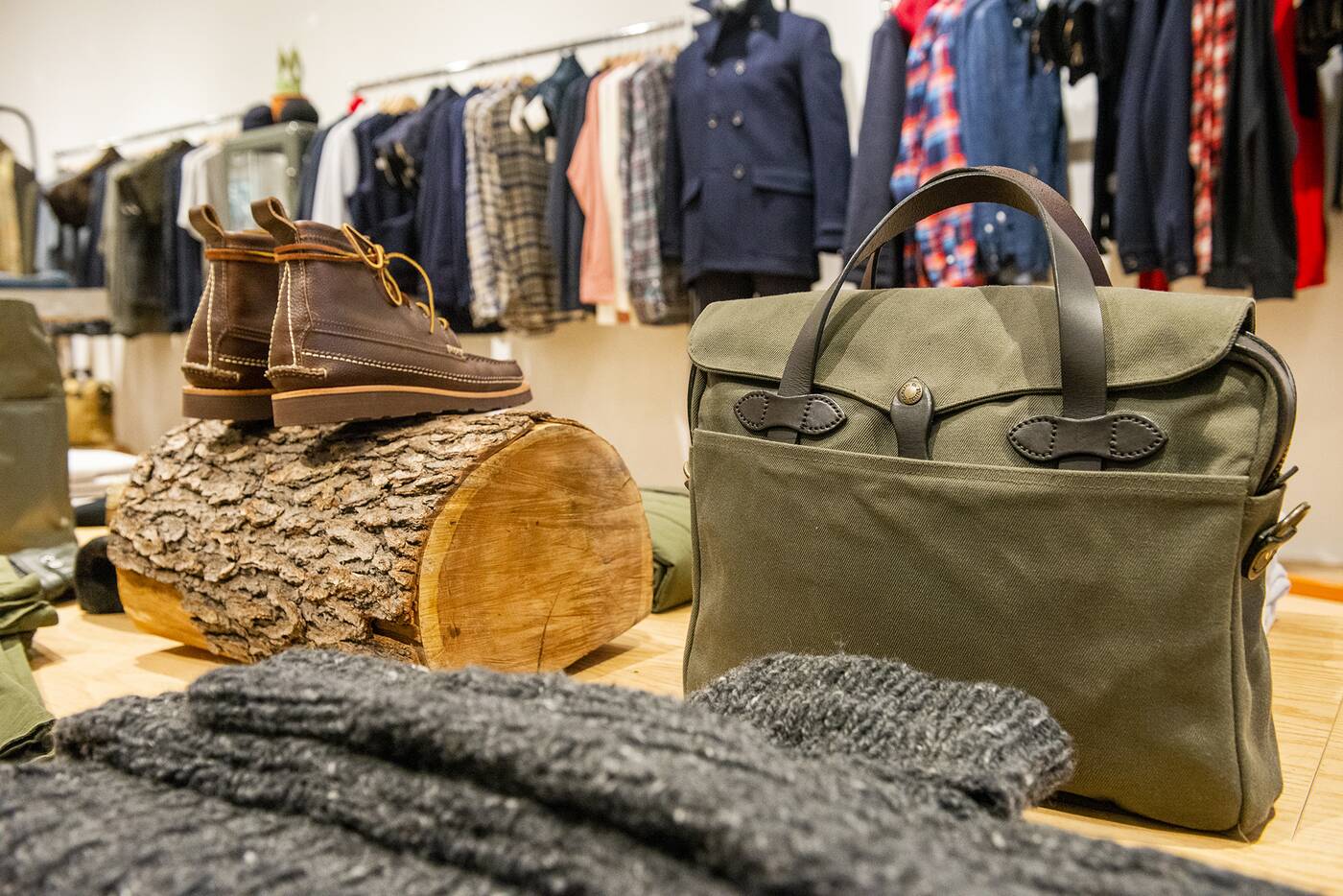 Taking over the space where Bond Running once was, the brand, which has been run by Donnell Enns since 2000, now has roughly 700 square-feet more room to work with than the previous location. 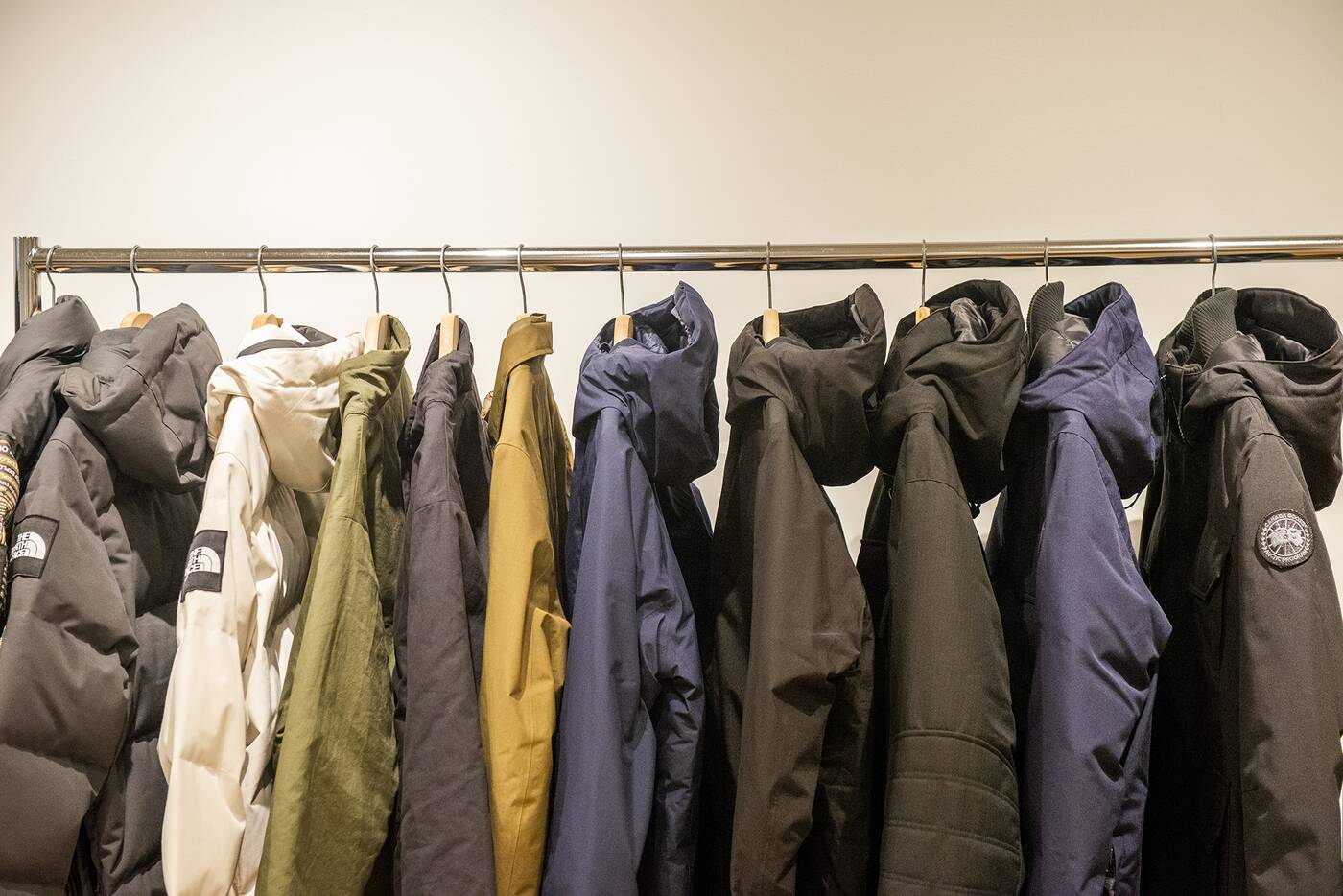 And unlike the old spot, which required a climb up a flight of stairs with no elevator in sight, it's actually accessible.

There are plans to give the space a complete overhaul in the future, but in the meantime, the store is utilizing elements of the old space, like a massive cement slab once used as a backdrop, which now serves as the central table. 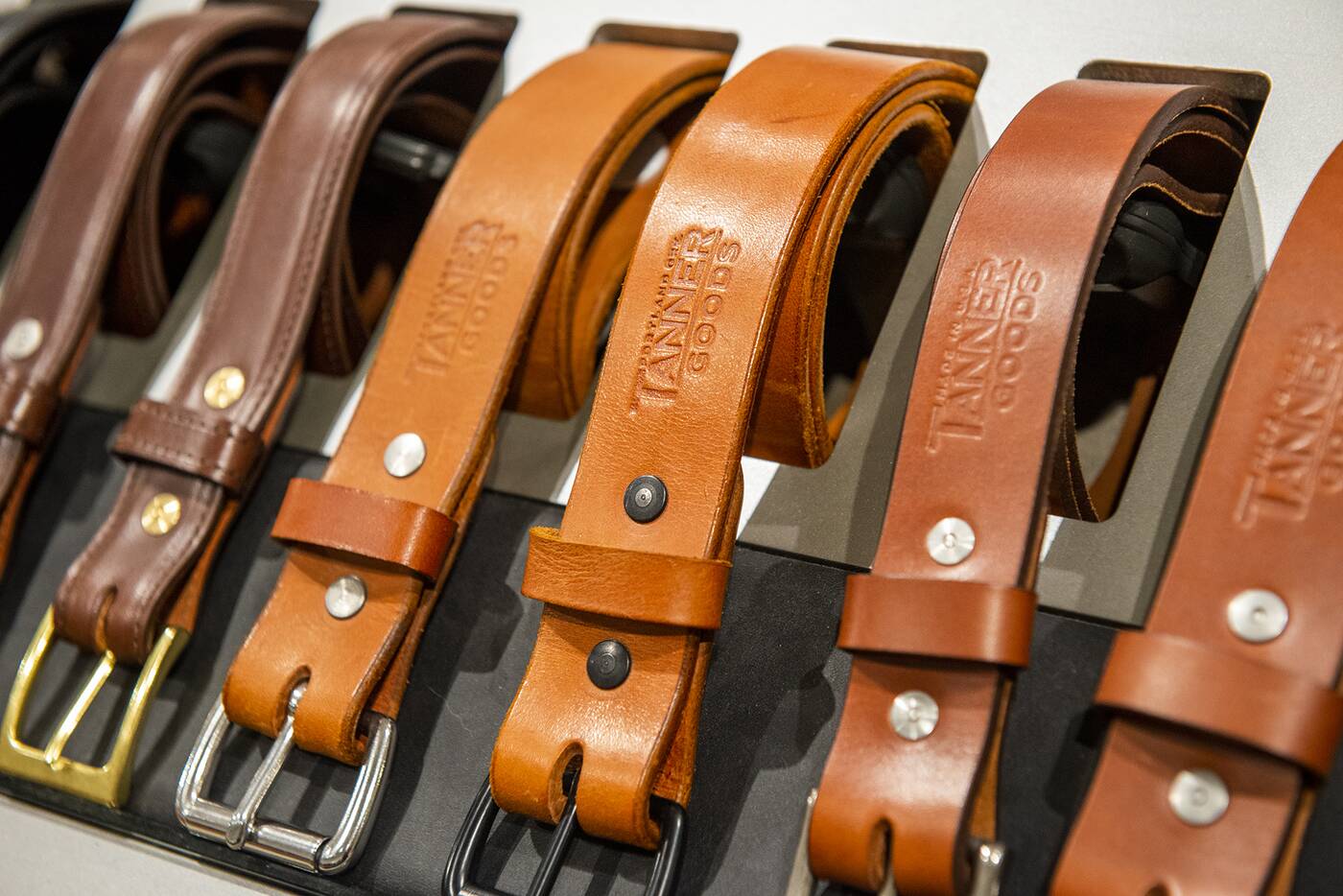 Carrying around 30 brands on average, Uncle Otis sources it's stuff mostly from the U.K. and Japan. The rest of their stock comes via by Scandinavian names like Norse Projects and ANDERSEN-ANDERSEN, makers of the quintessential sailor sweater. 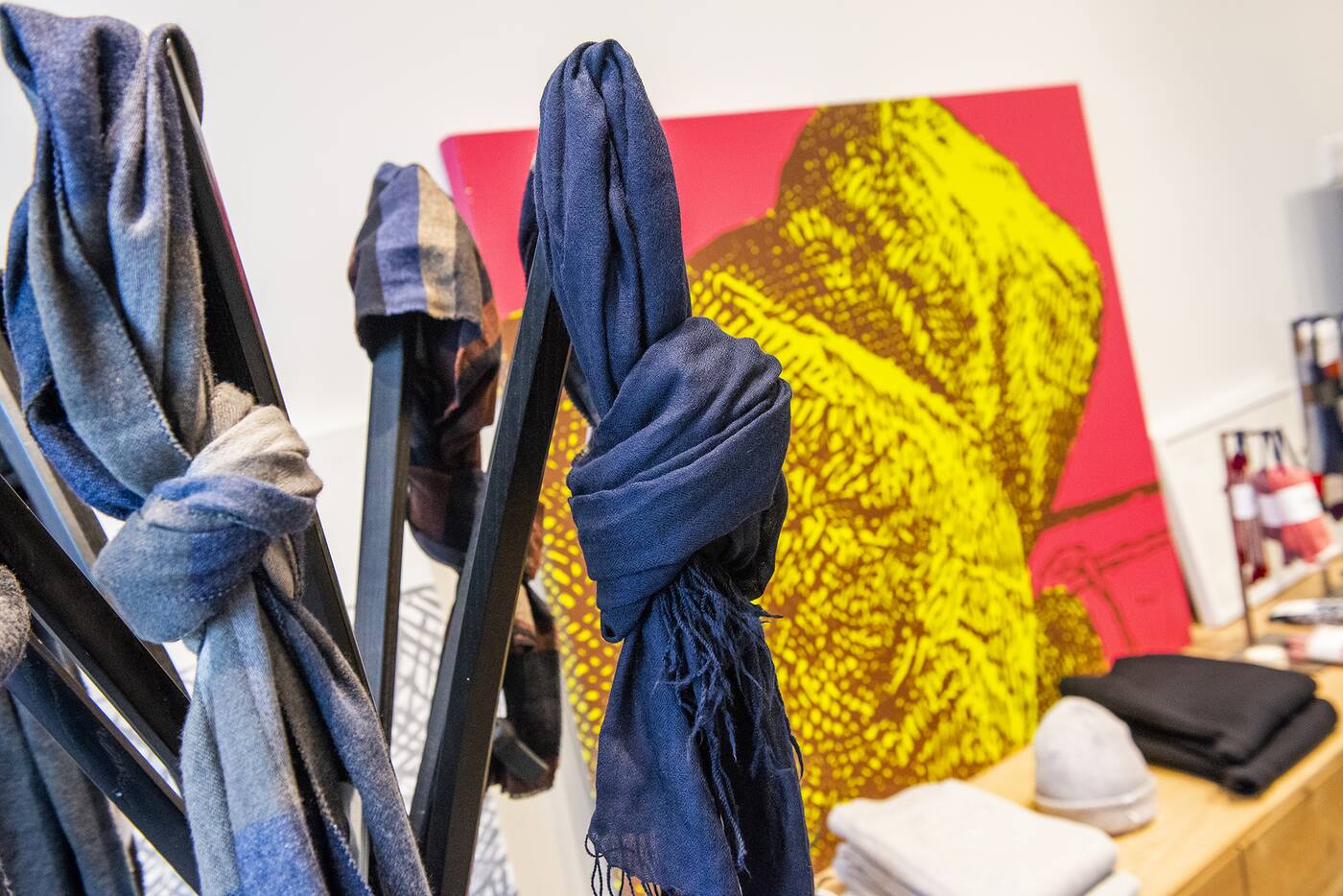 You'll also find American brands and some Canadian ones too, like United Stock Dry Goods and Wings+Horns. The latter has a line of fleecy pieces like robes ($240) and cabin blankets ($180) at the front of the store.

All eight racks are sorted by colour block, meaning you can shop a whole look off one rack alone. 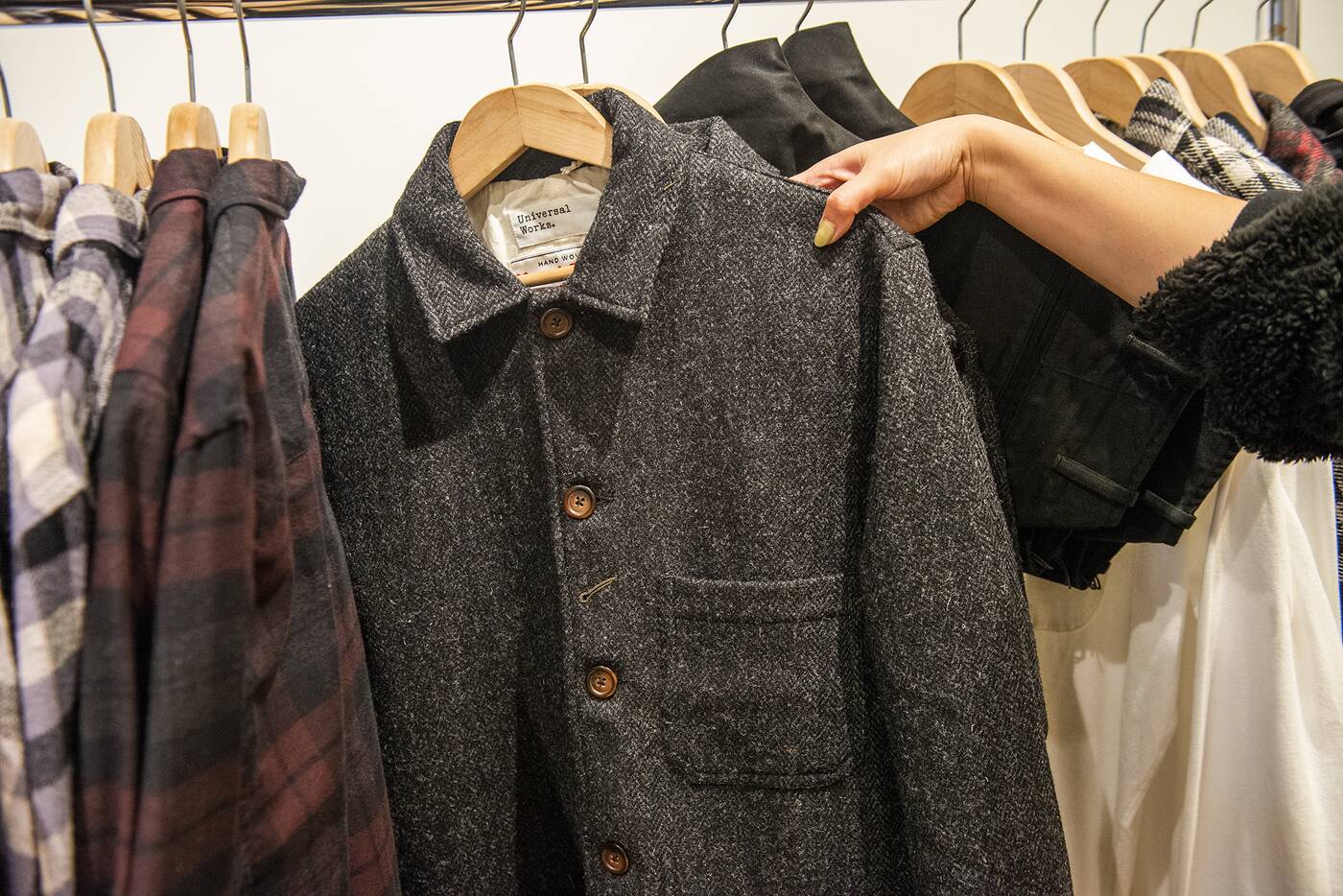 Chore coats are an Uncle Otis staple. Across the board they average upward of $400, with classic cuts like the bakers jackets from British brand Universal Works. 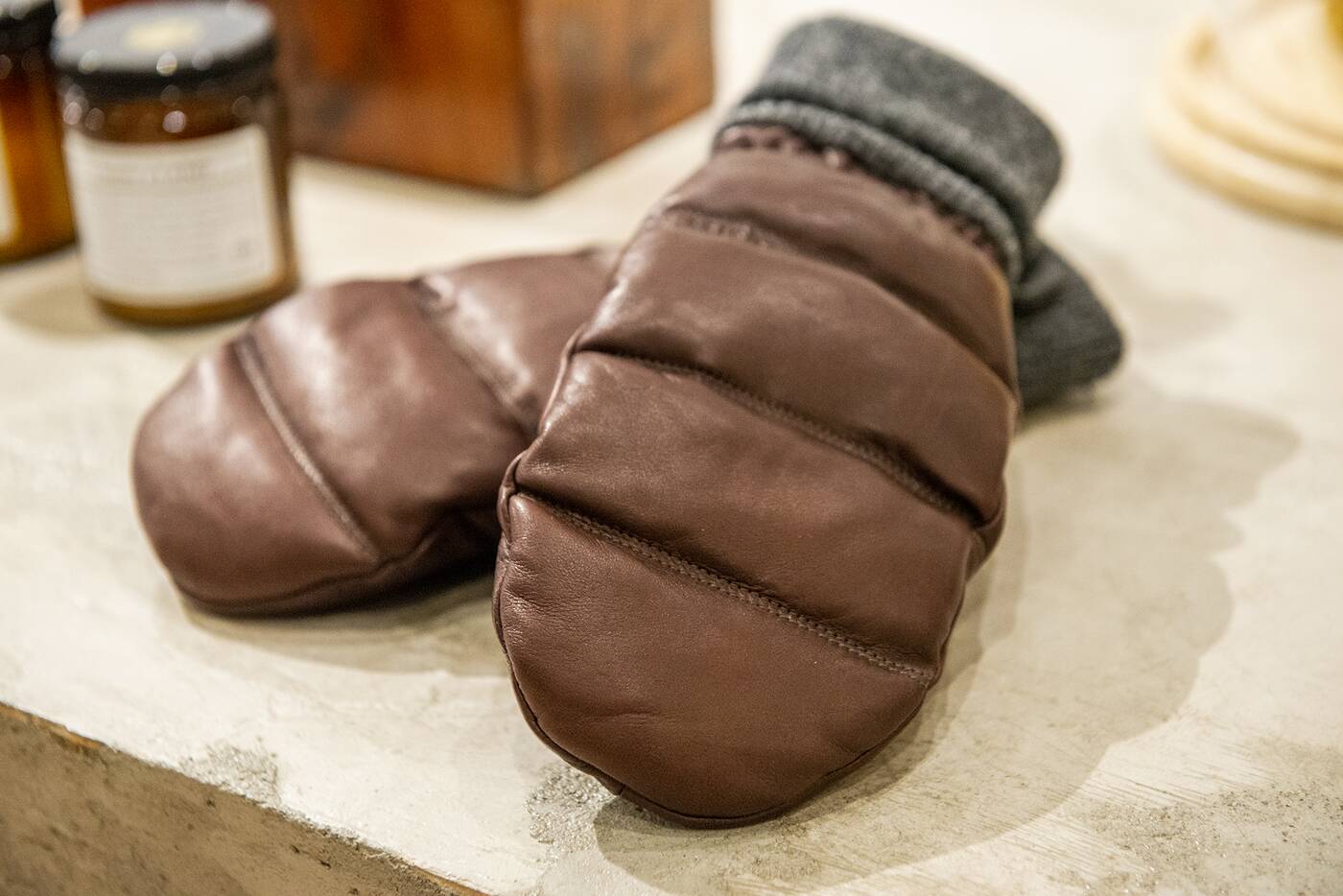 If you're looking for statement pieces, the U.K. brand Maharishi of 90s fame is making a comeback with its utilitarian pants and a Japanese field coat-inspired jacket ($985). 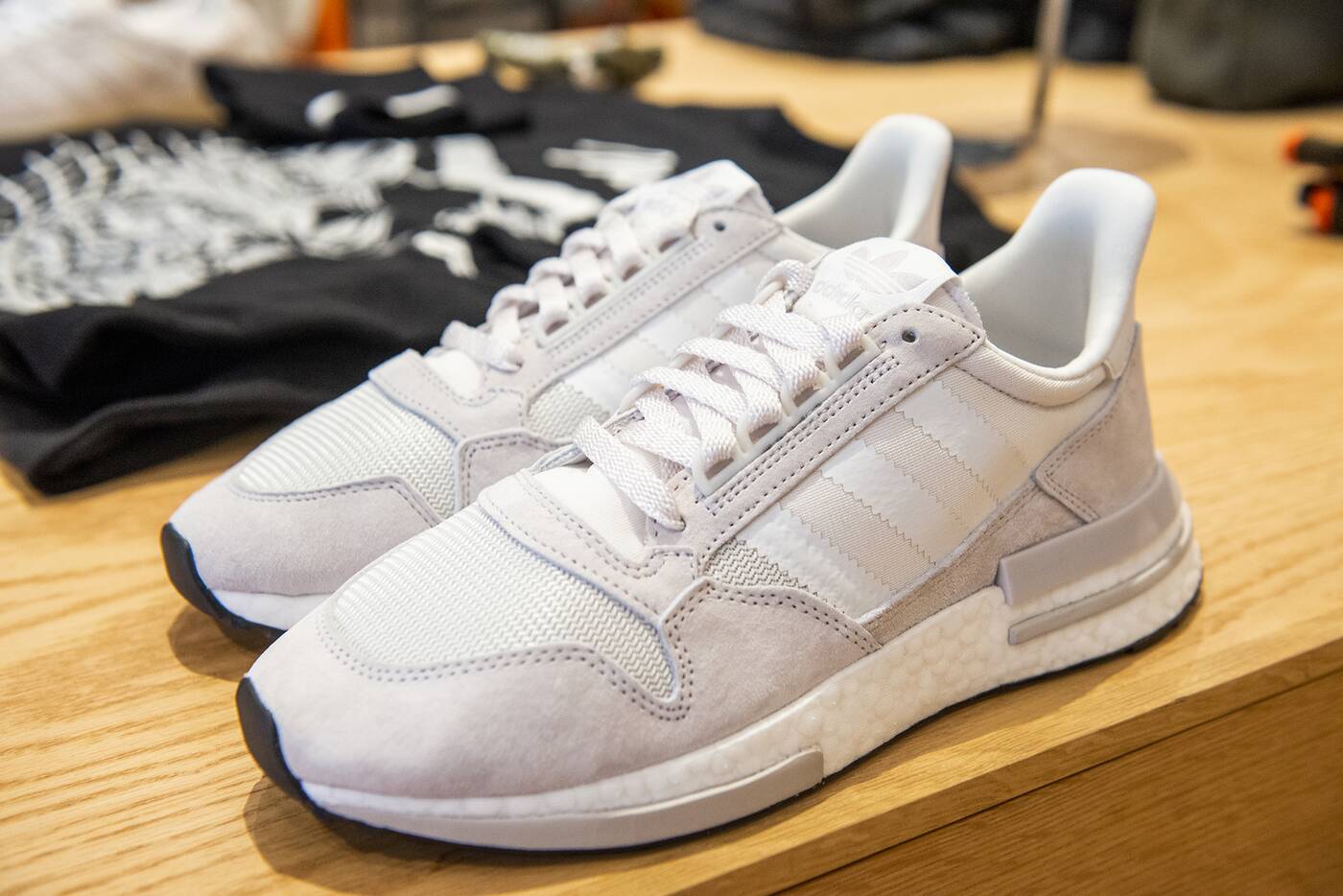 Oliver Spencer's classic grandad shirts ($215) with the short stand collars come in the same button-down cut every time but in different fabrics. 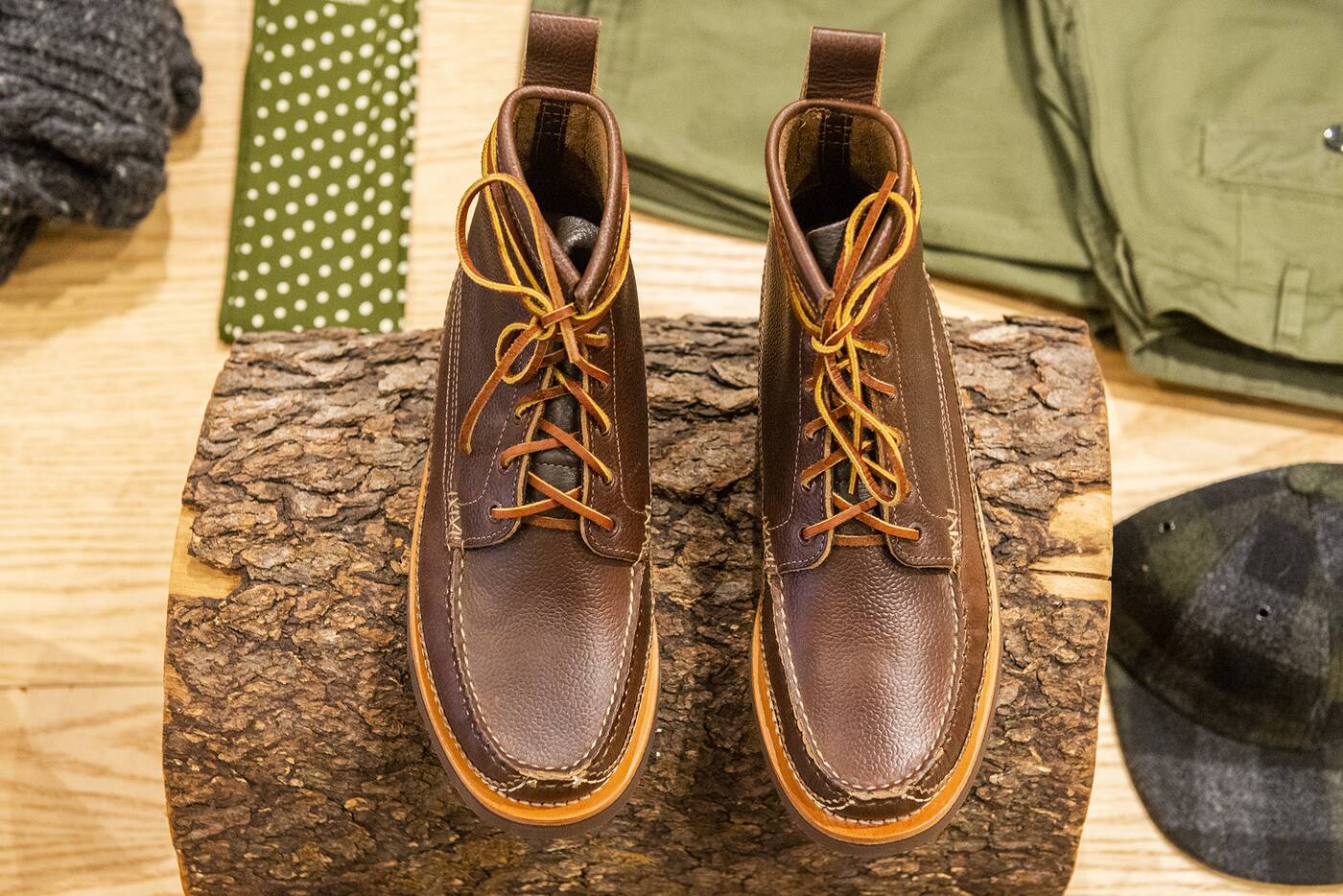 There's less footwear than other menswear stores but what shoes they do sell include Adidas Originals and leather boots from Yuketen ($75). 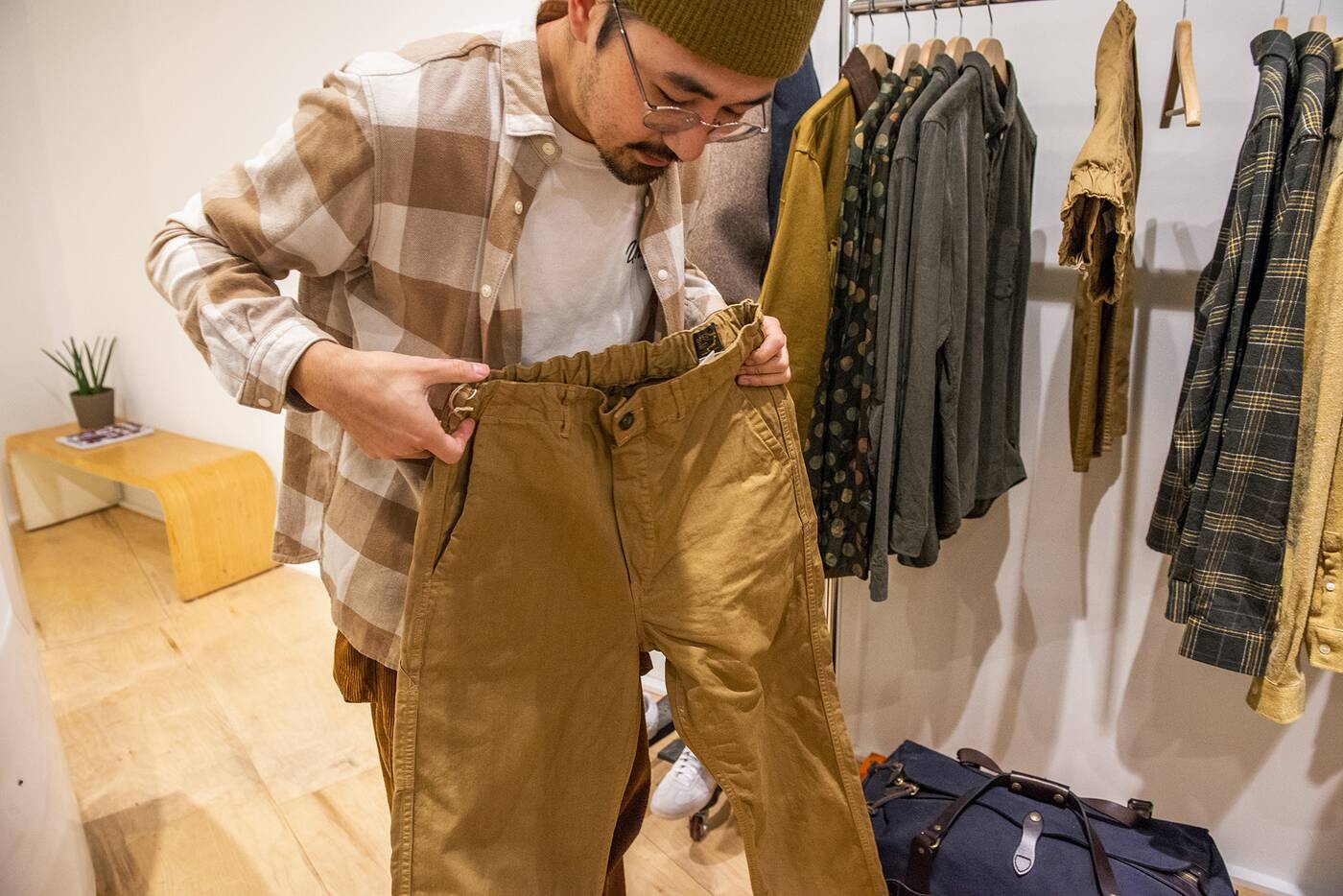 There are some unisex pieces by way of the Japanese brand OrSlow, like khaki french work pants with stretchy waistbands ($325) and denim button downs ($340). 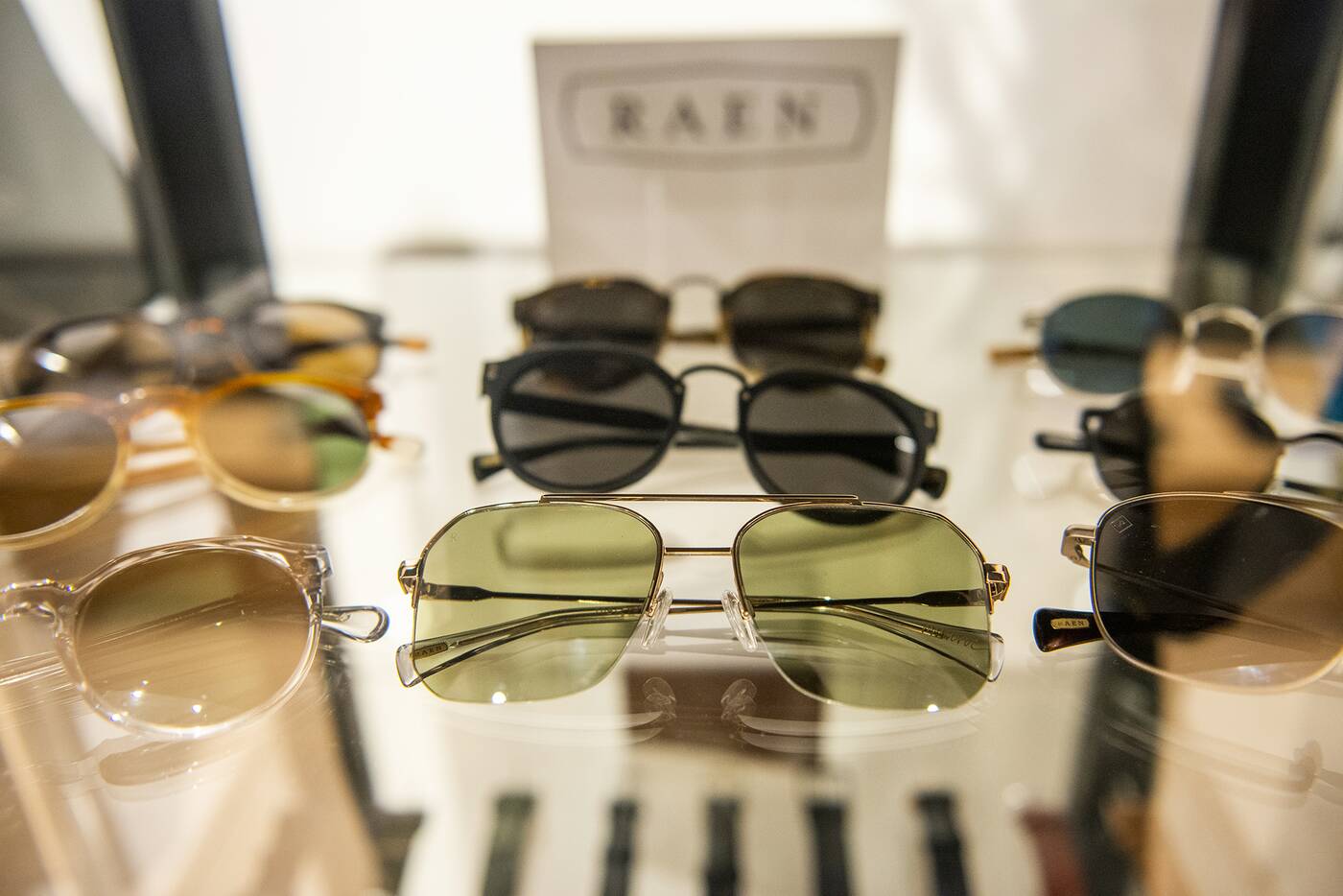 There's a generous selection of spectacles here, from California brand Garrett Leight frames between $250 and $315 to sunnies, which range from $298 to $500 each. 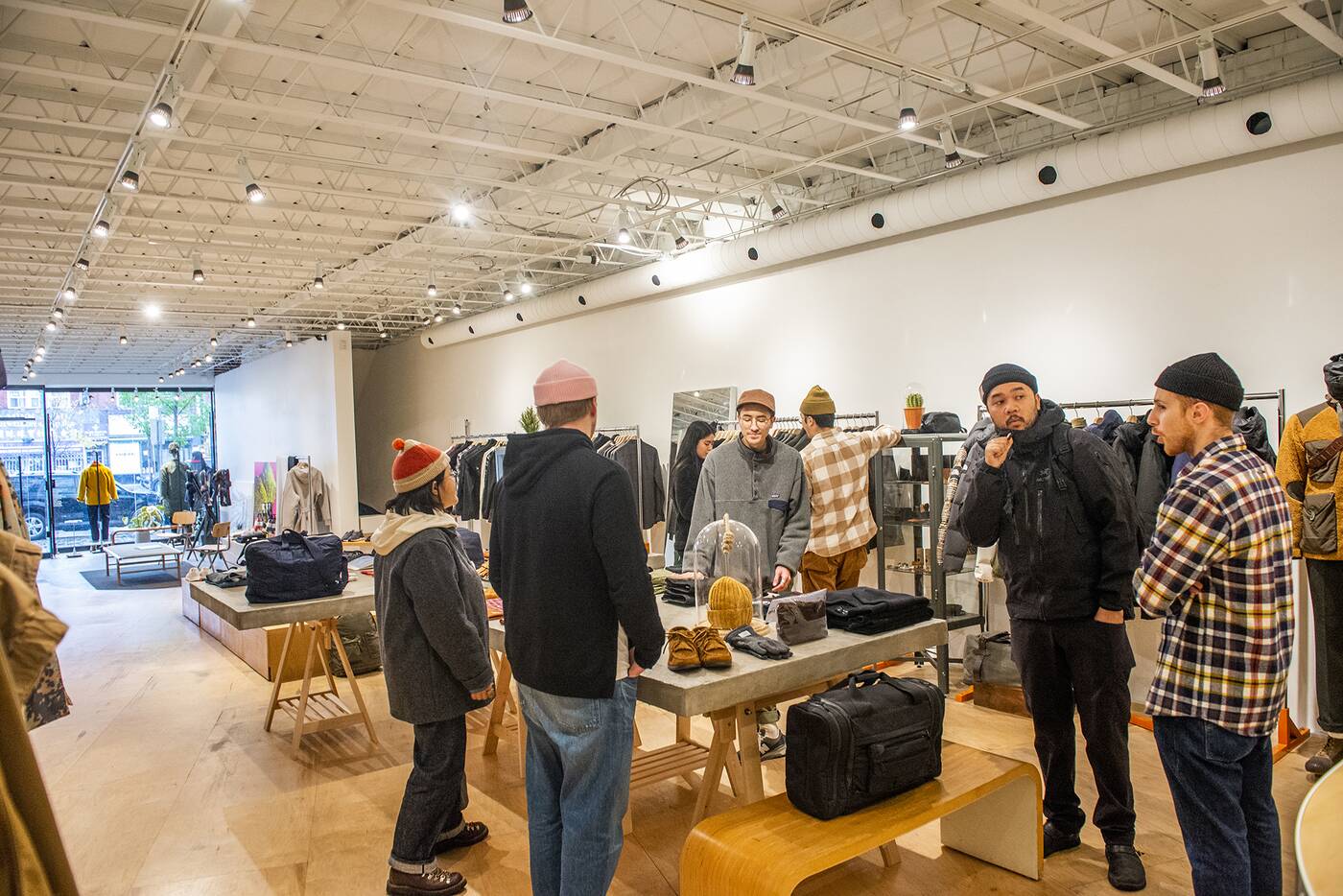 And of course, the quintessential men's bag. Porter duffles ranges from $428 and upward, while the less sporty Filson bags come in a variety of colours with sturdy bridle leathering for $475 and more. 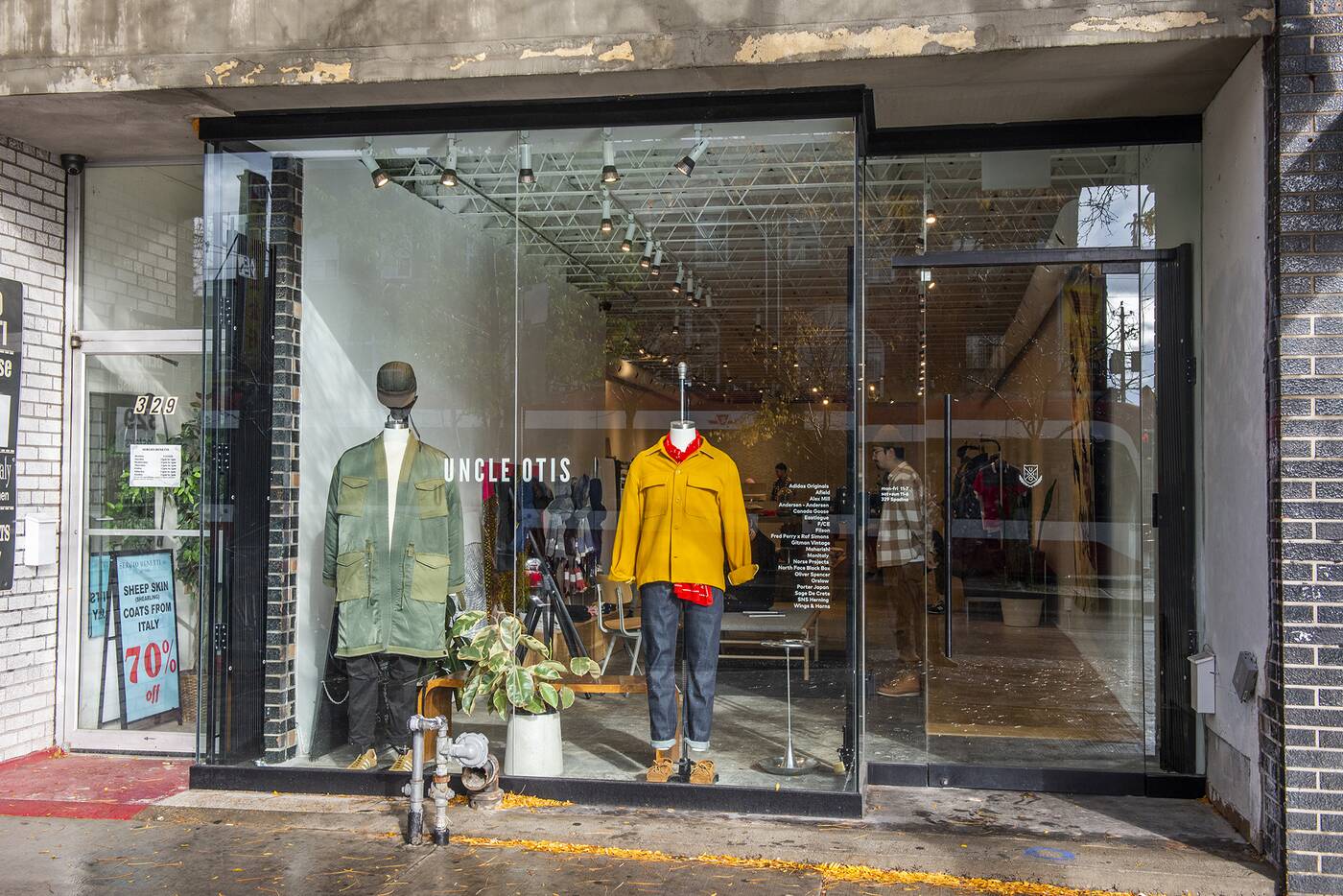