The Fitting Room is currently open but their offerings and services may be affected due to the pandemic. Please contact the business directly for more information about any changes. Is this your business? Please contact us if you would like to update this message.

The Fitting Room blends the classic barber shop aesthetic with Toronto's modern day culture and style - and they do it well. Having opened last November, the Dundas West shop is already making its mark on Toronto's ever-expanding barber shop scene , something that's becoming increasingly tough to do. 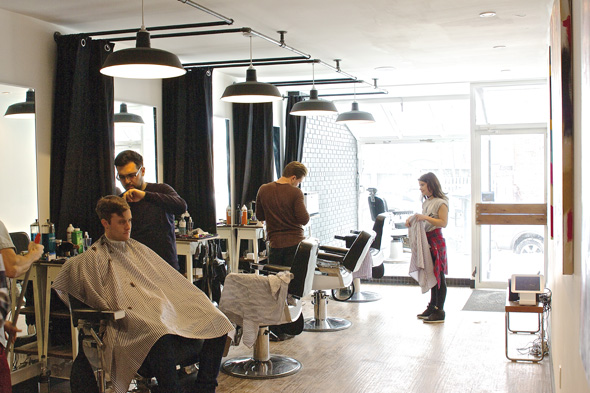 "Toronto alone in men's grooming has jumped hurdles," says Bryan Brock, Fitting Room co-founder and creative director, as we chat on the shop's leather couch. "Barber shops don't have to be what you used to think they were. They can be a lot more interesting with the type of people in the city." 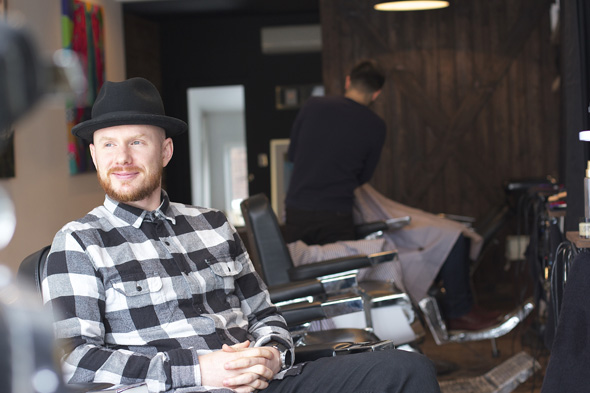 Cafua, who was raised in Little Portugal and has been cutting hair in a Mississauga shop for years, has been cleaning up Brock's hairline for the past five years. He wanted to open his own shop, but didn't want to go at it alone. 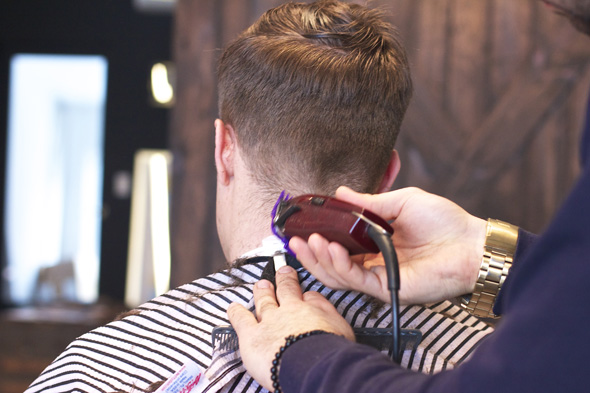 "I was in a position where I thought, maybe I can help you ," Brock recalls, albeit he has no barbershop experience. His background is in design and marketing at 1 LOVE T.O. and the Remix Project . 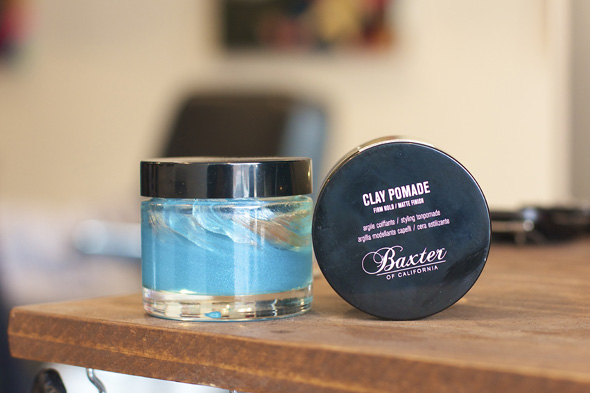 Together, they came up with the concept of the Fitting Room Men's Shop , which purposely doesn't mention barbering. The Fitting Room concept came from the idea of a dressing room at a men's clothing store. You go into a dressing room, try some stuff on in the mirror. You see what fits, what looks good. 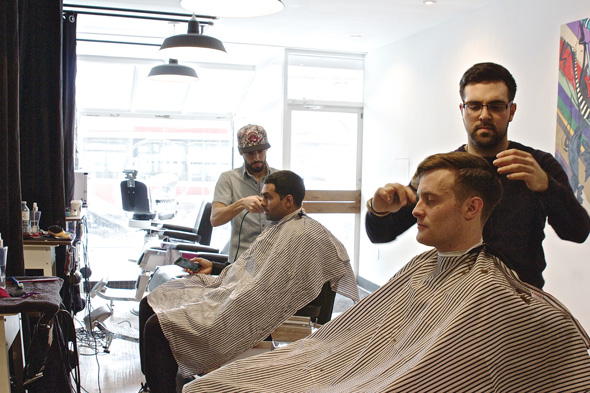 The Fitting Room translates that into getting a haircut. Each of the three current barbers (two men and a female barber) pride themselves in their diverse abilities. You're in your own barber station. There are drapes that can be closed for celebrities or those that want to ease into the barber shop feel. 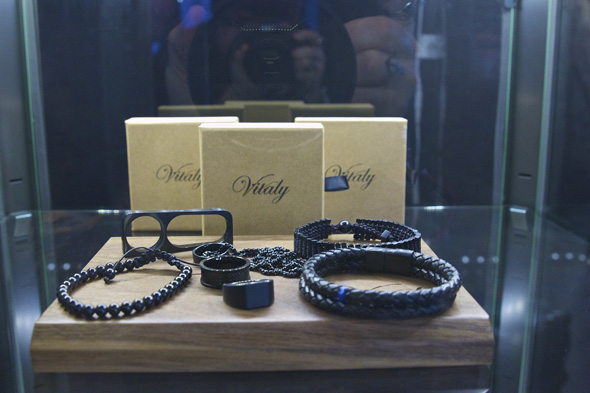 They also carry Toronto-made jewelry and grooming goods in the back lounge with a massive widescreen TV. Come spring, they are going to be expanding the line to carry cologne, underwear, socks and shirts. The goal is to carry mainly Toronto designers and labels; currently, they carry Crown Shaving Co. and Baxter of California grooming products. 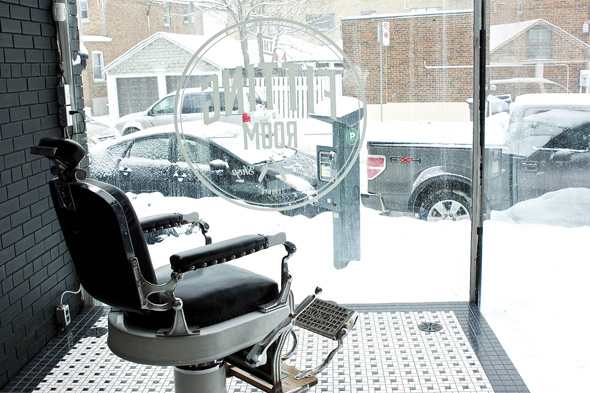 "There is a culture around barber shops," says Brock. "Especially young men, entrepreneurs, artists - there's a lot of cool stuff that goes on in a barber shop." The Fitting Room is looking to capture that. 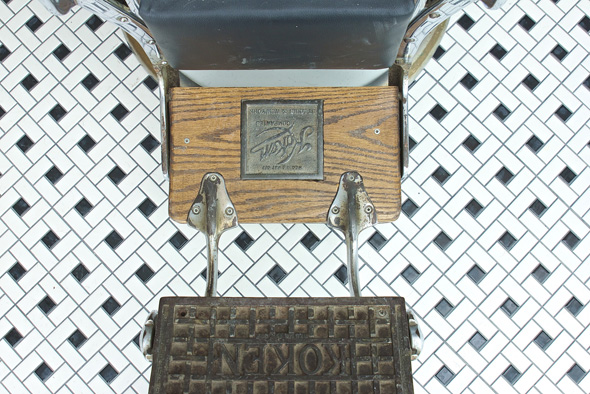 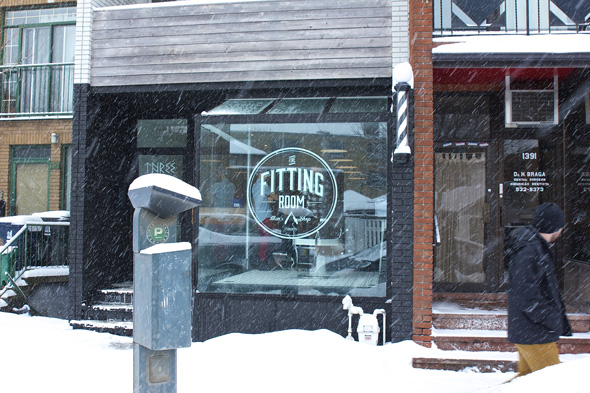