Blood and Bandages Barber Shop is no longer in a closet. That may sound facetious, but since 2007 Blood and Bandages was holed up in a 97-square-foot spot nicknamed The Cell, until a few months ago. The new space isn't huge as it sits around the 600 square-foot mark, but it's a marked difference.

"I was waiting for the right spot to pop up," says shop owner Roger Janes, in his calm, maybe even lackadaisical manner. "I didn't want to leave the neighbourhood, I like it here [in Little Portugal]. This was perfect. Just down the street and bigger and better." 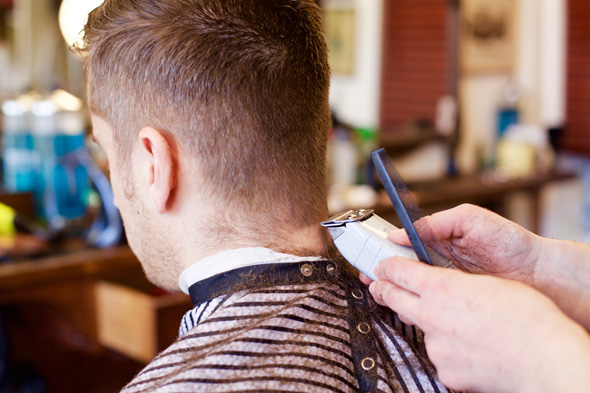 Janes, a no-bullshit straight-talker, has had his hand in the recent barbershop boom in the city. It was in his original shop that Jon Roth, owner of Crows Nest , was an apprentice back in the day. 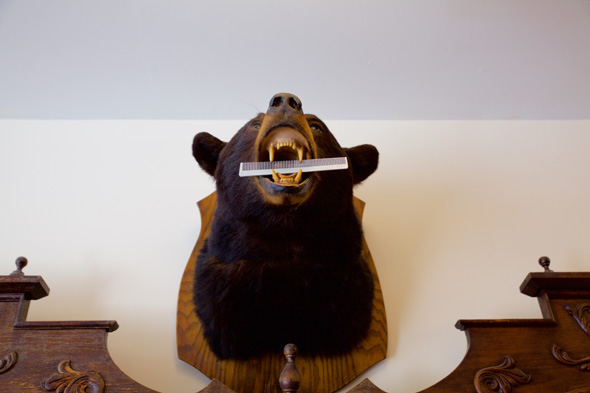 Same goes for Karolina Conroy as Janes was at one point the co-owner of Hastings Barber Shop's original location in Leslieville . He's content to see all the new blood flocking to the barber scene.

"It's inevitable," says Janes. "I feel like there's going to be a barber shop every couple blocks in the future." 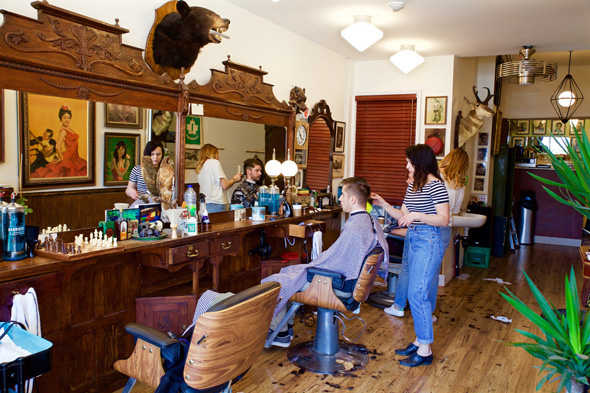 Up from the original two chairs to four now, there are four full-time babers. Two men and two women. Janes is looking for another barber to add to the mix, based on recent demand. The various taxidermied heads also made their way to the new shop, including a pristine wooden back bar from 1904. 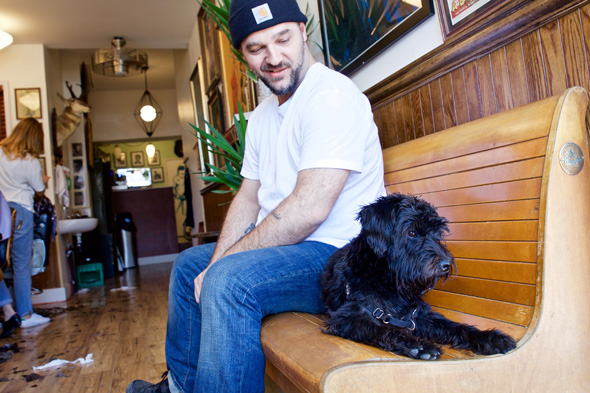 The newest edition is the shop dog, Pappy, a black as night Schnauzer-Poodle mix that just hangs out as we chat. "That's the best part of the new shop, I think," says Janes. 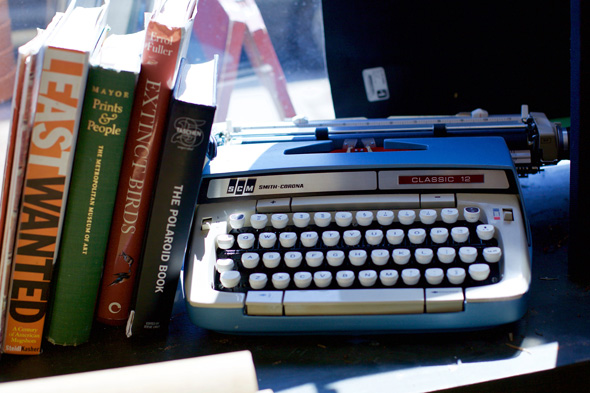 Perusing the eclectic shop, you're always bound to discover something new. A hodgepodge of typewriters, old cigarette tins, the aforementioned bear, boar and bobcat heads, a chessboard, Value Village paintings and other odds and ends give the shop its own unique flavour. It all just works together, somehow. 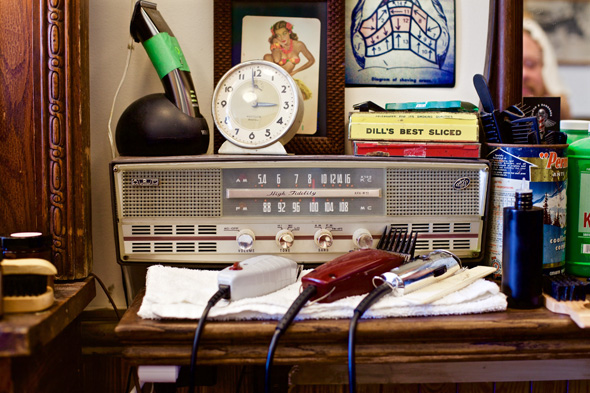 Keeping with the intrigue, Blood & Bandages has a no-name, in-house, water soluble paste and pomade that is specially made for the shop. You can't get it anywhere else. 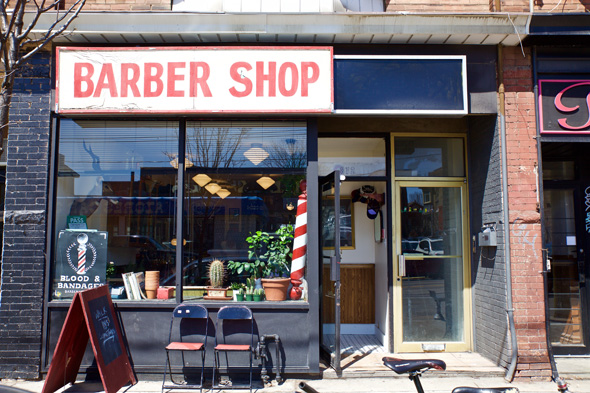