Prince Cut Kings is a reminder that men should be grateful that a trend has been reversed and young barbers are plugging in their clippers in a trade that, a decade ago, looked to be on the wane. Not all of them, however, are finding empty chairs in long-established barber shops â not all of them want to â while even fewer have the resources to head out on their own and open up a new shop in an uncertain economy.

Which is why we find Justin Picones, who cuts under the banner " Prince Cuts Kings ," tending a single chair in an east end tattoo parlour. Picones has been cutting hair since he was a teenager, a trade he taught himself starting from when he was too poor to afford a barber. He worked his way through chairs at east end shops like The Barber's, Cut 'N' Run and the Barber's Lounge before setting up at Red9 Tattoo near Danforth and Woodbine, with a client list that's included Drake, rapper Cory Gunz and Down With Webster's Martin "Bucky" Seja. 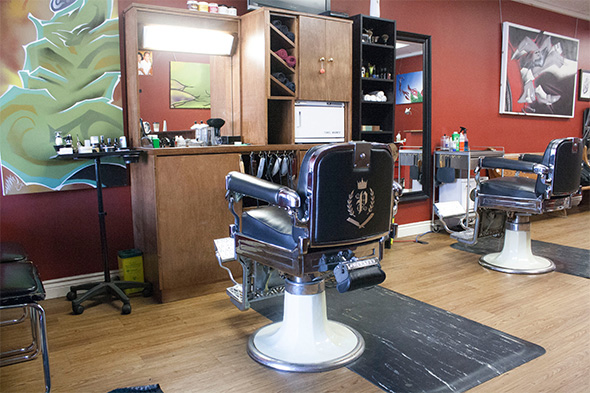 Late on a Tuesday morning the tattooists haven't rolled in yet and Justin is finishing with his first customer of the day. "Learning on the job is a lot cheaper," he tells me, adding that at hairdressing school, for instance, he wouldn't have learned the fades that are his stock in trade. He insists, though, that he respects barber schools for maintaining traditional skills, like teaching the fourteen steps of a proper straight razor shave.

Like most young barbers, Picones does shaves, insisting that anyone who doesn't is not really a barber. Having specialized in fades, it's not surprising that he was drawn to the ultimate close work, the test of a barber's ability to read his customer's head. "Every head is different," Picones says. "A haircut is like an illusion."

He knows that at this stage of his career, it's all about building up relationships, which is probably why he's kept to the east end. He gets the occasional client between 30 and 40, but right now he's mostly cutting guys in their twenties, and tries to favour appointments over walk-ins, to foster loyalty. "Moving means starting all over again," he tells me. 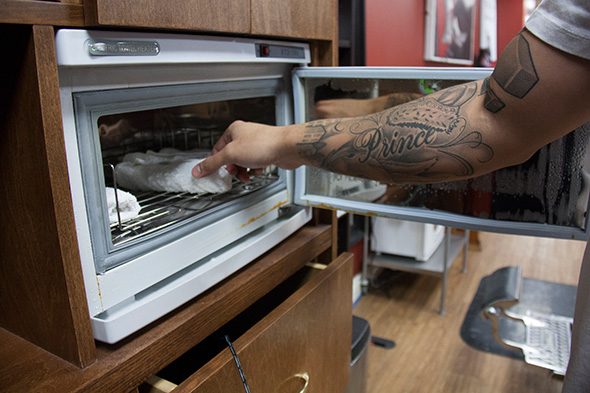 I'm too old for the patterns he shows off on his website, but I decide to test Picones with a proper shave and a close, military-style buzz, shorter even than the cut I got a year ago, on a U.S. Army base in the Mojave Desert. He puts on gloves for the shave, explaining that barbers can't take chances with hygiene these days, for either themselves or their customers. He chats amiably while he works, talking about kids (he has two, and does children's haircuts as well) and the people he meets by making himself available to out-of-town musicians in need of a clean-up.

His clipper work is exemplary, and while my head feels like a neatly shorn plush toy when he's done, the best way to describe the look is clean - absolutely uniform, and free of any lines or overlaps. It's a great cut, and worth the journey to the heart of the east end. 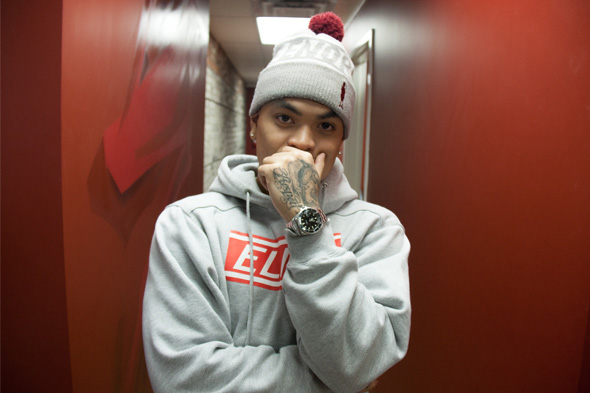