"All my stuff went on these walls," he tells me, pointing at paintings by his grandfather, a wall-hanging of a muskie he caught at his sister's wedding, as well as a poster of Audrey Hepburn and a stack of vintage Playboys. 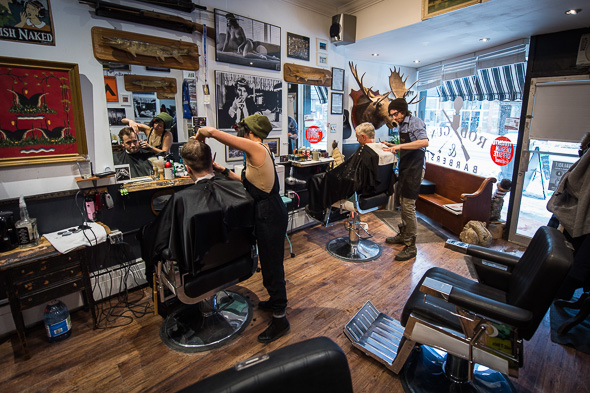 Although not a barber by trade, James started apprenticing with another barber, and decided he wanted to open up the kind of classic shop that his grandfather and father used to visit. 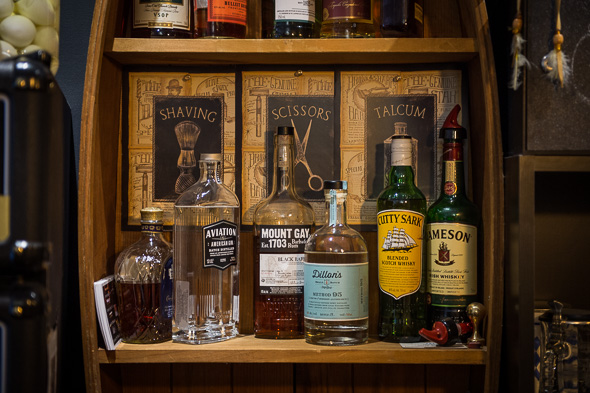 His goal for Rod, Gun & Barbers is to create a laid-back, comfortable space for men to be men, hang out, and have a beer or a cigar, while being provided a high-quality service. Customers are immediately greeted by friendly staff and offered a pint of beer. 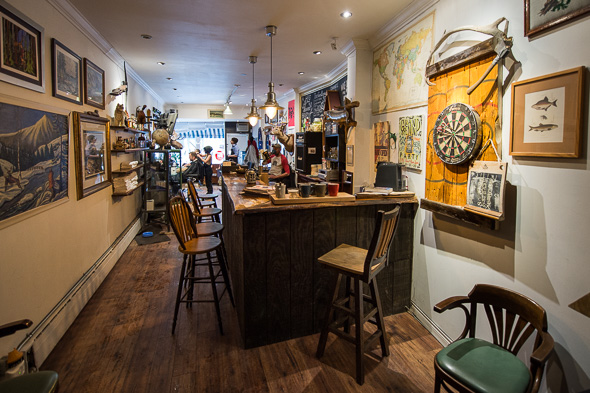 The four-seat barber shop also sells an array of products from JS Sloane , as well as Toronto brand Crown Shaving Co. , to keep men looking fresh until their next visit. 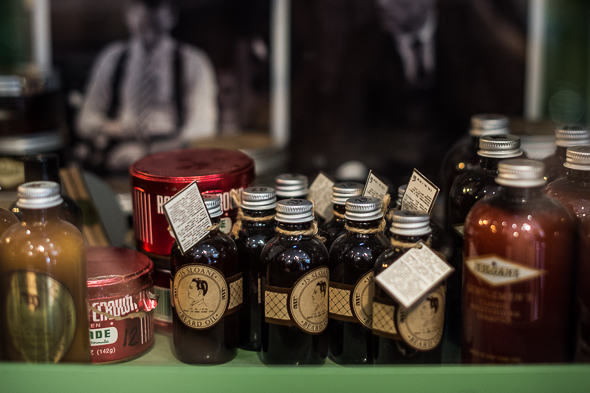 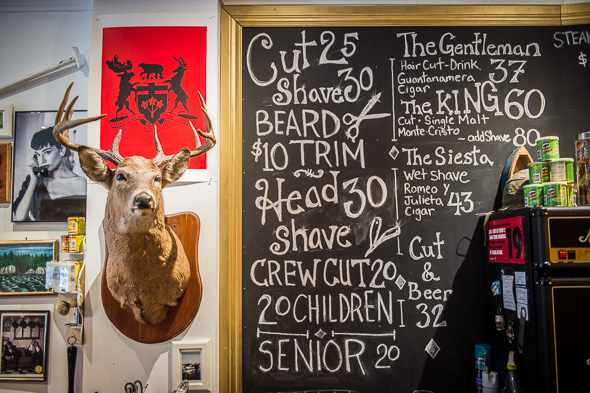 To blur the lines even further between barbershop and bar, they've even started hosting live music nights on Saturdays as well as open mic nights on Wednesdays. "There's no place like this," he insists. "I don't know why there aren't a thousand of these places - it's the perfect marriage of having a bar and a gentlemen's club attached to a barber shop." 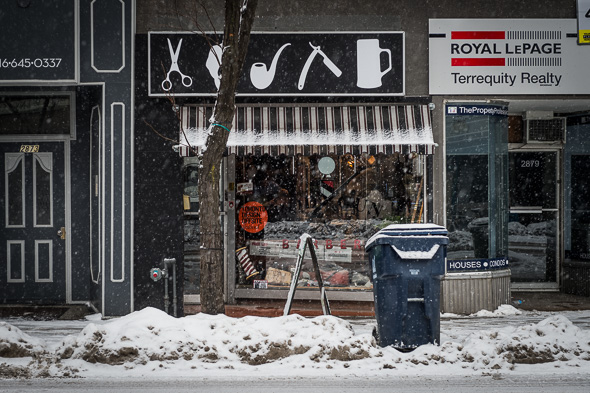