Mi Hermano Barbershop is a two-chair shop. Perched beside Sam James Coffee Bar and Speakeasy Tattoo on Harbord, you can now get an espresso, a piece of traditional flash and a clean-up around the ears within the span of 50 yards.

As barber shops have landed on many a street corner in Toronto, the revitalization of the traditional shop is now cemented. Mi Hermano, which opened its doors in late summer 2015, has enough story to match its style. 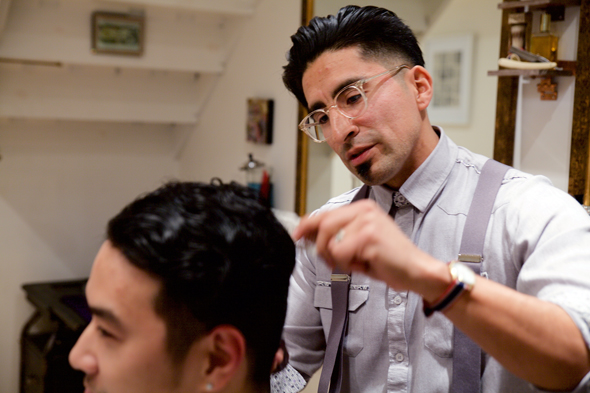 Like most things worth talking about, Edison Vargas is fuelled by unbridled passion.

"I just became obsessed," he tells me as he swiftly commandeers a pair of shears. Originally from Quito, Ecuador, Vargas' parents started to immigrate to Canada in 1979. Over the course of the following six years, his immediate family called Toronto home. Vargas was five when he landed in the city. 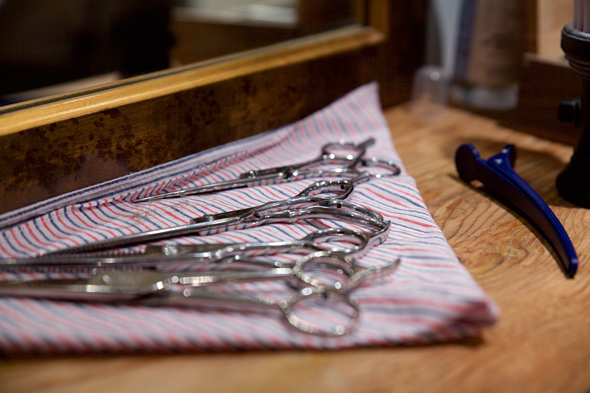 It was his grandfather who originally inspired his future trade. "We came from a poor neighbourhood, but he always had a proper look and conducted himself as a gentleman," says Vargas. 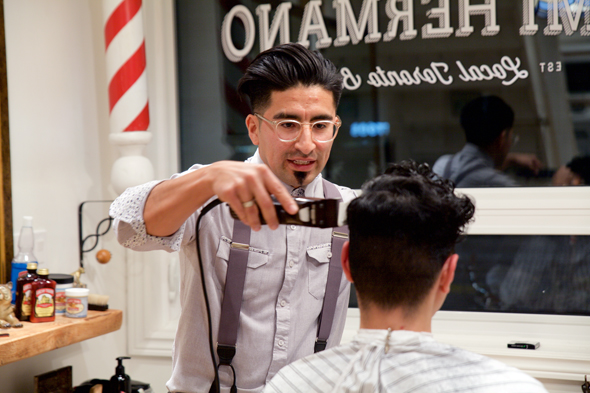 But being a barber wasn't originally in the cards. After finishing his BA in math, Vargas landed a spot as a project manager in the construction industry. He got his start behind a barber chair after taking a month-long course in Vaughan in January, 2014. After his first day, his wife, Claire, could see the fire in his eyes. She bought him a chair and mirror the next day. 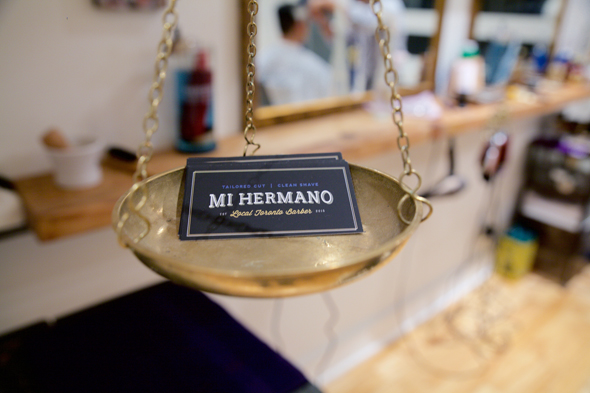 He started humbly. He set up a small shop out of his Junction home and started charging 10 cents a pop, harkening to prices from days long past. "Coming from a large Ecuadorian family, I had a lot of heads to cut." 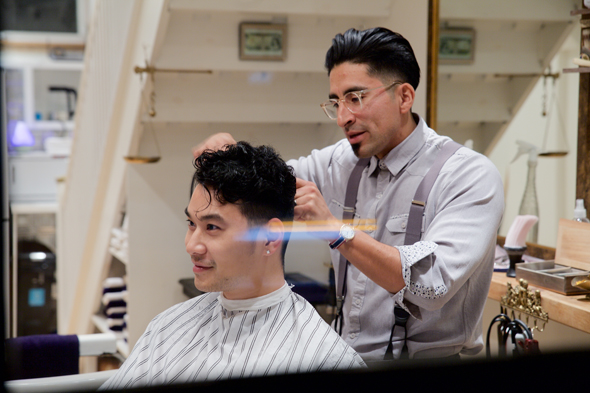 "Barbering has been going through a huge resurgence," says Vargas. "My whole belief is that I respect the trade, not the trend. I want to be in my tiny two-chair shop in 30 years. I want to be that local barber, that barber you can trust."

Still working his construction gig, Mi Hermano is only open three days a week. Thursdays from 4-10 p.m., Fridays from 1-6 p.m. and on Saturday from 9-6 p.m. As there are only two chairs in the shop, Vargas currently has Naomichi Hosoyama, a salon-trained barber from Japan with 9 years of experience, helping out. 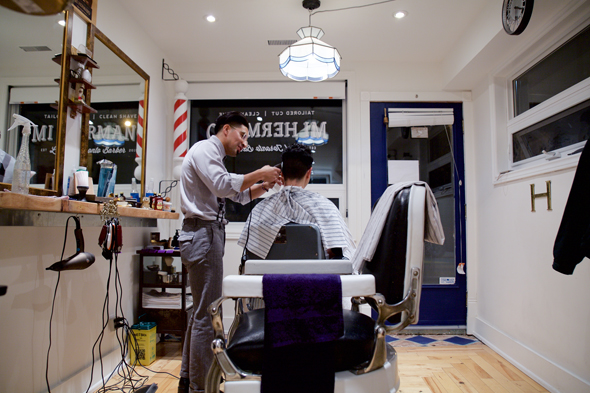 "In terms of growth, all I need are my clients," Vargas begins. "I'm not into becoming famous and having apparel named after my shop. Of course it's cool and all, but to me, it's who is sitting in my chair... to make sure when they leave, they feel like they've been cared for."

The Torontonian, a tailored cut with hot towel treatment, will run you $30. The Bro, a beard trim, costs $15. The Sis, a cut and blow dry, is $40. You can book an appointment online here . 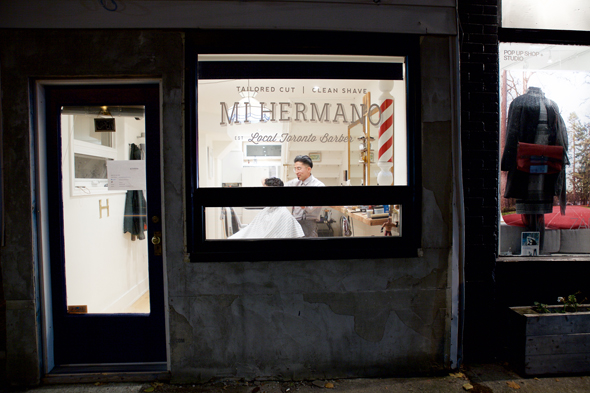