MEC Toronto on Queen replaces the longtime store on King Street as the flagship of this massive Canadian sports retailer.

Spanning a whopping 35,750 square-feet, this piney store has two main floors and carries more than 1,300 products. Scaling the place is an adventure in itself. 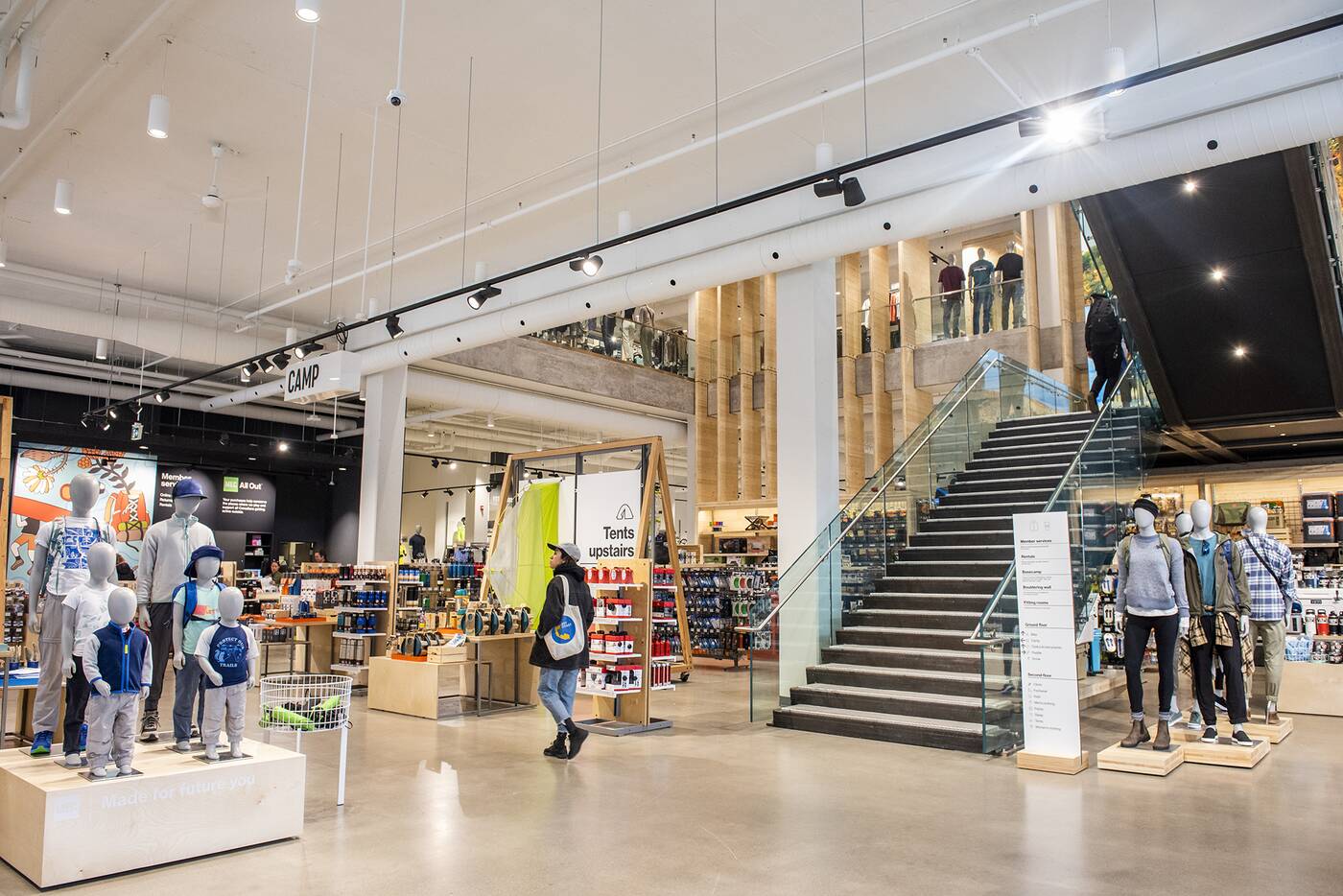 It doesn't matter what kind of gear you're looking for: this doozy of a store is pretty much guaranteed to have something handy for most kinds of adventures—above or below sea level. 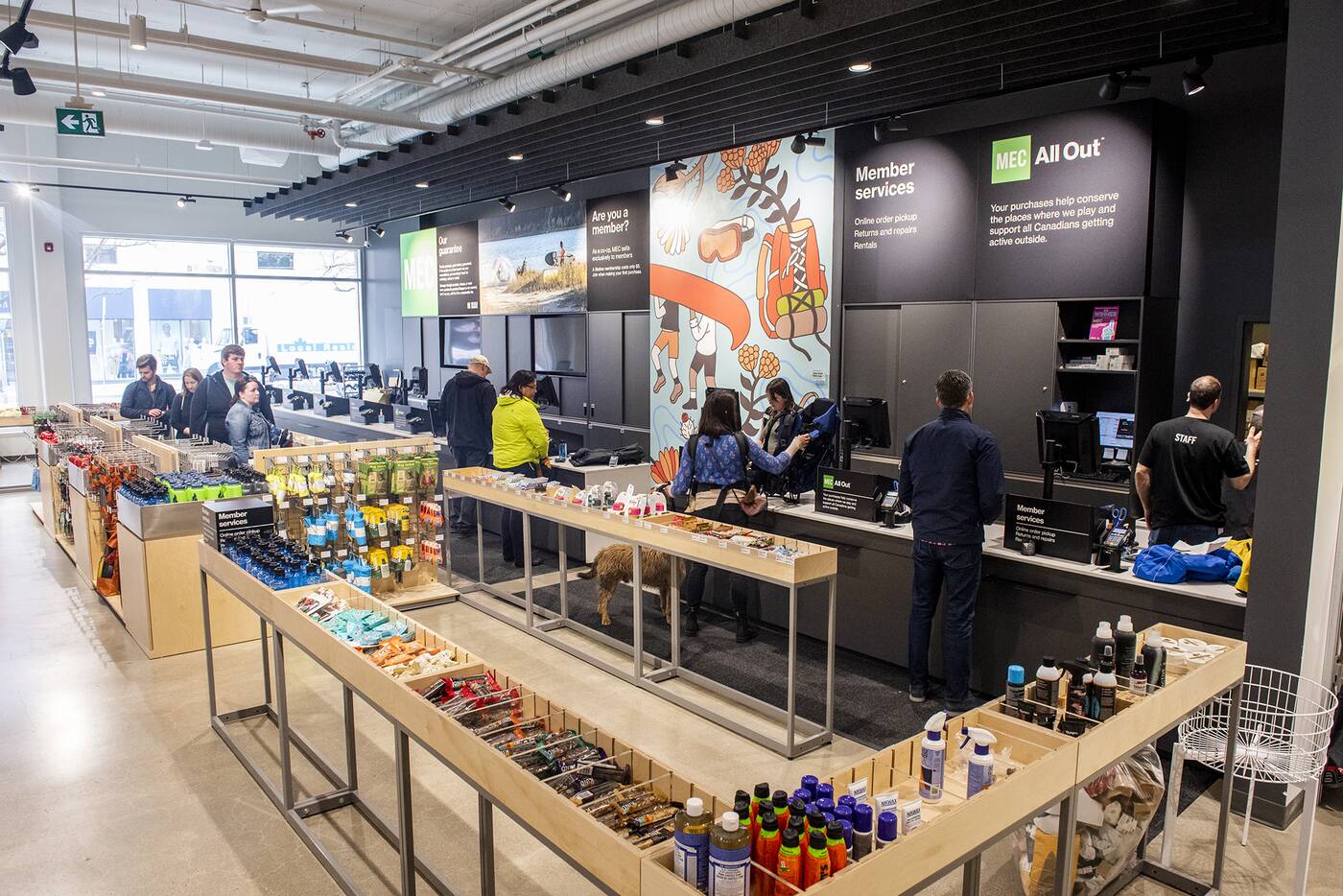 Since it first launched in 1971 as a six-member co-op, renting its gear from the back of a van, Mountain Equipment Co-Op has expanded into one of the country's most well-known purveyors of outdoorsy wear and adventure gear. 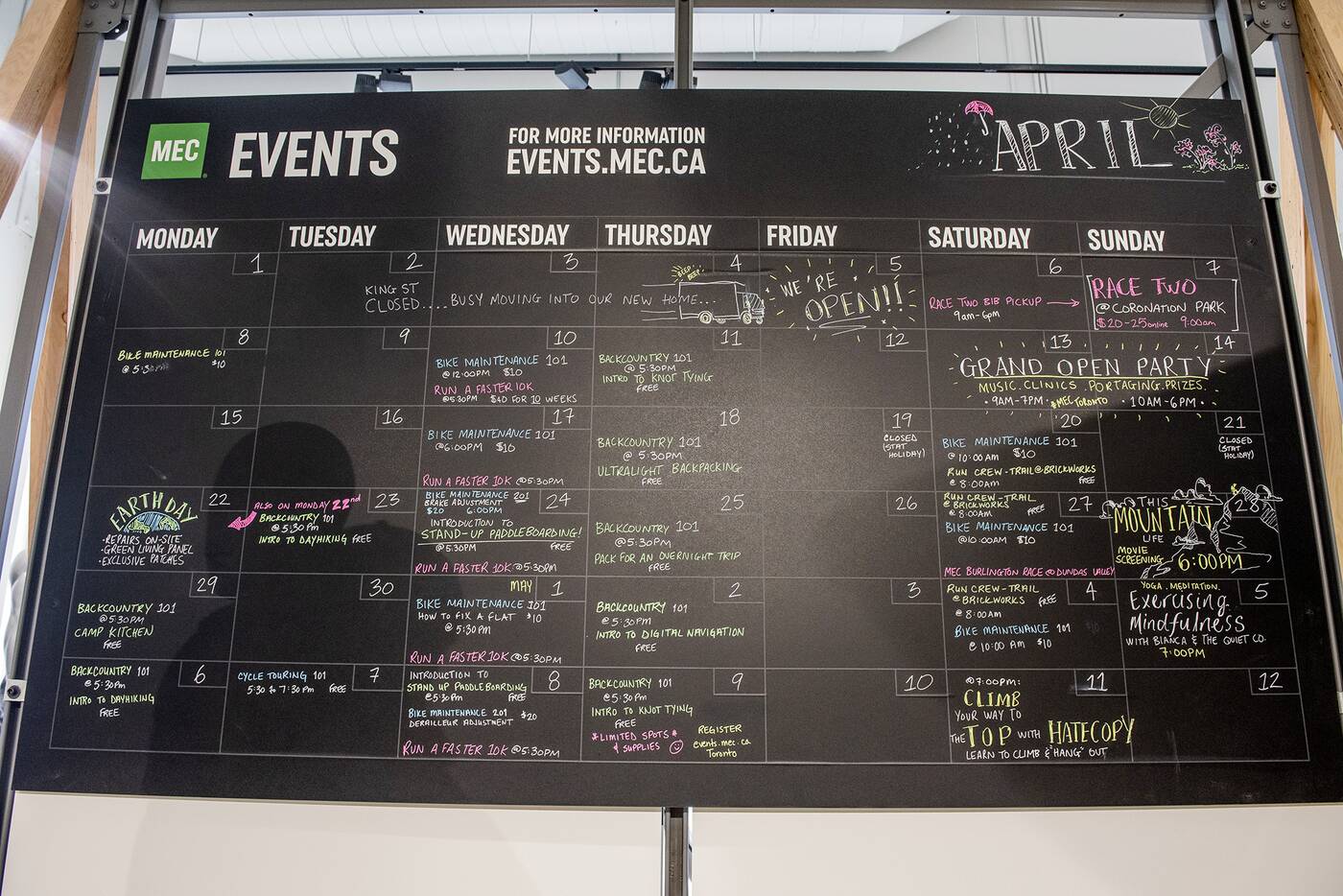 It doesn't really matter that it's changed its iconic jagged mountain symbols to a more abbreviated version; a loan system and comprehensive events calendar make this an indoor paradise for outdoorsy folk.

At this point, MEC is less of a brand and more of a lifestyle. 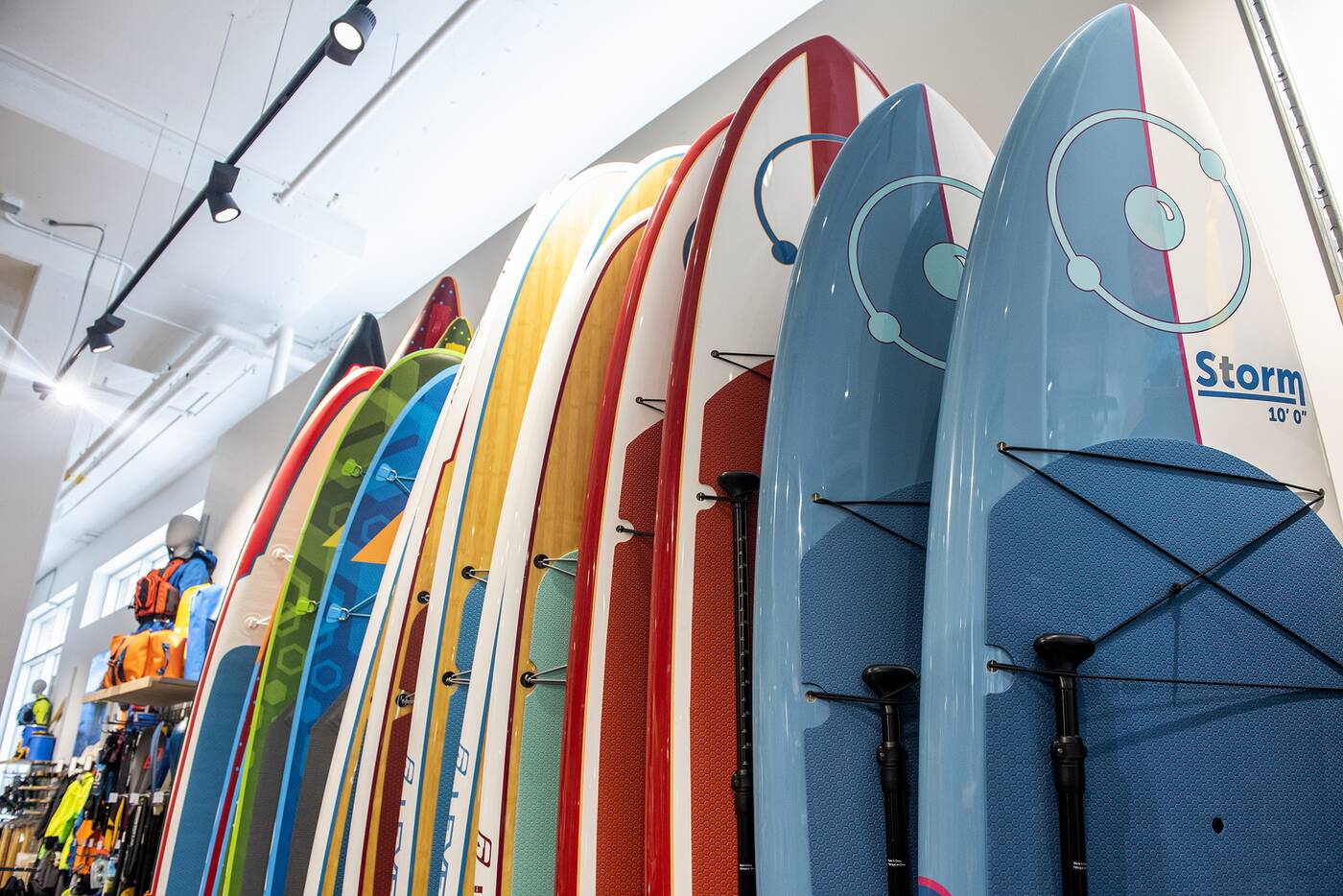 Nautical gear can be found on the right side of the first floor. There's wetsuits, full canoes, and paddles specifically for white water rafting. 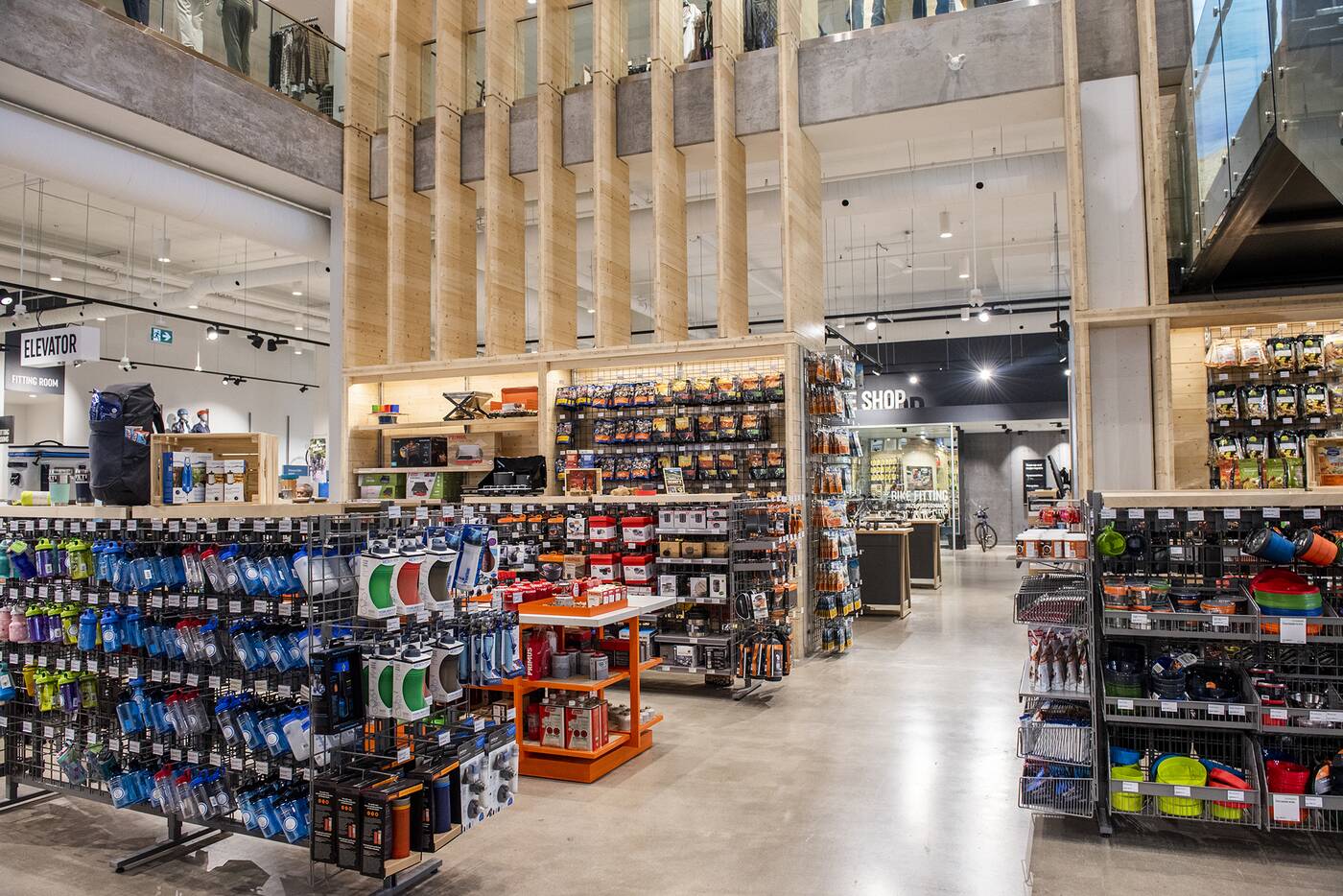 The central area is a mix of stock, including items that fall less under rugged camping and more under 'glamping' (that's camping, but with all glamorous accoutrements of home, i.e. electricity). 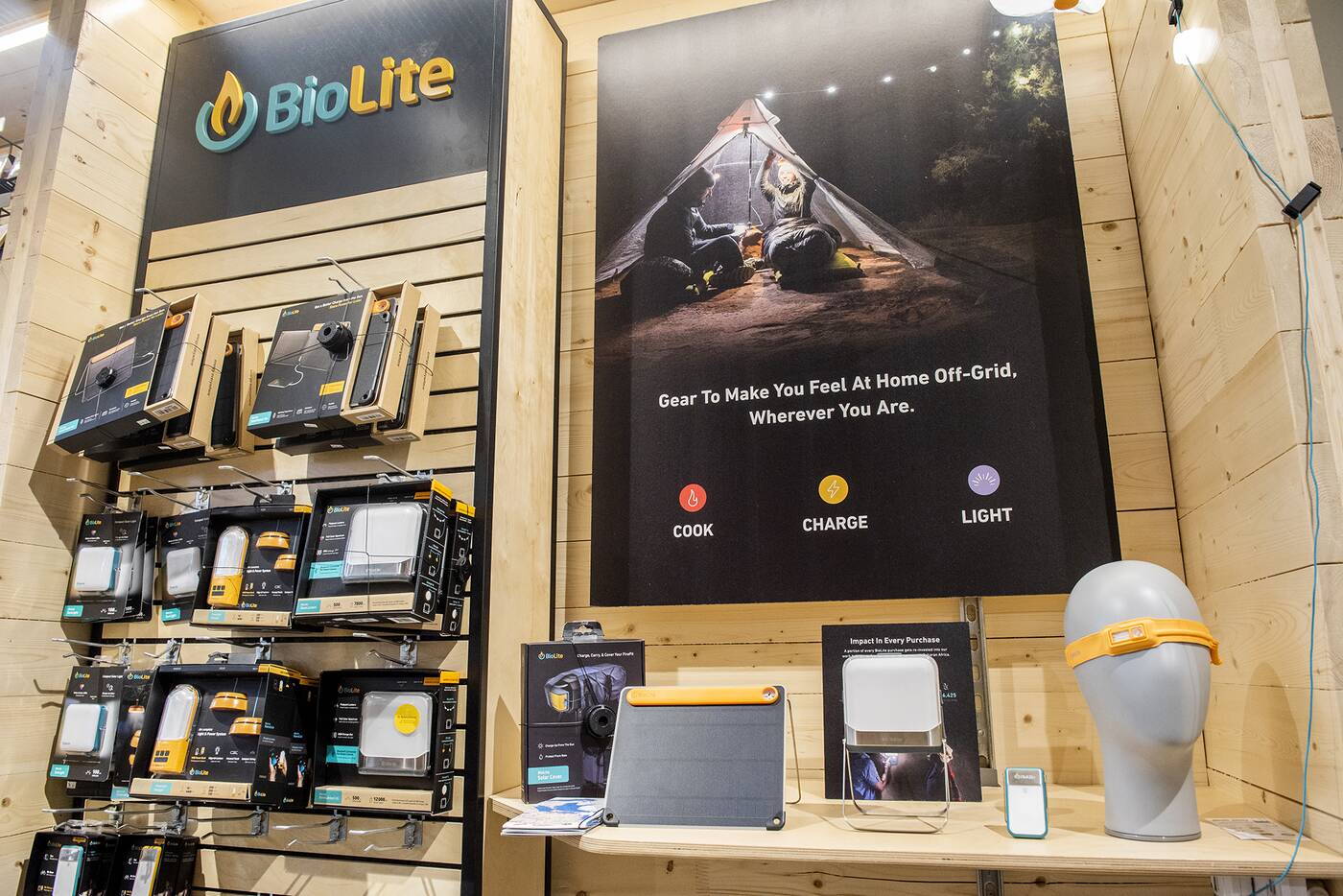 That includes unnecessary (or incredibly necessary) items like travel-friendly wine glasses and Biolite power systems, which ingeniously turn the heat from your fire into electrical power, to charge your phone for things like Instagram—I mean, your compass app.

There's also a section of camping gear for pets, to protect their little bodies from the harsh climes. 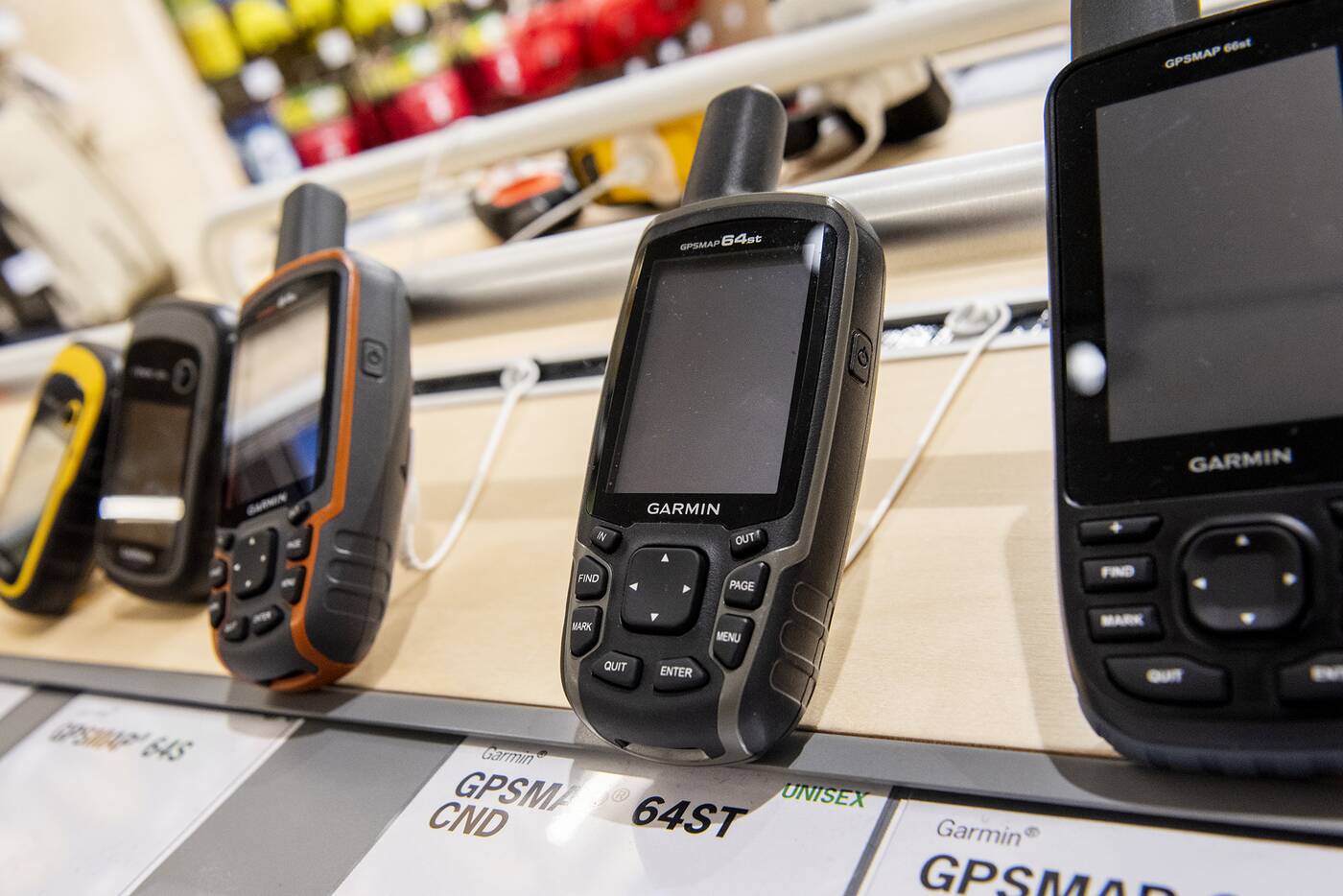 An accessories aisle can easily be moved around to make way for gatherings of up to 150 people, when MEC plays movies on a projector on Sunday nights. 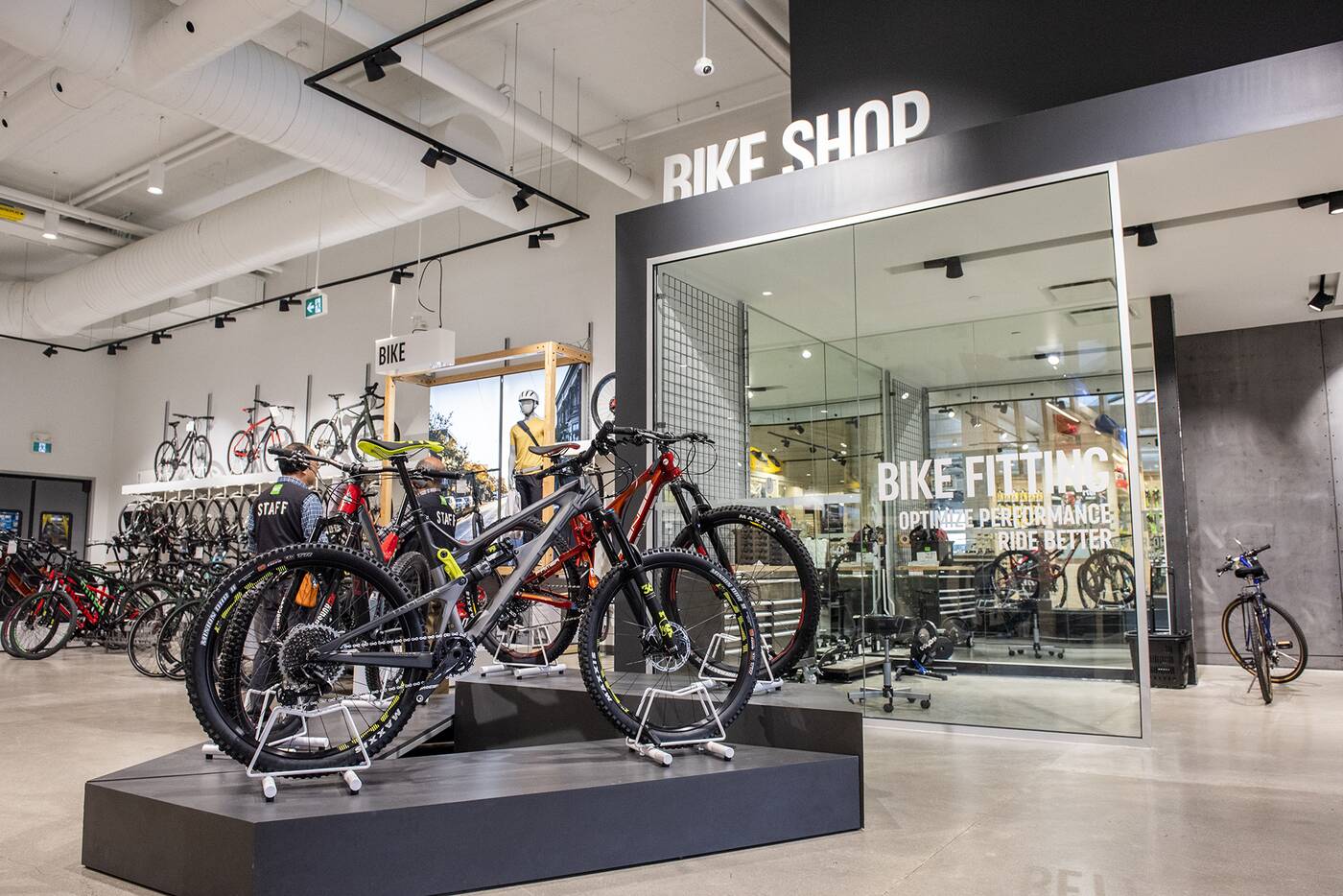 An open concept glass bike shop looks like where Anthony Hopkins makes robots in Westworld, but it's actually where you can go to get your bike repaired and fitted. 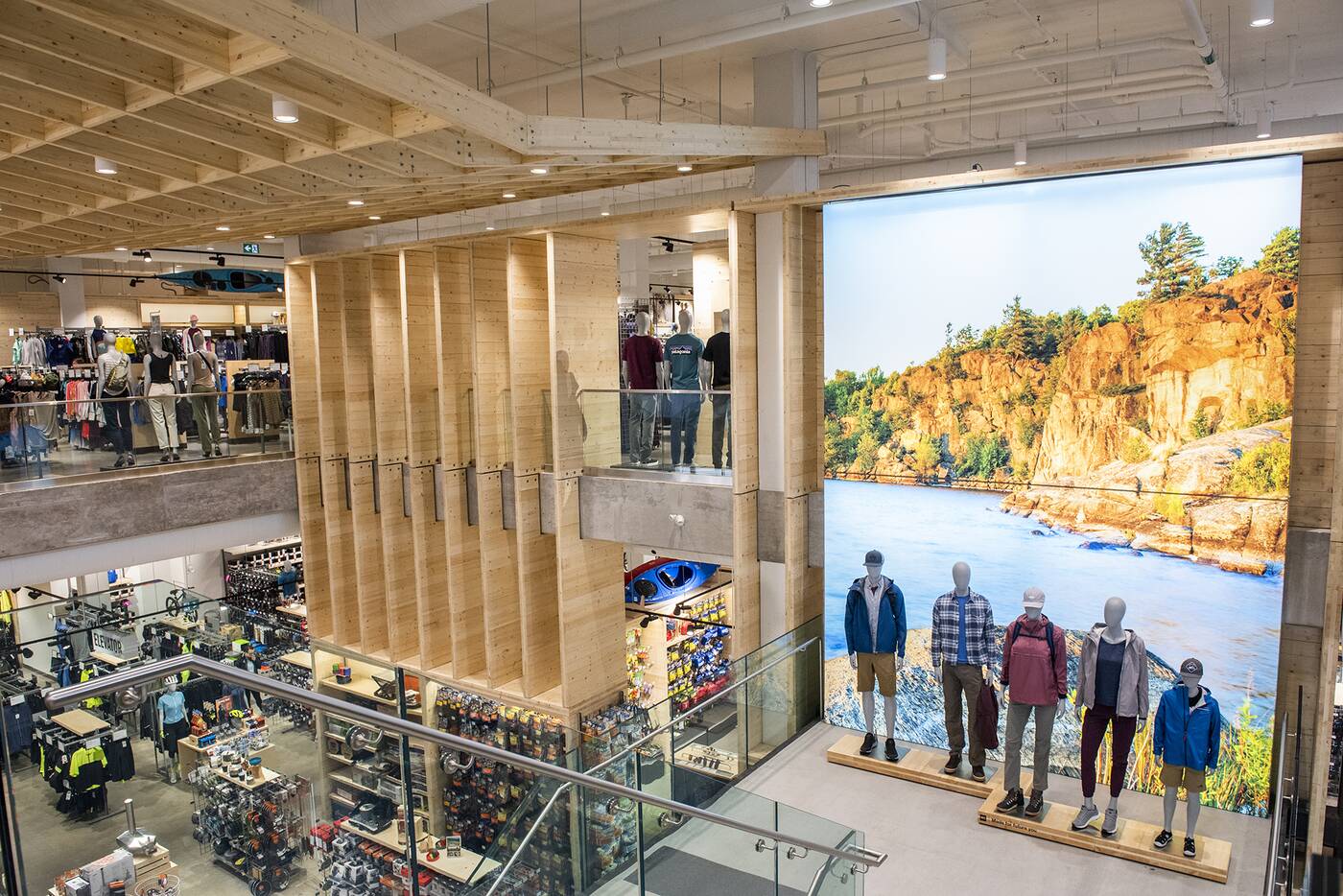 The first floor is a lot in itself, but the second floor has much, much more. 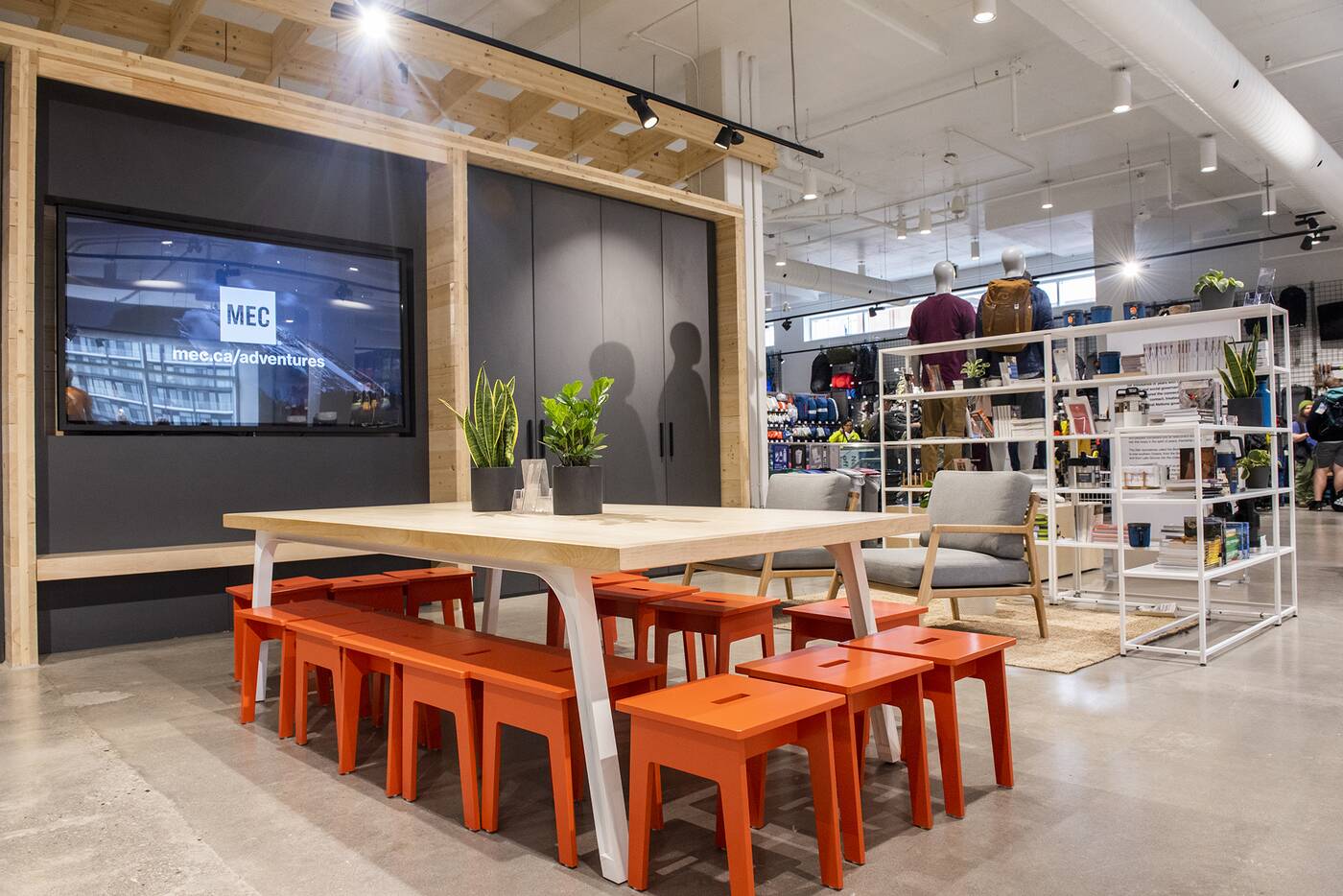 The first thing of note is the small community hub area called Base Camp, where anyone can post up at the table and plot out their next escapade with, say, MEC Adventures, a new program which takes participants on journeys to scale Mount Everest, or explore Tuscany and Vietnam. 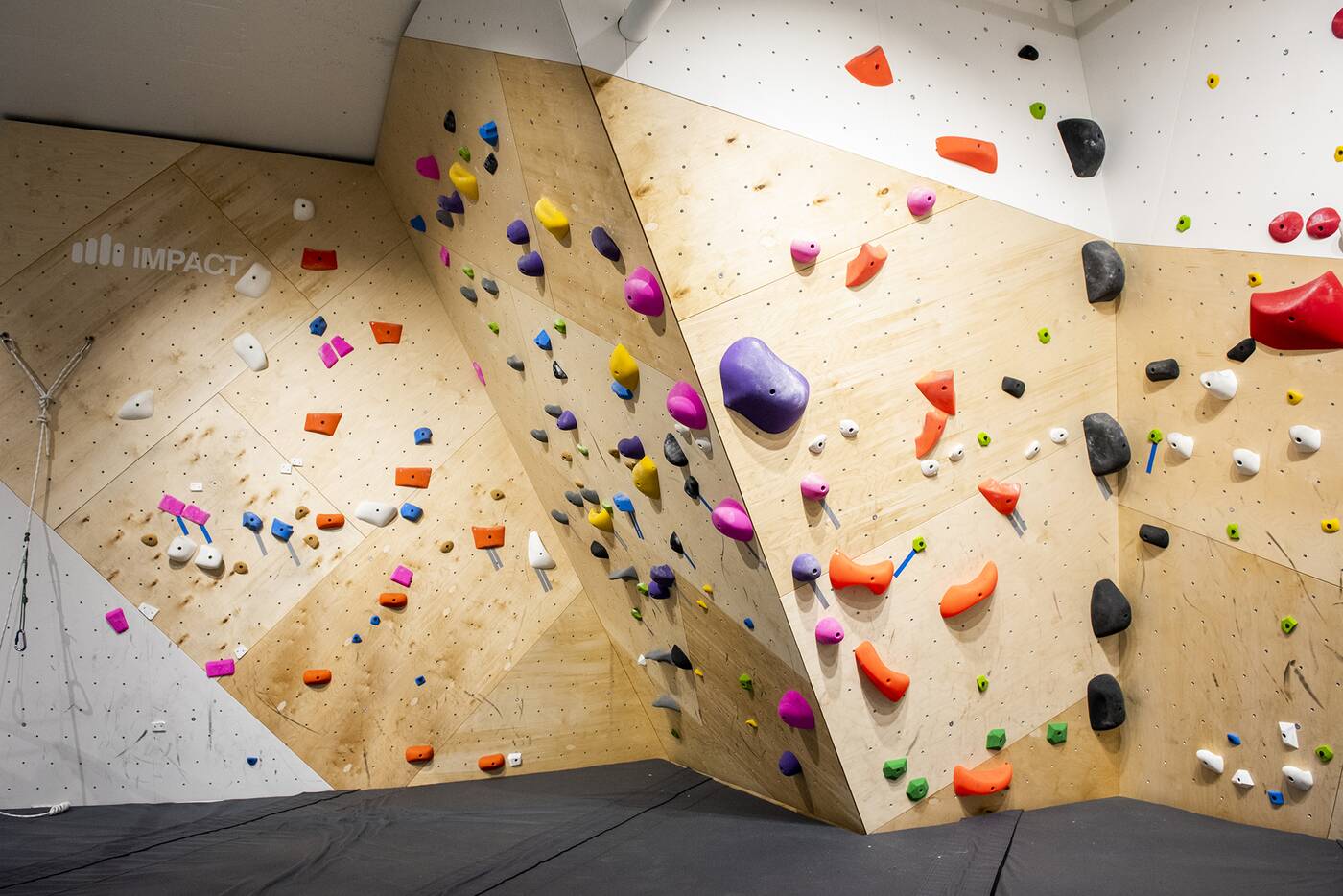 There's also a super fun bouldering section, where shoppers can try out MEC's rock climbing shoes on the bouldering wall.

Here's where you'll find a plethora of screwgates, half dome climbing helmets, chalk balls, and harnesses from brands like Petzi for sale. 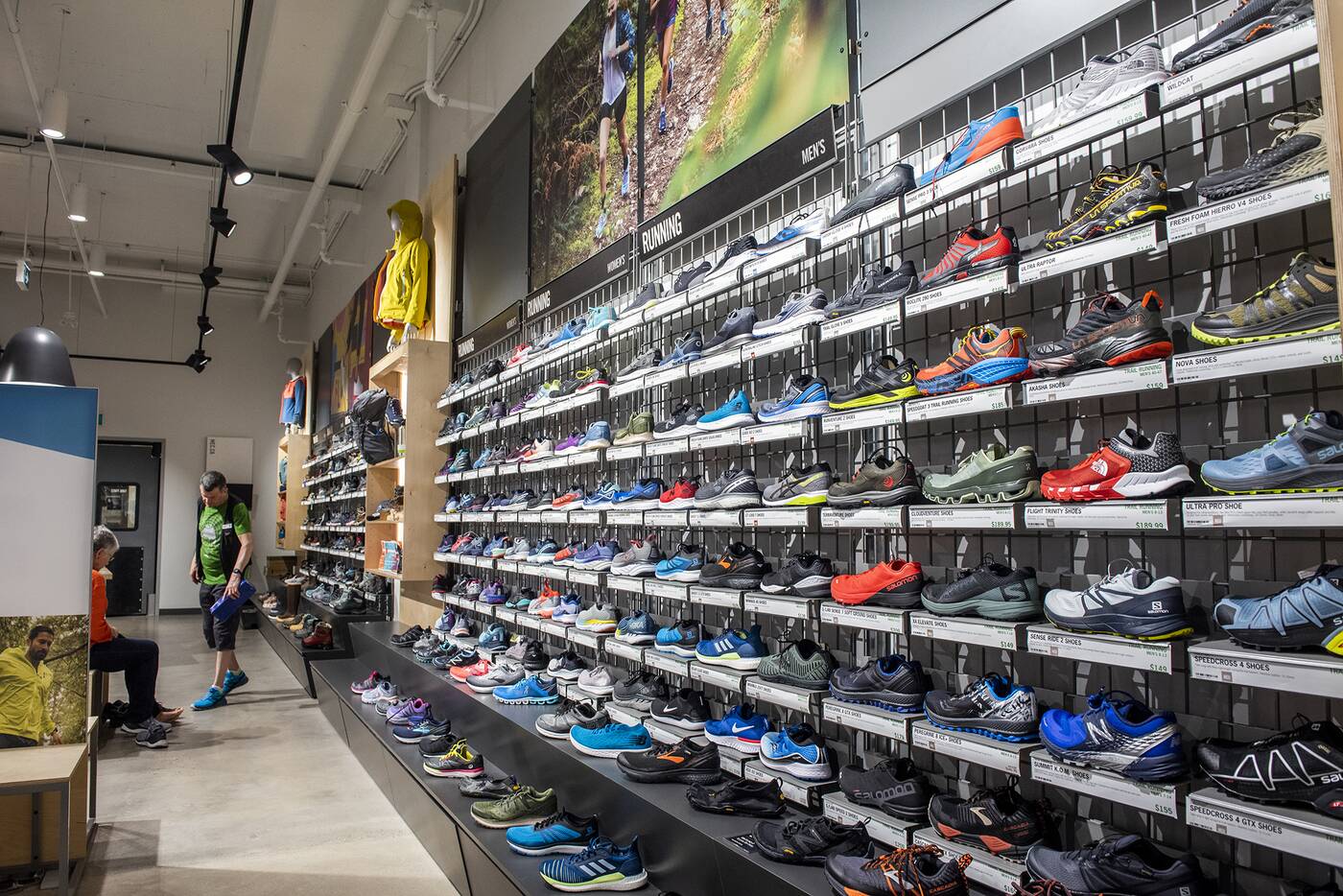 Other places where you can test out your gear pre-purchase include a small, fake boulder in the Run Lab that lets you test out your North Face or Salomon hiking shoes. And there's a pair of treadmills, where you can get a feel for the speed and incline capabilities.

Of course, there's over 50 types of tents here ranging from small tiny tents to the Autana XL Explorer Series, which you can attach to the roof of your car. 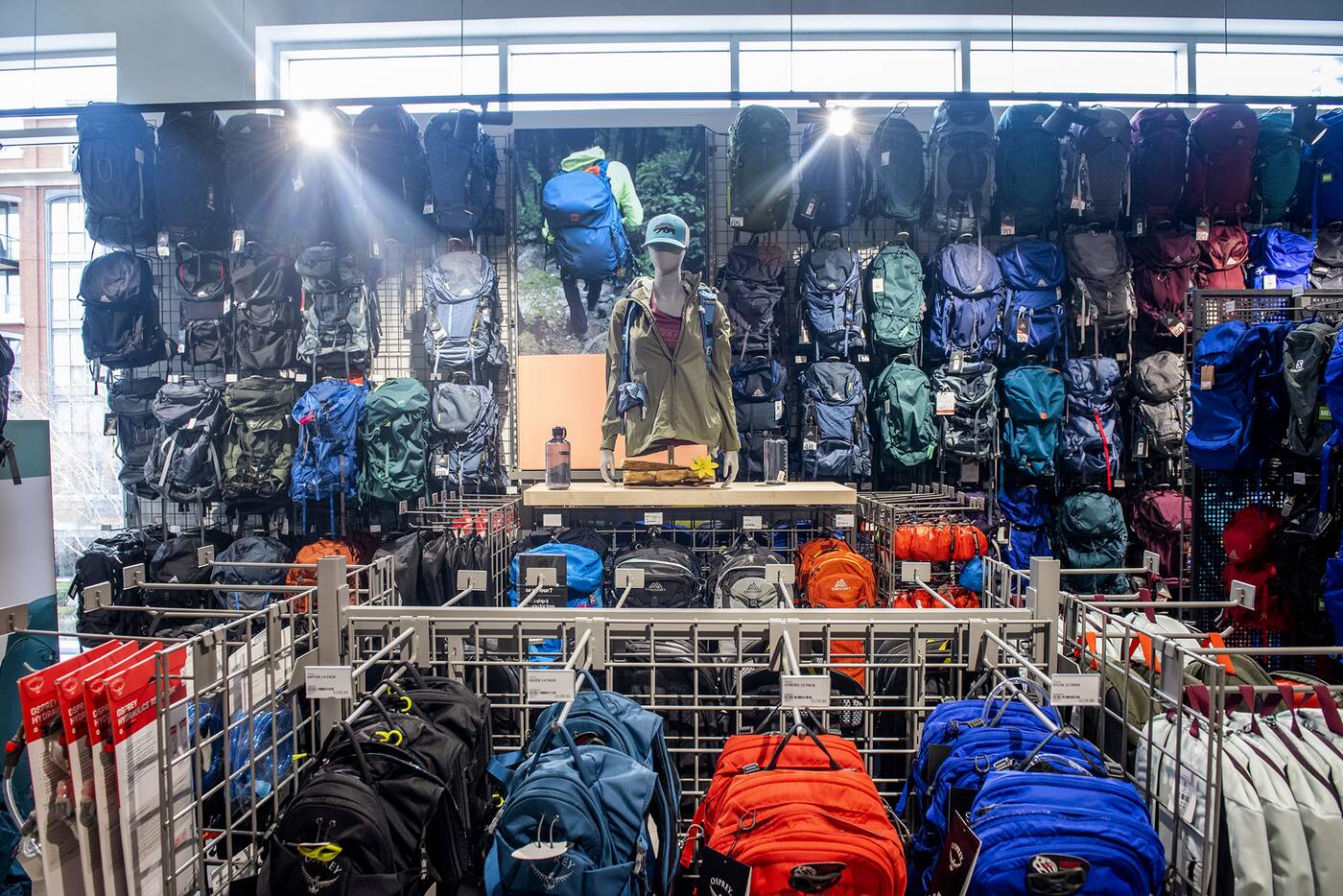 There are few things more crucial than a good travel bag, which you can find in abundance. Brands like Gregory, Patagonia, and Timbuk2 come in practical styles, which for example, keep smog out of your belongings. And of course, there's the classic MEC duffels.

You can basically fill out your entire wardrobe with MEC clothes. Apparel here runs the gamut from yoga pants to mindfully-dyed fleece sweaters perfect for just lazing around. Serious hikers need breaks, too. 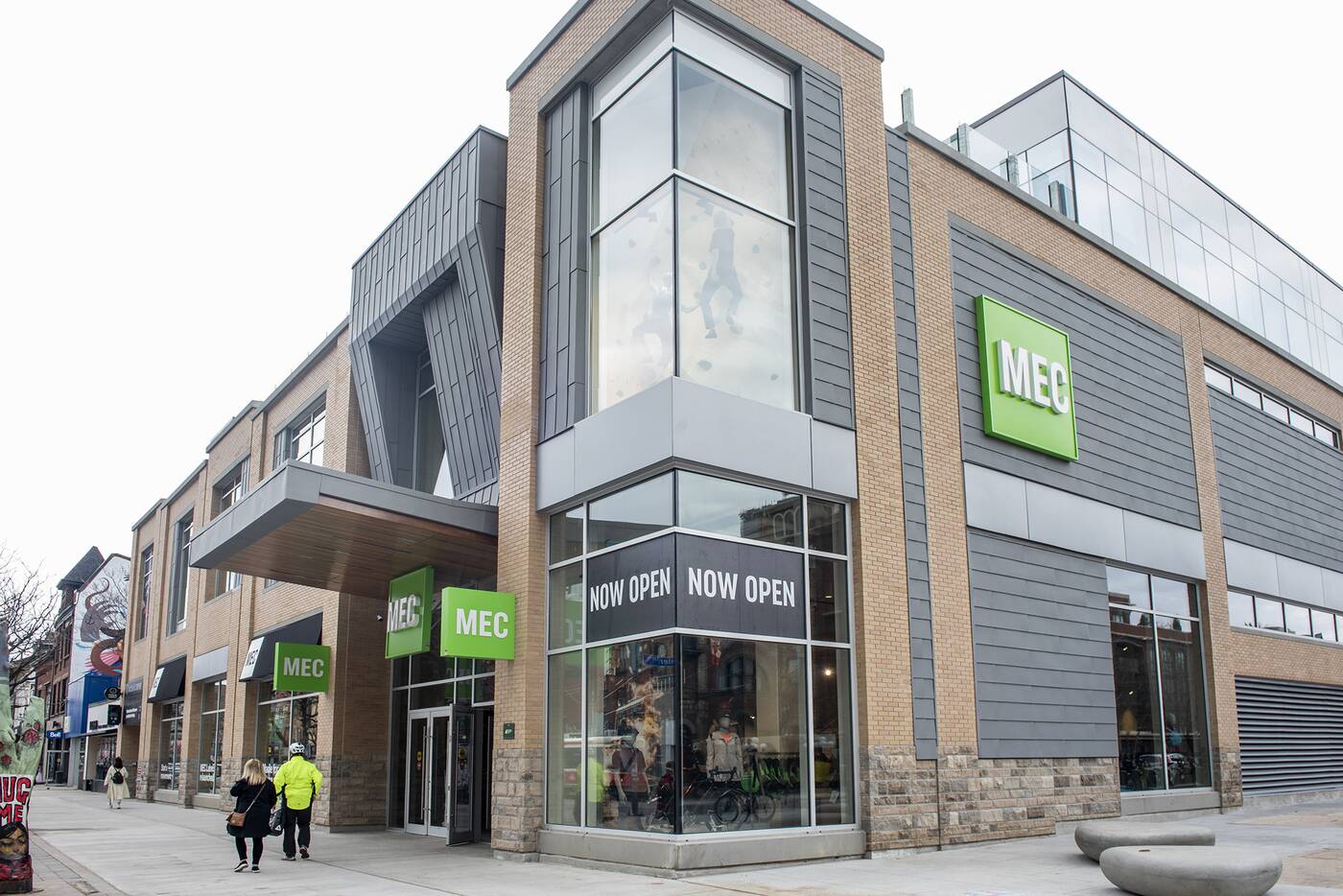