Lululemon at 318 Queen Street is a massive concept store divided into three areas; The Residency (retail area), the Hustle, the communal lounge area in the back where you can read and work, and The Attic, the space to sweat it all out.

Here they have collaborated with Toronto designers to create artwork on its floors, and graffiti on its walls in the Hustle area, named so in an attempt to "escape the hustle of the city," and relax into the flow of Lulu. 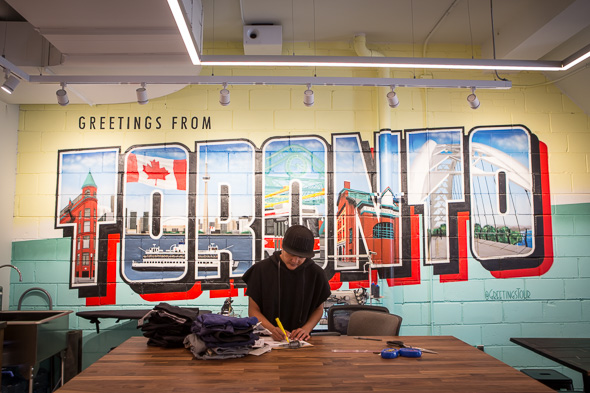 Toronto artist Adeyemi Adegbesan's photos featuring Toronto landmarks are arranged in a heart-shaped display on the wall. The 'Greetings from Toronto' painting was done by American artists Greetings Tour . 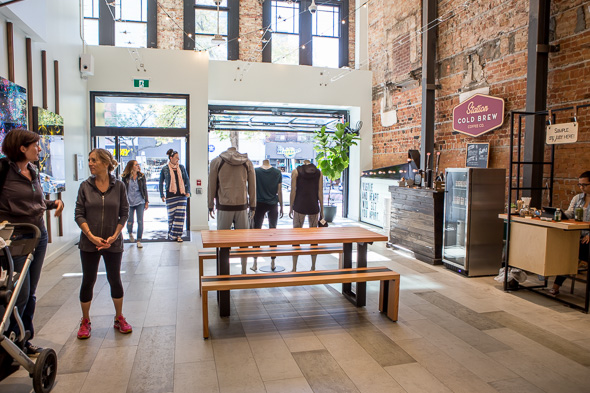 The front of the store has local Station Cold Brew coffee and Village Juicery , as well as a mini-caravan to take selfies. 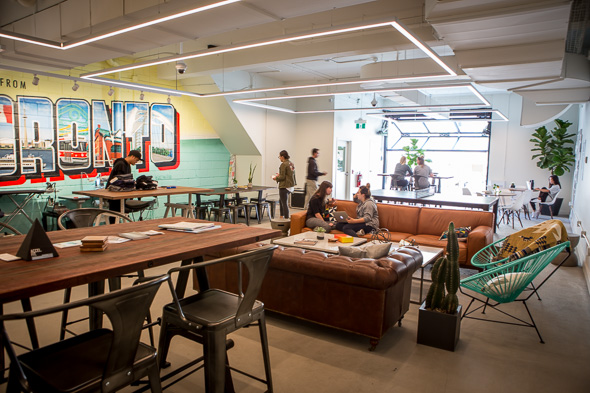 In The Hustle there's a DJ playing near the patio, complimentary in-house hemming, and free WiFi. The space is a 'thanks for having us' gift from the giant retailer to its new neighbourhood. It can host community based events such as cooking classes, book clubs or just a general gathering space for a well-lit Instagram photo. 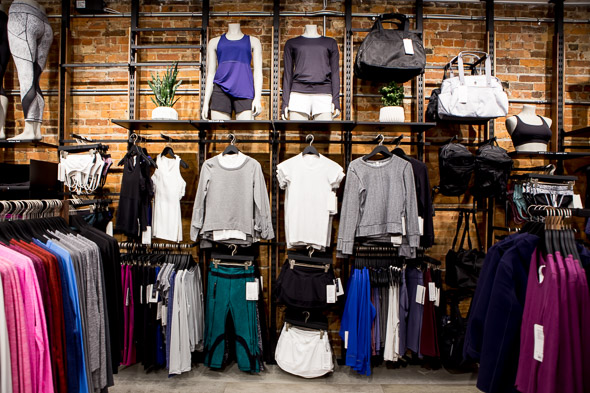 To get to The Hustle you have to walk through the retail section, which is adorned with men and women's fashion, grab-and-go bags, running shorts and the eclectic assortment of yoga pants. 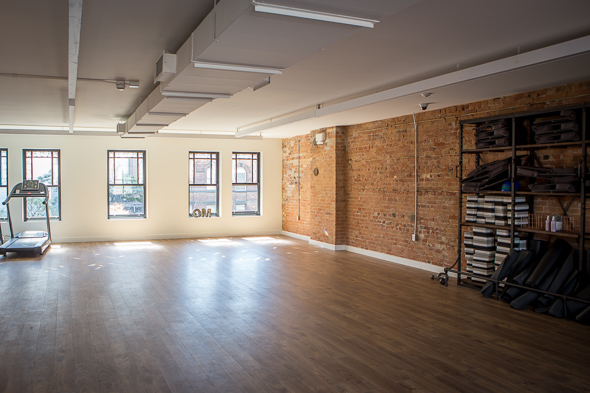 The Attic hosts mostly free yoga, and some meditation classes taught by reputable yoga teachers, who you may run into at your usual yoga studio. The large yoga space is equipped with change rooms, Lulu branded yoga mats and equipment, free Vega protein bars and Flow Water. 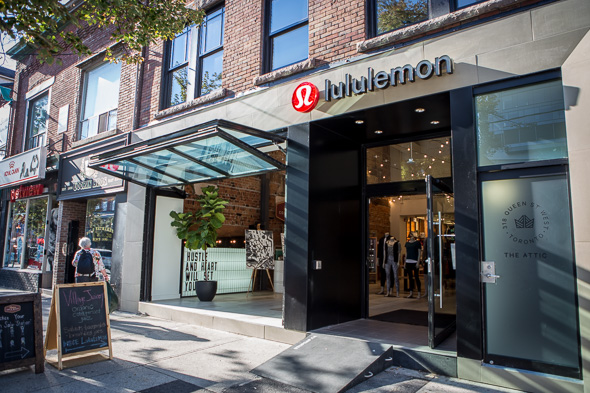