The Mad One Barber Shop is tucked away in Black Market Vintage's basement space on Queen West. If you walked quickly past the northeast corner of the store and didn't notice the waiting-room couch and the barber pole hidden among the racks of clothing, you might not even know it was there.

But there's plenty of guys who do - and they're willing to wait around on those couches for a cut from Jay Cartasano (better known as the Mad One), business partner Jay Lorenzana (or Jay Da Barber) and their team. The shop's been in the same spot since before 2007, when Cartasano took over what was then a barber shop called the Corner and gave it his own nickname. They don't take appointments, but you're welcome to sign up for a cut and come back - or hang out while you wait and make some friends. 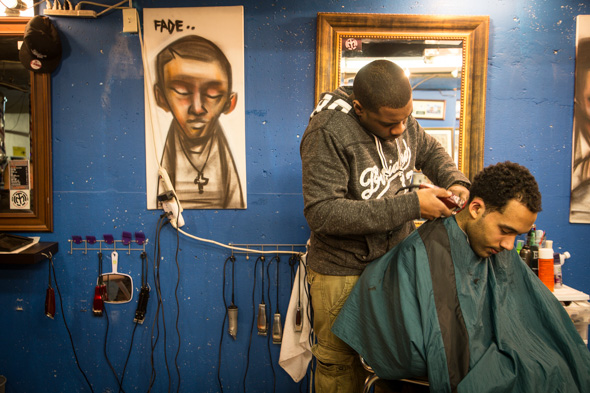 "We're keeping the barber's thing alive - the atmosphere, the openness," Cartasano says, gesturing around the store, where a few guys - either customers or friends just dropping by - are having a chat on two of the well-worn barber's chairs. "My friend who cuts here ... actually came up with a slogan for us. It's basically: The Mad One's Barber Shop is where we connect the dot" - as in the T-dot. 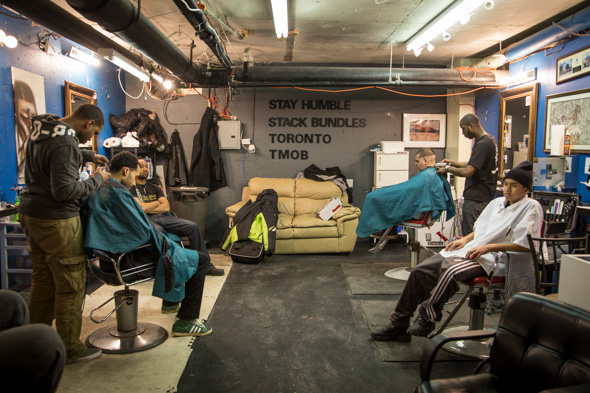 The store's clientele skews toward younger guys, though Cartasano says it includes everyone from doctors and lawyers to artists and musicians, from little kids to pro athletes (notably, UFC champion Jon Jones and a smattering of Raptors and Argos). But here, he says, "everyone's a winner".

"Every walk of life comes through here - because it's not intimidating. Some barber shops are very intimidating - you go in there, you don't know what to do, who to go to. Here, it's very open-door. Everyone's welcome here." 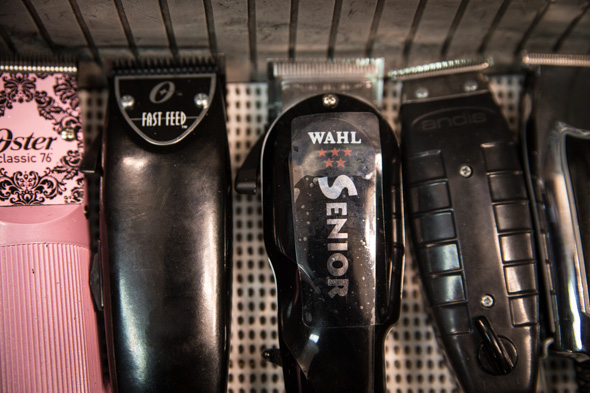 The laid-back atmosphere and old-school clubhouse camaraderie isn't the only thing that gets guys (and a few girls) through the door. Cartasano, whose team has won a slew of barber competitions in recent years, specializes in flawless fades. "They're seamless. You don't see dark spots, you don't see bars, things like that," he says, chatting away while working one of those famous fades into a customer's hair with a pair of clippers.

They're so proud of them the shop has dubbed them the "Get Laid Fade". Does the name check out? "Oh, hell yeah. That's actually how the name came about. One of the clients kept getting it. He was like 'Let me get that Get Laid Fade!' That's how it stuck." 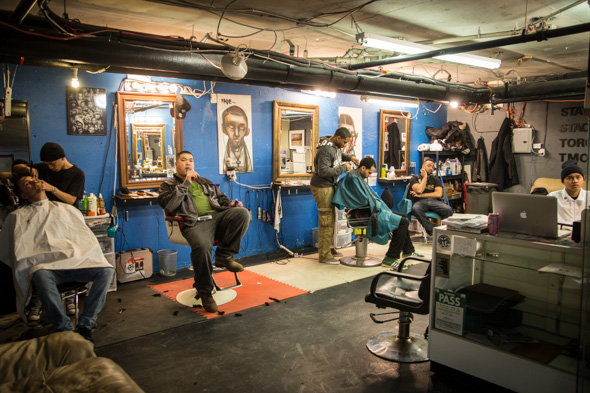 Designs are another specialty: Cartasano took Best Design in a barber competition with a portrait of Tupac. (In case you were wondering, it takes about 40 minutes to shave Tupac into someone's head.) Designs jack up the price on a standard cut, which will run you about $20. 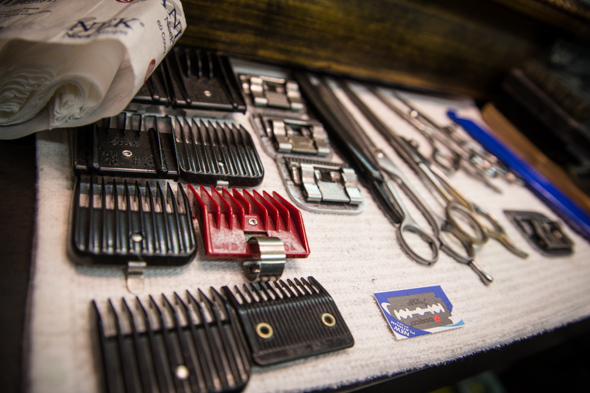 As it turns out, it was a lousy fade that got Cartasano into the barbering business. "Basically, I got a haircut in the '90s. I wanted to get a really good fade, but I wasn't sure who to go to. Somebody referred me to somebody who was supposed to be like this amazing barber in the Eglinton area. The guy who ran the barber shop really messed up my hair."

That same day, he went out and got a Conair at-home grooming kit; soon, his brother and friends were bugging him to do their cuts. "Barbering pretty much chose me to be a barber. That one day pretty much changed everything." 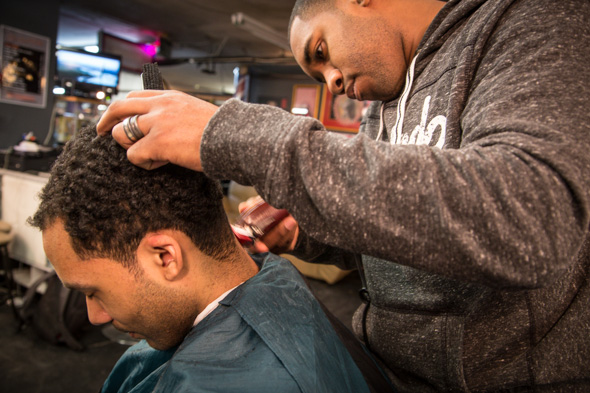 Back then, he says, the profession was far more closed-off and focused on preserving trade secrets. "We want more artists - we want the art to stay alive. So we're building it up - we're networking with other barbers," says Cartasano. The shop stays active through social media and competitions, keeping up with trends and new players in the barber scene - so it's possible you could walk into Mad One, or their sister location in Scarborough, and get some sweet design that's all the rage in Japan right now.

"It's not like a big competition anymore. We're trying to be a community, like a brotherhood type of thing." 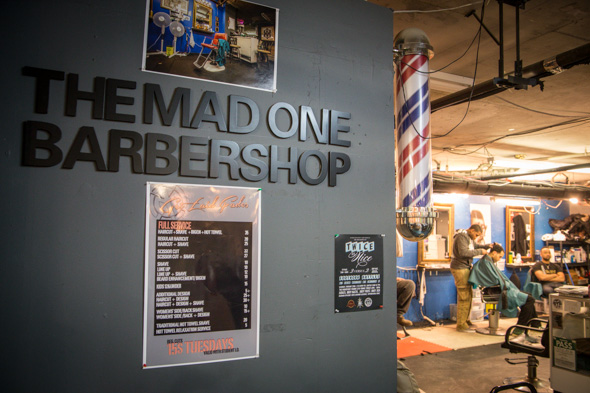