Lost & Found (Ossington) is currently open but their offerings and services may be affected due to the pandemic. Please contact the business directly for more information about any changes. Is this your business? Please contact us if you would like to update this message.

Lost & Found on Ossington is version 2.0 of their now-closed boutique on Dundas West . The menswear/coffee shop hybrid is just as down-to-earth as before - white walls, exposed brick, and shipping crate furnishings are still very much in the picture. But, the new space is much larger, giving owners Jonathan Elias and Justin Veiga more room to offer the made-in-North-America clothing and fair-trade coffee they're known for.

Update: Since the writing of this article Lost & Found on Ossington has undergone renovations and changes. 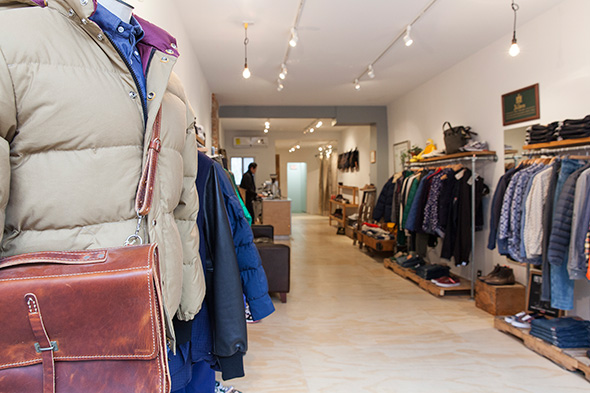 Last week, I popped by for a visit. After being greeted by Radar the dog (read: the king of the castle ), Jonathan handed me a mean maple latte to sip on while I perused the merchandise. Compared to sister store Working Title , he defined Lost & Found's menswear as less contemporary and more heritage; their wool utility jacket - designed by Filson in 1914 and available in forest green and charcoal ($375) - confirms it. 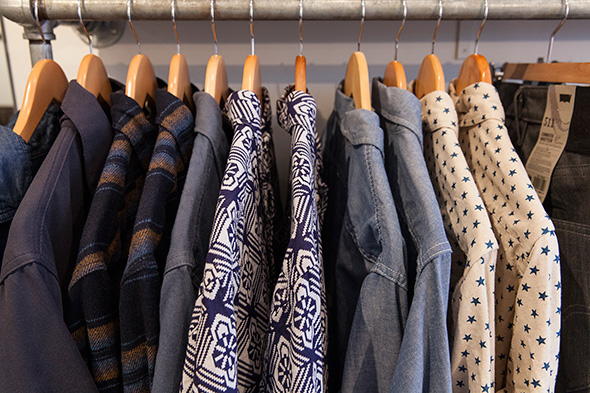 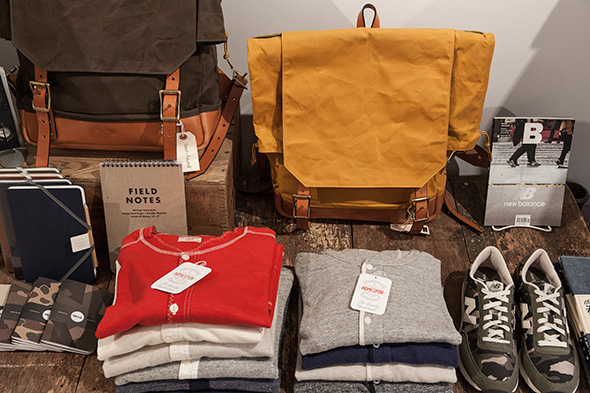 Plus, a sizeable shelving unit by the cash offers lifestyle products crafted with the same pride as the clothes. I immediately gravitated towards the bright, beehive-shaped mugs ($30 - $32), but I'm sure the Imperial Barber pomade ($22) would've been just as interesting had I felt like parading a perfectly coiffed pompadour. 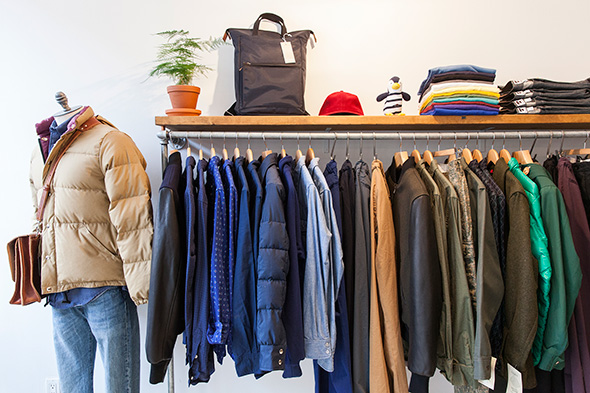 I asked Jonathan how he was coping with leaving the Dundas West shop he so lovingly nurtured for almost three years. "Moving to Ossington was the best decision ever," he raved before spilling a few secrets on the future of Lost & Found. 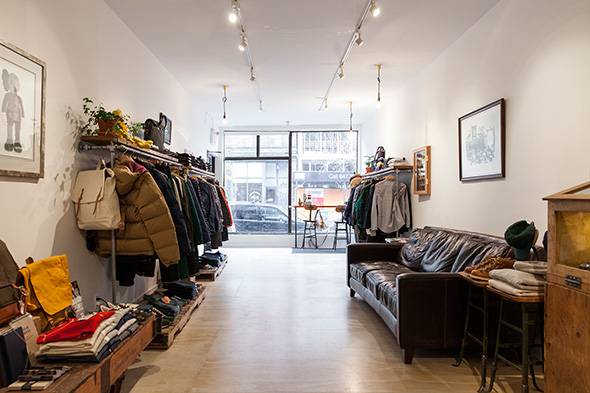 Apparently, the bigger space won't exclusively be dedicated to retail. Next Spring, they'll open a coffee drinker's oasis on the back patio as well as a pop-up shop space in the garage. Until then, I'm content with a leisurely riff through the plumbing pipe racks, Radar at my feet and latte in hand. 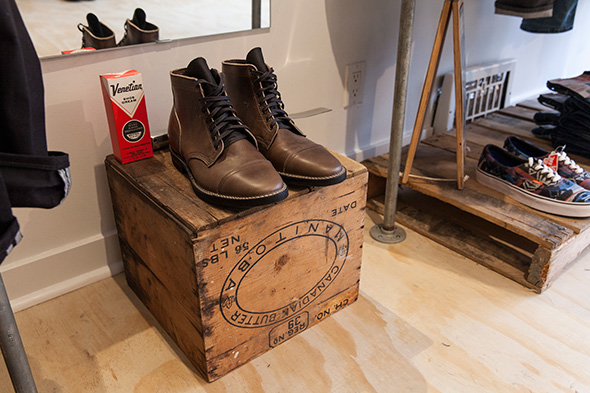 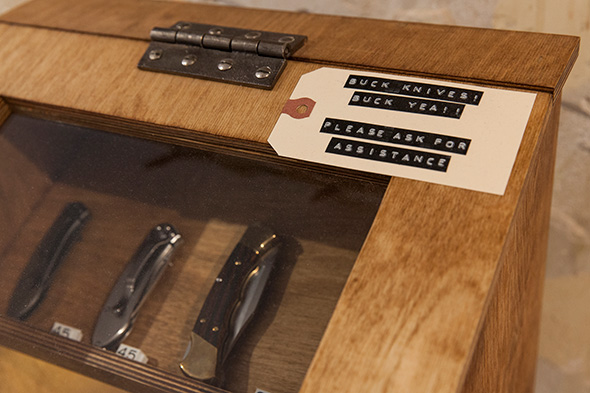 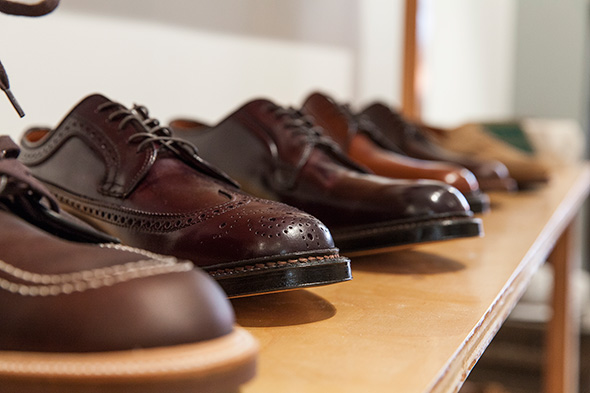 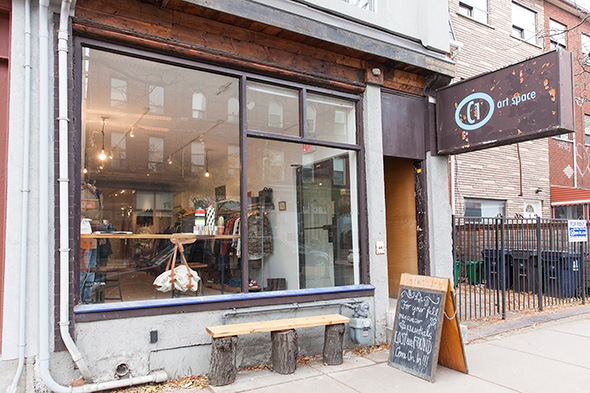