Lost & Found is one boutique retailer where you won't feel guilty sipping your coffee as you peruse the merchandise. I know I've more than once felt the glare of storeowners as I drink my coffee and run my hands along their clothes. But at Lost & Found, they not only invite it--they actually encourage it. 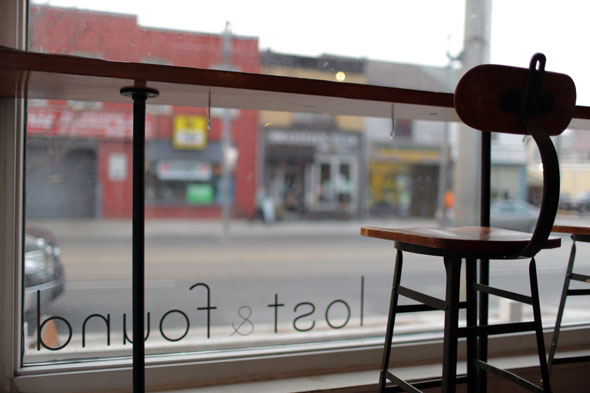 The 2-month-old shop in Little Portugal on Dundas west of Ossington is part clothing boutique and part espresso bar. 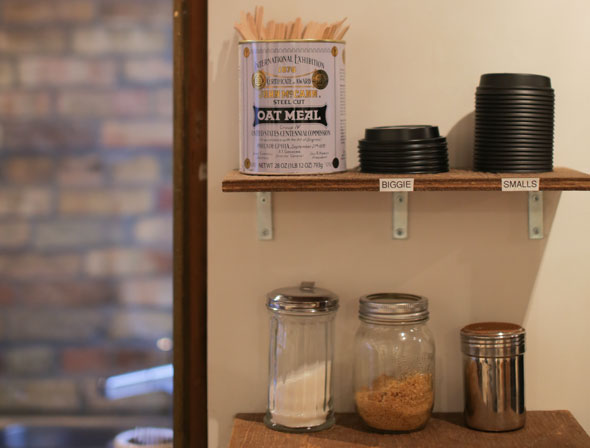 They offer americanos, lattes, macchiatos and other coffee drinks (tea coming soon) made with cult-favourite Metropolis coffee , a small, fair-trade business operating out of Chicago. 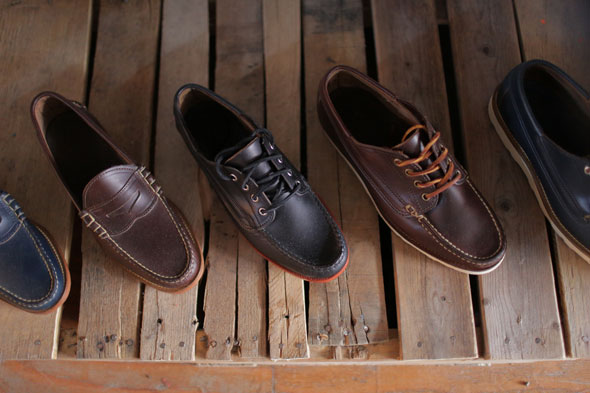 "Anytime I'm shopping I like to have a coffee with me," co-owner Jonathan Elias tells me. Elias has been in fashion for over seven years, previously working as a merchandiser for The Gap in San Francisco, as well as on his own clothing label . 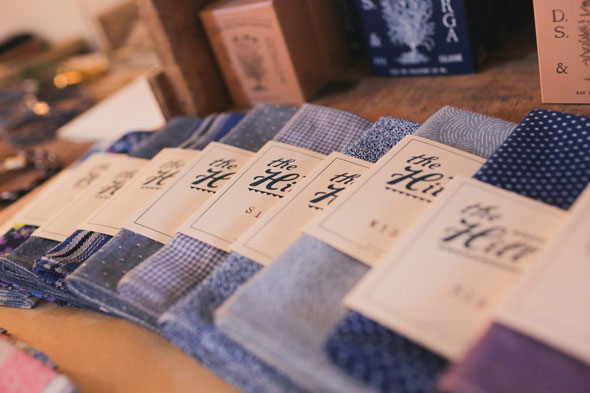 "It just makes the atmosphere warmer, more relaxed," adds Zai Rajkotwala, another co-owner who studied fashion in England and previously managed The Paper Bag Princess . The third partner, Justin Veiga, is a teacher by day and handles the coffee end of the business. 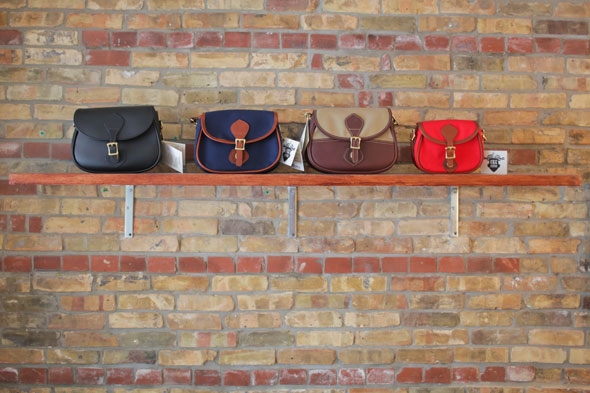 Veiga and Elias discovered the spot (formerly home to The Nutritionista ) in Little Portugal while they were biking along Dundas. They loved the exposed brick wall and felt the area was up and coming, so they showed the space to Rajkotwala. "I was wavering," she tells me. "But then when we were outside, I saw a sign--literally, a sign in the window above the space--that said 'You Already Know.' It sounds silly, but I knew we had to get it." A resident in the area is known for putting up three-word poems around the city. 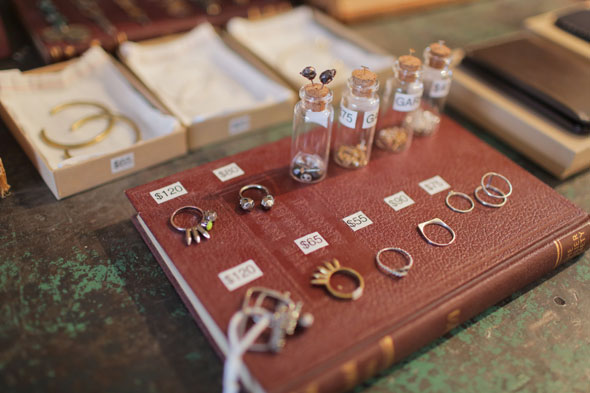 The merchandise at Lost & Found is all about handmade, clean lines, and locally or U.S.-made. Among the lines they carry are Creatures of Comfort and In God We Trust. 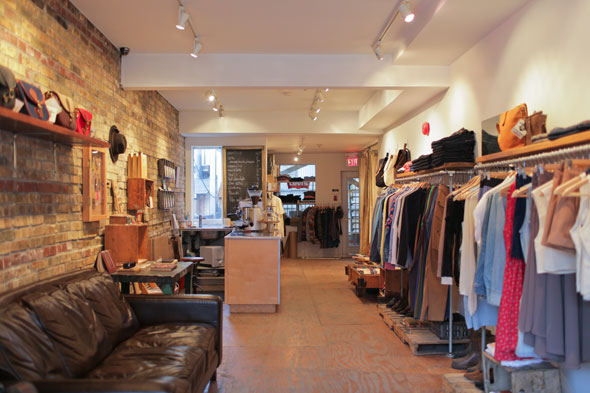 For men, Lost & Found carries Wolf vs. Goat dress shirts (around $175), which Rajkotwala says come in "before dinner" and "after dinner" styles. Hanging across from the espresso machine are leather and canvas MAKR Carry Goods bags ranging from $135 to $175. 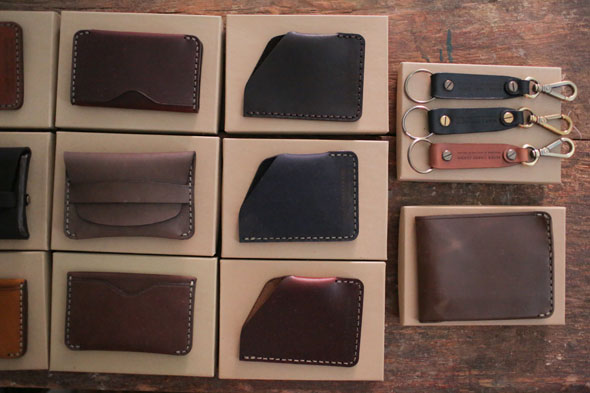 Lost & Found also has Levi's for men and women and is expecting shoes for spring and summer from Oak Street Bootmakers, which are handcrafted in the States. Designs by Toronto's Erin Kleinberg is a more recent addition. 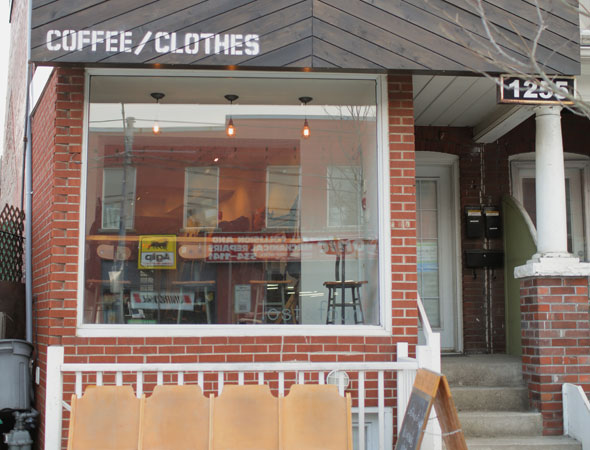