In The Cut is the home of Justin Radam, the guy who keeps Kyle Lowry looking fresh on the court.

One evening, a couple of months back, Radam closed up the store late. He went to the local gas station at Wellington and Spadina to fill up. At the next pump, filling up his Range Rover, is none other than Lowry. Radam gave him a quick pitch and his business card. He pointed to the CityPlace towers , and says "that's my barber shop - come by anytime."

Two weeks later, Radam got a text at 8 a.m - it's Lowry, saying he needs a trim for himself and his son. Since then, Radam's given Lowry four trims in a month and a half. It was the playoffs, after all. 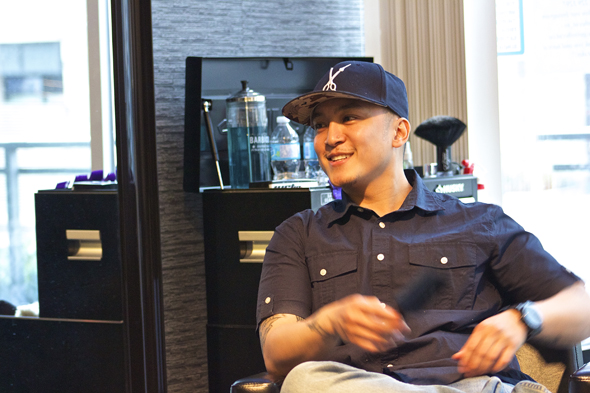 Radam got to this point by straight-up word of mouth. He hustles. He's a self-taught barber. YouTube-taught, too. And he just opened his very own snug, welcoming barbershop in the heart of CityPlace, becoming the newest barber in the downtown core. 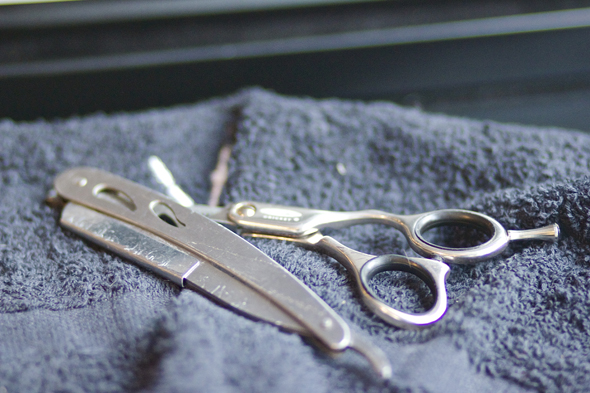 Five years back, Radam started his nascent barbering days out of his friend's basements. Friends or cousins would call him up, he'd grab his gear, and head over to provide $5 fades. Momentum started to build. He then got a chair at a no-name hair salon in Scarborough. More clientele. He then cut his teeth at Hair Highlights, a salon in Scarborough. 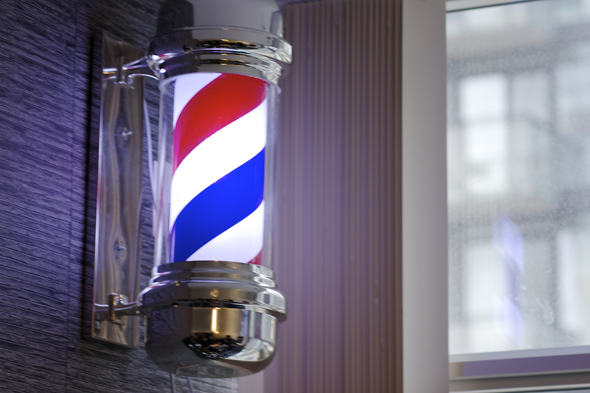 "If there's one thing that I've learned, it's that there's a hidden power behind a haircut," says Radam, speaking over the constant buzz of his clippers as he cleans up a client. "To boost people's confidence and self-esteem with a trade they trust me to do for them, that feels good." 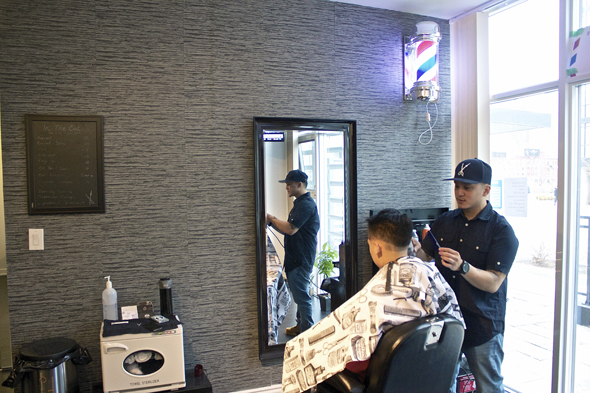 Radam's also the guy that "cleaned up" Justin Bieber's neckline a month or so ago. Bieber wouldn't let him touch the rest of his mop. When Radam was brushing off the trimmed hair from his neck, Bieber jumped up and walked off still wearing the barber cape. Radam asked for the cape to cut the rest of Bieber's entourage's hair. Bieber turned around and told Radam: "I like the cape. I'm gonna keep it. It's mine." 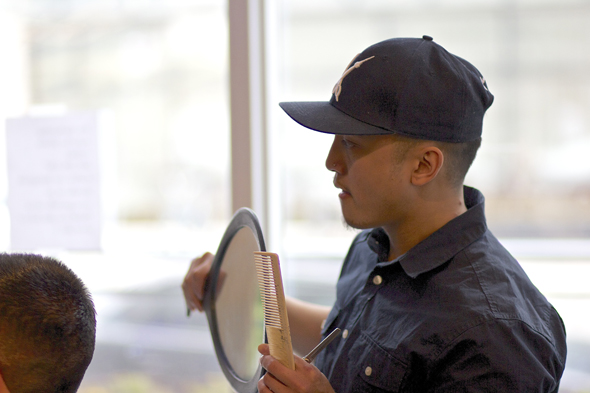 Radam would be remiss if he didn't mention there was apprehension about opening up his own shop downtown, making the leap from Scarborough. "At the end of the day, you have to believe in yourself. Believe in your vision - and work your ass off and make it happen," he says. 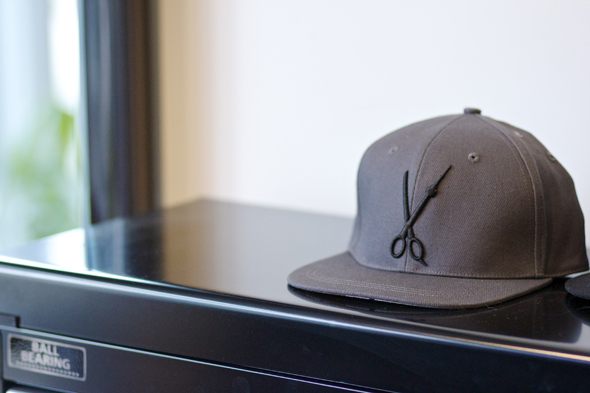 The walk-in CityPlace clientele has shocked Radam - about half of his clients are from foot traffic. And when he says word-of-mouth, Radam means it. One of the first things he did after opening was walk around to each condo in the neighbourhood and offer every security guard a free cut. 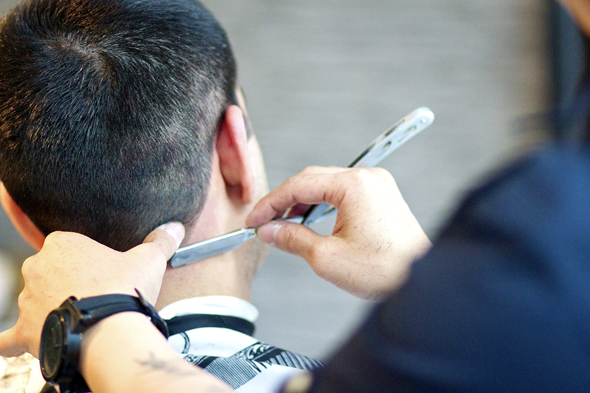