Good Neighbour sells cool, casual clothing for men and women, quirky home goods and bath products, and a couple of art prints and greeting cards, all in an airy, friendly atmosphere. That's a common retail setup in Toronto; Drake General Store , Likely General , and Easy Tiger all come to mind. But in Leslieville , where the store opened its doors just a week ago, Good Neighbour stands apart.

The brands that appear around the shop, too, are already favourites around Toronto - say, Herschel or Mackage . But according to owner Aziz Alam, a retail-industry vet and east-side resident, when it came to shopping for those types of hot-ticket brands, there was "nothing east of the Don." 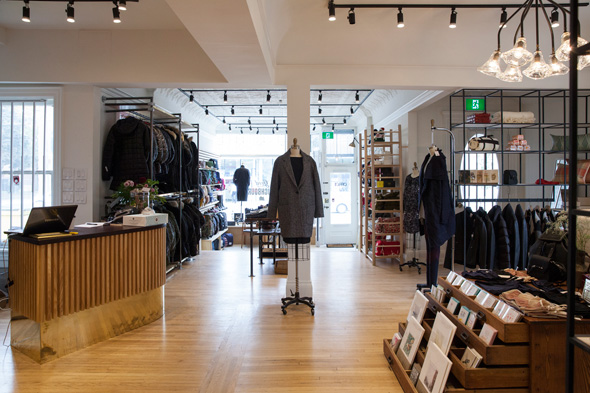 "The whole idea was to bring the best ingredients from the west side here, but at the same time give young families opportunities to shop. ... I realized there was a major need here - there's a huge migration of very stylish people." 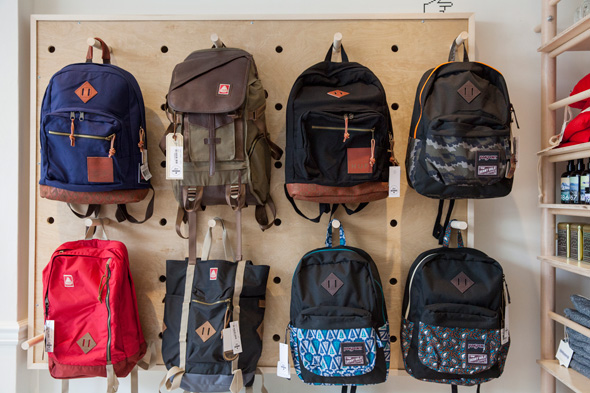 The "easy, wearable" pieces he chose for the store occupy a mid-range price point - garments generally run between $100 and $200 - but since this is a neighbourhood with plenty of kids, he also included children's items (perfect for last-minute birthday gifts) and greeting cards. "Hence the name," he says. "It's about the neighbourhood - it's not about pretentiousness, or what I personally like. It's about what the neighbours want." 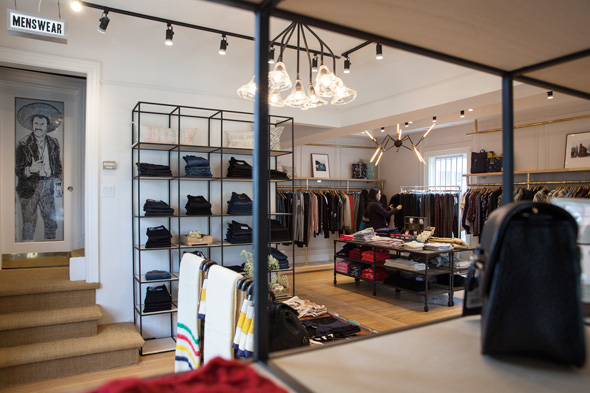 The store is located - fortuitously, for a shop that hopes to fly the Leslieville flag - in a former production facility for Degrassi , just next door to the Leslieville Pumps . (The front door, which spells out "OFFICE" in gold leaf, was salvaged from the upstairs floor during renovations.) 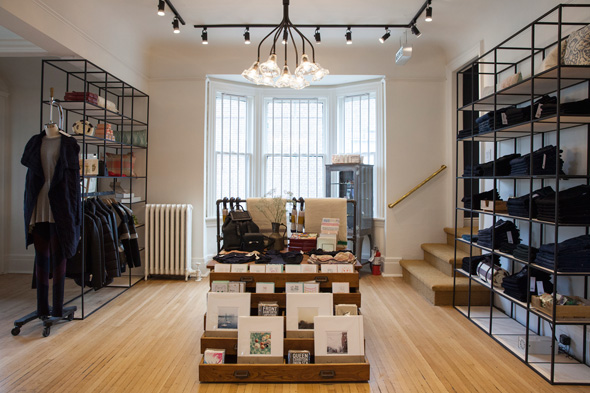 In line with Alam's stated goal of bringing the best of the west to the east: The miniature Drake General Store shop-in-shop that fronts the store. Alam explains that he knows the folks behind the store, and the partnership was natural: "They're not in the east end, and it made sense for them as well." Among the "best of the best" Drake products, as curated by Aziz for the store: their Toronto Public Library shirts ($32), provincial-pride toques ($24), and quirky home goods. 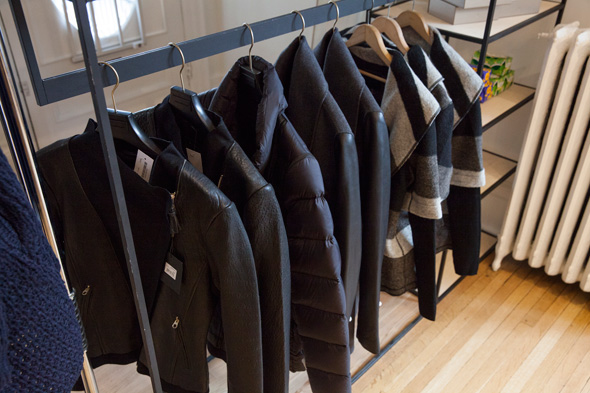 Further back, there's another collab, this one with Christine Flynn of Love The Design (which, had the shop not moved to Summerhill, would be another Leslieville neighbour). Flynn's contribution: hand-stitched goose-down pillows, notecards, and prints of her photography. As for future collaborations: "There'll be more. I'm being approached by a lot of people who are interested." 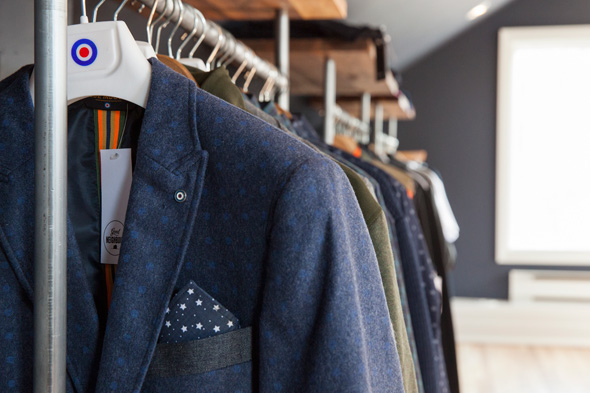 The rest of the merch, meanwhile, walks the line between "heritage" and "modern". In the women's section, there's designer jeans from the likes of Paige , Citizens of Humanity and J Brand , jewelry from homegrown lines like Jenny Bird and Biko , and a host of snuggly sweaters and Deschanel-ian printed button-downs. 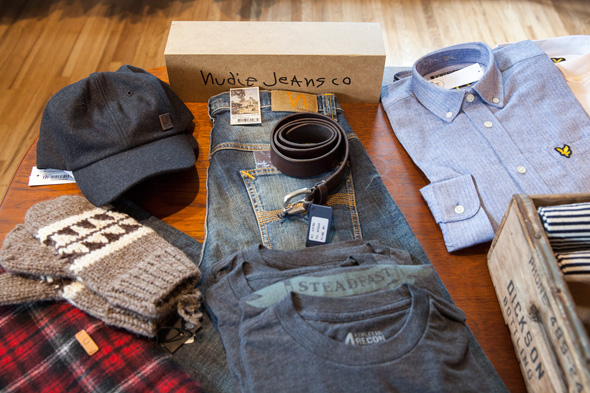 Upstairs, in what was formerly the Degrassi showrunners' offices, gents will find a deep-blue men's shop stocked with locally-produced pieces (like 18 Waits ' button-downs), reinvented classics (like bike-friendly Commuter jeans from Levi's ), and plenty of soaps and "apothecary" products, either artisan-made or imported from Italy and Portugal. 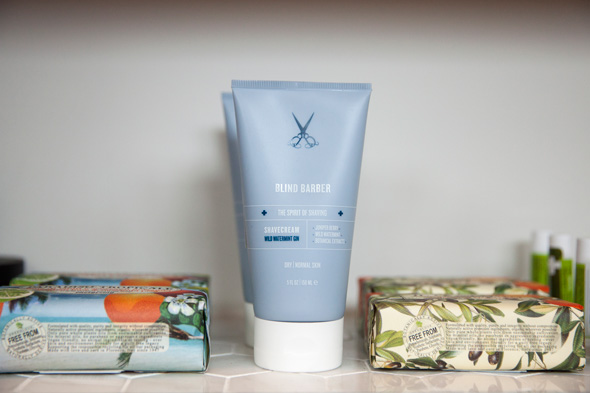 Just a few days into opening, Alam says the store was practically "mobbed" over their opening weekend. "I know people just couldn't wait. Every time I was out there when we were renovating, it was like 'When are you opening? When are you opening?'" He's hoping that residents will go for their other "neighbourly" touches, including possible partnerships with local charities and non-profits (and even the complimentary packets of sugar printed with the store's name at the cash). 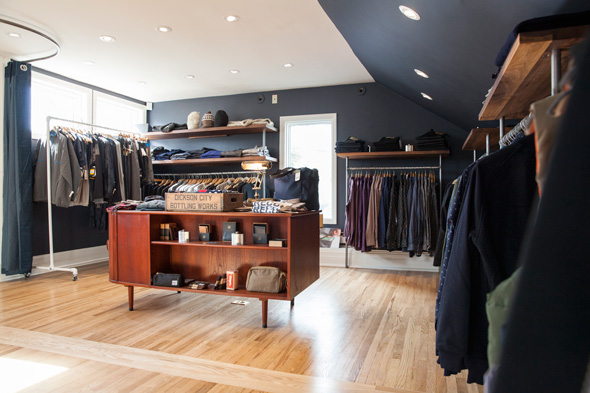 "It truly is Leslie- ville - it's a little town within the city of 4.5 million people," he says. "You don't suffocate here that much. You feel like you breathe better here." 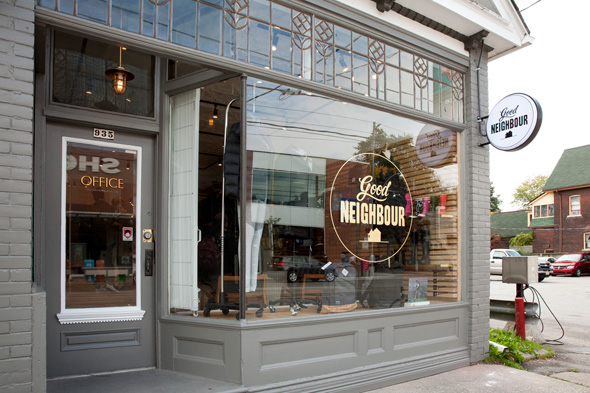