Comrags has picked up and moved on (or rather, north) after almost 15 years on Queen West. The move certainly gives traction to the idea that Dundas West is on the up and up , a notion that designers Joyce Gunhouse and Judy Cornish will certainly get behind. The duo met at Ryerson in back 1980 in the Fashion Arts Program and began working together and designing clothes. They later established a brand and opened up a shop at the corner of Queen at Palmerston. 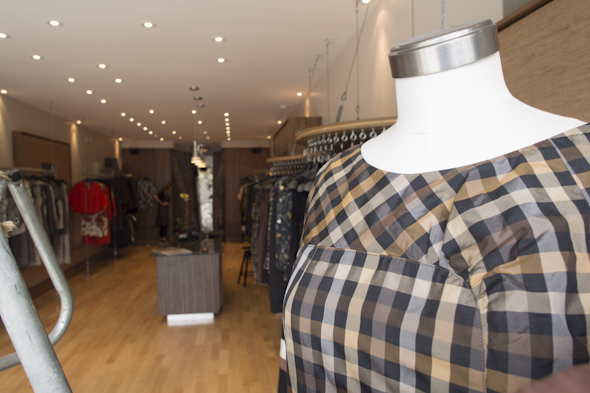 The spot suited them at the time, Judy tells me as we chat in the new store. But as the neighbourhood continued to change, particularly over the last couple of years, the duo decided to start looking for a new location. "Queen is a really busy street," Judy concedes, "but less a street for us." 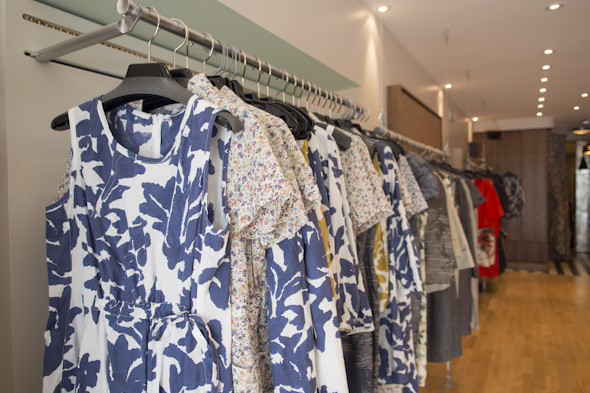 Judy discovered this space â previously housing a bar that has now moved down the street â while taking an unaccustomed route to work. She noticed the spot was available, so the women decided to seize it. 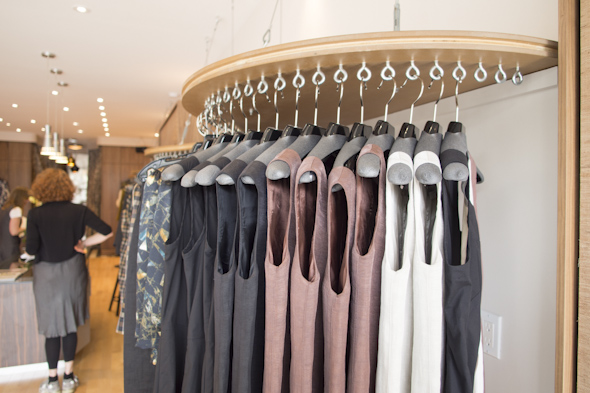 "When we started on Queen, there was a real sense of community," Judy says. "That's sort of gone away, especially as bigger retail moved in. When a yogurt chain moved in next door, we decided that was it." 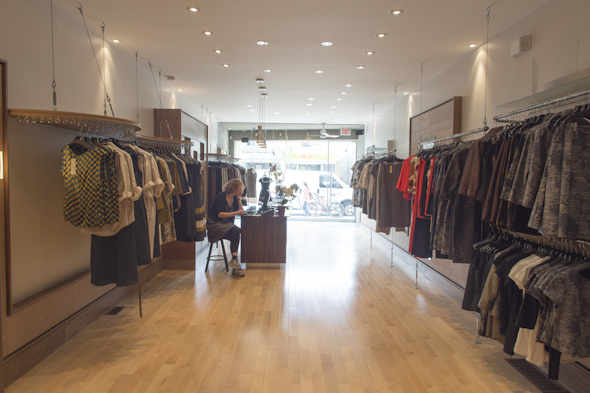 Judy says Dundas West is now what Queen West was seven or eight years ago. "Everyone has been so friendly," she says. "Even during renovations, the elderly man who owns Capri Shoes would bring over little Dixie cups of espresso." 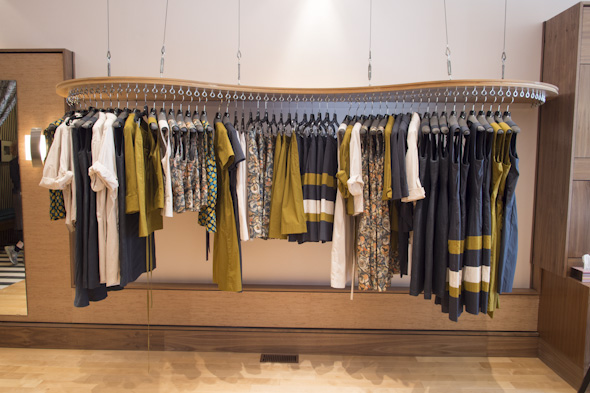 Comrags has also centralized its operations, with retail on the main floor and design and crafting studios on the upper and lower levels. The current selection for spring and summer includes plenty of full skirts and block colour dresses (displayed from the same curved racks from the former store). 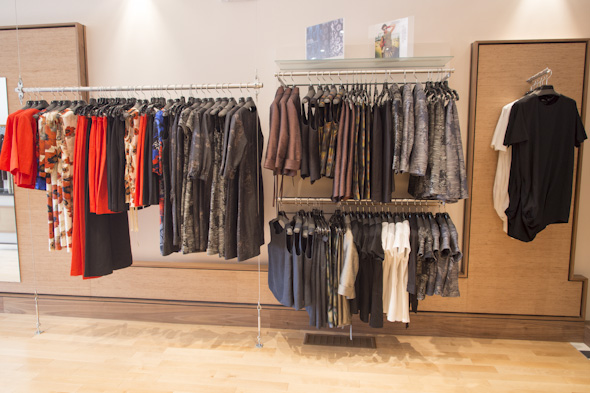 The colours are characteristically "Comrags" with earthy browns, rich reds, and deep navys, with are a few prints and brights thrown into the mix. Among my favourites are a voile cotton vintage-inspired "house" dress with short sleeves and pockets ($210), and an olive green sleevless dress with a ribbon tie waist and side pockets ($390). The designs are sophisticated and clean, with expert tailoring done in Canada. 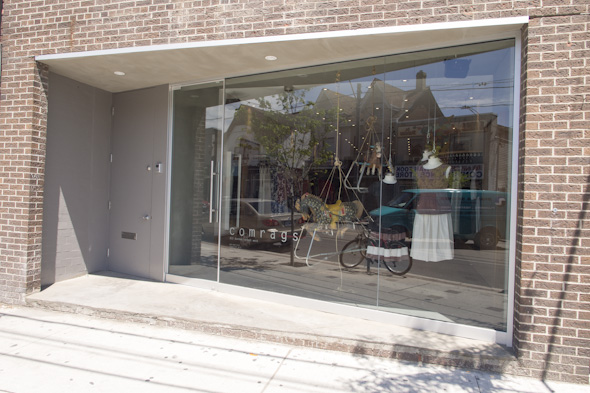 "It's funny," Judy says, "sometimes groups of little old Portuguese or Italian will come in, and start turning things inside out and looking at the seams. It's great," she continues. "That's something you won't see down on Queen Street now."

The Best Clothing Stores for Local Design in Toronto