Maybe we need a new term: what's vintage, if it's only a year or two old? Or less? Used clothing, I guess, but, for me, that conjures up images of boring shops filled with worn Lucky jeans and stretched-out Costa Blanca tanks. Gently loved? Preowned? Both don't exactly fit right.

Studio 1686 makes it simple: they sell used designer clothes of a recent vintage. Tucked away at the far end of Parkdale , the shop boasts pieces handpicked by co-owner Marya Duplaga and her sister Irene who source their duds from the movie and TV sets where they work (including the upcoming The Time Traveller's Wife and Max Payne ), and other vintage sources. This means deeply discounted prices on covetable names like Marc Jacobs and D&G . 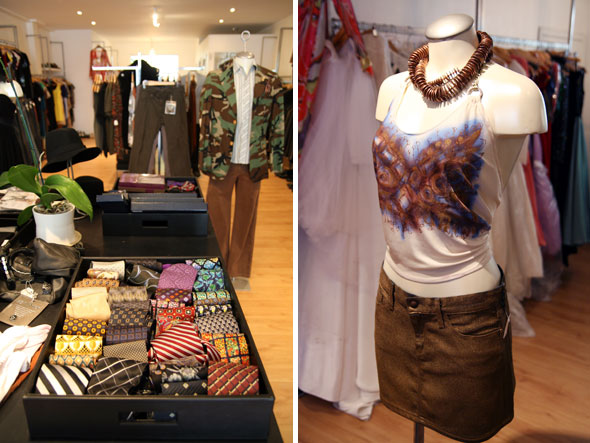 The store, thank god, has none of the snobbery that usually goes with those names - Marya is down-to-earth and friendly, and enjoys offering up her "funky, colourful" pieces so that the masses can take home a quality piece, but without the heinous pricetag.

The eclectic offerings aren't really my cup of tea--they feel like the clothes often worn by the funky, bohemian middle-aged woman: the art teachers, the gallery owners, the hair stylists, the non-profit administrators. The pieces have a fun-loving feel, but the pieces do feel a little more suited to that age group, rather than youngsters looking for a cutting-edge, unique piece. 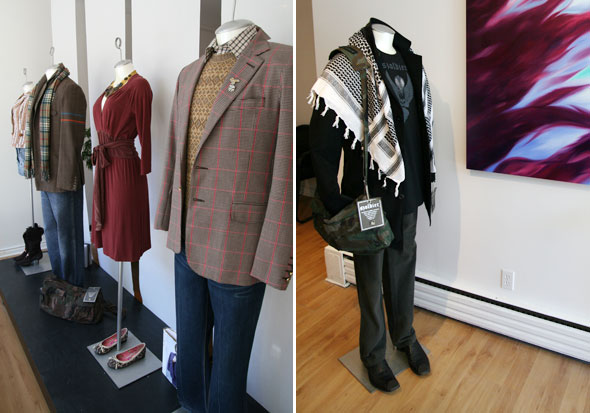 (With all the carefree fabrics and daring cuts in the store, it wasn't surprising that, in her 20 years working on movies, Marya loved dressing the stars of silly teen films like Getting Over It and How to Deal best!)

There are tons of shirts, including an Issey Miyake gauzy black-and-white striped top ($235), a silk and linen Tara Jarmon shirt ($35), and a Jill Stuart flowered blazer with a pink lining ($195), along with ultra-femme-y pieces like a yellow tiger-print Milly frock ($165) and an ivory brocade skirt from Holt Renfrew ($95). 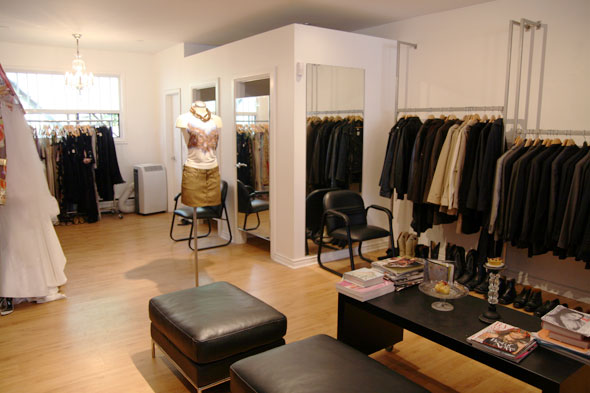 The store also has a solid showing of power pieces that would definitely be work-appropriate for a wider range of people, like a gray pinstripe Valentino suit ($1700), black dress pants from Junya Watanabe and Costume Nationale ($65--$165), a tweed Diane von Furstenberg blazer ($165).

I actually found myself gravitating toward the men's side of the store, which, to me, was the stand-out--Studio 1686 has a lovely collection of brand-name suiting and shirts, pants, and blazers, often in interesting colours or patterns, like a Polo Ralph Lauren madras blazer ($125) or even a lilac corduroy suit ($250). 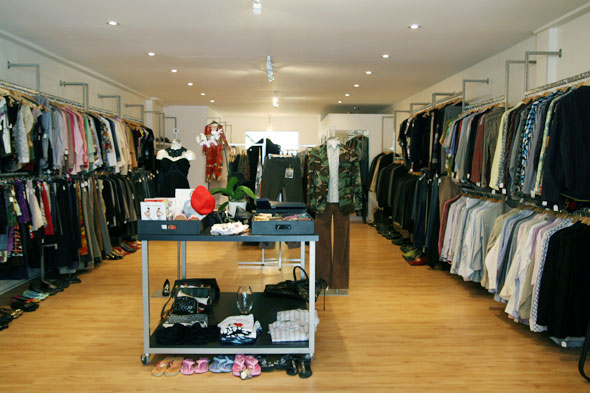 There are staples like Hugo Boss pants ($125), a navy blue cashmere sweater ($65), and an Armani blazer ($245), sure, but the slick, crisp dress shirts in hues of pink, yellow, black and gray stripes, red check, and tweeds or a fitted leather jacket would be the perfect way to add a little pizzazz to one's workaday world.

I may be a bit young for some of these styles, but it's good to know that they're there in case I need 'em down the road--no matter what they're called. 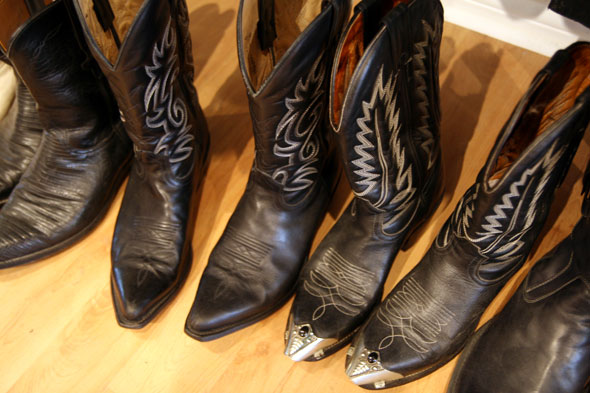