96 Tears Vintage has a new home in Parkdale after stints at pop-up locations in the Annex, then up the street at 1550 Queen St. West. The nomadic vintage shop, and its owner Colette Todoroff, have finally set up camp permanently in the former home of My Roll Life .

Instead of roller skates and elbow pads, now you'll find an eclectic collection of vintage for men and women. (For years, the store was a jewelry shop - you'll see the original storefront sign now repurposed as a giant table running down the centre of the white-walled store.) 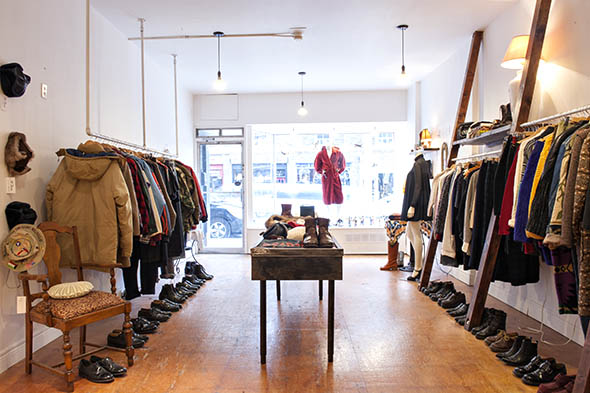 When Todoroff elected to make the leap up the street to a new, permanent storefront, she brought along a partner: Longtime friend Christopher Koyionis, a menswear designer who's stocked wares at Future Of Frances Watson and worked on Klaxon Howl 's in-house line. 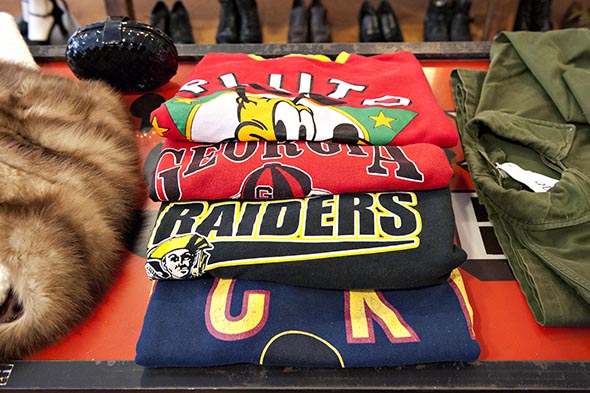 The pieces here straddle the line between the practical and the preposterous - vintage L.L. Bean boots ($55) sit alongside rainbow-covered sweaters ($45). Though their tastes run toward grounded, "wearable" vintage pieces, they approach stocking the store with a dose of goofy irreverence. 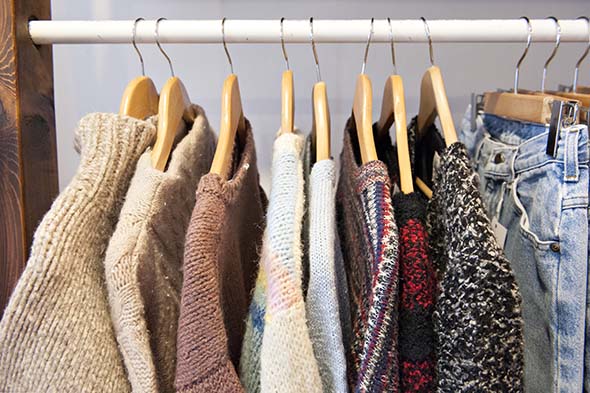 "There's definitely a sense of humour about the whole place," Koyionis says. "We've got some crazy stuff in there. Something where if you want to get a little wild, you can have something to spice it up. It's a little bit out-there, but not unwearable. We are keeping the classic things, because people love them, we love them, but also mixing in some things that are a little different." 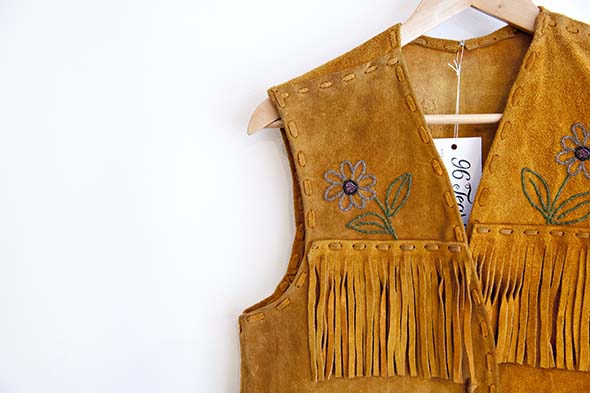 Koyionis is overseeing the menswear - but here, filtered through the buyers' imaginations, the lines between genders tend to blur. ""Even though it's a women's blouse, we'll say, 'I want a man to be wearing this,' or vice versa. Women go through the men's section anyways. The way we curate it is, 'I could see this on a man - a woman will look through it regardless' - or the other way around." 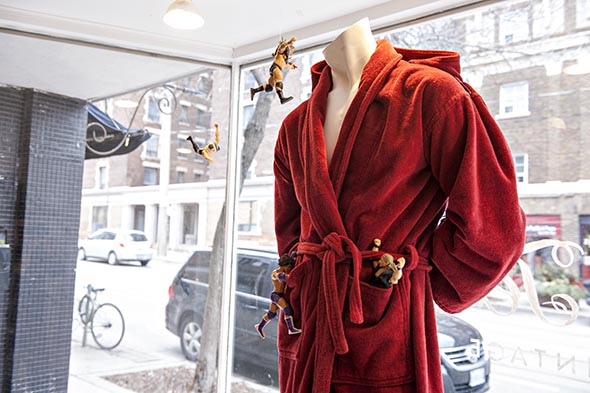 As proof, Todoroff heads over to the men's section and produces a cropped T-shirt covered with cartoon bodybuilders ($25). "I want a tall guy to wear this, almost cropped, know what I mean? That's who I imagine wearing it."

Koiyonis suggests dressing down their odder pieces with classics like a leather jacket. "It's getting dressed," Koyionis says simply. "It's gotta look nice and good - but you're getting dressed again tomorrow." 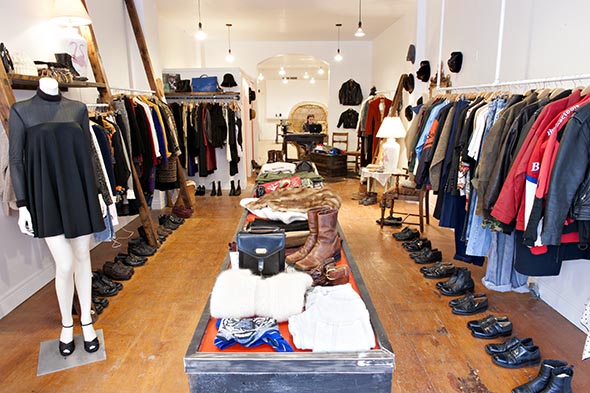 Despite their love of irreverent vintage, Koyionis maintains they make sure everything is in immaculate condition: "I'm obsessed with - we both are - with high-quality materials." Everything gets double-checked and agreed on - and if it needs alterations, they're planning to get them done in a studio space in the back of the shop - a bonus addition to the new space. 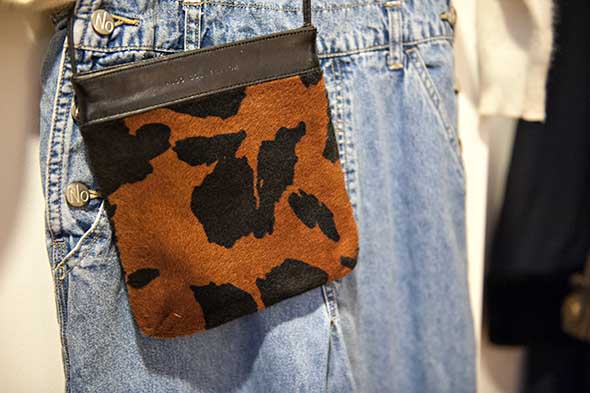 On top of fixing up vintage threads, they're hoping to produce some of Koiyonis' own pieces, as well as creating an area for photo shoots that they're hoping to loan out to local businesses. "Just having the studio in the back, we don't have to just sit here. We can be sitting here, making clothes, altering clothes, fixing them and all those things, while the store is open. It's going to be a busy space. That's what we envision." 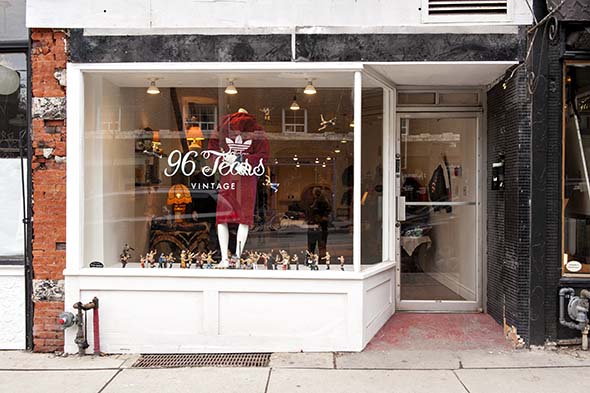