312 Optical Studio is a new and welcome sight at College and Augusta - an optical shop with a focus on high-design, high-quality specs at a variety of price points. The store, just heading into its seventh month of existence, is the culmination of optician and owner Andrew Laderman's 10 years in the optical business. 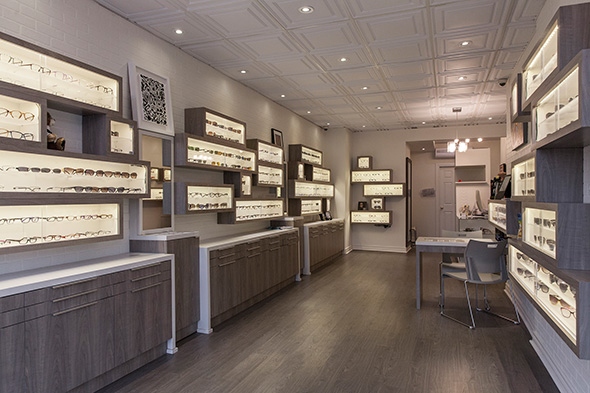 Andrew's love for, and encyclopedic knowledge of, the optical world is clear. Three minutes after we meet, he offers to give my (admittedly crud-covered) specs a polish, later letting it slip that he could tell I ordered them from an online discounter due to the lenses (I hang my head in shame). 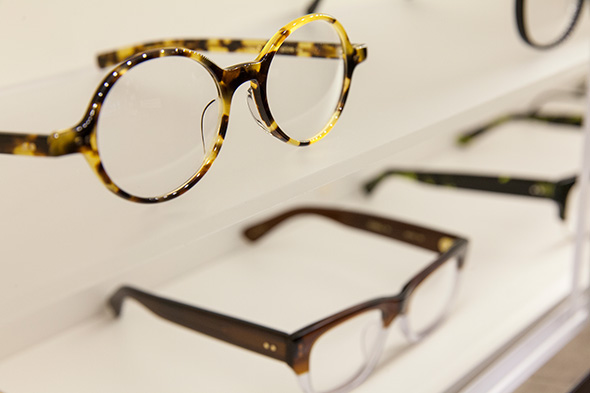 He gives me a whirlwind tour of the modern, immaculately laid-out store, filling me in on the history and strengths of every brand he carries, pointing out details like the strong, vintage-style hinge on a pair of Oliver Goldsmith glasses or the "Made in Italy with love" stamp inside every pair of Res/Rei frames. "If there's one thing I can talk about, it's glasses," he says.

A storefront wasn't always in the cards for the couple. "It was either we move to the U.K. so Andrew could go to school for optometry, or open a store, so we opened the store," Rachel says. 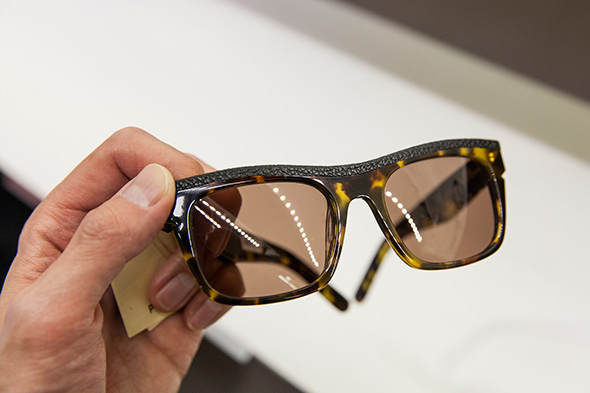 The space, once home to a copy shop, had been vacant for a year before 312 Optical moved in. This wasn't just any vacant storefront: Long ago, it was a hardware store operated by Rachel's great-grandmother after she moved to Canada from Poland. Eventually, she bought the building and lived in the unit upstairs for 40 years, Rachel says, producing a weathered metre stick printed with the hardware store's name and phone number. 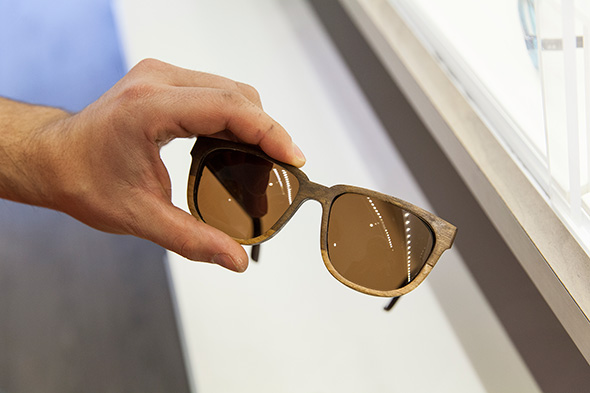 The store is now an oasis for eyewear aficionados, featuring an on-site optometrist three days a week, a rotating selection of artwork decorating the walls, and a selection of frames from globe-spanning eyewear companies. Martin & Martin from Germany (about $300 each on average), are their best-sellers; Andrew's wearing a pair that day. 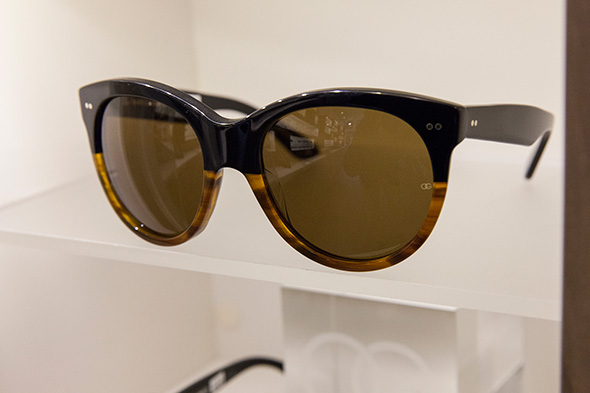 Also on offer are sunglasses from Aussie company Pared (a Canadian exclusive; about $300) and Capital reclaimed-wood sunglasses from California ($200). Legacy eyewear company Oliver Goldsmith is also a big draw - Andrew points out pairs of the sunglasses Audrey Hepburn wore in Breakfast at Tiffany's, as well as the round wire-rimmed pair that were John Lennon's trademark ($525). "Now they're made in Japan out of titanium, so they're way better than the ones he had," Andrew says.

The store shies away from mass-produced glasses. " Ray-Ban 's the only Luxxotica we carry," says Rachel, of the eyewear giant, which manufactures most brand-name glasses. 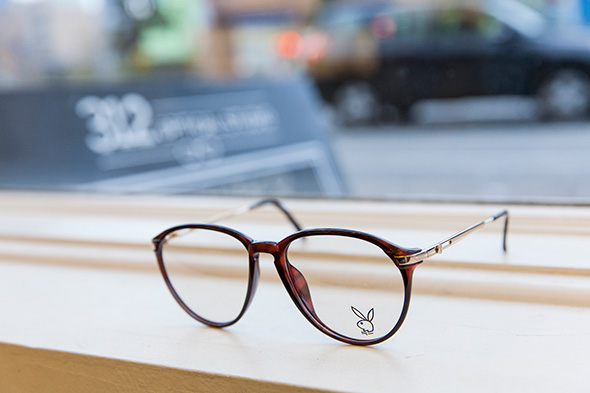 To recapture a share of the cheapo online-glasses market, Andrew also decided to offer deadstock vintage frames from the '70s and '80s priced at just $100, including lenses. Those vintage frames are sourced from "all over - I can't tell you exactly my sources," Andrew says. "Mostly, people who are out of business or retiring, and just have boxes sitting in the basement."

The older frames tend to be more sturdily made than modern glasses, and many are made in Canada - a rarity nowadays, Rachel says. 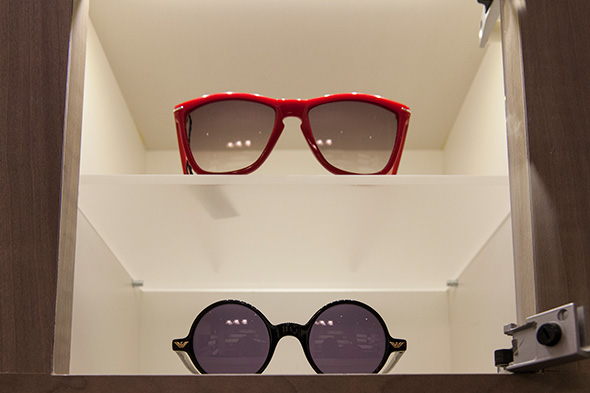 For a standout pair, peek into the cases at the checkout, where the Ladermans keep their stash of higher-end vintage, including Versace, Dior and Balenciaga frames. Andrew produces a pair of wooden '80s frames in flawless condition, adding a kid had hunted the store down after spotting the frame posted on Instagram : "Every time I see him walk by, he's still wearing them." 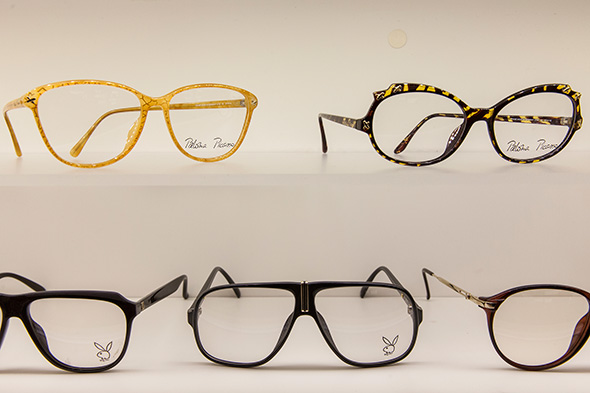 Have there been many more eyewear obsessives knocking on his door, looking for their own optical Holy Grail? "Not yet," Andrew says. "I'm still fresh. I'm just trying to slowly make a name for myself." 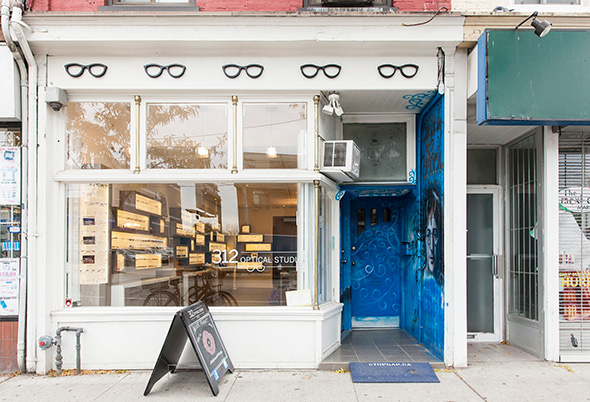