The top 25 new bakeries in Toronto by neighbourhood

The top new bakeries in Toronto that have opened in neighbourhoods across town are wowing locals with their refined croissants, beautiful breads, fluffy cakes and sticky buns.

Here are the top new bakeries in Toronto by neighbourhood.

Frosted Flavors is the new destination for cupcakes in this neighbourhood, and they're also popular for their cookies, bars, brownies and cakes.

There's a new artisan in this area at Bricolage Bakery, where you can get creations like cheesy baguettes and fluffy custard buns.

The people behind Conci have newly opened up Conciliabule Lab, where you can find a similar range of spectacular French baked goods as well as coffee and wine.

When you need to spell out how you feel with fried dough, Letterbox Doughnuts has now got you covered with their new storefront.

Lovers of gourmet baked goods were happy to welcome Unholy Donuts to this neighbourhood, where they're cranking out over-the-top flavours.

Ever tried a guava roll cake? Now you can at newly opened Paulo's, where they also make the delicacy in chocolate and dulce de leche varieties.

The Sweetie Pie empire continues to expand with this new location that's opened up in one of Toronto's most historic neighbourhoods.

Lockdown project Breadhead has flourished into a full-fledged bakery where you can pick up some of the tasty creations they supply to coffee shops. 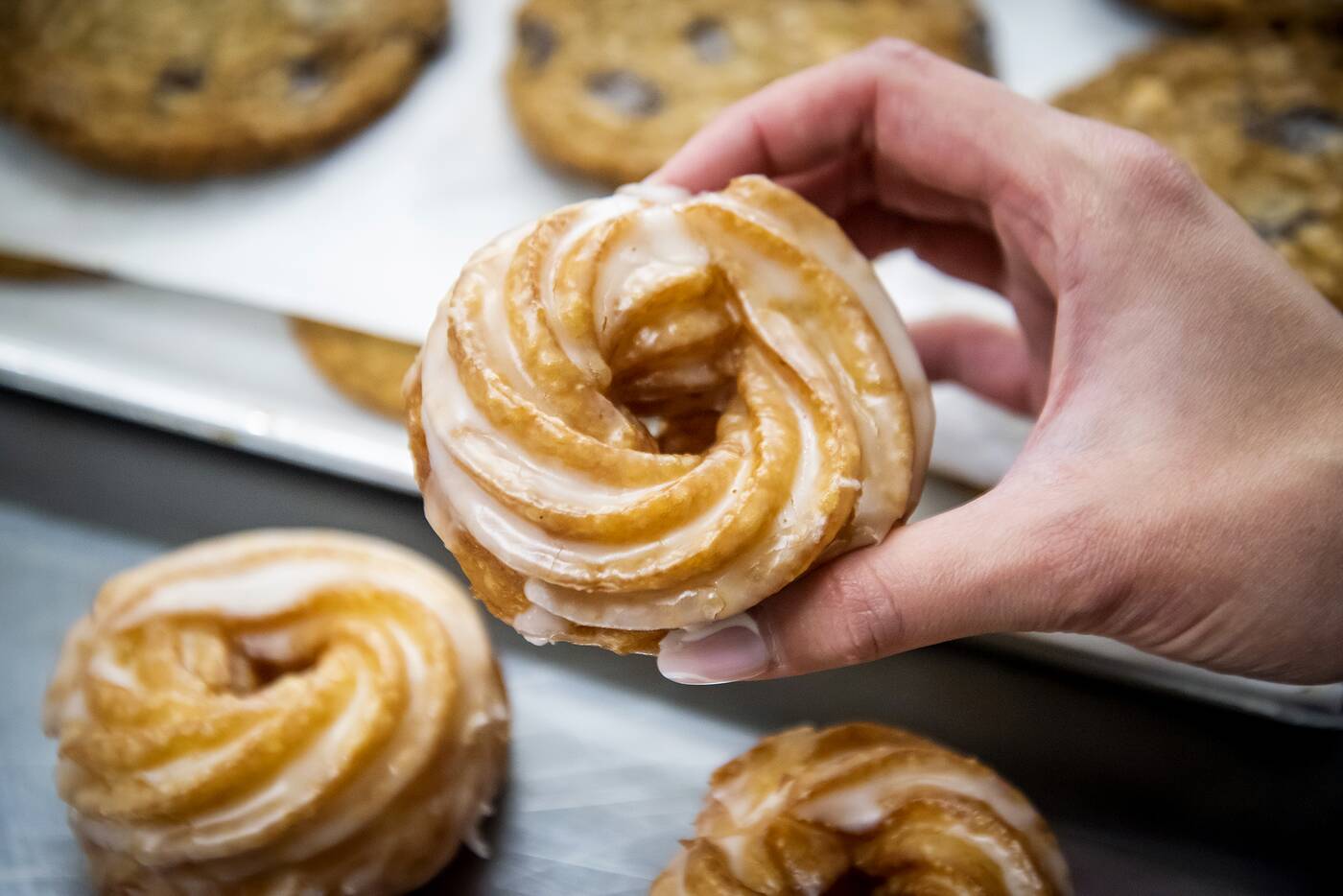 Charming baked goods made using the most refined techniques can now be found in this neighbourhood at Cassis Bake.

Legendary baking company Circles and Squares has always been located out here, but now they've opened up a new bakery cafe.

Ever wanted to custom design your own donut? Well, now you can at recently opened Frenchies.

Epic donut shop Glory Hole has opened up new digs in this neighbourhood, meaning a whole new section of the city now has access to their fried goodness and coveted flavours.

Select fresh cookies from a regularly rotating menu at Andrea's, which just spread its wings recently with a newly opened brick-and-mortar space.

Padaria now has a new location in this neighbourhood where you can pick up their delectable Brazilian delights like Charlotte cakes.

Spaccio West expands upon Terroni's commissary space concept with one location having previously opened in Corktown. You can pick up baked items at this space that functions as a restaurant and grocer.

This area welcomed a new location for popular chain COBS this year, where locals can now quickly snag a loaf or two of bread.

Upscale Napoleons are now being made at the new and unassuming Soul Made Patisserie, a tiny shop tucked away in this neighbourhood. 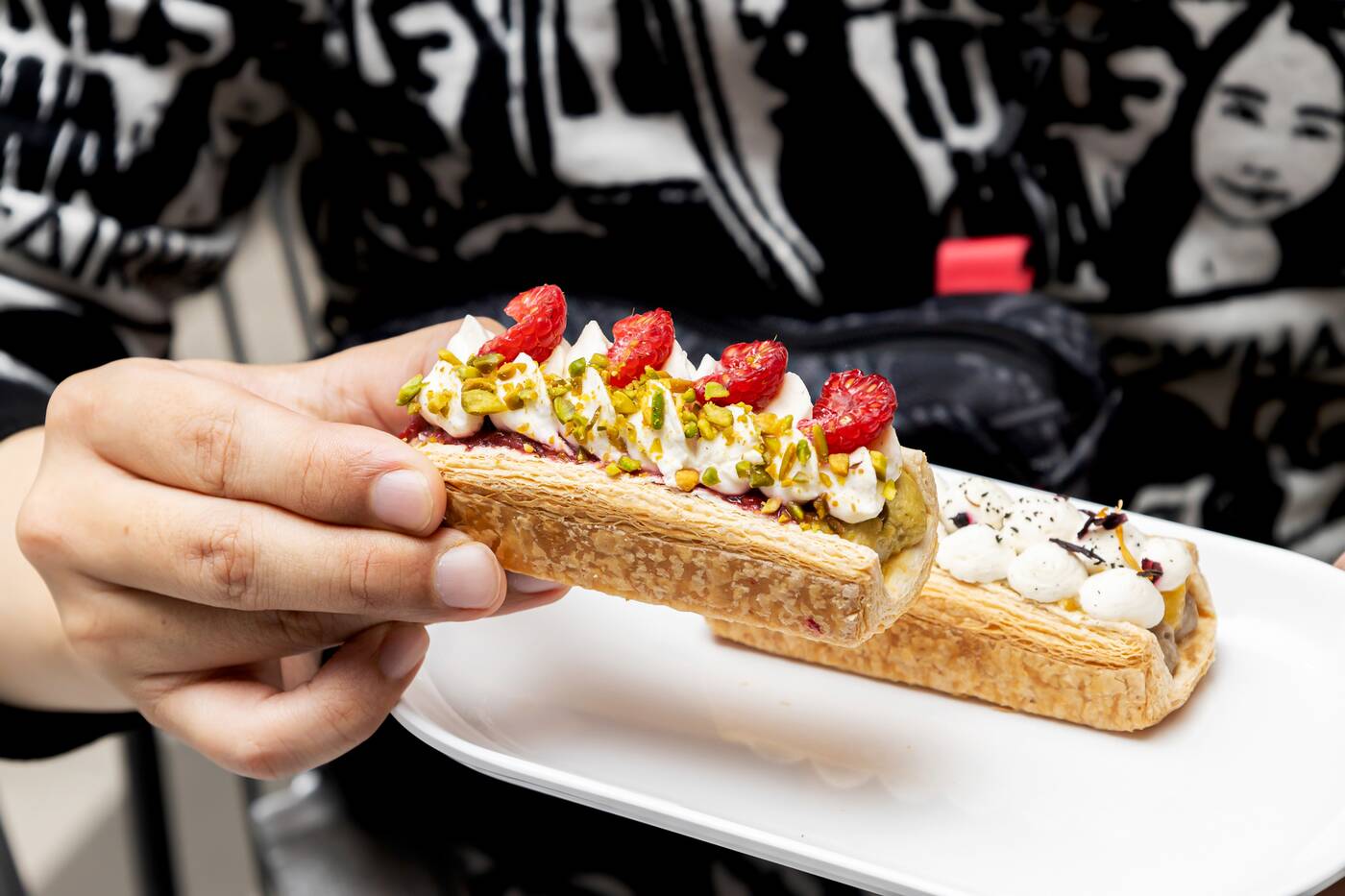 The beautiful handheld Napoleons from Soul Made Patisserie. Photo by Fareen Karim.

Vegans now have a new source for donuts at Machino Dundas West, which is pumping out the same kind of wild flavours they do at their Bloorcourt shop.

The mini donut masters at Cops have opened up this new location in Riverside on Lewis that's as impeccably designed as their other spots. 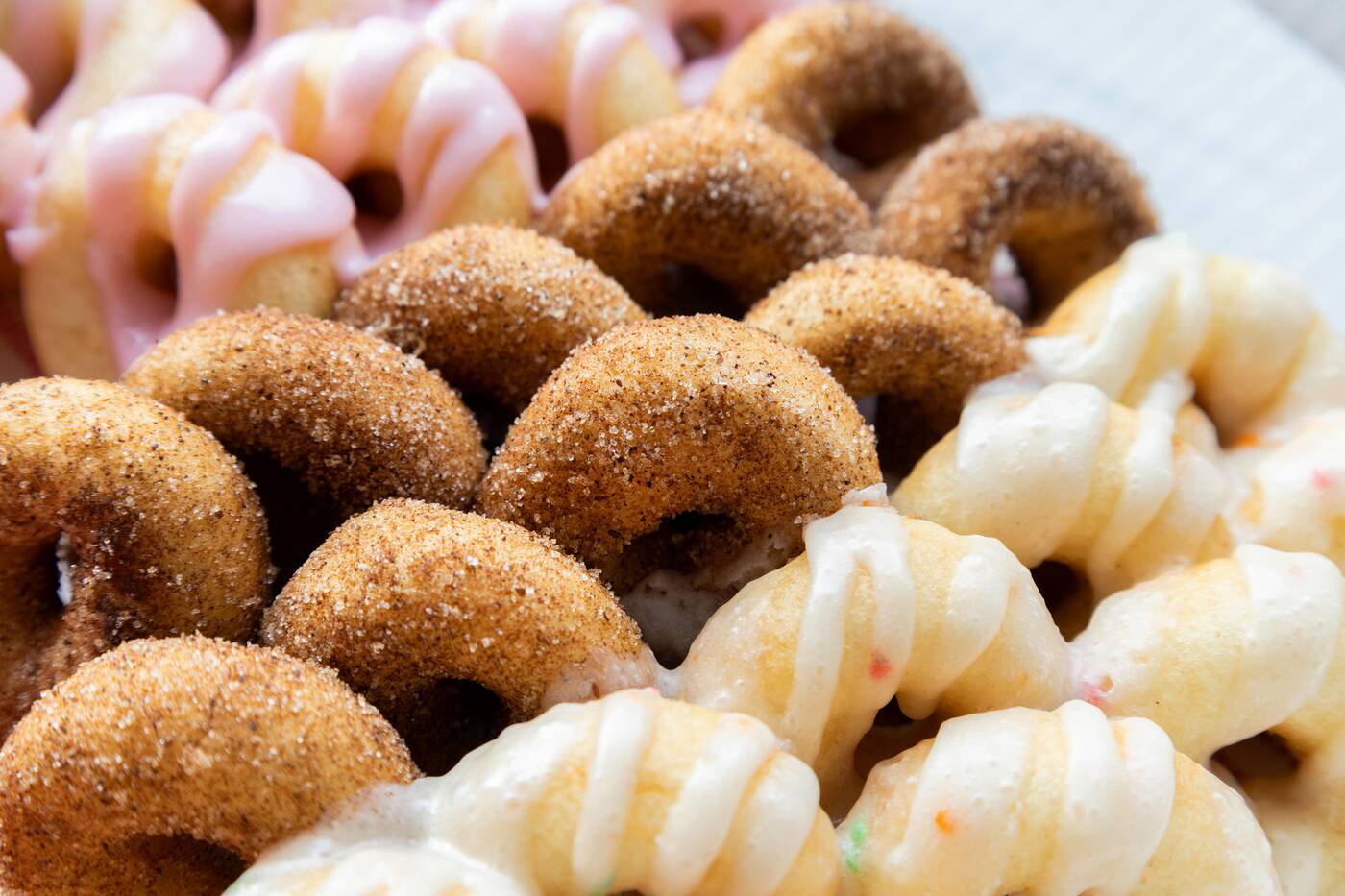 Mini donuts are pretty much all that's on the menu at Cops. Photo by Fareen Karim.

LA LA Bakeshop took this neighbourhood by storm when they opened up, drawing long lineups for their baked goods with ingredients like pork floss and durian.

Sticky Bakery gets the inspiration for its name from its beloved sticky buns, but its cupcakes might be even more popular.

Monte Bakery is now turning out artisanal croissants in this neighbourhood. Check in often, because they're always coming up with something new.

Mini donuts are a party at 6ix Donutz, which is hard to miss due to their small but flashy takeout window taking up space on this busy street.

Hazukido now has a location in this neighbourhood that's as fancy as their gourmet croissants which are always beautifully presented.