This post is sponsored by advertising partner Ford. Read more about what this means.

Indian restaurants in Brampton are known to draw many outside of Toronto proper for great eats.

The city of Brampton is known for many things including sprawling properties and being Michael Cera's hometown. Home to GTA's largest Indian immigrant population with over 64 per cent of the total visible minority identifying as South Asian, it's also where you can find some excellent Indian restaurants.

Here are some Indian restaurants in Brampton you need to try at least once.

This Heart Lake gem is a go-to spot for rava dosas and tiffins but has plenty more to offer in its deep menu dedicated to fresh, spicy, South Indian vegetarian fare. Besides takeout specials that include ready-to-cook dosa and idly batter, the business' catering arm can help make your backyard dosa party dream come true.

From chicken or lamb curry to sweet and fruity falooda and kulfi, this popular Indian gastrobar in Bramalea serves some of the city's more innovative, contemporary fare that's great washed down with a lassi or taken to-go. 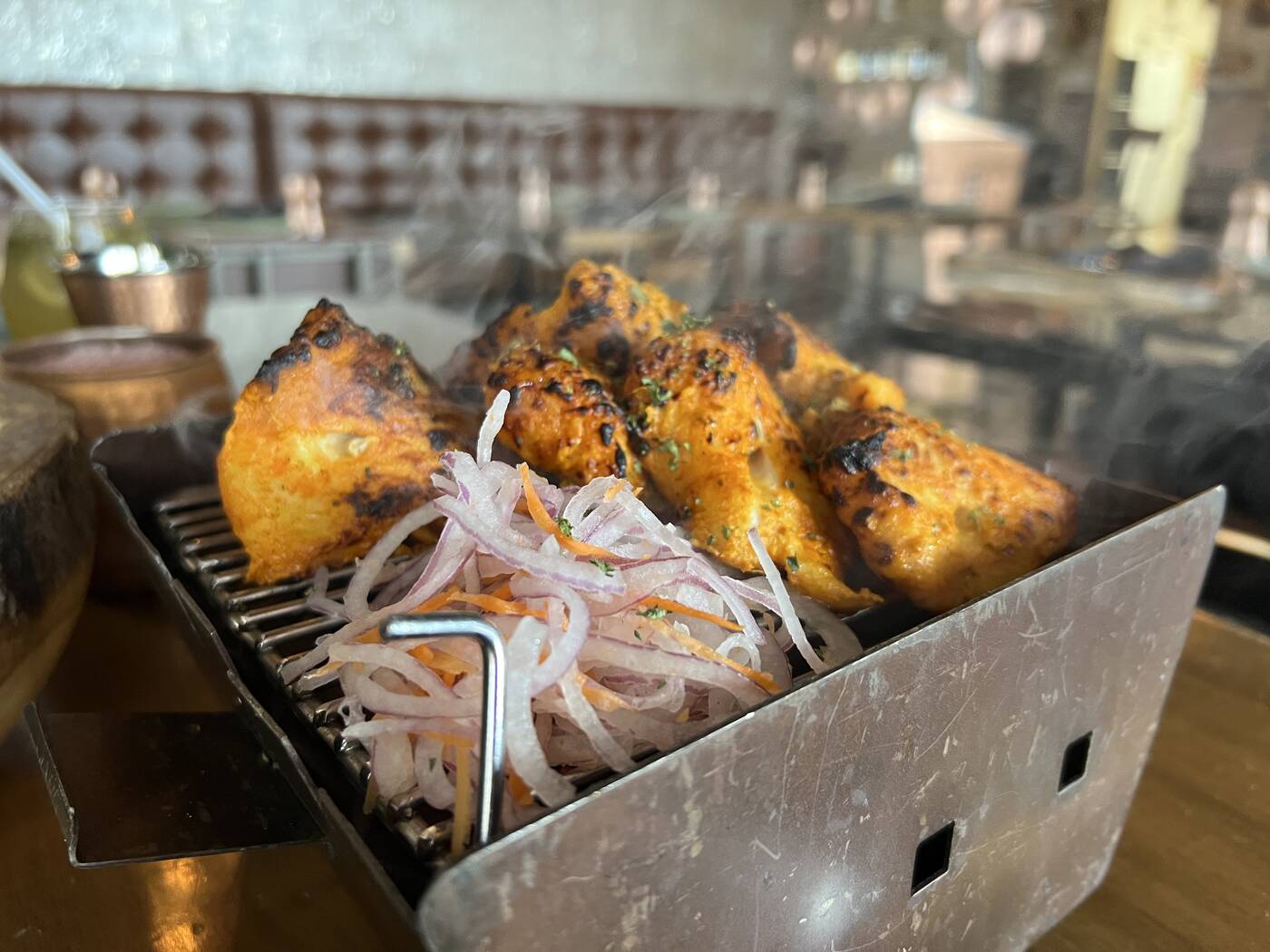 Those looking for refined fare paired with polished table service should check out this gastronomic temple that uses the freshest ingredients in everything from their achari aloo baingan to Patiala goat curry or king prawn-filled zinga jalfrazie.

Feast on dal makhana curry and bhaji pav in this confectionary restaurant that's filled with homey décor, but leave room for the chilled rasmalai, a cottage cheese sponge cake that's soaked in cardamom-infused milk, or the gluten-free gajar ka halwa. Don't miss ordering a box of traditional besan or lush badam barfi for the road.

Using simple ingredients to create the diverse menu served in this sleek space, chef Sarwan Singh's modern Indian cuisine might start with a bowl of palak pudina chicken shorwa before volleying to the red-slicked Anokhi paneer Tikka or spicy pineapple cooked prawns in the samudari shollay, and close with gulab jamun cheesecake and carrot halwa cake.

For contemporary northern Indian cuisine with an Italian and French twist, head to this downtown Brampton restaurant for reimagined specialties including tandoori and Punjabi-style curries in share-friendly portions. Make sure to try the chef's version of burrata cheese that's sided by naan, biryani and butter chicken. 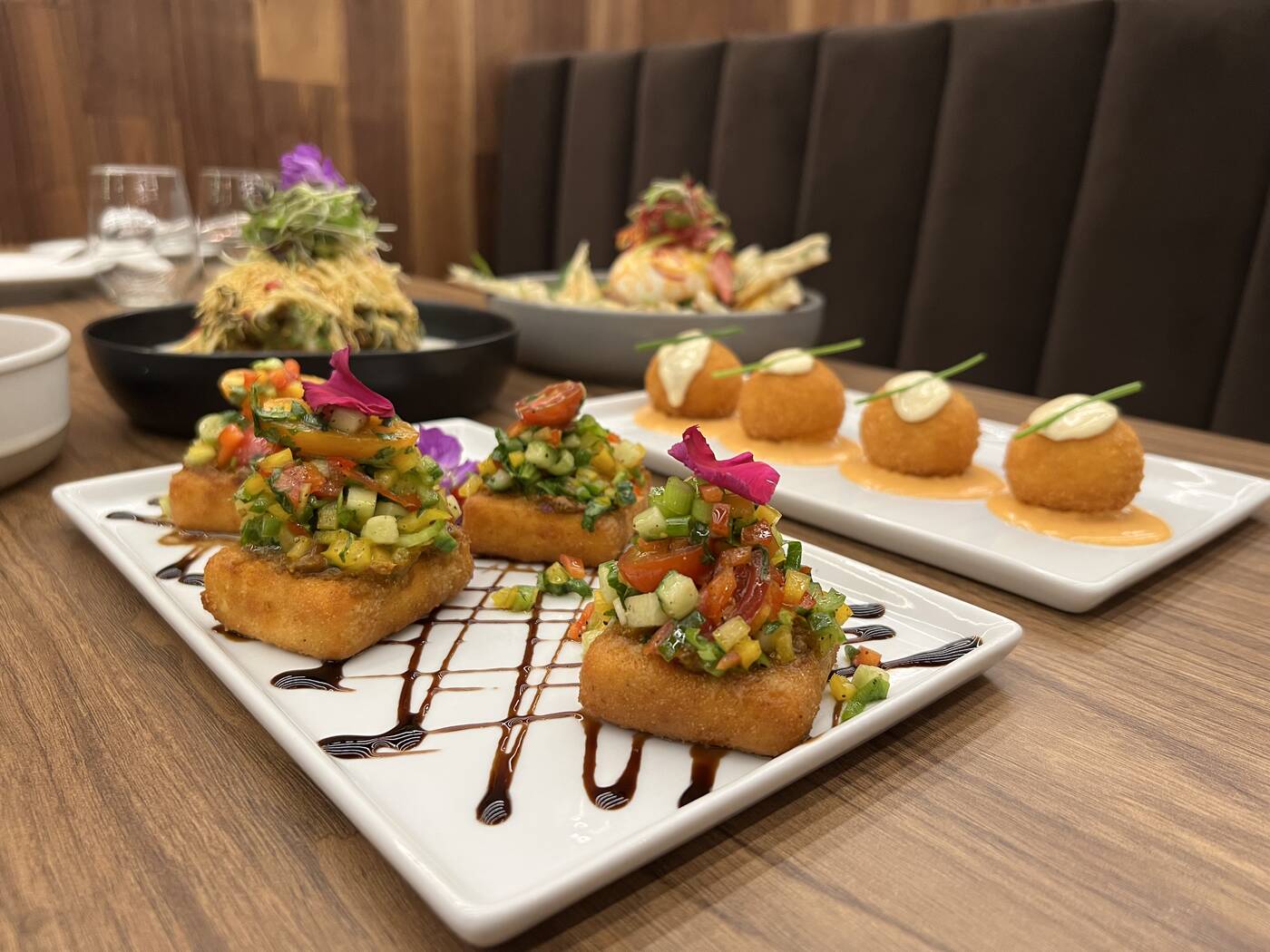 Start a meal at Mirch Masala with reimagined classics such as the paneer caprese before volleying to a hearty sizzling meat platter and creamy cashew-based korma.

This casual South Indian restaurant doles out the best of traditional dishes including biryani and mutton roast to fish curry and feathery light appam. There are a few Hakka Chinese items such as fried rice and noodles, however, snacks like the spicy onion and lemon garnished deep-fried chicken 65 is worth the time.

This traditional Indian eatery has been serving simple and fresh tandoor-cooked specialties since 2009. Known for their Punjabi cuisine, choose from butter chicken, paneer tikka to amritsari kulcha that comes with channa. There's also a host of vegetarian and non-vegetarian items on the menu, just don't miss the mango lassi or masala chai. 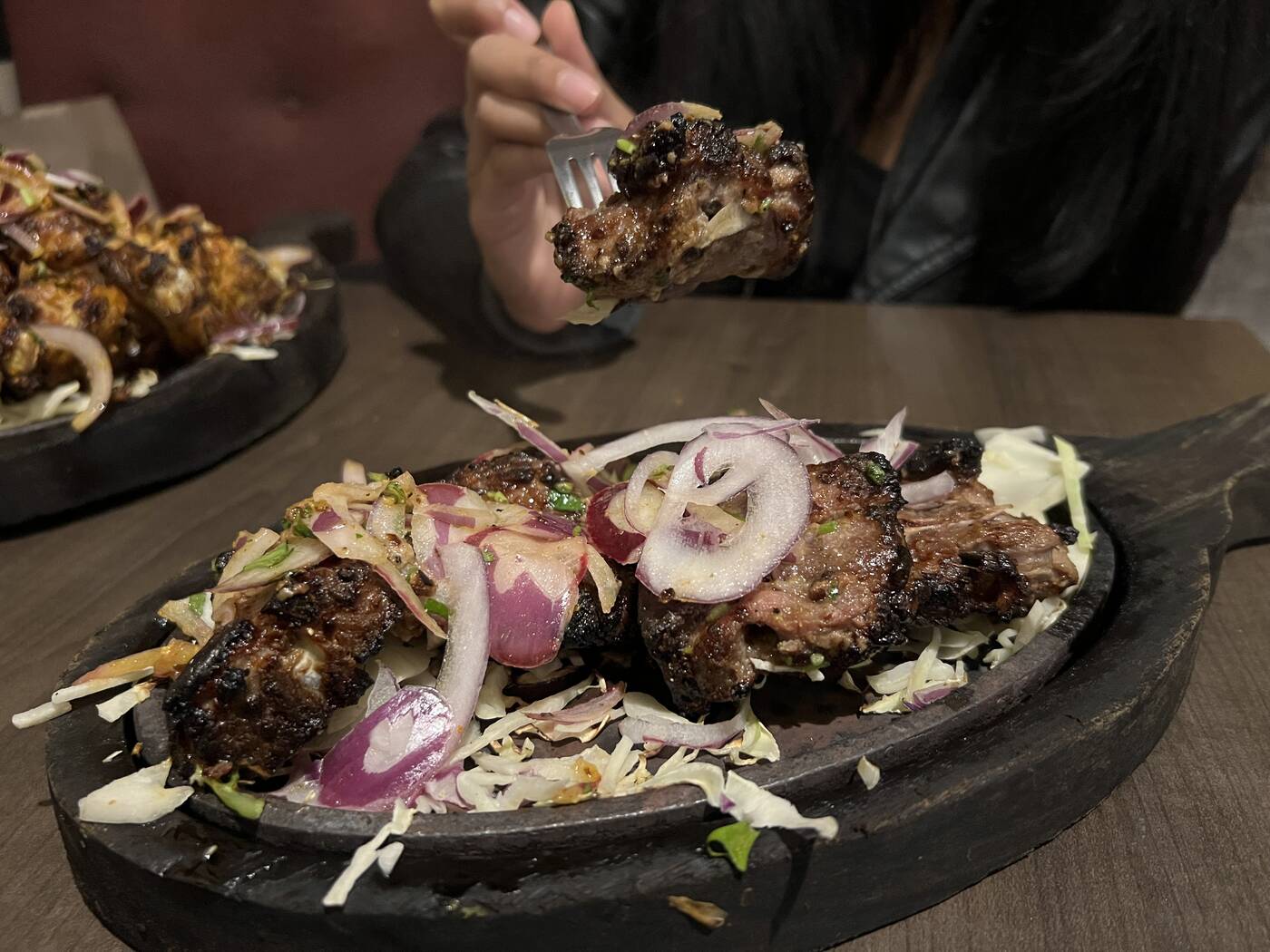 The tandoori lamb chops at King Tandoori Bar & Grill are just one of the many non-vegetarian must-orders for most fans of the space.

Dosas are the specialty at this Springdale restaurant, especially the Rava and Mysore, stuffed with potato masala. Besides the thin, crispy crepe-like street food, there's also vada and idly that comes with or without sambar, pancake-like utthapam, and a host of curries all served in a Bollywood-themed room.

With over 40 Indian dishes in their daily buffet, this Castlemore restaurant also offers sweets, cakes, and pastries as well as a vast array of items from goat curry and dal makhana to lamb biryani, fish pakora, Hakka dishes and an assortment of naans. Open seven days a week, they've even a party room that's perfect for large, festive gatherings.