Cucumbers are the latest thing to go plastic-free in Toronto.

We've already got low-waste stores and other initiatives in the city, but now you can pick up produce without the pesky plastic wrap. The timing makes sense as there's a plan to ban single-use plastics in Canada.

If you've ever been annoyed by fumbling with the plastic wrap on English cucumbers, you now won't have to anymore thanks to a new innovation now being used in Ontario. 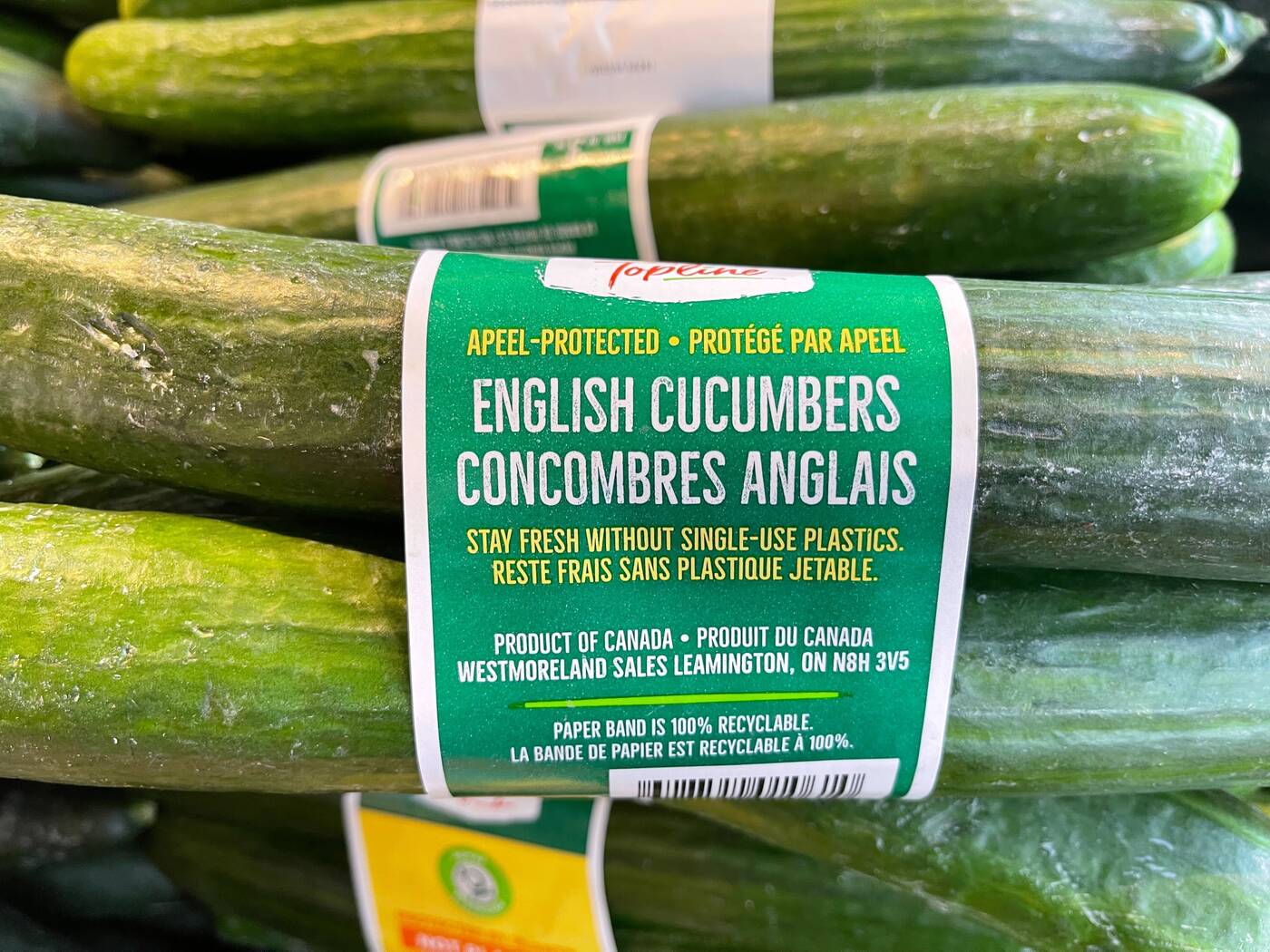 Cucumbers now available without plastic wrap in a Loblaws in Toronto.

Apeel was founded in 2012, and uses materials found in the skin, seeds and peels of plants to create an extra protective outer "peel" to keep produce fresh up to twice as long by slowing their rate of water loss and oxidation.

They've also successfully applied their protective spray to limes, avocados, mandarins and apples in addition to cucumbers, so we could see those around at local supermarkets too.

Right now, you can find cucumbers treated with the natural spray and wrapped with a paper band at local Loblaw and Real Canadian Superstore locations in and around Toronto.