Some would argue that there is no sugary treat associated with Ontario as much as the butter tart. The province is completely obsessed with the snack and even hosts butter tart festivals to honour its artery-clogging deliciousness.

And we all just got a new way to scarf down these tooth pain-inducing calorie cups thanks to a localized flavour of ice cream that just rolled out as part of Breyers' 'Canadiana' line.

"This year will be our biggest yet for new flavours and innovations, all based on local consumer insights," says Andrea Grimandi, General Manager, Unilever Ice Cream Canada, this consumer insight likely touching on the fact that Ontario can't get enough butter tarts.

The resulting butter tart flavour, which Breyers claims is "inspired by Ontario," has a vanilla base with caramel swirl and pastry pieces mixed in. 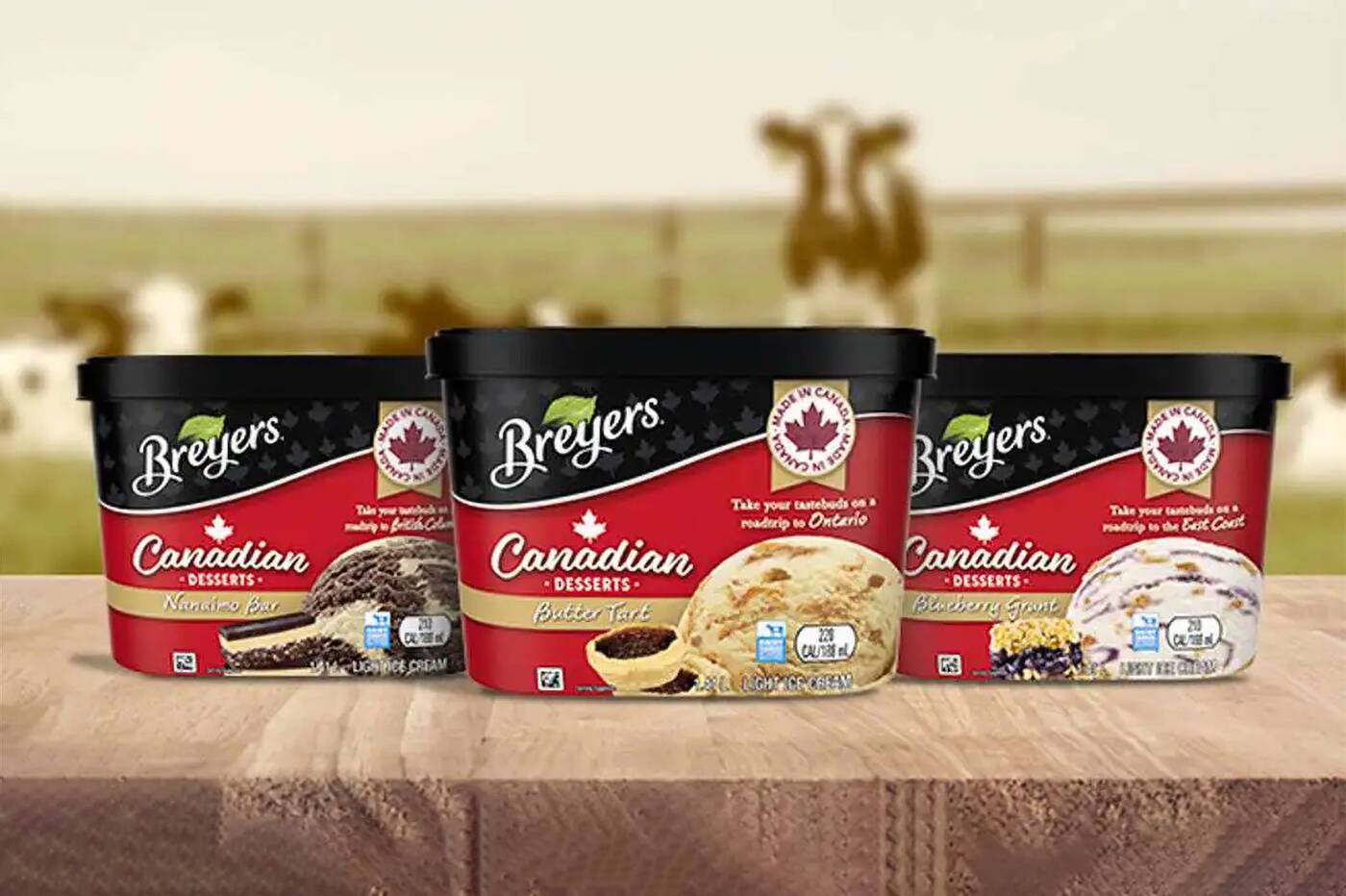 Fancy butter tart ice cream sandwiches are already a thing in Toronto, but now you can find a mass-produced version of that flavour practically everywhere with a freezer.

One could argue that BeaverTails got snubbed here. The pastry chain started in Ottawa and is now considered a quintessentially Canadian dessert, but I guess that wasn't enough to get it an ice cream flavour.

Quebec, British Columbia, and the Maritimes also got their own provincially-inspired flavours. Predictably, La Belle Province gets a maple sugar pie flavour while B.C. gets a Nanaimo bar flavour. The East Coast flavour is called "blueberry grunt," which is more appealing than the name suggests.

The Ontario-inspired butter tart-flavoured ice cream is just one of 22 flavours of frozen treats being rolled out by Unilever for their 2022 line, all produced just a few hours from Toronto in Simcoe, Ontario.

But is butter tart really the first flavour you associate with Ontario?

I'd love to at least see the focus group results of a peameal bacon sandwich ice cream flavour, or maybe, if they want to really push flavour boundaries and try something with national appeal, Breyers could perhaps test out a Clamato Ceasar ice cream.