Toronto is so obsessed with butter tarts

It's a fact: Toronto loves butter tarts. I mean, it's hard not to love these gooey national treasures. With sweet, runny fillings and perfectly textured pastry shells, these palm-sized bites – conceived in Ontario in the early 1900s – are the quintessential Canadian treat.

But our city's love of them is nearing obsession, case and point the steady increase of events dedicated to celebrating this delectable pastry over the last few years.

First off, there's the recurring Ontario's Best Butter Tart Festival: a free street extravaganza happening in June that draws hundreds of pastry lovers from Toronto to Midland for a big butter tart party.

We have a local butter tart-flavoured beer, for gooey's sake – introduced last summer to the LCBO and the CNE by Sawdust City.

With competitions for top tart accolades happening monthly, it's clear the city's butter tart industry is officially in A-game mode. And though few bakeries concentrate solely on these pastries alone, they often end up being their stores' biggest cash cows.

"The butter tarts are our best sellers by a long shot," says Andrea Mut, whose East Chinatown bakery Andrea's Gerrard Street Bakery makes one of the best tarts in the city.

Let them eat tarts. All the butter tarts. Best in the city.

While her bakery certainly isn't a one trick pony, with confectioneries like cookies and cheesecakes up for sale alongside its butter tarts, they're still her strongest product. She sells twice the amount of butter tarts as lemon tarts, her second most popular flavour.

As to why Torontonians seem to have such a soft spot for them, Andrea attributes the little eats as being as nostalgic as they are sweet.

omg I learned in Toronto that butter tarts are a.thing so in that song when he says."does he like butter tarts" they're REAL

"A lot of people associate it with childhood," she says. Her own recipe is a take on her grandmother's: a plain butter tart in a shallow ring, sans her grandma's corn syrup filling.

"Everybody has their own style they gravitate towards," says Andrea. "Whatever your grew up with."

If you flee to Toronto, lemme know. I'll hook you up with butter tarts & Nanaimo Bars and where to sign up for the marathons.

But not everybody was born and raised steeped in Canadian traditions, hence not all bakers have fond childhood memories of matriarchal-baked butter tarts stored away in the bank.

Regardless, these pastries are evidently the kind of recipes that give leeway for people of all backgrounds to experiment with. 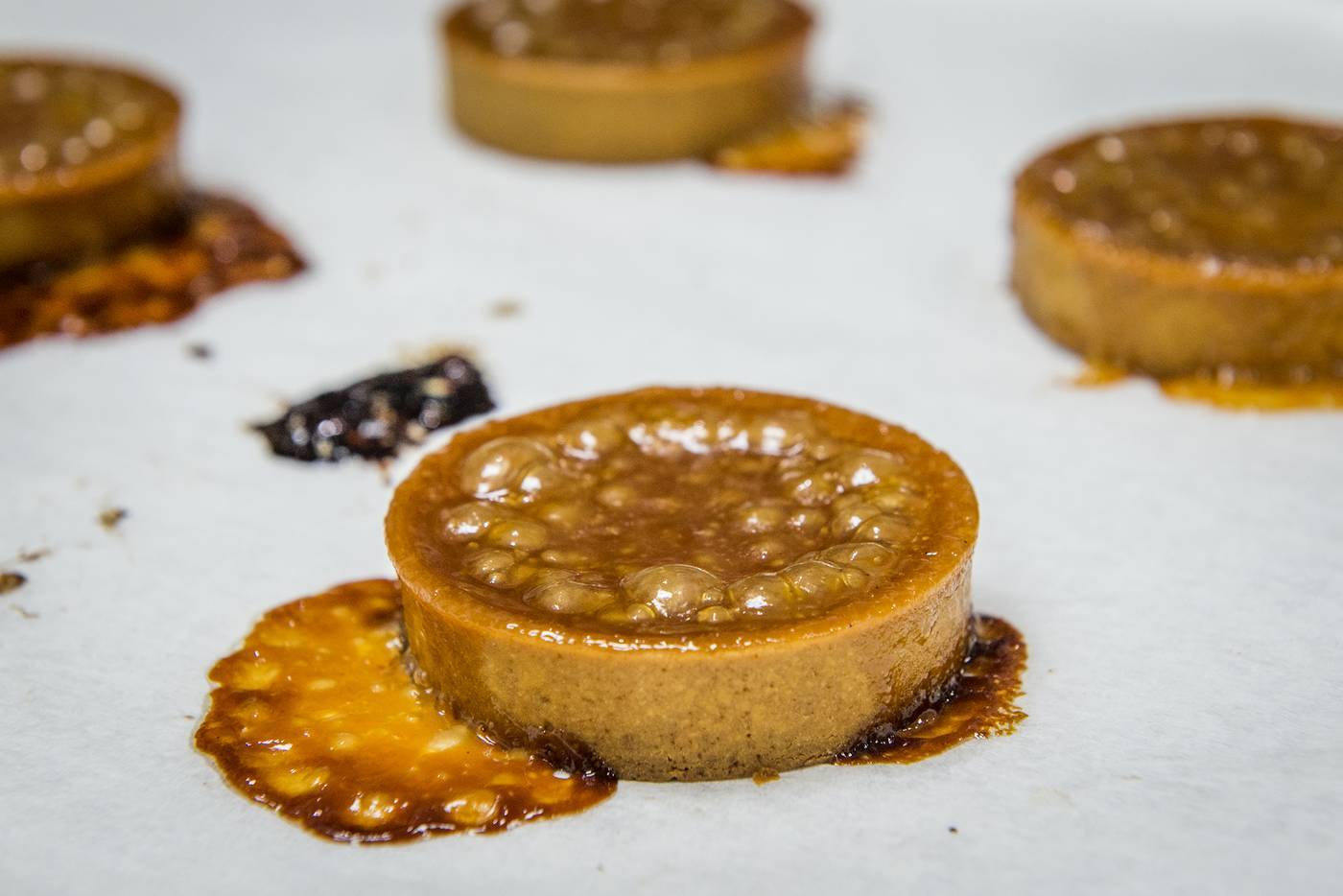 Masterchef contestant Christopher Siu has introduced an entirely new type of butter tart to the game with his hit Scarborough bakery, DaanGo Cake Lab, which specializes in Asian desserts.

Fusing his Markham-raised, Chinese background with an inherently Canadian treat, Siu brings us a miso butter tart – an incredible creation that doesn't sound like it could work but, in true Toronto fashion, does.

"The beauty behind the butter tart is that it combines very simple ingredients that everybody has access to," he says.

"It's almost like a blank canvas just asking for people to get creative with."

Last year, forty-six people died on the street, in Toronto, and you prattle on about butter tarts? UN-EFFING-BELIEVABLE

By adding miso to the butter instead of salt and opting for maltose instead of corn syrup – a common move in Chinese cooking – DaanGo's delicious tarts blow the traditional debate of raisins-or-no-raisins right out of the water.

@AirCanada Hi there! I'm flying from Toronto to sfo today. Can I bring my butter tarts through security?

Of course, the tarts here aren't the bakery's most popular treat, because what can outsell Vietnamese coffee-flavoured Totoro macarons in a box?

Crap. I just realized I forgot to seek out butter tarts in Toronto last week. 😭

But Siu's recipe shows us all the potential that butter tarts have to offer. It's extra enticing when a delicious treat that is so thoroughly Canadian shows promise of a cultural past and future. Maybe that's why we love them so much.