24-hour convenience stores with no employees are the latest thing in self-serve shopping, and they've now been popping up in Toronto thanks to a local company called Aisle 24.

Founded in 2015, they launched their first cashierless store (which just so happened to be the first in Canada) at Centennial Place student residence in partnership with Knightstone Capital and Centennial College.

They're now opening other stores in the city including a location in the Canary District, Liberty Village, Leslie and Sheppard, and Yonge and Queens Quay.

"We have plans to expand into British Columbia, Alberta, Manitoba, Nova Scotia and New Brunswick over the next two years," Aisle 24 co-founder and CEO John Douang tells blogTO.

Shopping in the store works by using an app. You need to first download and create an account in the app which will then let you unlock the door to the store.

Security systems in place are intended to discourage theft and track inventory. 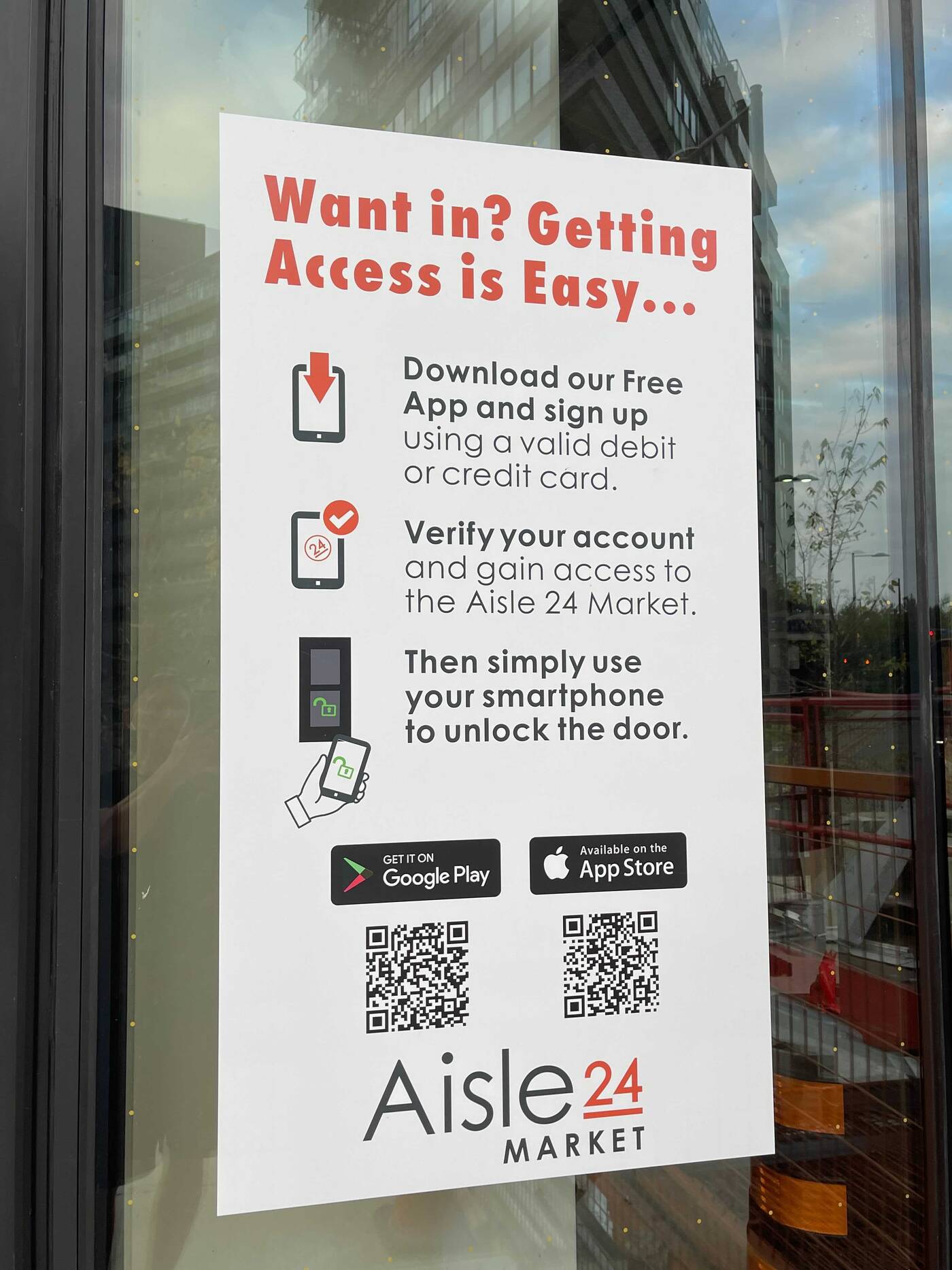 How to gain access to an Aisle 24 location. Photo by blogTO.

Digital tags on each product show prices and you pay for eveything just like you would at any self-serve station like you'd find at Loblaws or Shoppers Drug Mart.

Their site also boasts it could take as little as six weeks to open an Aisle 24 of your own.