Farm Boy has become the breakout star of the Ontario grocery scene, operating 40 stores and counting across the province.

The growing chain could soon add yet another location to its Downtown Toronto portfolio, this one at the busy meeting point between the Financial District and the Entertainment District.

Unverified concept renderings submitted to the City in July for signage approval offer a first taste of the new location possibly being planned for MetroCentre at 200 Wellington Street West.

Wellington Street West entrance to "The Commons" at MetroCentre.

Based on these images, it appears that the Farm Boy location would form part of a broader refresh of the office tower's base, creating an expanded retail presence known as The Commons at MetroCentre.

Though the submission is only weeks old, the images are dated from 2019, hinting that this plan may have been in the works for some time.

There are still plenty of questions, the images alone not painting a complete picture of how a new grocery store would fit into the existing complex.

Plans show new retail spaces of 1,558 and 1,958 square feet, neither large enough for a standard grocery store. A 155 square-foot kiosk is definitely out of the running, barely large enough to hold a couple of grocery check-out counters.

For reference, Farm Boy's new location on Queens Quay measures 19,317 square feet. The combined trio of retail spaces add up to just 3,671 square feet, about a fifth of the footprint one would expect from a Farm Boy.

Though not indicated anywhere in plans, the MetroCentre includes a 64,000 square foot retail concourse connected to the extensive PATH system below street level.

Disclaimers on the images such as "retail signage shown for context" could indicate that this plan is purely conceptual. 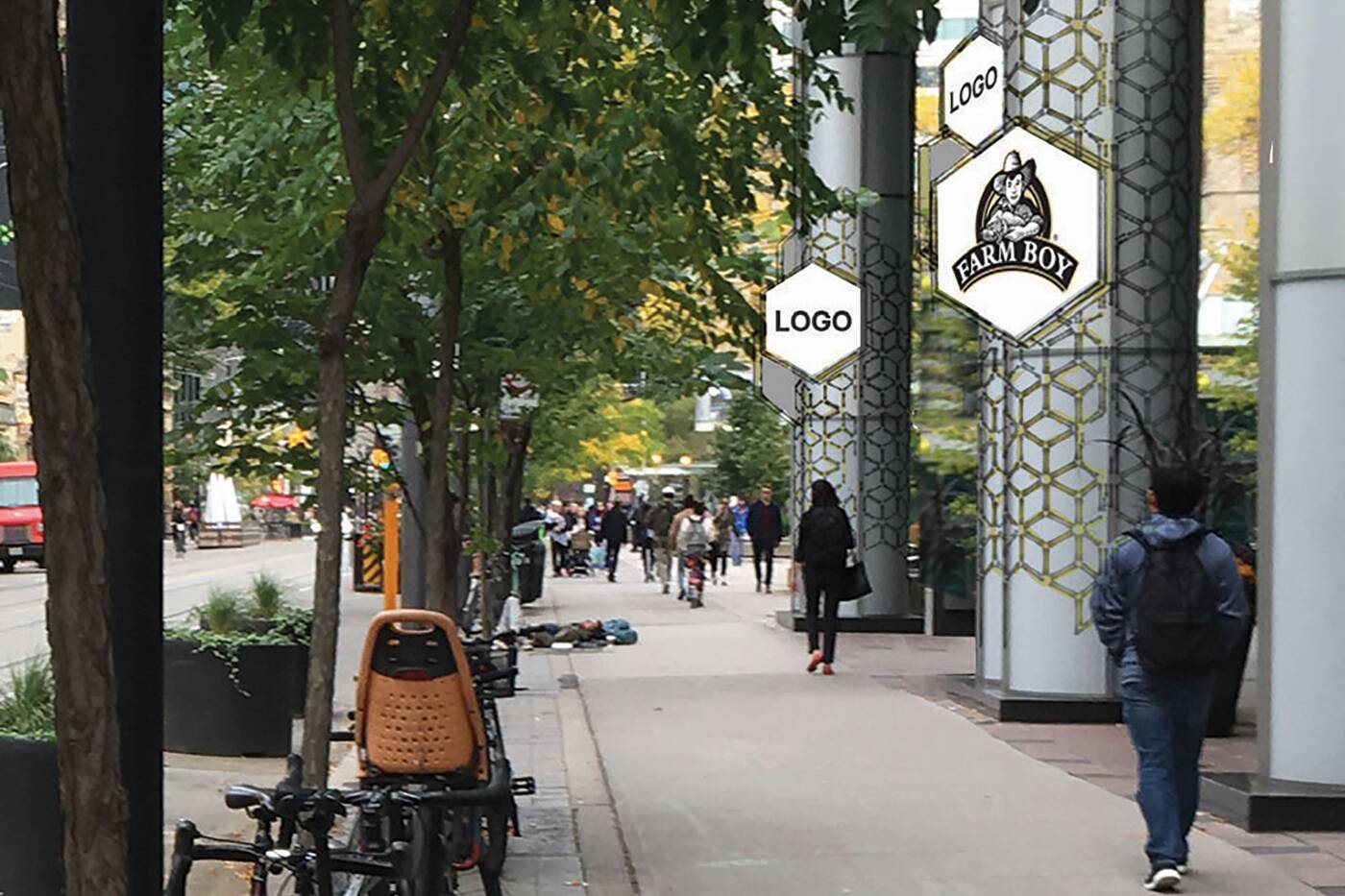 Farm Boy’s website currently has no mention of a store in the works for this location, only mentioning upcoming Toronto openings at Dundas and Aukland as well as Dupont and Christie.

The design firm credited in the renderings, Pappas Design Studio Inc., was also approached for comment but has not responded with a statement on the matter.

With none of the involved entities willing to go on record and the signage application listed by the City as "closed," there are still many unknowns.

Still, the level of detail shown in these renderings and Farm Boy’s bullish expansion in the city are good signs for the growing population near MetroCentre.

by pappas design studio inc. via submission to City of Toronto