When it comes to menus, few have the range of Chinese Canadian diner Queen Star, where home-fry breakfasts are served up alongside chop suey, egg foo young, and gyro pitas. 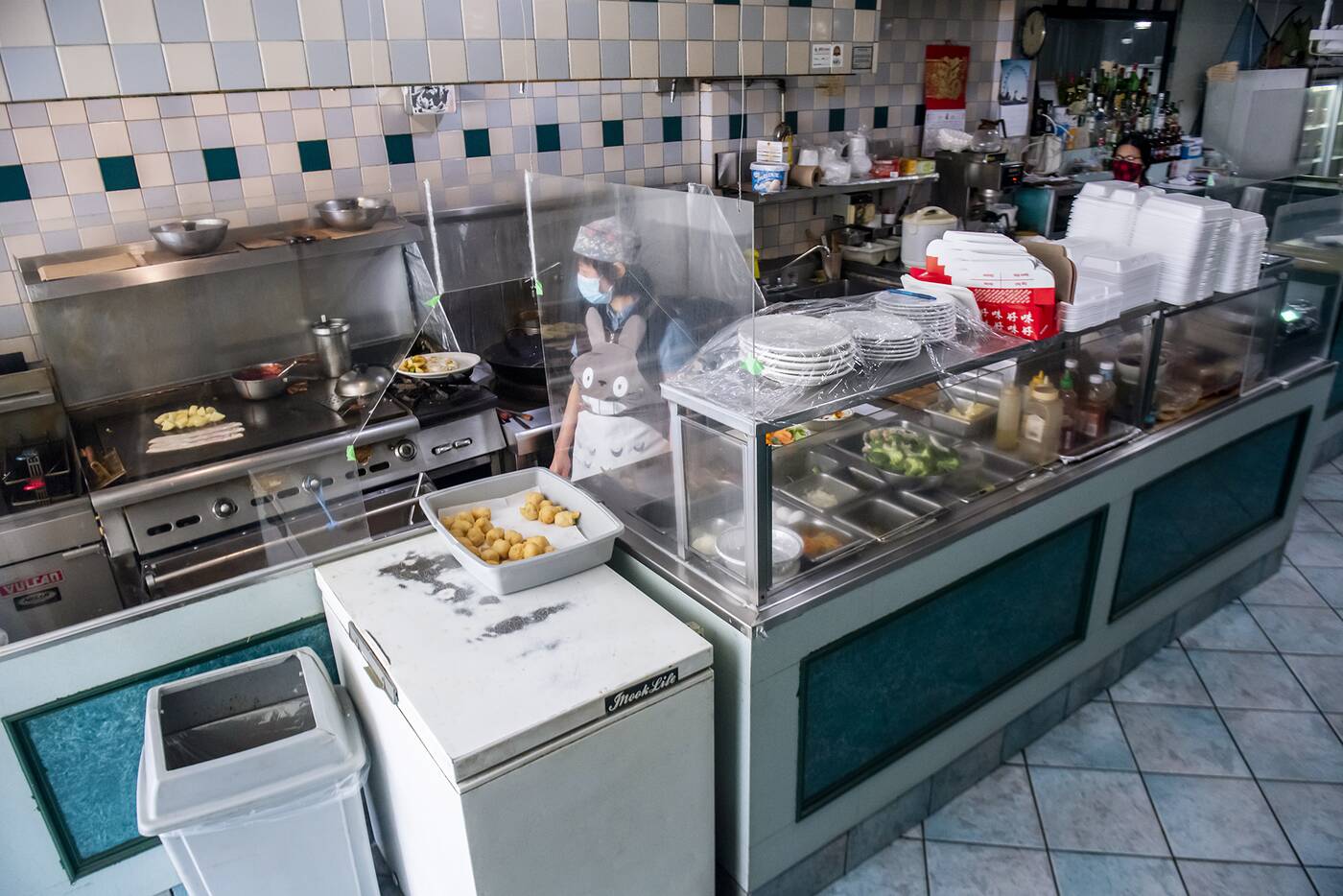 The restaurant is now closed for dine-in, with Tony running deliveries himself. 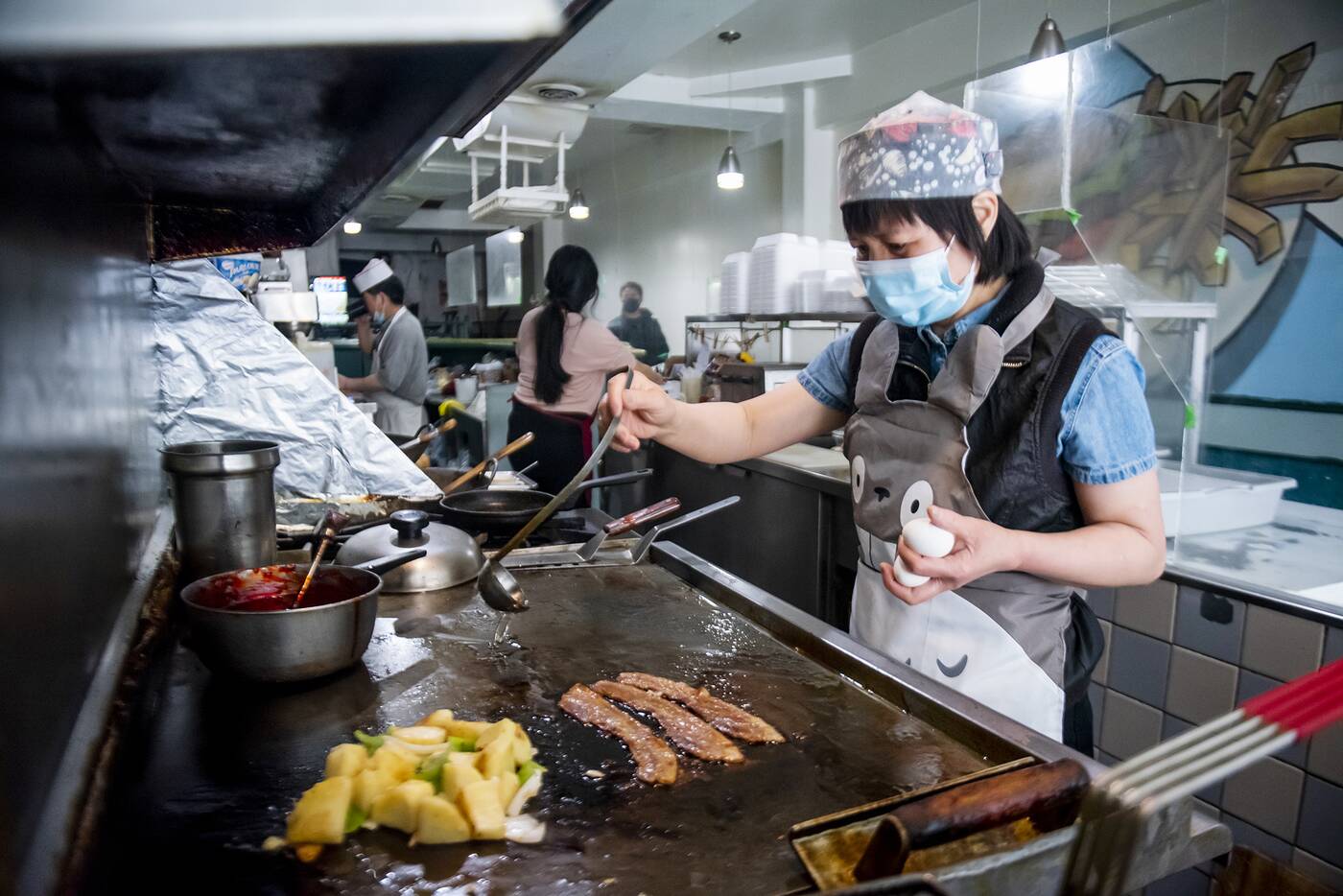 The restaurant has specialized in all day breakfasts and Chinese Canadian food for 35 years.

But before the onset of COVID-19, Queen Star's weekends stayed packed with a mix of guests hankering for two-egg, peameal bacon breakfasts and deep-fried chicken balls doused in radioactive-red sweet and sour sauce, the sounds of Su and Tony speaking loudly from their open kitchen. 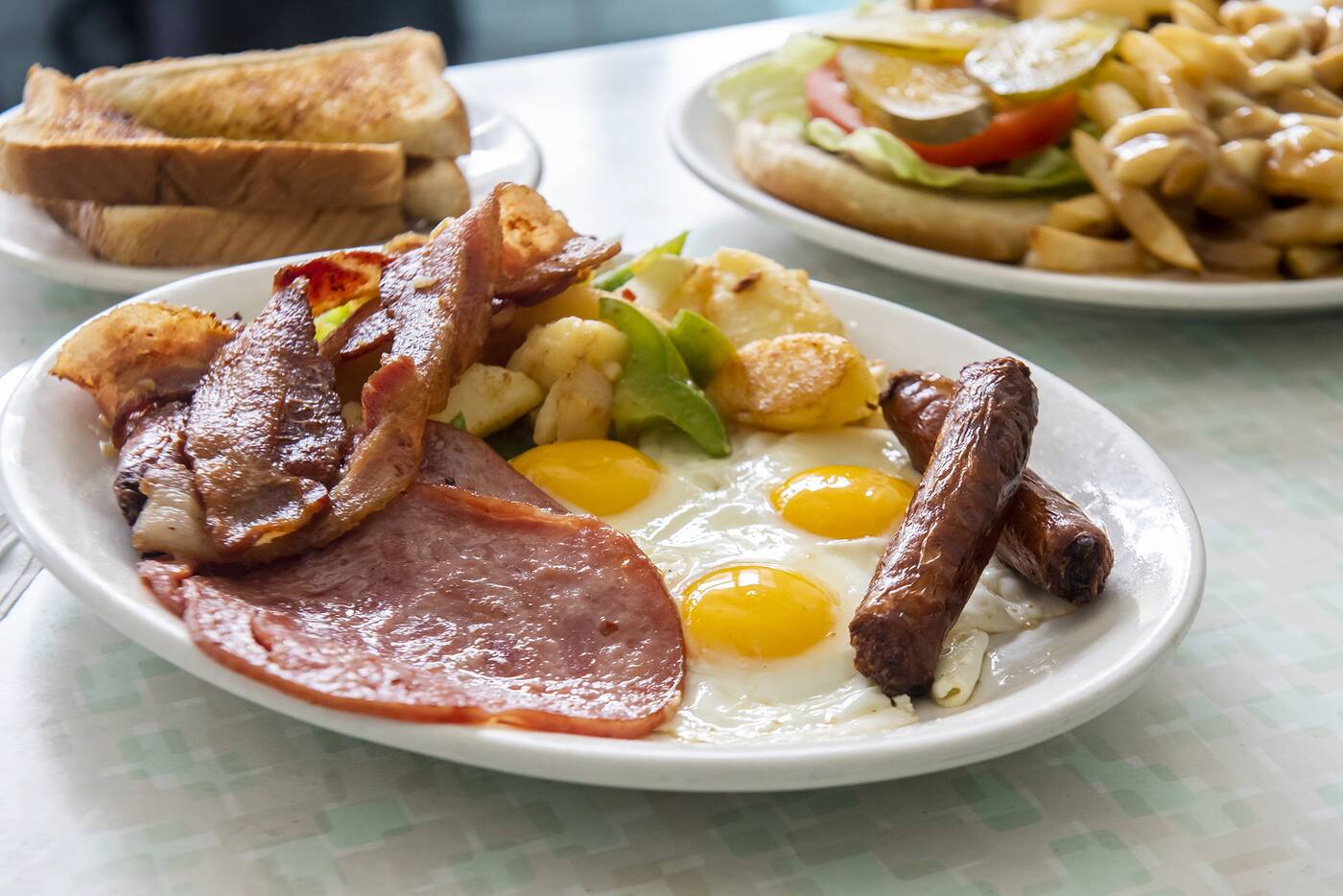 Breakfasts with peameal bacon, sausages, and bacon are a popular order.

"These days people don't do much breakfast," says Su in Cantonese. "People do dinner takeout." 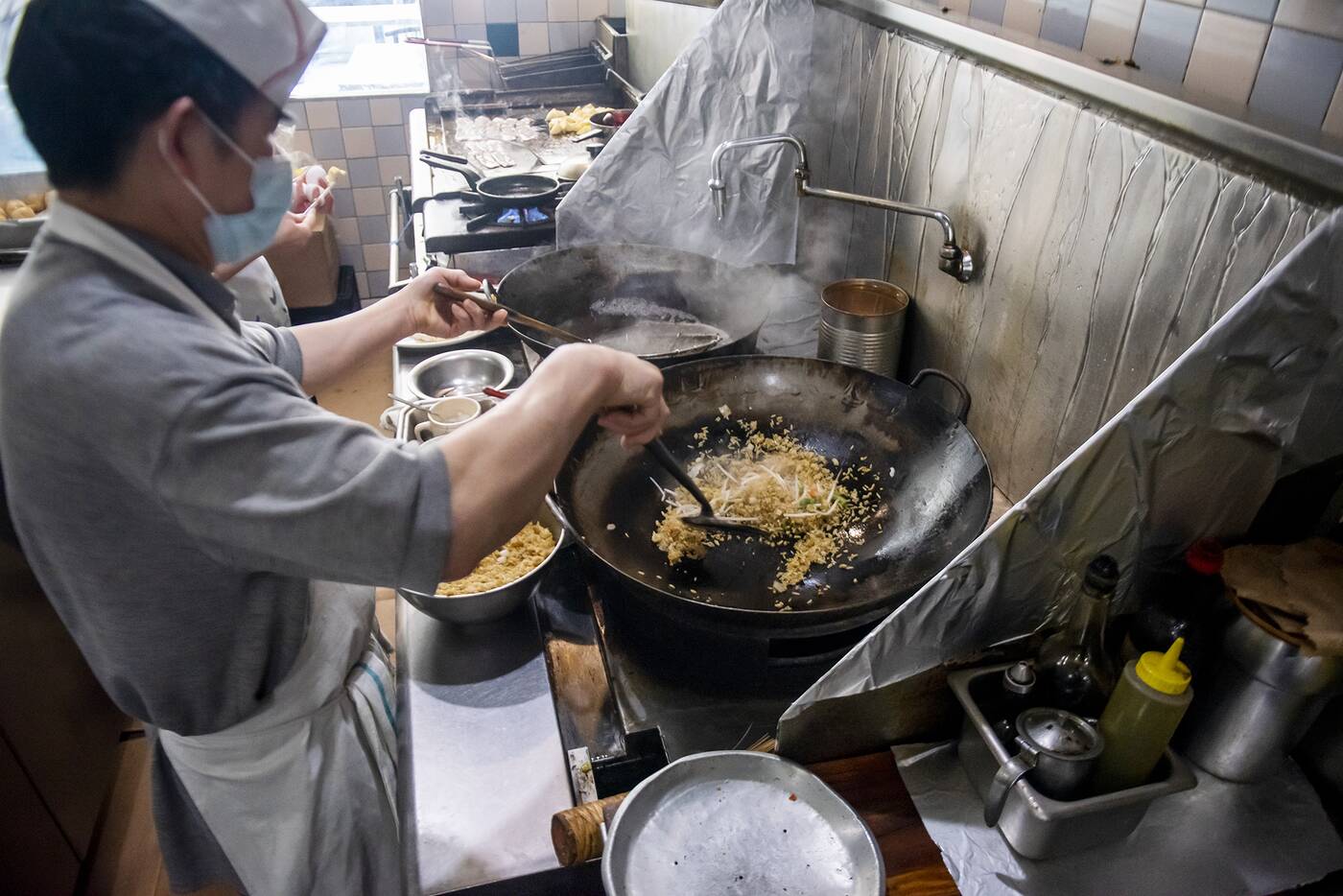 Tony Tang learned how to cook when he arrived alone in Toronto in 1996.

The loss of egg roll staples like Sea-Hi and Icy Spicy means Queen Star is one of the few remaining restaurants in Toronto serving quintessentially Chinese Canadian fare: a cuisine based on traditional Chinese recipes but re-imagined for Western palates and ideally for takeout. 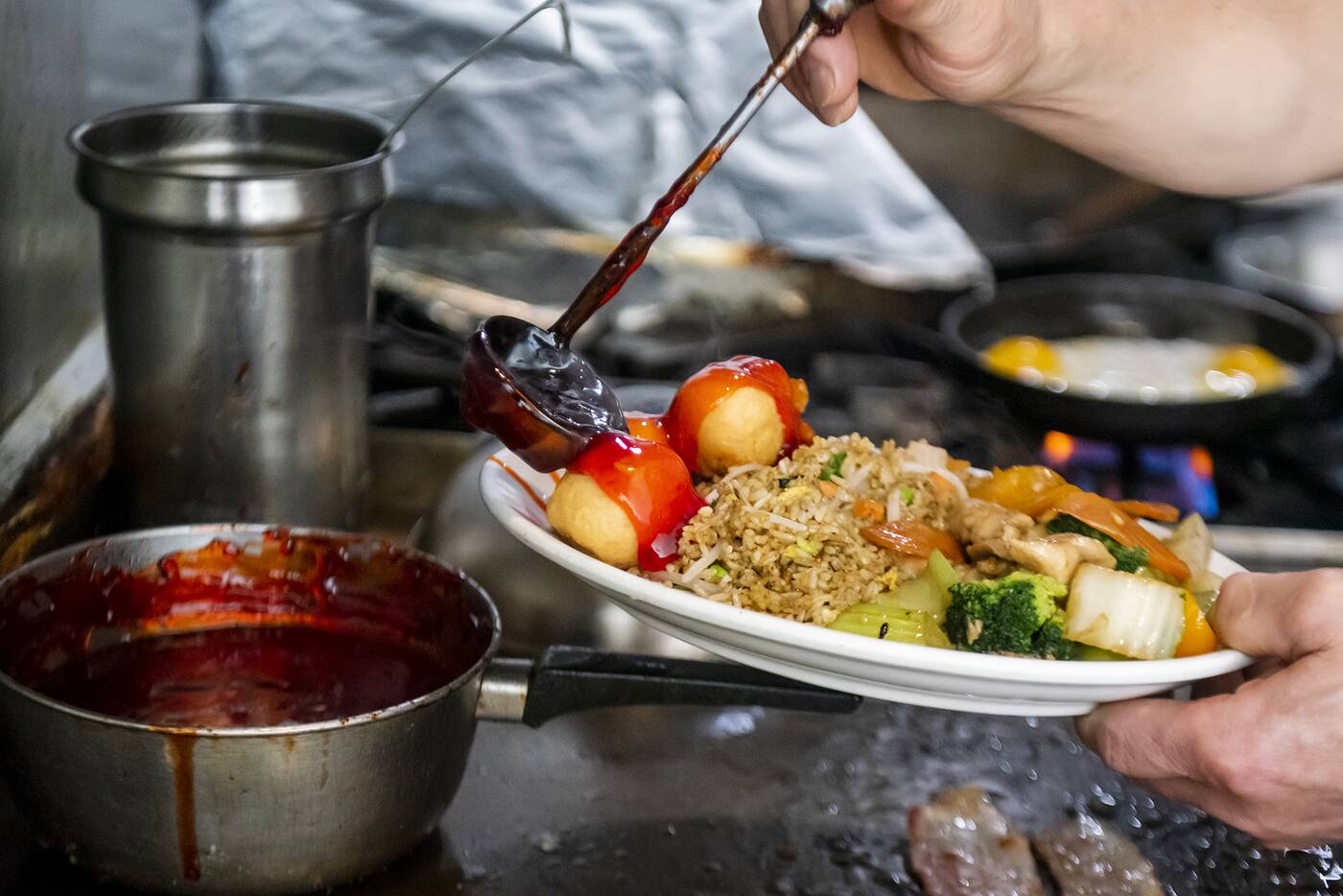 One of the specialties here are the sweet-and-sour chicken balls.

Three generations of the Tang family help out in the aging teal interior of the restaurant. 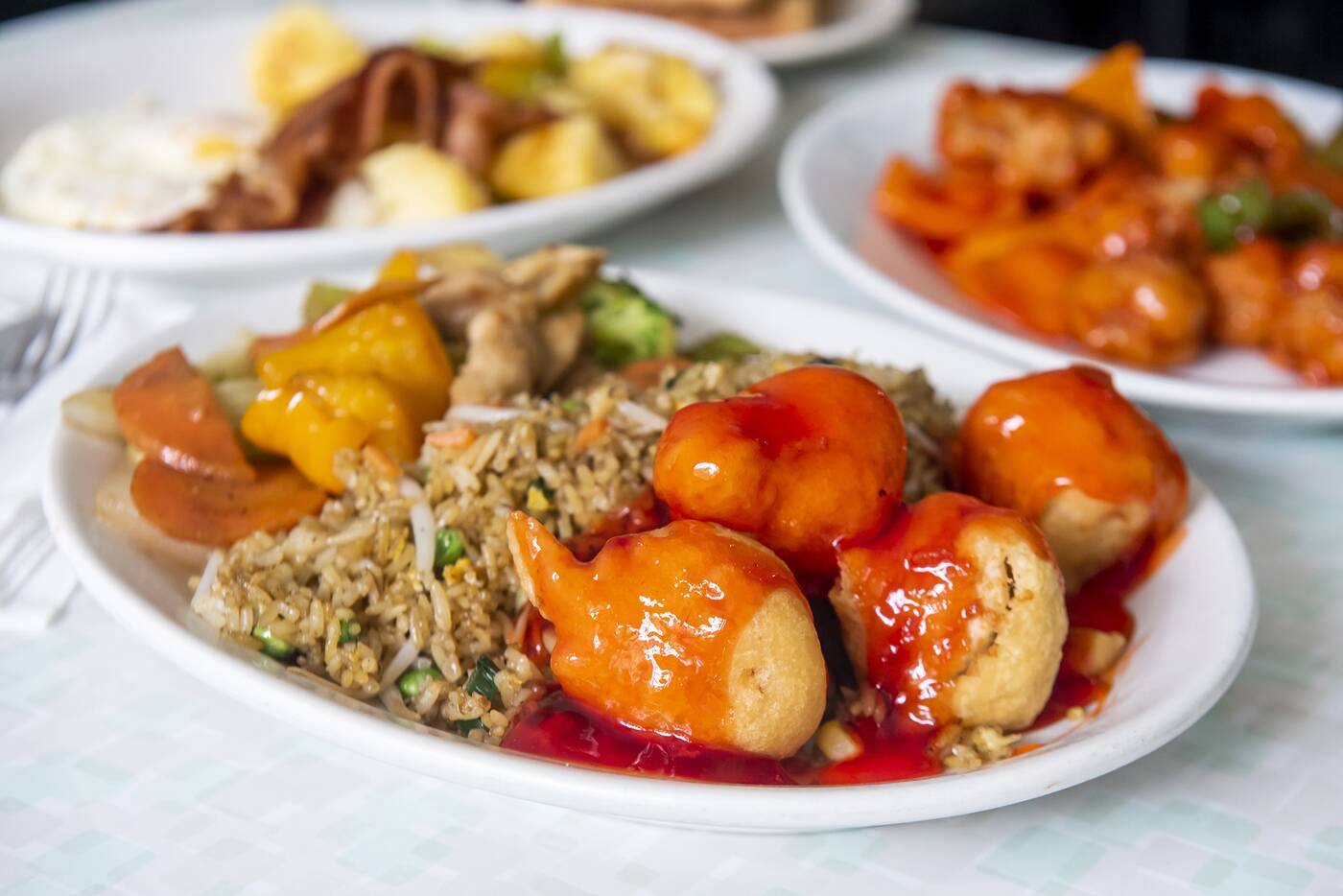 Queen Star has plenty of combos that come with fried rice and veggies on the side.

According to Su and Tony's son, Jeffery, the restaurant's menu of chow mein and fried rice combos was created well before his parents took it over in 2000. 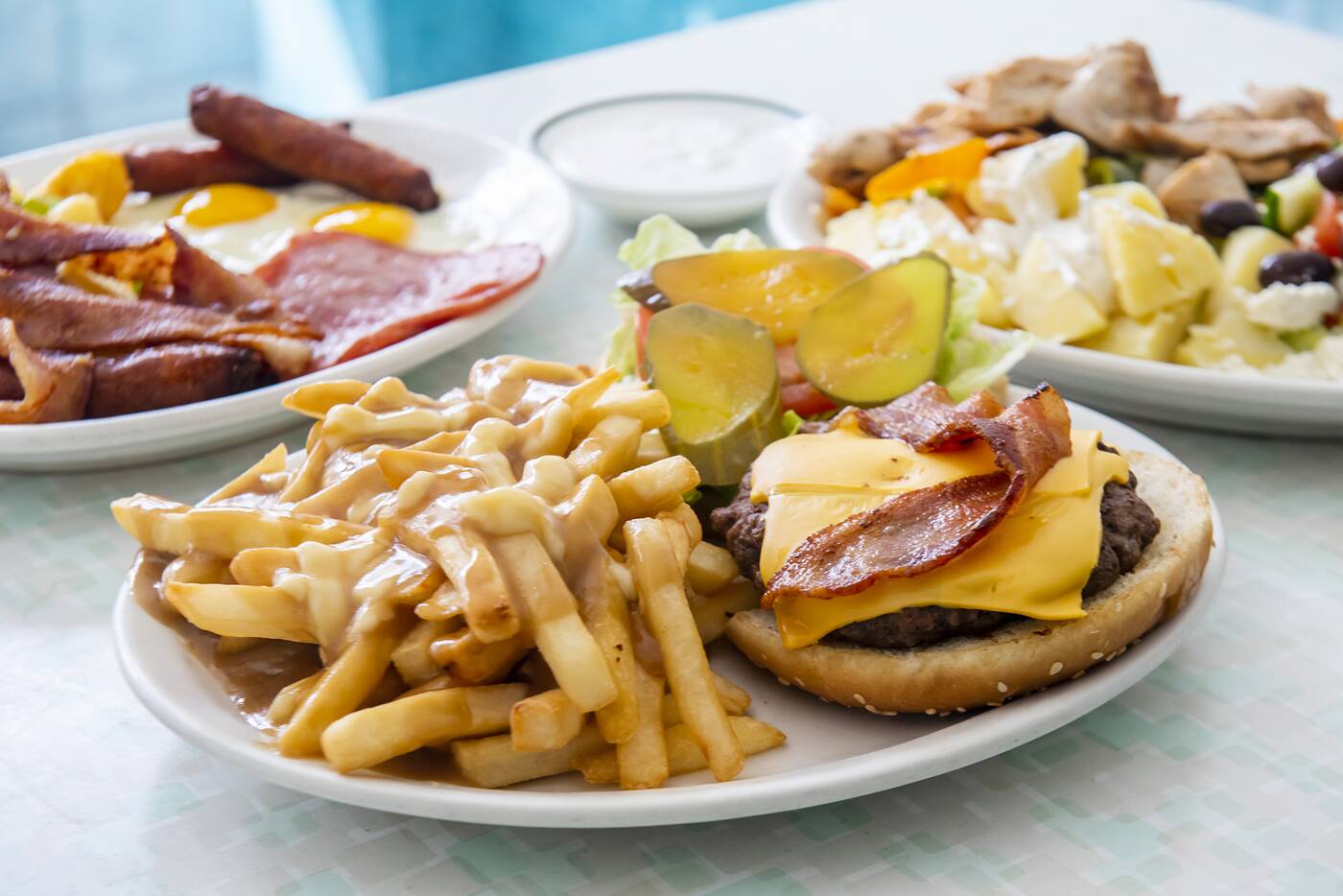 Burgers and fries are a staple diner order at Queen Star.

Queen Star has been a staple on this stretch of West Queen West for nearly four decades. It was first opened up at 1144 Queen St. West by Cho-Lin Hsied in 1986. 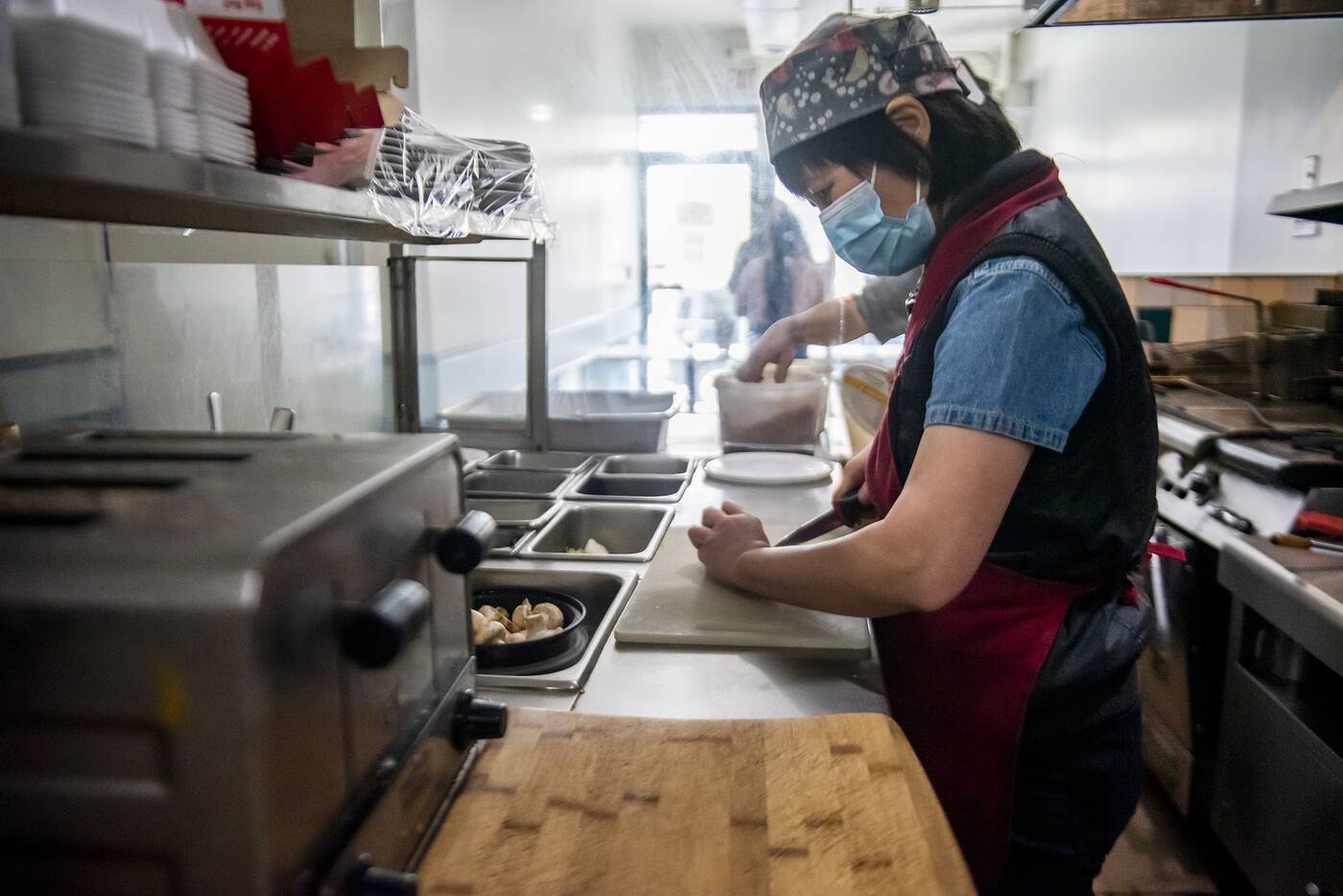 By 2000, Su and Tony, who'd recently immigrated from China, both found jobs at the diner to support their growing family. 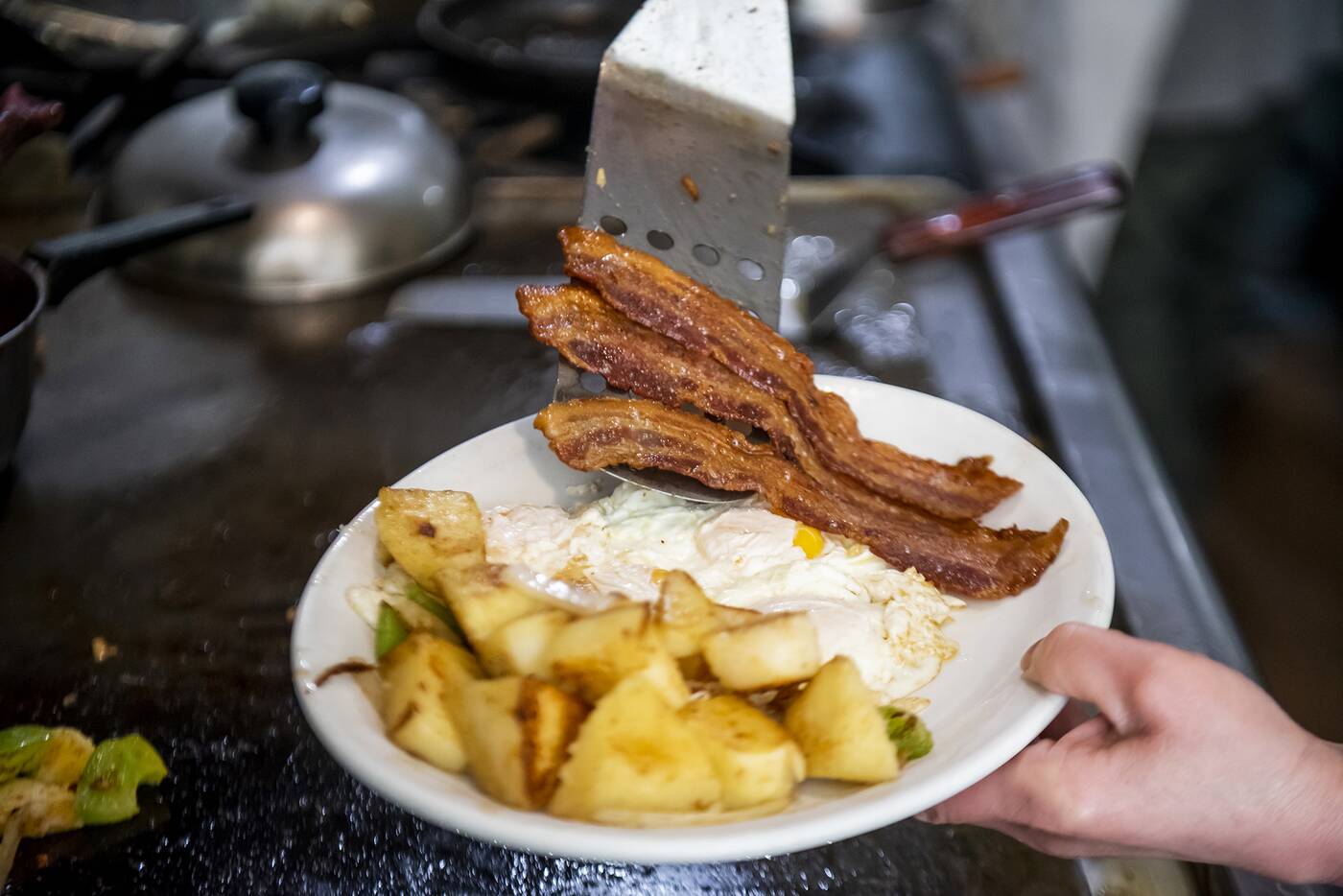 The diner has been known for its all day breakfasts, but these days dinner takeout is more popular.

Within a couple of years they'd bought the business, eventually moving Queen Star to its present location to make way for the Drake General Store. 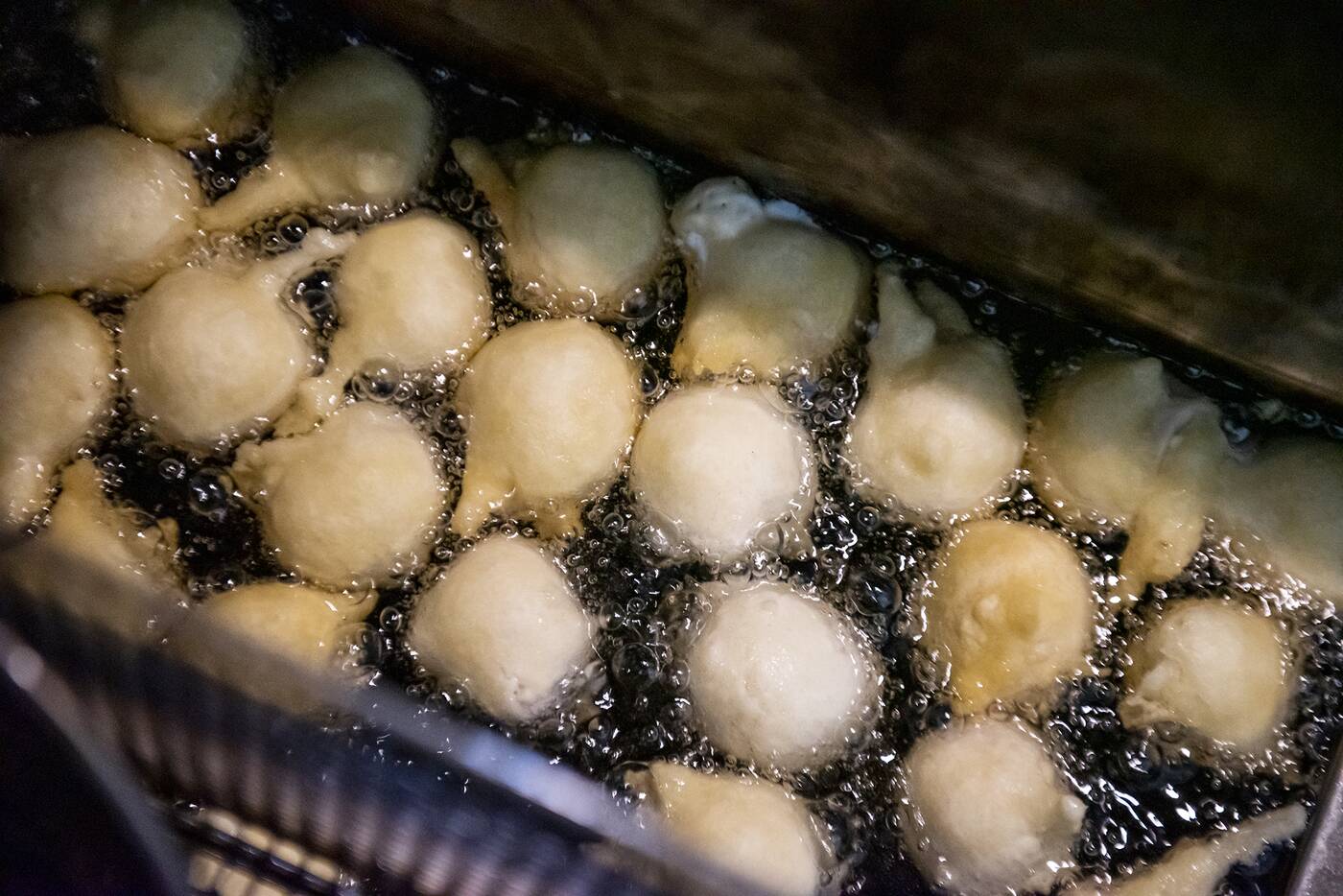 Su and Tony have spent long hours in the kitchen for 21 years.

Jeffery remembers his parents working long hours to make ends meet for him and his three siblings, returning late at night to their small apartment near Davenport and Dufferin.

Initially, the bulk of Queen Star's business was driven by orders from the construction crews working on Liberty Village. 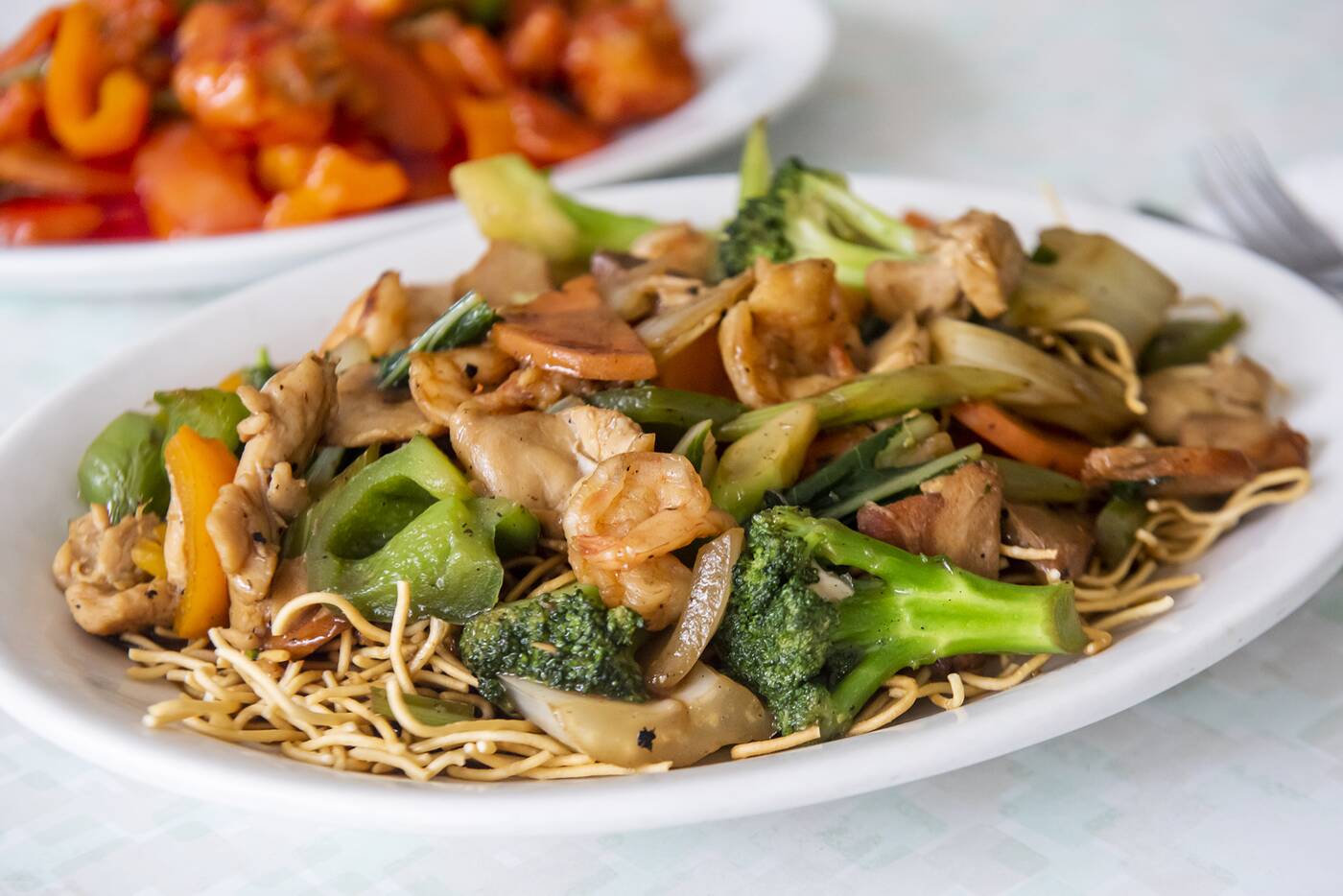 Other Chinese Canadian cuisine must-haves like chow mein and egg foo young are on the menu.

Over time, those orders faded, but Queen Star had already made a name for itself in the area—likely thanks to the thousands of Queen Star menus Jeffery and his three siblings were forced to hand out to Liberty Village homes in the summer, a memory he looks back on fondly now.

Since the pandemic hit, business has been hurting. Revenue has gone down by around $10,000 a month, says Jeffery. 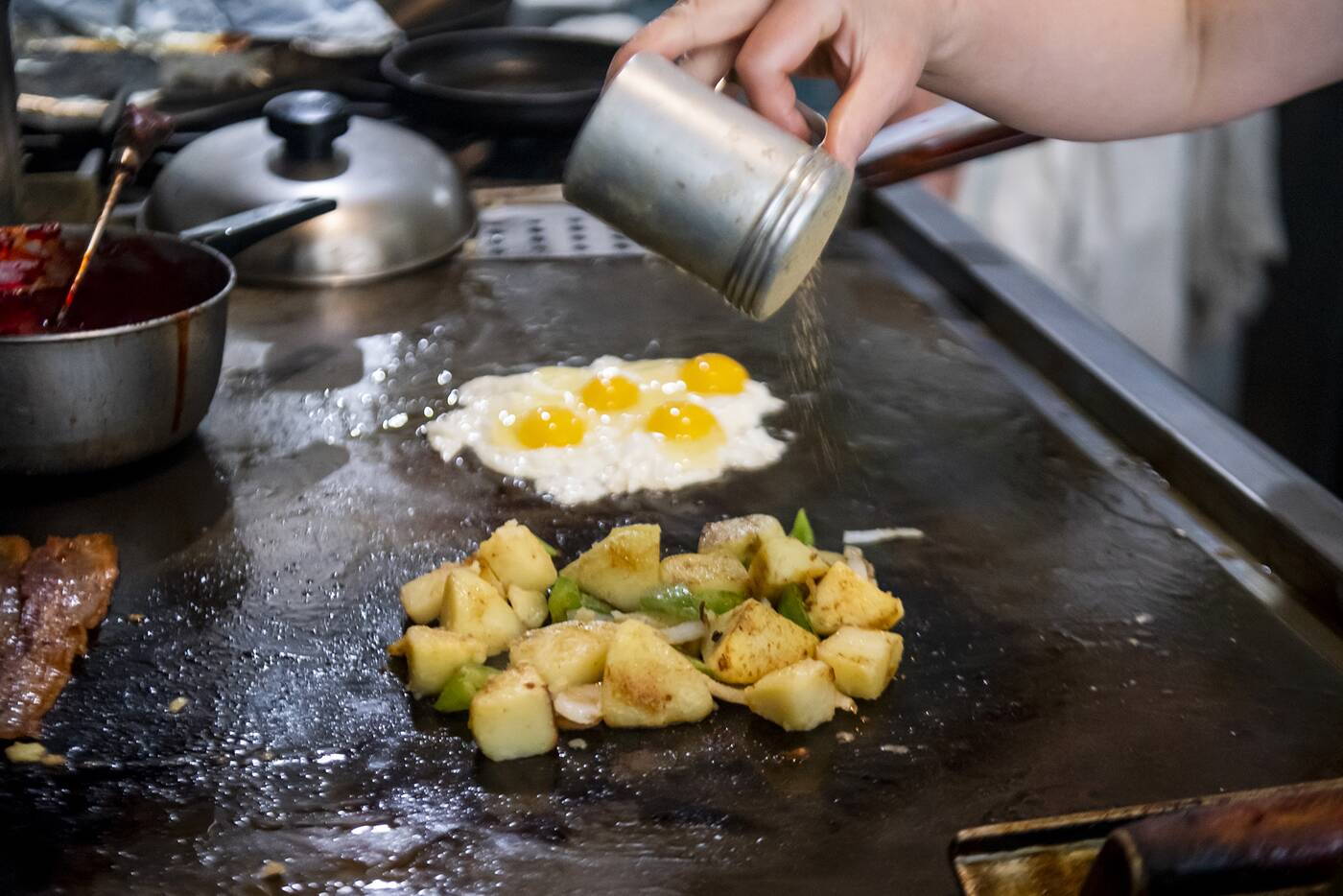 Su and Tony plan on retiring in about 5 to 10 years, says their son Jeffery.

"They’ve been working way too much, so they’re okay with not working as much," says Jeffery. "They’re going to retire in  5-10 years." 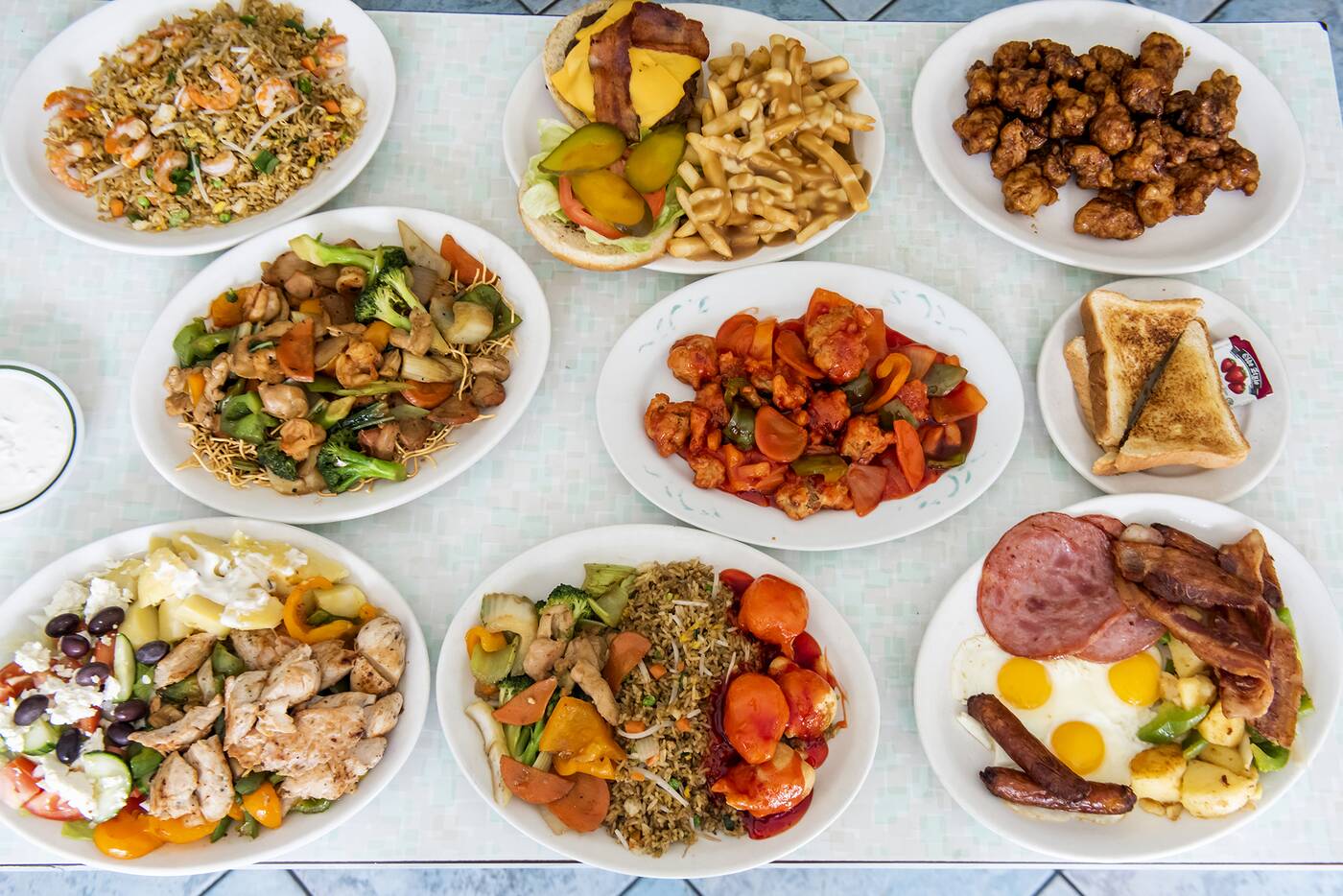 Jeffery has tentative plans to take over.

When they do, Jeffery, who's graduated from George Brown's culinary mangement program, says he might take over. He hopes to modernize the restaurant a bit, which has been hard to do since his parents are pretty old-school.

"They don't like changes," he says laughing. That being said, Jeffery says Queen Star's menu will likely remain the same as it has for years. 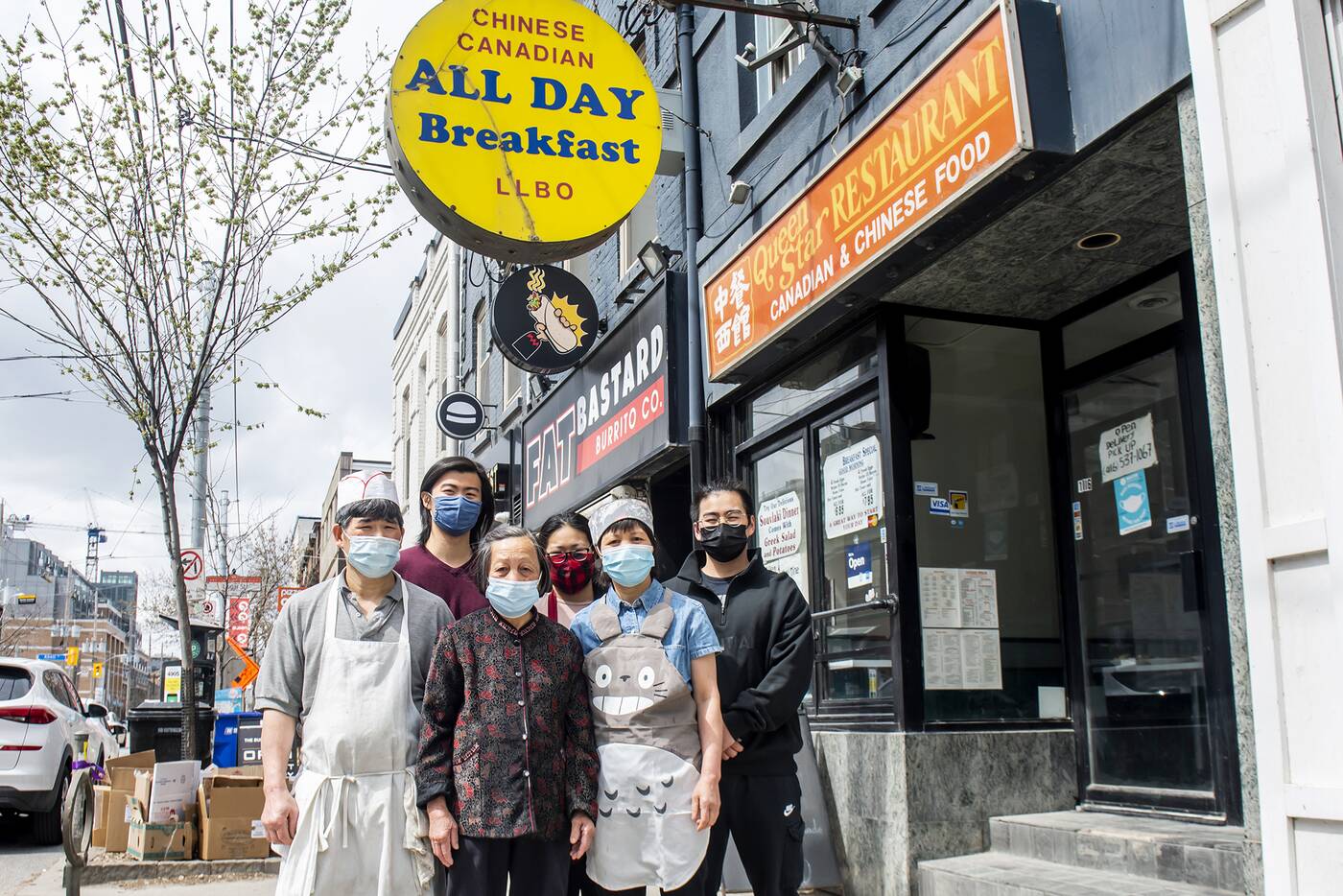