Belly Buster Submarines, Toronto icons for half a century, will soon be opening their third location, to the delight of city sandwich fans.

With two locations already at 3447 Yonge St. (the OG) and at 389 King St. W., and a history that stretches back 47 years, the sandwich counters are known for their takes on turkey bacon subs and their late-night hours.

Signs indicating that a new location would be coming soon recently appeared in the old Purple Purl location in Leslieville. 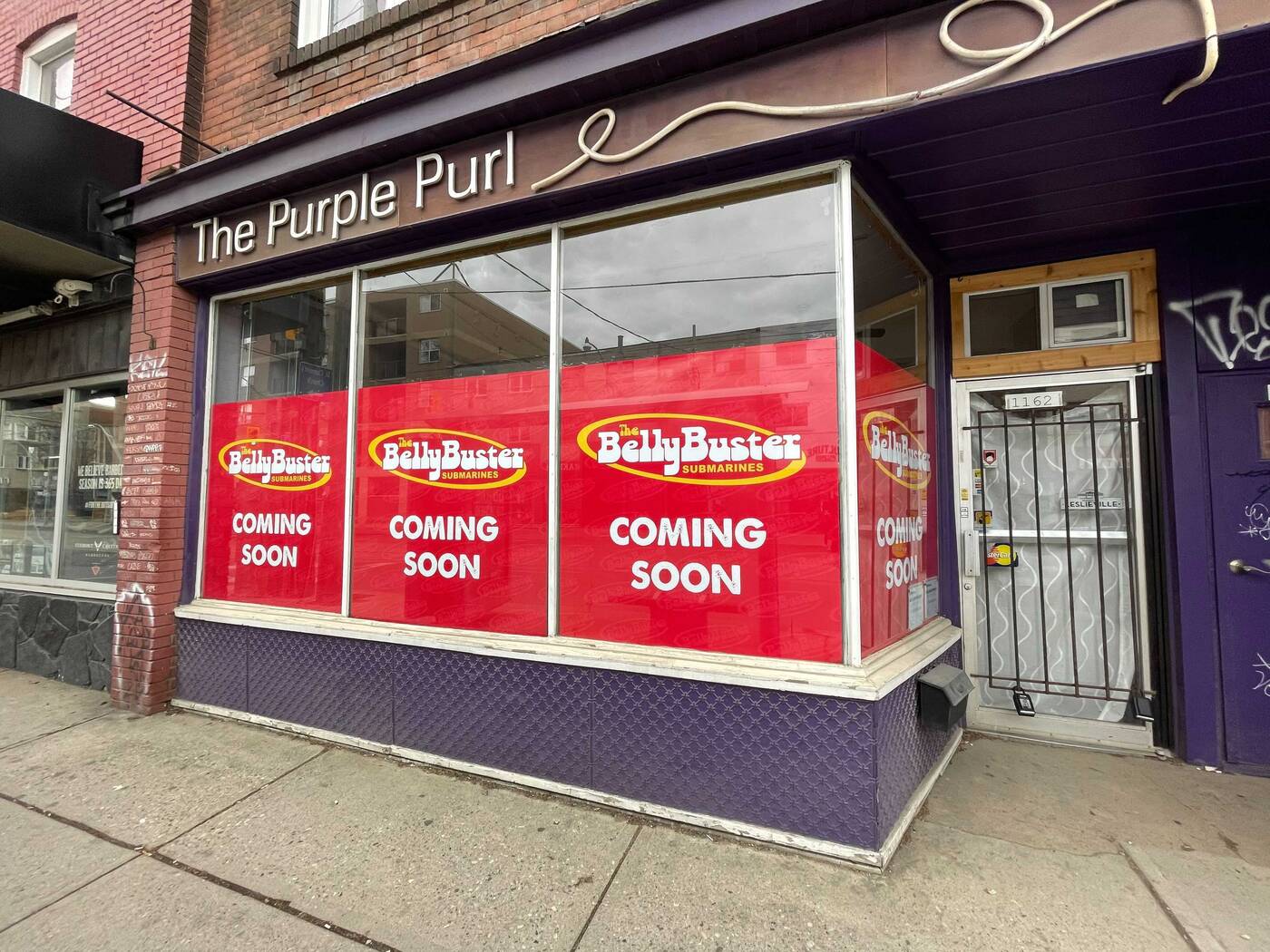 Construction started on the third location a few weeks ago, where the menu of meaty sandwiches should be pretty much the same.

"We were looking to expand to a fun and hip neighbourhood and felt that Leslieville would be a perfect fit," Paul Konstantinidis, president of Belly Buster tells blogTO.

He says the new location should come complete with a fun "Get in my Belly" neon light for social media opportunities.

Belly Buster is planning on opening the new location for the summer if everything goes smoothly.