Belly Buster Submarines has landed on King West, and it's already busy. About an hour after the place officially opened this morning, a line of people already reached to the door, many of them curious to see if the new location can live up to all the hype that's somehow built up over the original sub joint at Yonge and Glen Echo Rd. People don't typically go cuckoo for submarine sandwiches, but Belly Buster seems to be the exception to the rule. 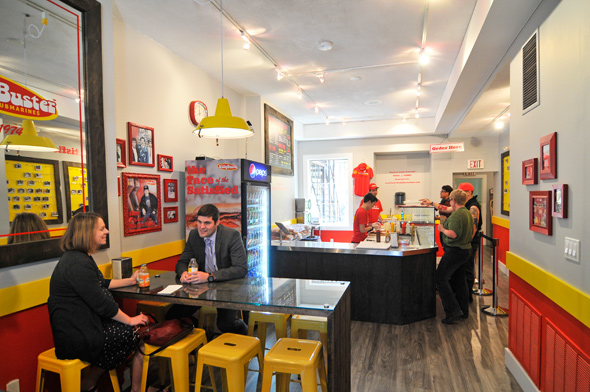 It's at least slightly curious to me, even though I'm a degenerate sub eater (I could eat subs for lunch every day and be a happy guy). But, of course, the reputation that Belly Buster has acquired is about more than just the food. What this particular restaurant trades in is nostalgia. The original location opened in 1974, and all the North Toronto kids have a memory or two of eating a turkey bacon sub there. Many of them, in fact, can still be found in the old Polaroid photographs that line the walls, snapshots of putatively easier (and often drunken) times that scream youth and a lack of responsibility. 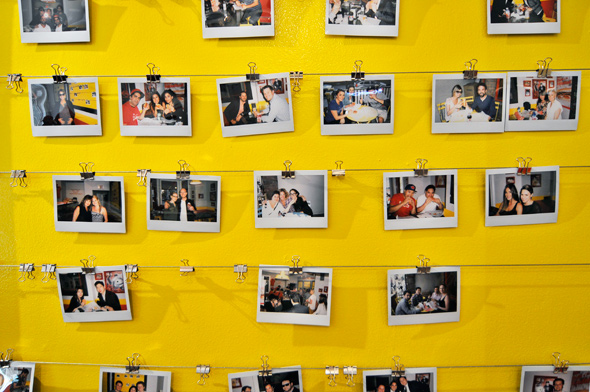 In other words, brothers Jian and Page Magen and partner Michael Kimel had a very good idea when they bought the rights to expand the business (Christopher Passilidis still owns the Yonge Street location) and open up shop on King Street. The kids might be grown up now, but they live downtown â and what better way to take a comforting stroll down memory lane than a Belly Buster sub? They've even nailed the decor: it's vintage-y but not rundown, and a new collection of snapshots has already started on one of the walls. 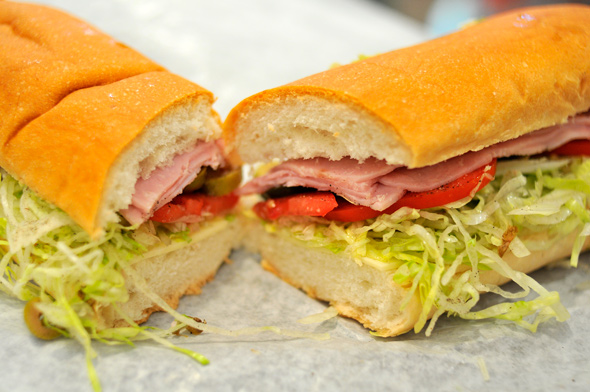 So the concept is a winner. But the subs still need to be as good as the ones at the original location or that nostalgic desire will soon fade, replaced with the realization that you can't go home again. Ah, but you can! The first sub I ordered from the new Belly Buster was the one I used to order at the old Belly Buster when I was a kid with unadventurous taste: a plain old ham ($6.40). And, yup, it was pretty much exactly how I remembered it. I'll spare everyone the tasting notes, but should underline that Belly Buster sandwiches stand out because of the freshness of the bread. This is not the freeze and bake stuff you find at Mr. Sub and Subway. 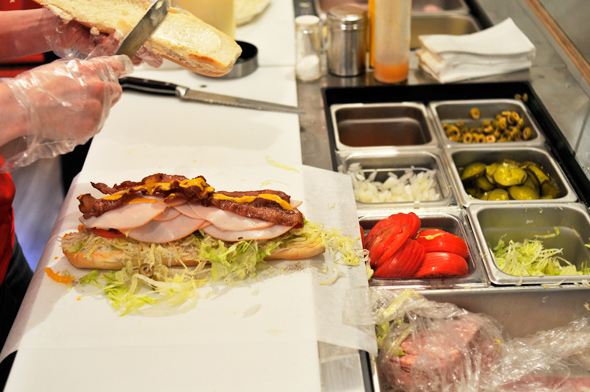 Yes, thanks to the bread, this food tastes somehow more "real" than at the big chains, even if the cold cuts are just as processed. Case in point, the turkey bacon sub ($7.65) I devour on my second visit (yup, two days in a row). Everything's in its right place. The bread isn't overly heavy, the bacon is crispy but not rock hard, and the tomatoes are nice and turgid. Soggy tomatoes can sink a sub faster than you can say battleship, but this crew will live to sail another day. 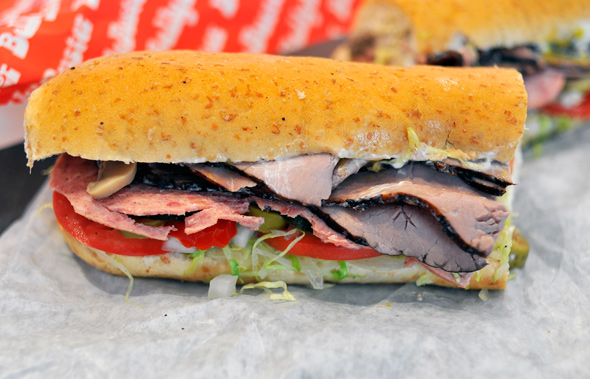 Ditto for the Belly Buster itself ($7.85). I tend to shy away from combined meat subs, but the stack of roast beef and salami is worth a guilty indulgence. Smeared with mayo, mustard, and sub sauce, and complete with a hefty dose of hot peppers and raw onions, this is not the type of sandwich for calorie counters, but it tastes all the better for this mess of toppings and sauces. 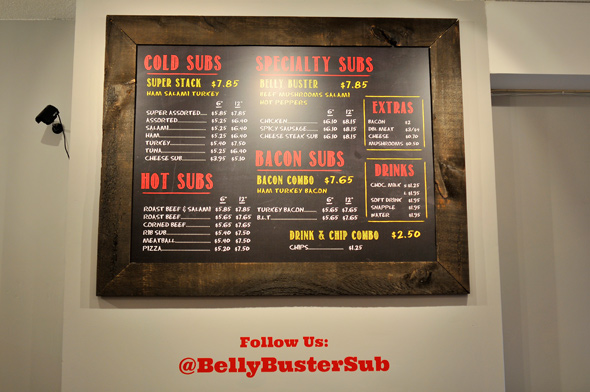 There was initially talk of offering some new salads at the King West location, but I think that idea was wisely ditched. The subs are the star here and if the concept is to do better than the chains by being fresher all around, then refrigerated greens would be silly. And besides, who gets nostalgic over salad? 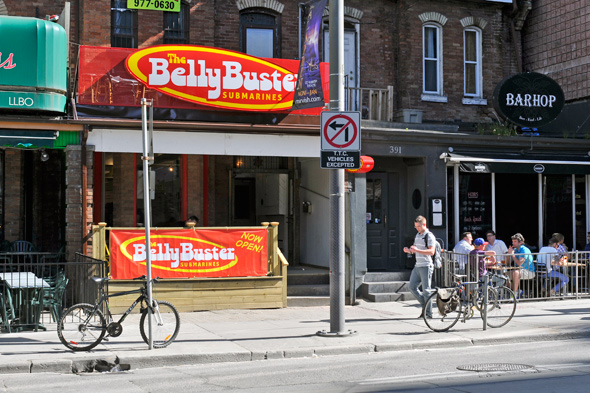