Starbucks addicts have had a difficult year in Toronto as many of the coffee chain's locations have shut down throughout the city, and Second Cup is now capitalizing on the widespread closures by offering a free drink to customers who happen to pass by a shuttered store.

In a statement sent to blogTO, a Second Cup spokesperson confirmed that Toronto residents will receive a geo-targeted ad offer on Facebook or Instagram for a free vanilla bean latte when passing one of seven shuttered Starbucks locations.

"Second Cup understands that Torontonians miss their daily Starbucks fix," said the spokesperson. "To tend to the caffeine withdrawals happening around the city, Second Cup is giving away free cups of their Vanilla Bean Latte."

The shuttered locations include:

In order to claim the offer, coffee-lovers will have to open the Facebook or Instagram app after passing one of these locations to see it and then click through to get the coupon. 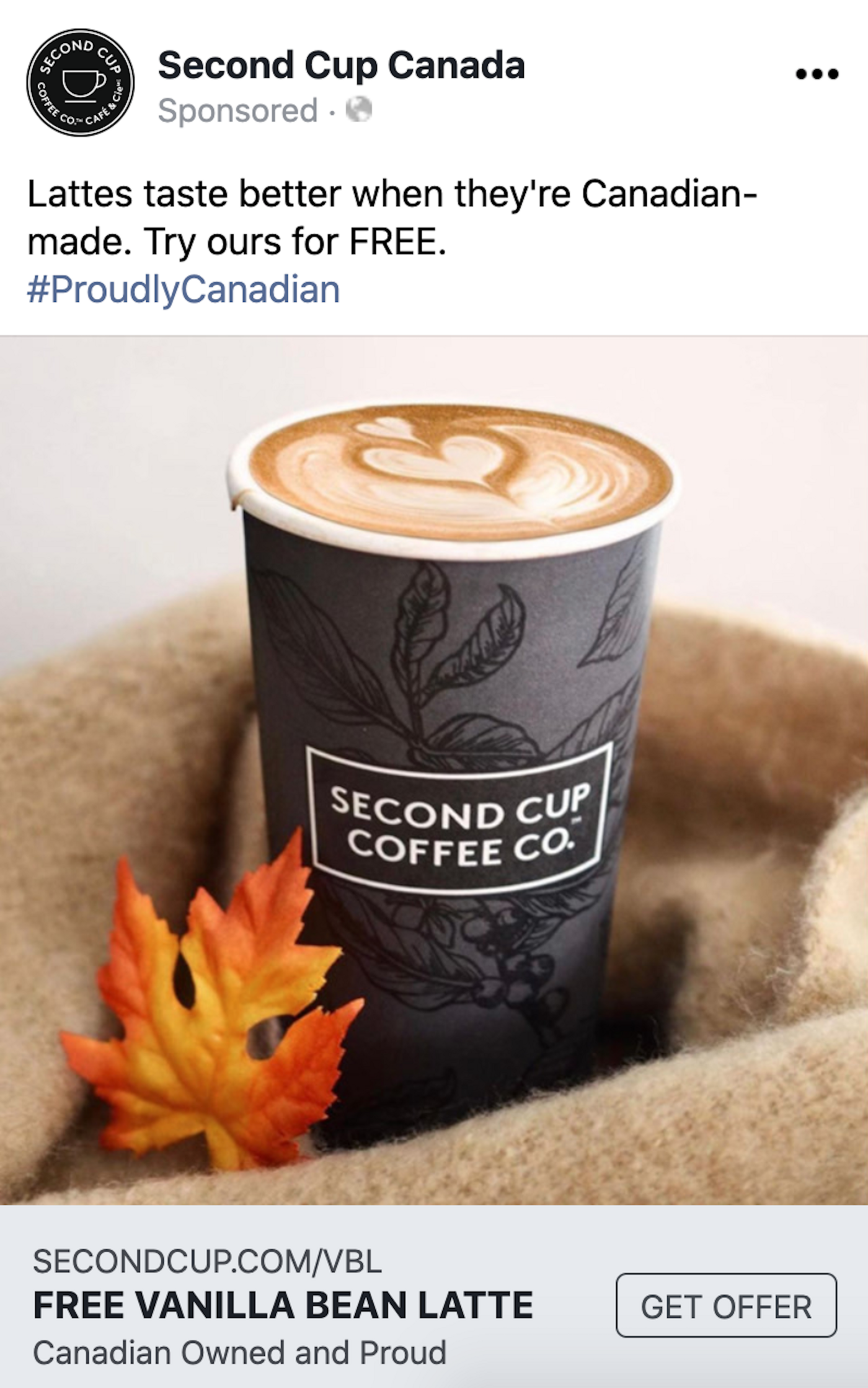 Customers then simply have to show it to the barista at their nearest Second Cup location to claim the free beverage.

So while it may not be quite as easy as it used to be to get that much-needed Starbucks fix in Toronto, this strategic promo just might successfully turn some former Starbies lovers into Second Cup stans instead.