Toronto chef Kareema Beckles is still reeling from a nightmarish weekend at her Caribbean fusion restaurant.

The owner of Chef Kareema, Beckles' longtime Caribbean catering business turned restaurant on Dundas East, was the victim of two separate acts of vandalism over the weekend.

"It's hurtful" Beckles tells blogTO. "It's disheartening. It's vexing."

"I'm so upset, I'm still very emotional about everything but I'm trying to stay focused on the bigger picture, because something better is coming." 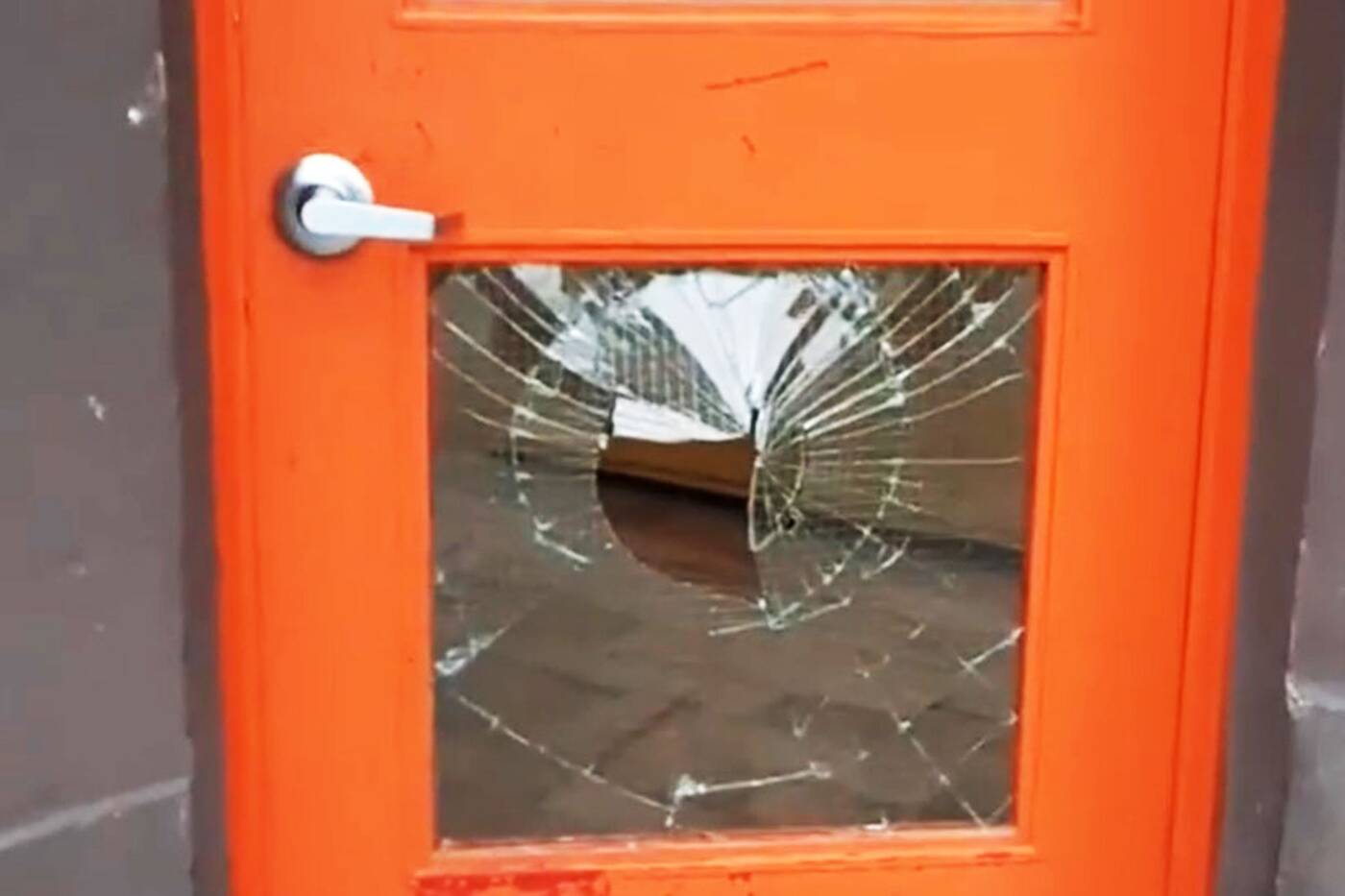 On Saturday, Beckles arrived to her shop, which opened at 203 Dundas St. East in December, to find the glass of her front door smashed in. Beckles says that the perpetrator also vandalized a number of cars along George Street.

"I'm so disgusted and disappointed," said Beckles in a video posted to her Instagram page.

"All I'm trying to do, people, is have a business. And have something for my children, and my grandchildren, and future generations, if I can. I just want to have a legacy for my people."

Shortly after the incident, a friend organized a Gofundme page to help Beckles raise money for the window repair.

But by the next morning, there was more damage.

Chef Kareema is usually closed on Sundays, but Beckles was alerted by a customer about more smashed glass. Before she was even able to get her door fixed, three separate holes appeared in the restaurant's windows over night. 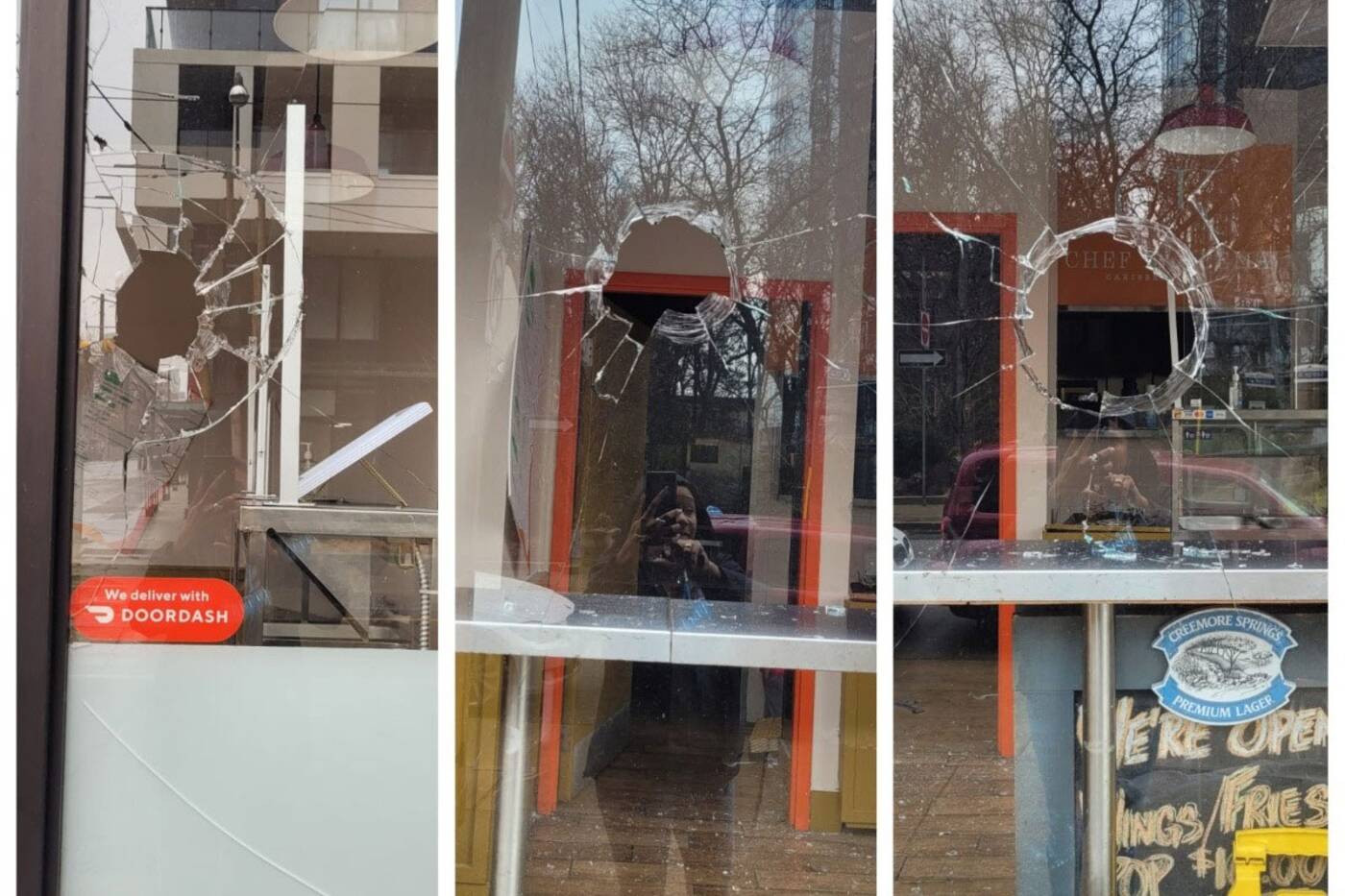 Following the door damage on Saturday, Kareema Beckles found three more holes in the glass of her store windows on Sunday morning. Photo via Gofundme.

Beckles rushed to the store and was in total disbelief, sharing a video of the new damage on her social media.

She's received a flurry of support since, including an update to her Gofundme page, which has surpassed $6,000 in donations. The funds will go towards shatter-proof glass windows for Chef Kareema.

Beckles says she's immensely grateful for the support, including the kind that goes beyond financial donations. Though she's closed on Monday, the restaurant will be up and running on Tuesday.

Expect to see a group of motorcycles parked outside Chef Kareema, eating some Caribbean fusion, when the restaurant reopens.

De BikerBoyz, a promo company in the motorcycling community, is organizing a group ride to show support for Beckles. They're encouraging people to visit Chef Kareema on Tuesday between 11 a.m. and 7 p.m.

"We just want to show people that you can't be doing that to the community," says Jef Lo of De BikerBoyz.

Lo, who is a friend of Beckles, says it's not the first time De BikerBoyz have ridden in solidarity with a business.

Last year the community organized a ride in support of the Pickering restaurant Mr. Delicious after vandalism that was allegedly racially motivated.

"With Kareema, I'm not sure what the vandalism is about, but it's happened twice," said Lo.

"We want to support her and show her some love from our side and have everyone ride down and let people know, she’s here to stay, she has support."