A long-time sports bar on Danforth East has a new tenant rolling up Dartmouth-style donairs and smash burgers.

Rosy Kitchen has taken over the back of J's Sports Bar & Grill, and it looks like they'll be around until the summer. 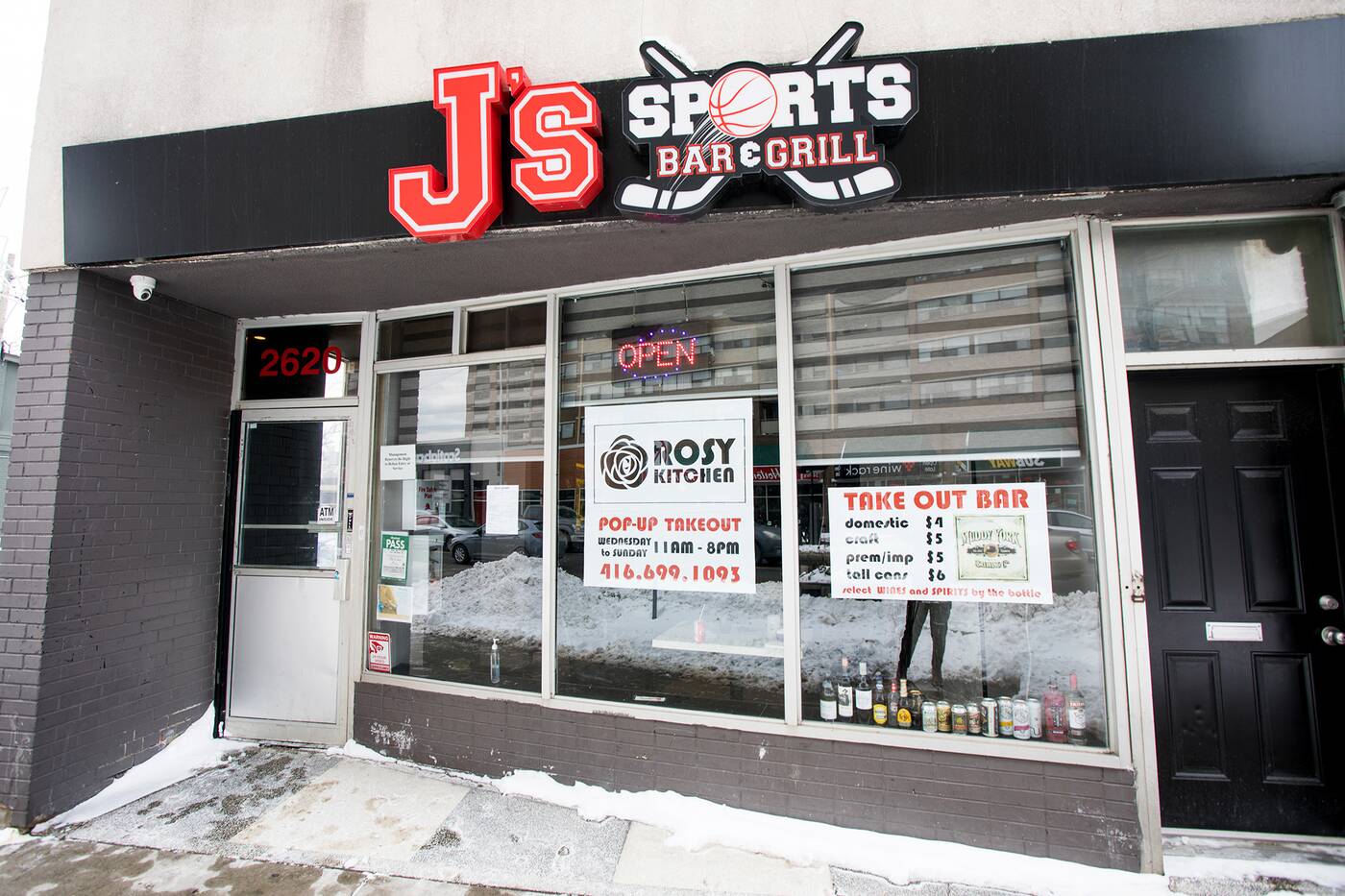 The future beyond that is still up in the air for owner Tanya Arnold and her husband, Adam Connolly, but they're desperate to make it work. 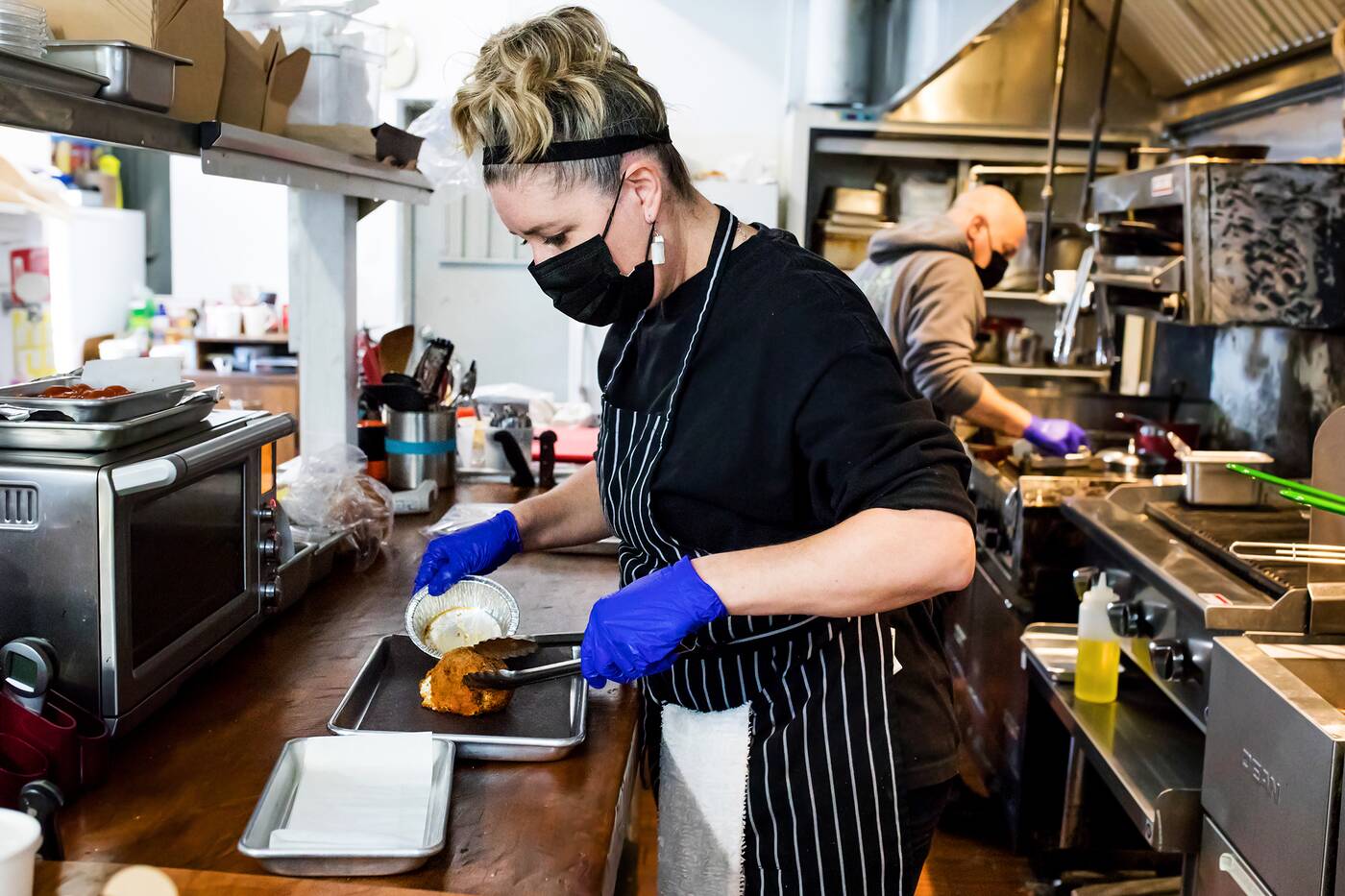 Tanya Arnold and her husband Adam Connolly both lost their jobs at the beginning of the pandemic.

The couple lost their jobs as the onset of the pandemic.

Connolly, an experienced stage technician, and Arnold, whose 30-year hospitality experience includes a decade of bartending at House of Parliament, decided to start a pop-up out of J's on Thanksgiving. 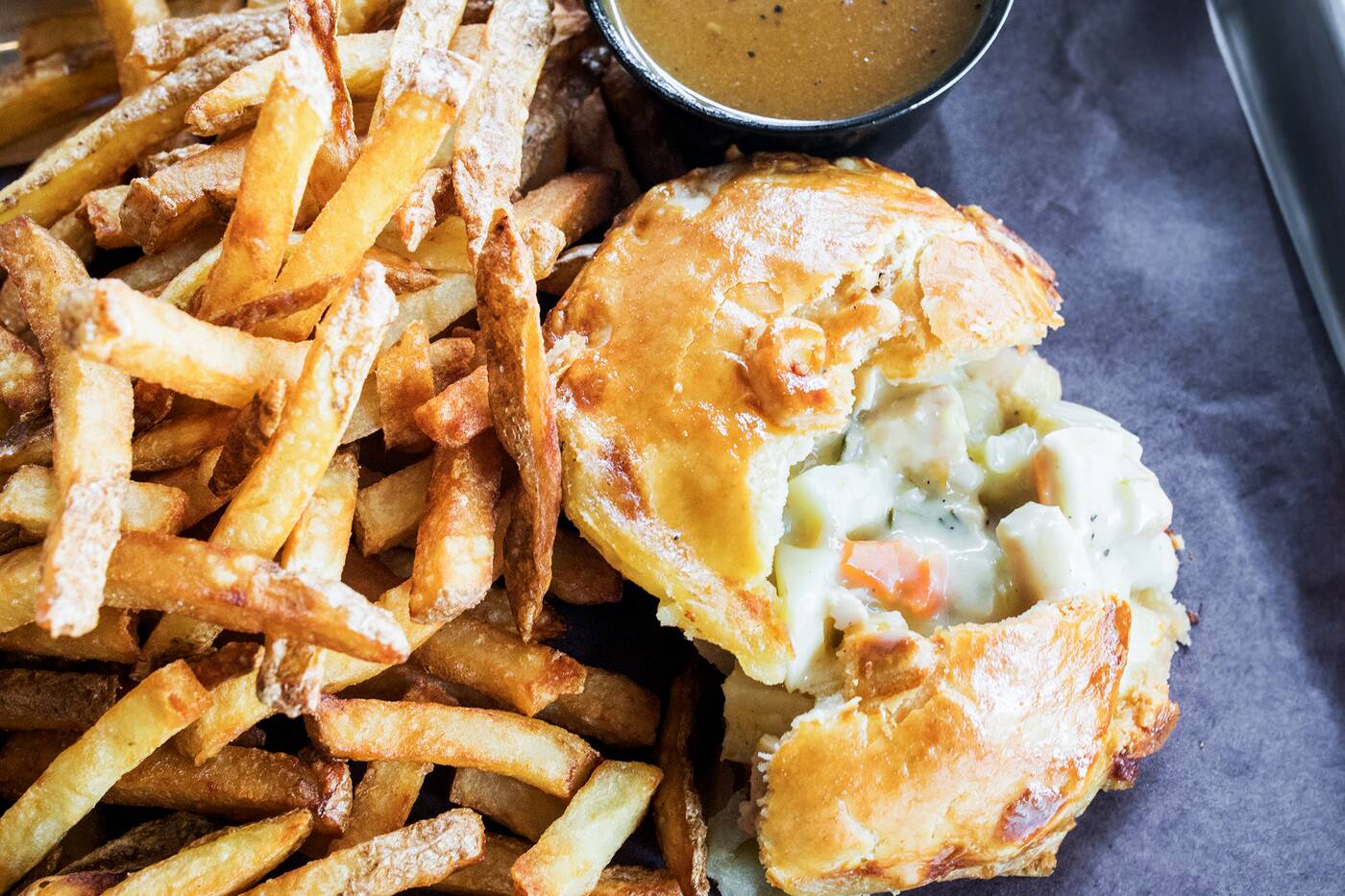 The couple cooks up comfort foods like turkey and rosemary pot pies.

They launched with a menu of comfort foods like double smash burgers using meat from a halal butcher shop next door and Rosy Pie, a turkey and rosemary pot pie for $13. 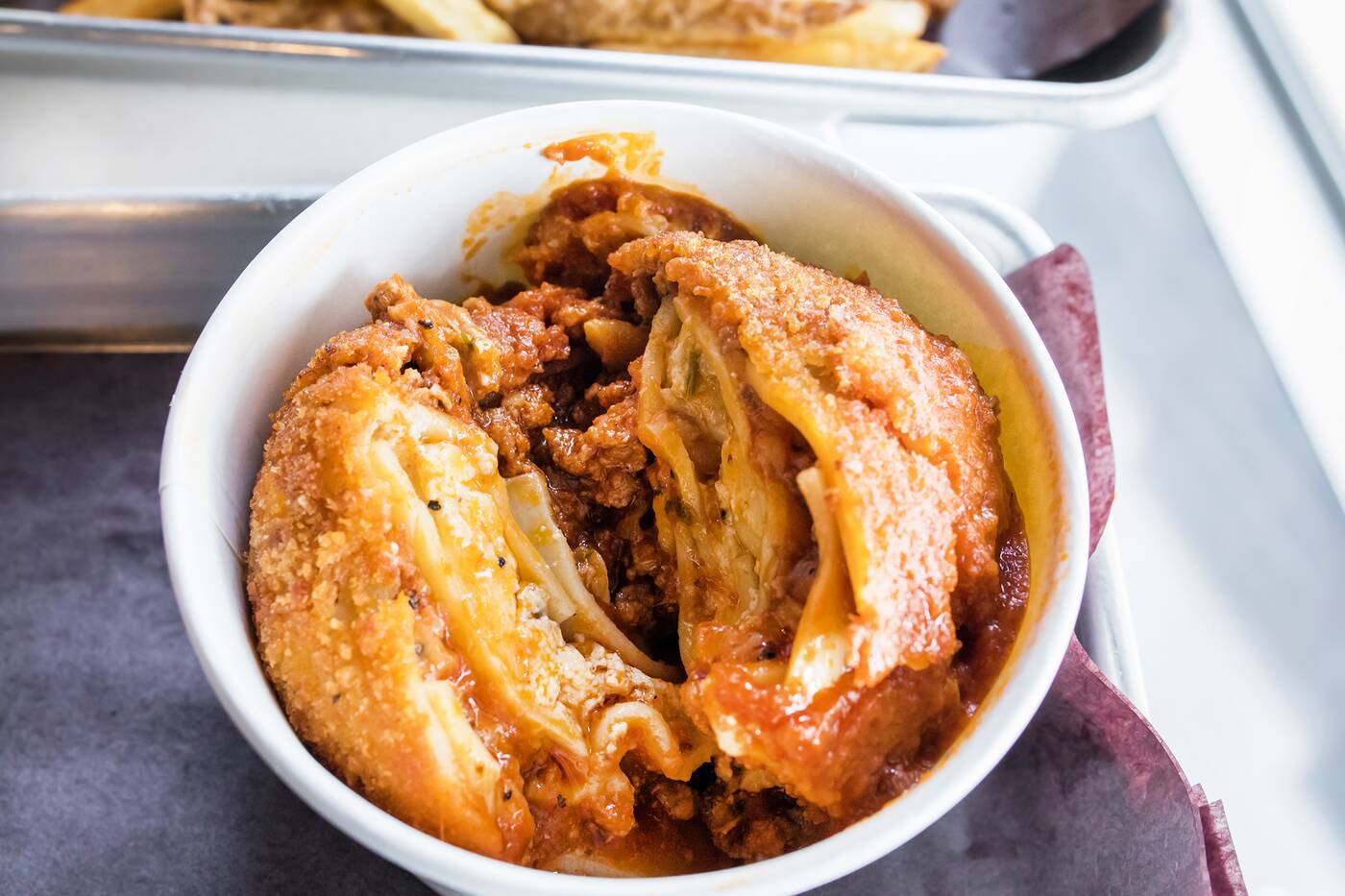 Ooh-La-La! Balls are deep-fried lassagne balls served in a cup.

The frigid weather has been "killing" business, says Arnold.

If you can brave the season, Rosy offers comfort to-go in the form of Ooh-La-La! Balls: hulking deep-fried lasagne balls served in a cup, $7 each. 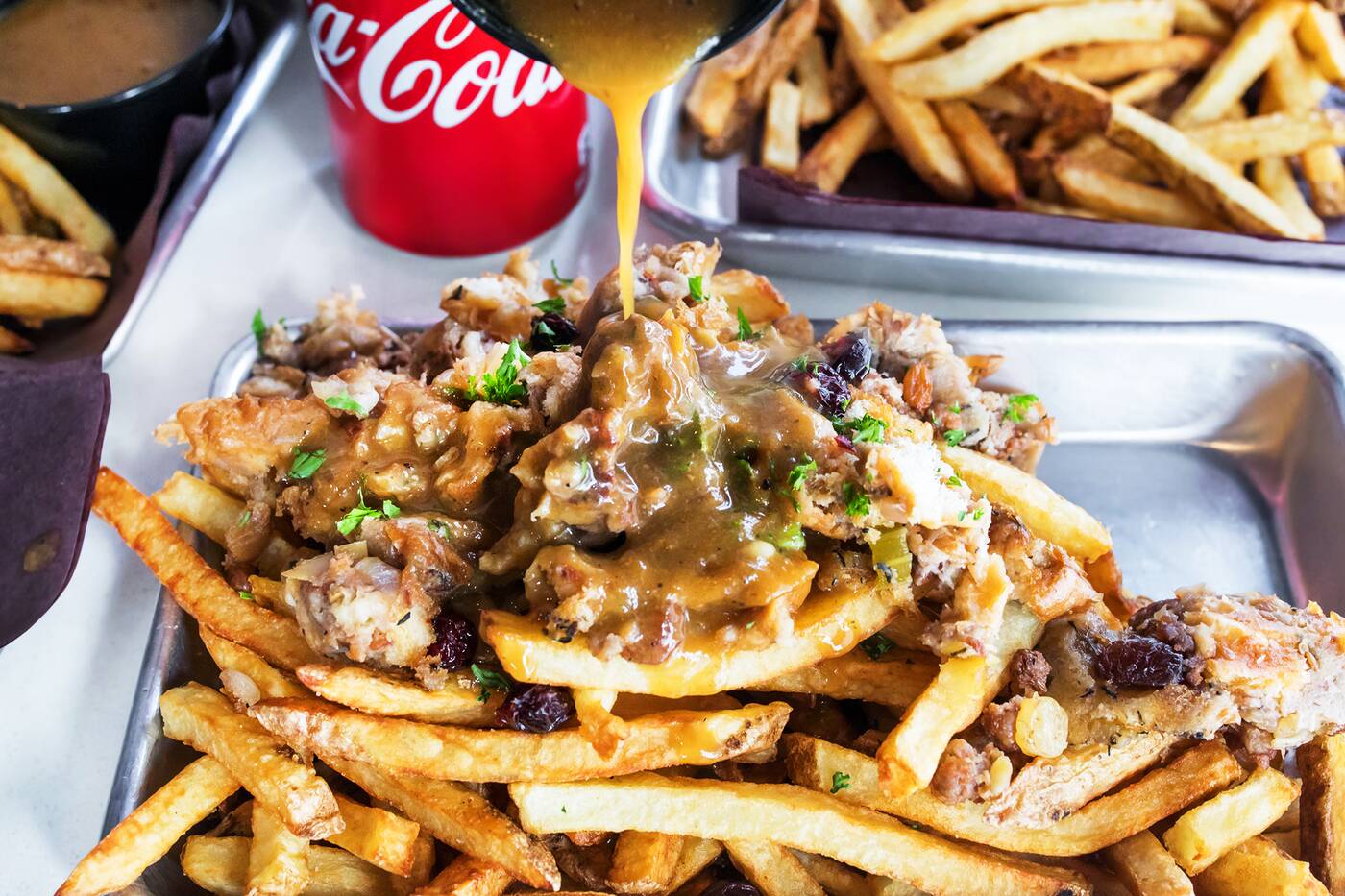 The Newfoundlander Fries are topped with sausage summer savory, pecan stuffing, and gravy.

But the highlight here are the Maritimes eats, which keep homesick Nova Scotians landlocked during lockdown coming back for the Dartmouth Donair ($10).

The Newfoundlander Fries, $10, are loaded with sausage with summer savory, pecan stuffing, gravy, and parsley. 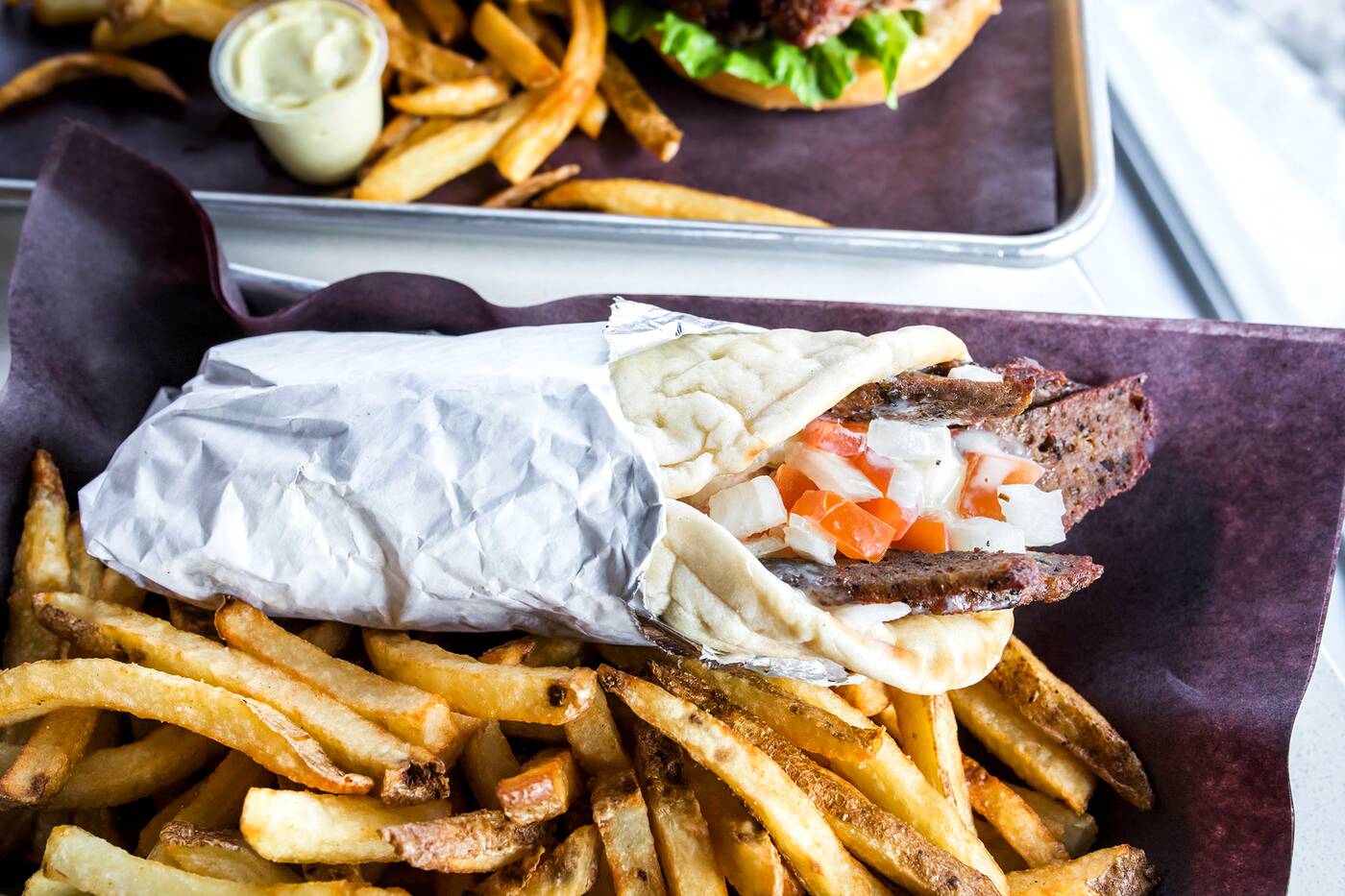 The Dartmouth Donair uses meat from a local halal butcher shop nearby.

Connolly is from Dartmouth and Arnold, an East York local, has family in Bedford. But the couple says the menu's not about geography, it's simply dishes they love to eat. 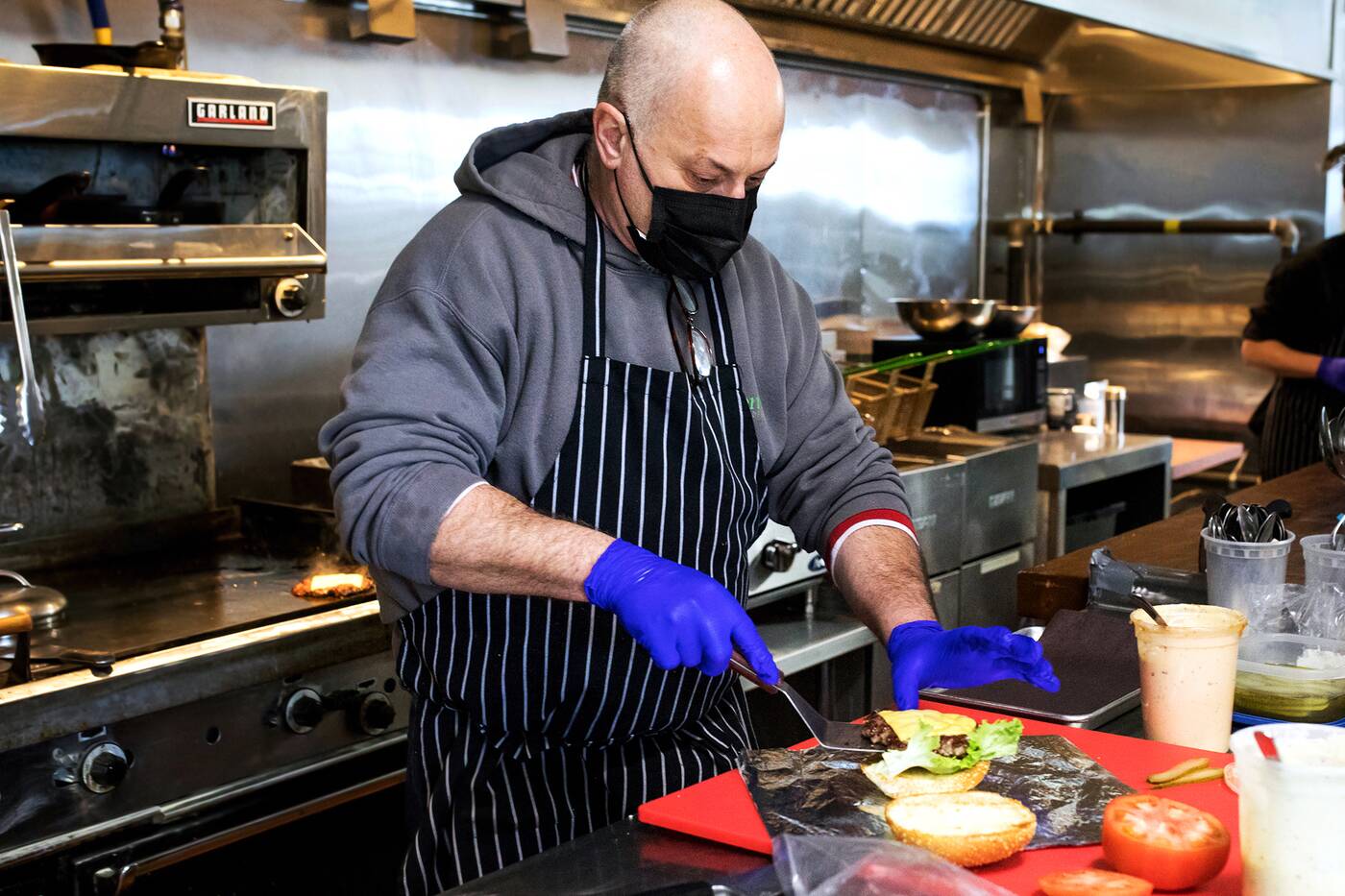 Though the pop-up was supposed to end in December, Rosy is still kicking, with an extension lasting until July 1 at least. 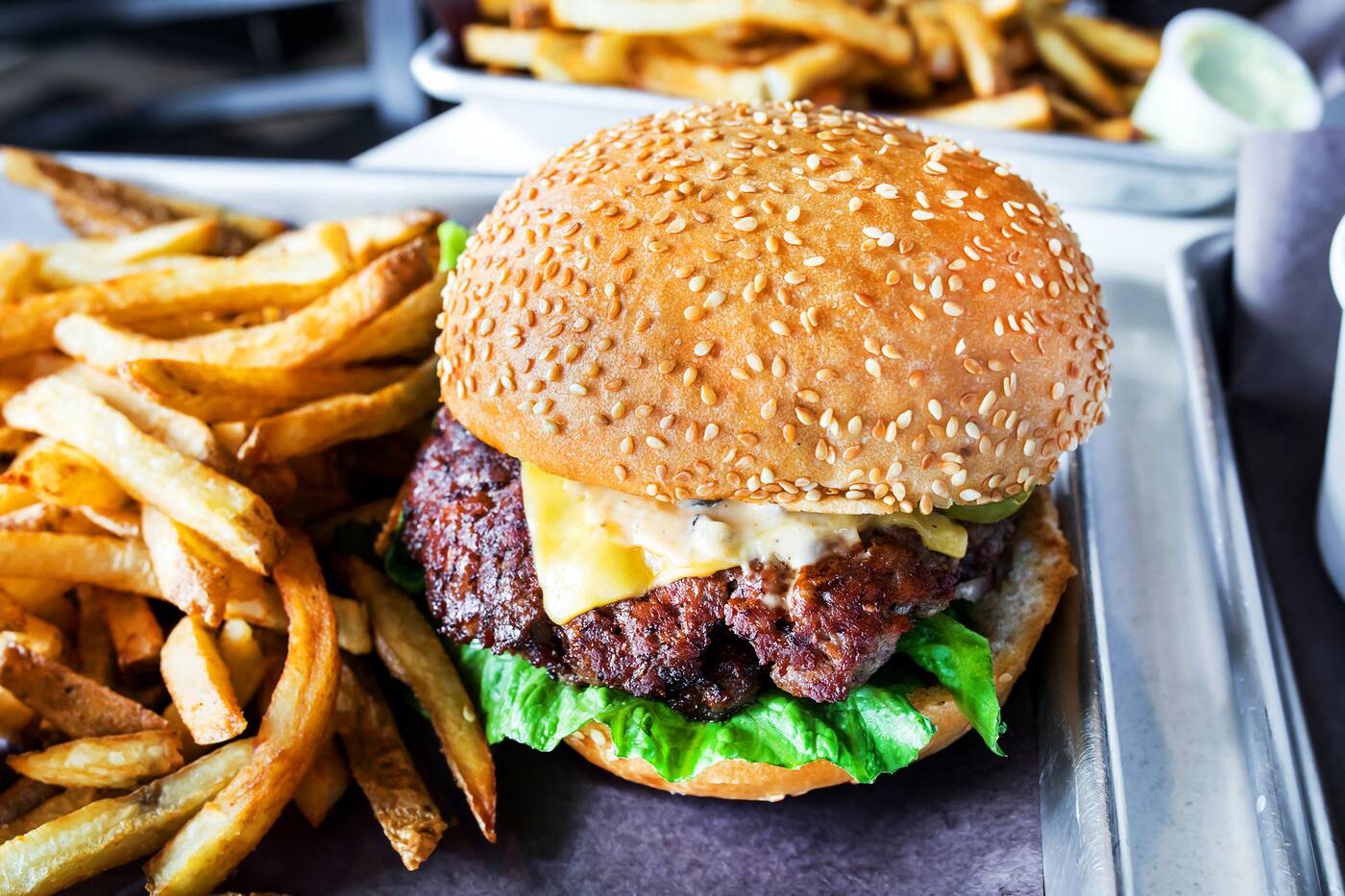 A double smash burger is topped with American cheese, lettuce, tomato, and a signature Rosy sauce.

J's Sports Bar will likely reopen after lockdown, but Arnold says she's hoping they can negotiate something long-term.

"We're here for another 3 months hopefully longer," she says. "It's really about comfort and community... We're really desperate for this to work."