Toronto's most hard-to-get pizza right now is secretly being turned out in a pub by a one-man operation. 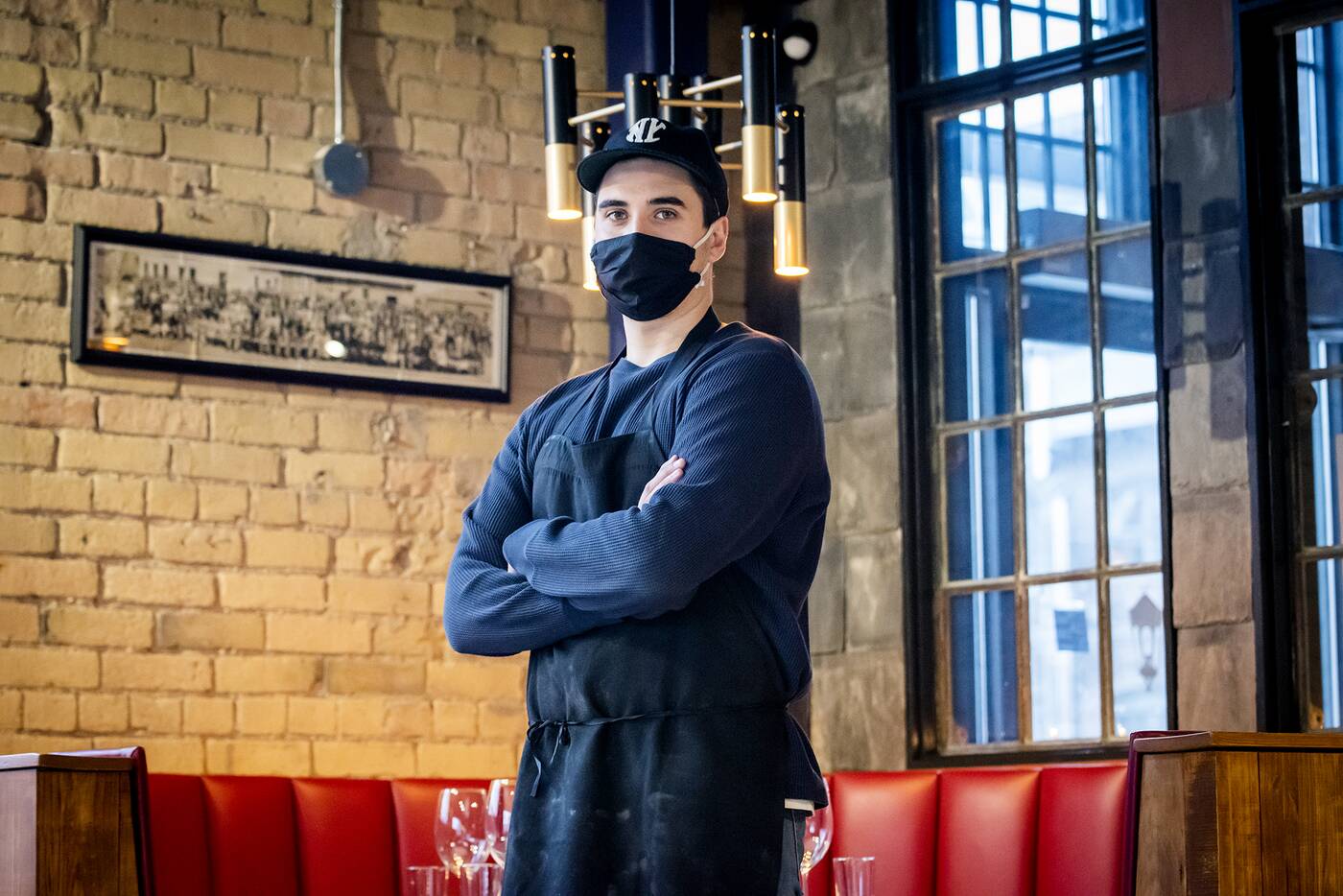 Only about 30 pizzas are available at a time, and they typically sell out in about one or two hours. 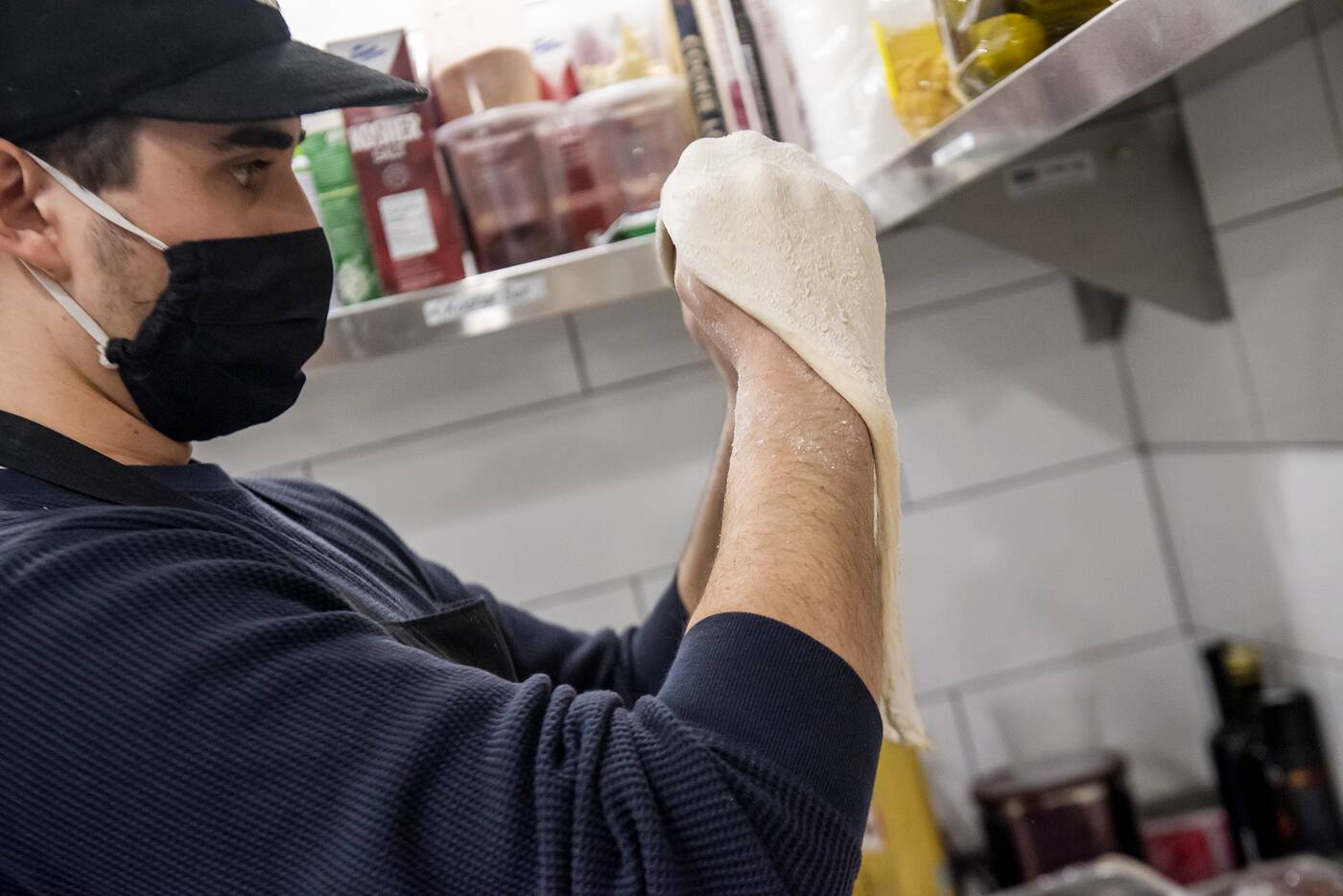 "After I was seeing some success selling my pizzas from my house, I reached out to a number of business owners to see if they would be willing to share their space at all. I was primarily reaching out to cafes etc., places that would be closed on Saturday nights," McIlwaine told blogTO. 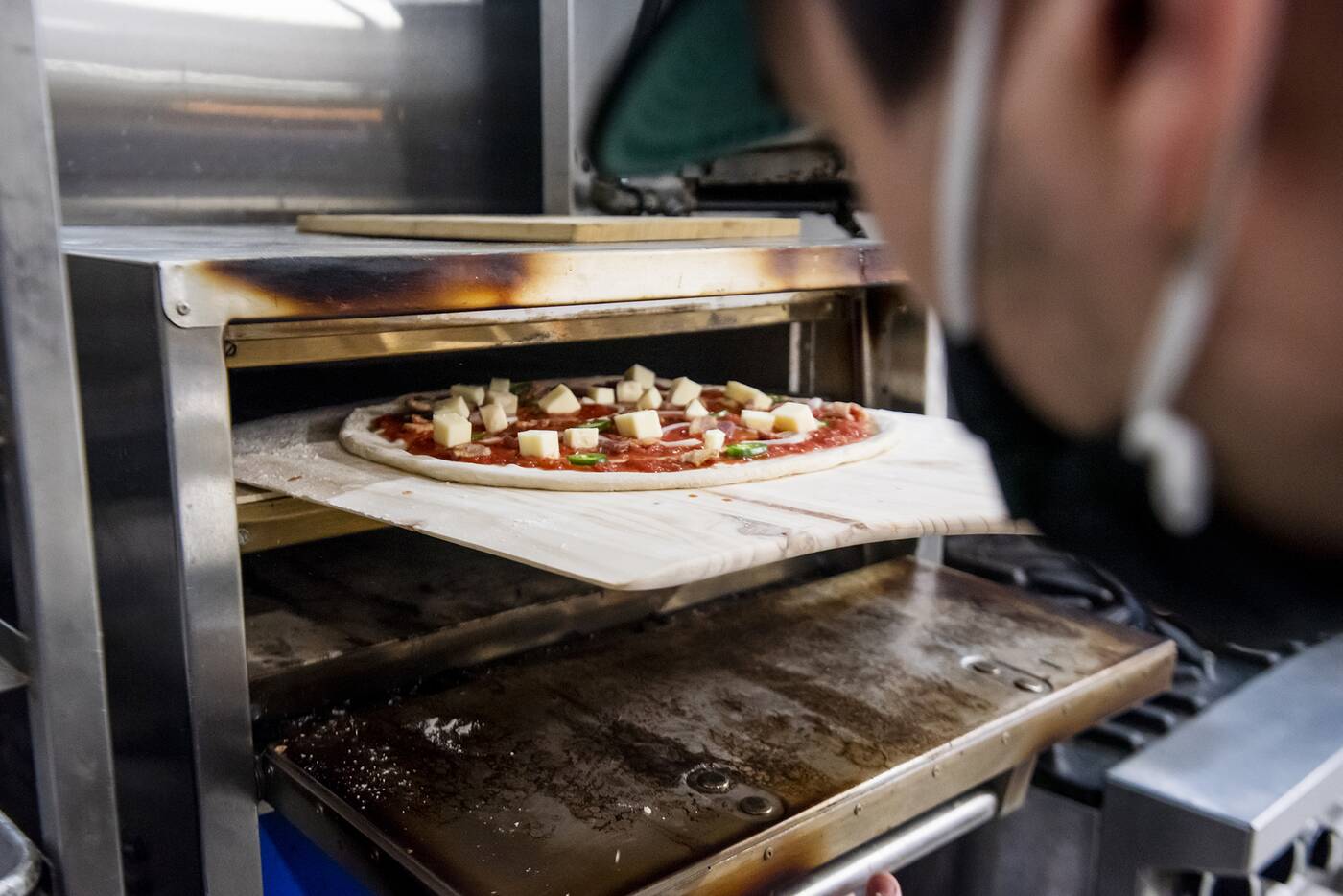 "I was pointed in the direction of the guys from Love Chix, and they were open to letting me work out of Century Park Tavern, as they opened right before the pandemic hit and had a pizza oven I could use. 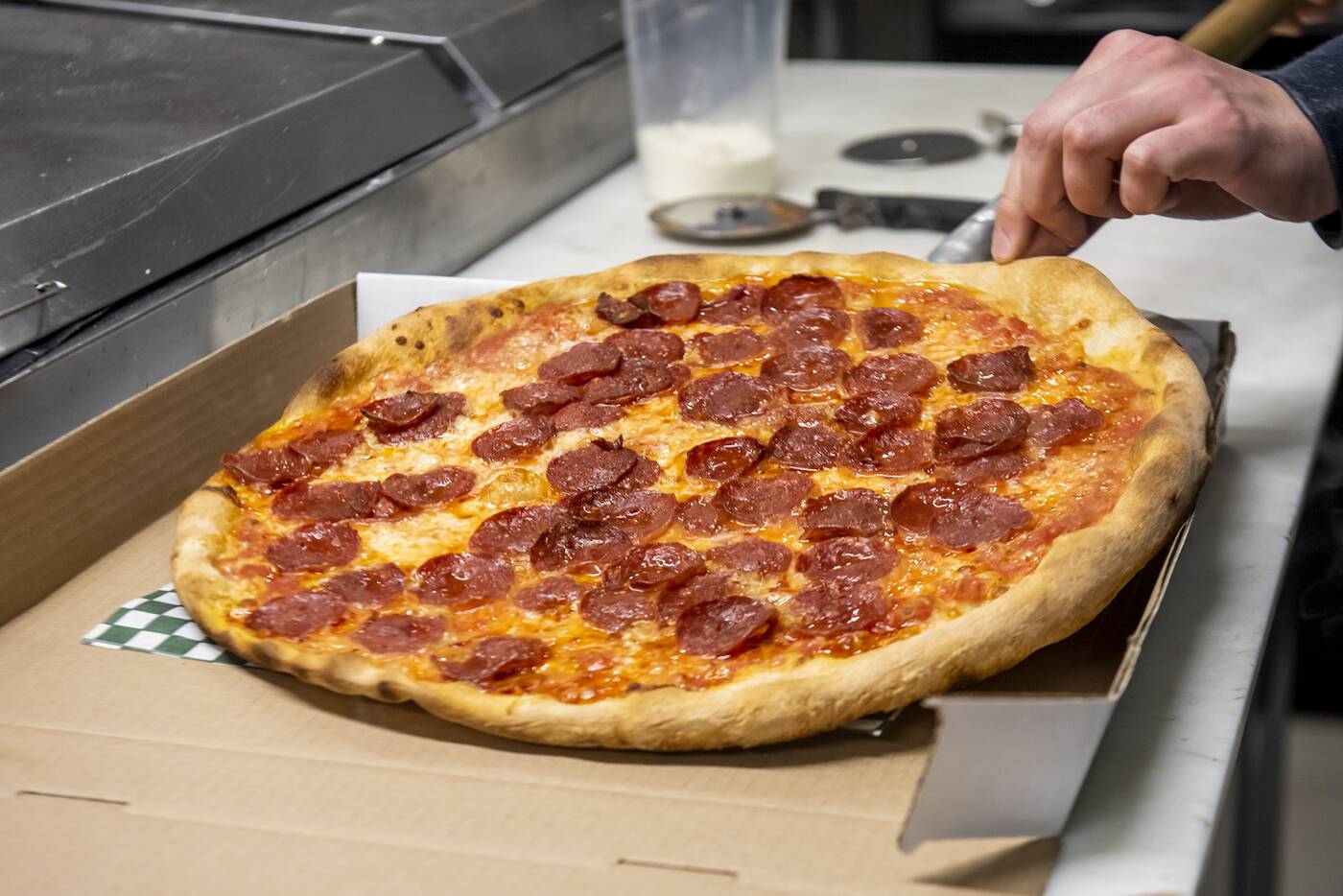 "The guys at the tavern have been so great. Considering I run the whole operation on my own, they've been great with helping me expand and get the business up and running." 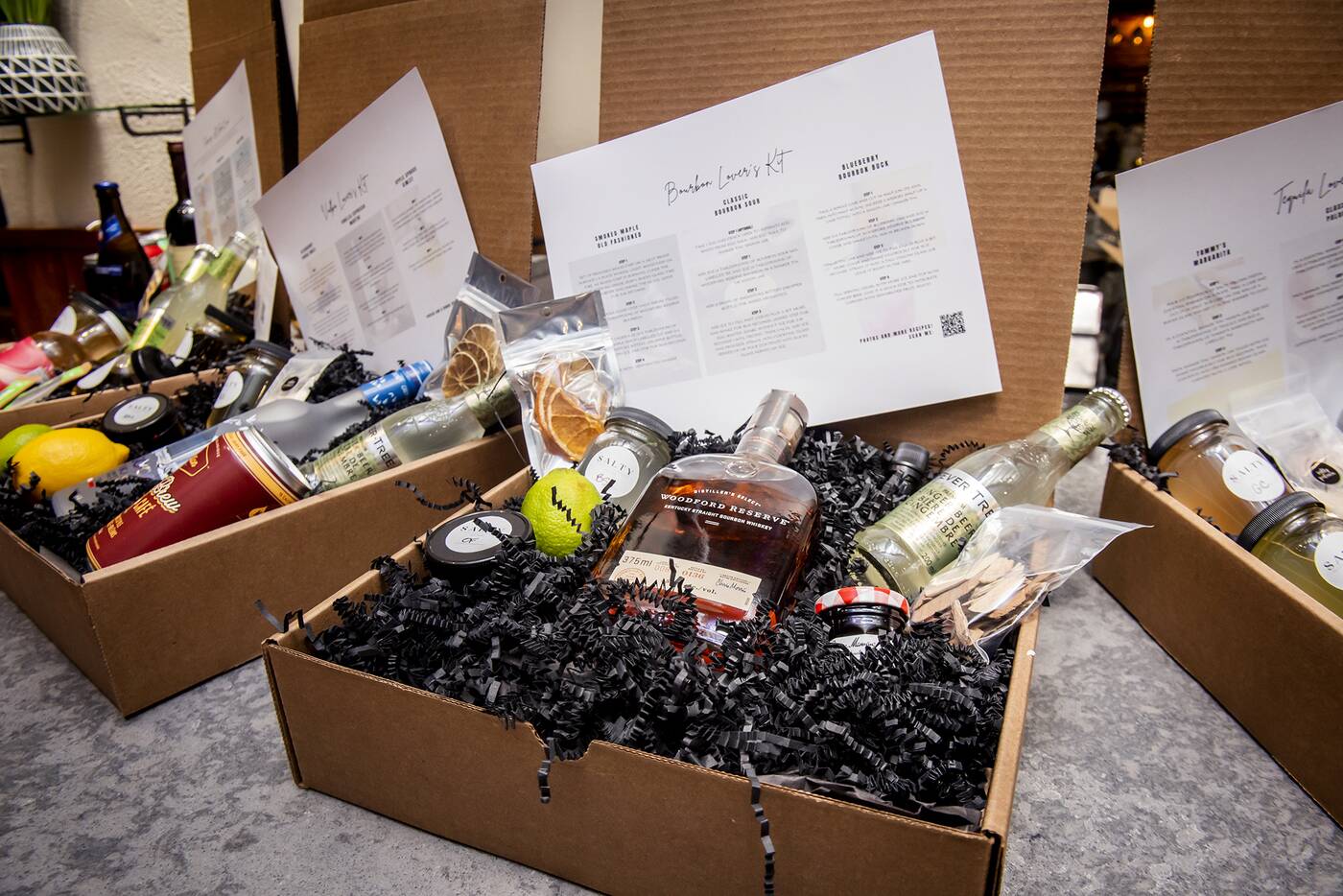 Century Park extended their generosity to another online business which shares the space with Mac's as well, cocktail kit service Salty Paloma.

Like many budding food entrepreneurs, McIlwaine started the Mac's as a way of turning the extra time on his hands into a new skill and business venture. 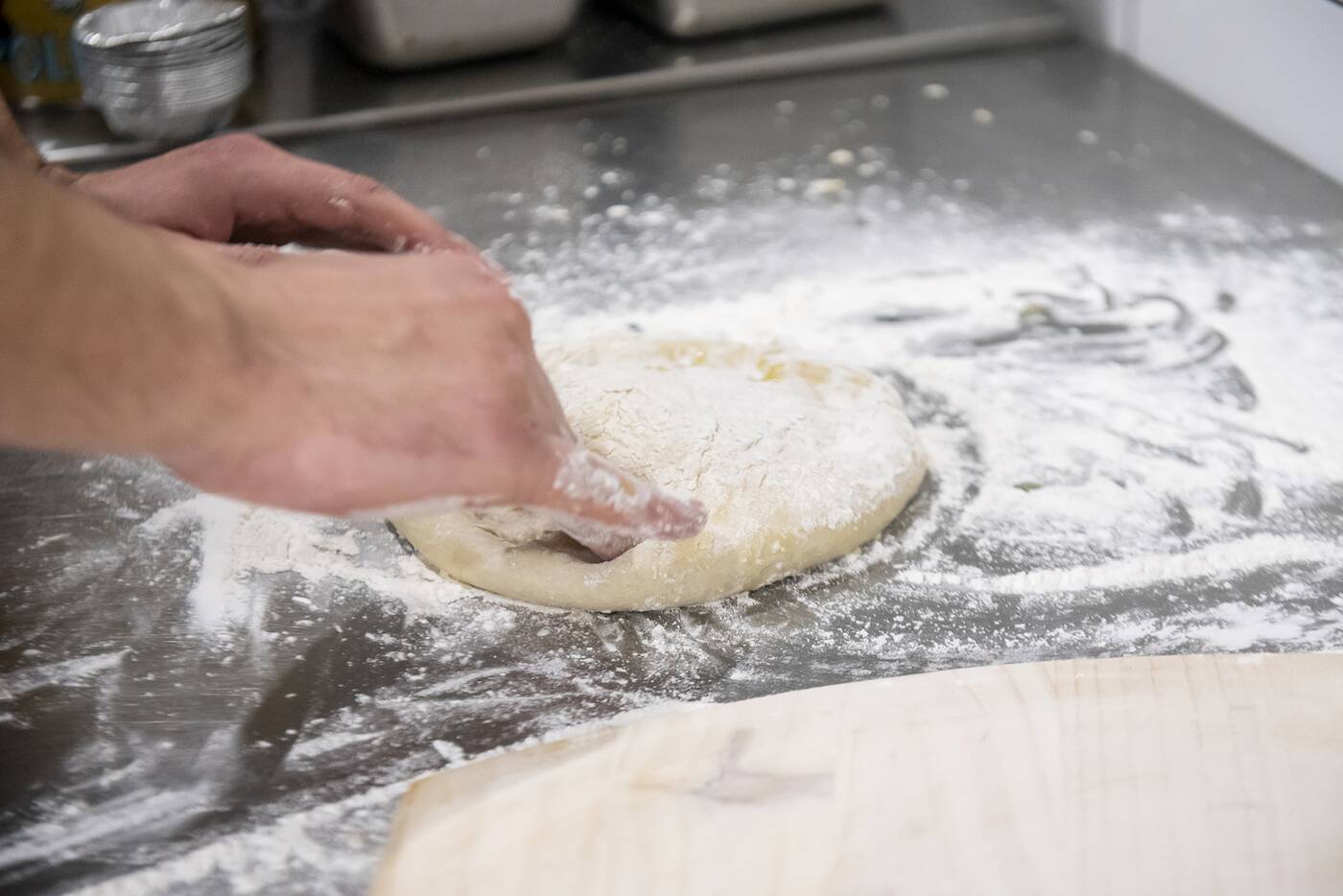 "I cooked for a few years in Montreal, a mix of everything, pub grub to fine dining. Pizza has always been my favourite food, but always strayed away from it as i saw how hard dough can be to work with, especially after seeing it made in house at some restaurants I worked at," says McIlwaine.

"With the pandemic and working from home, I took a crack at some dough and after some final tweaks, felt comfortable with the product and had some good praise from those who tried it.

"It was a great way to start off my business with some creative ideas with food, but really saw an opportunity to do something I've always wanted to do with the time I had on my hands." 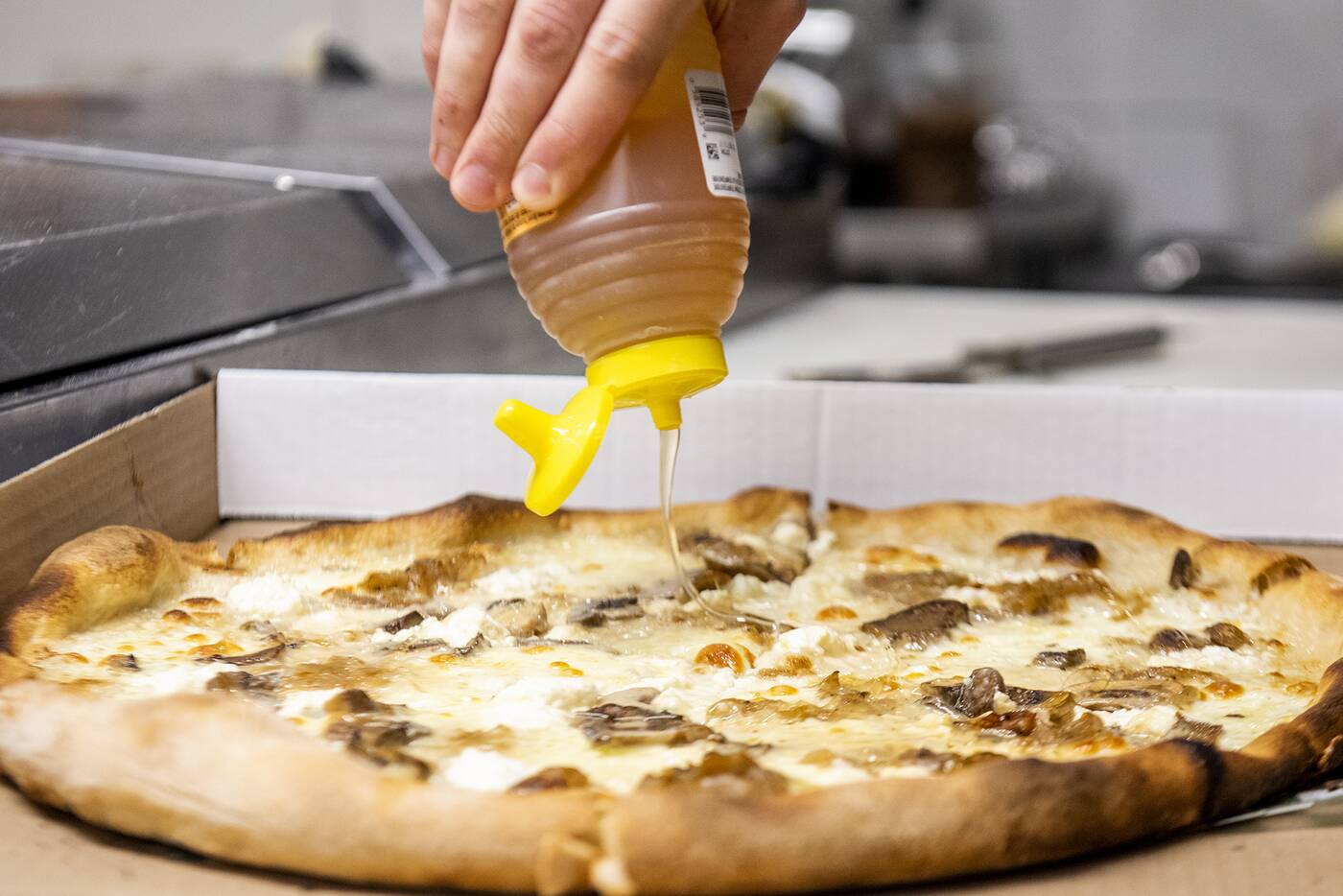 Margherita and cheese pizzas are $22, will all other pies selling for $26. 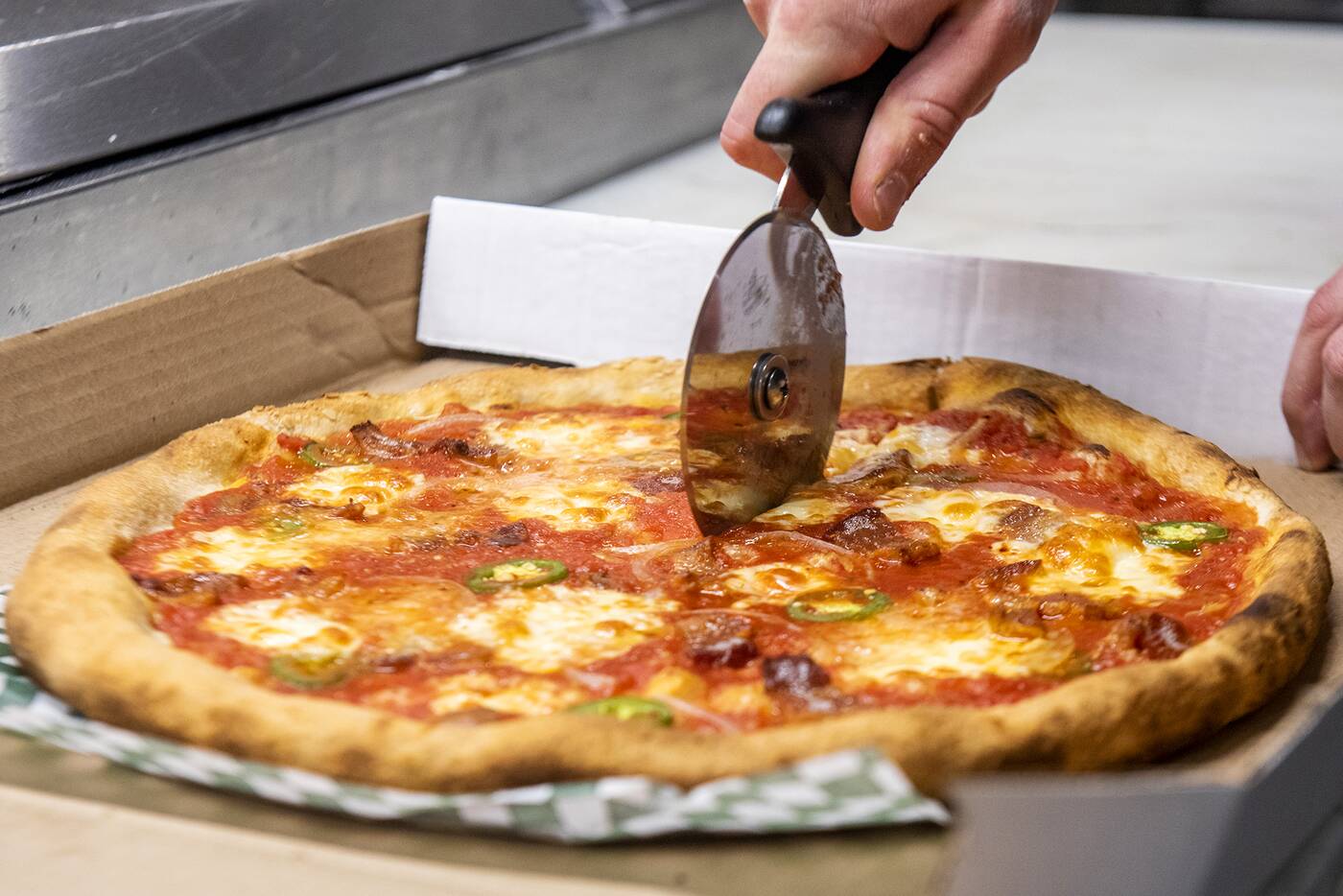 He says he draws his influences from NY-style pizza, but thinks his is a bit crispier than that.

While the menu is pretty stripped down, he's working on new ideas for different pizzas. 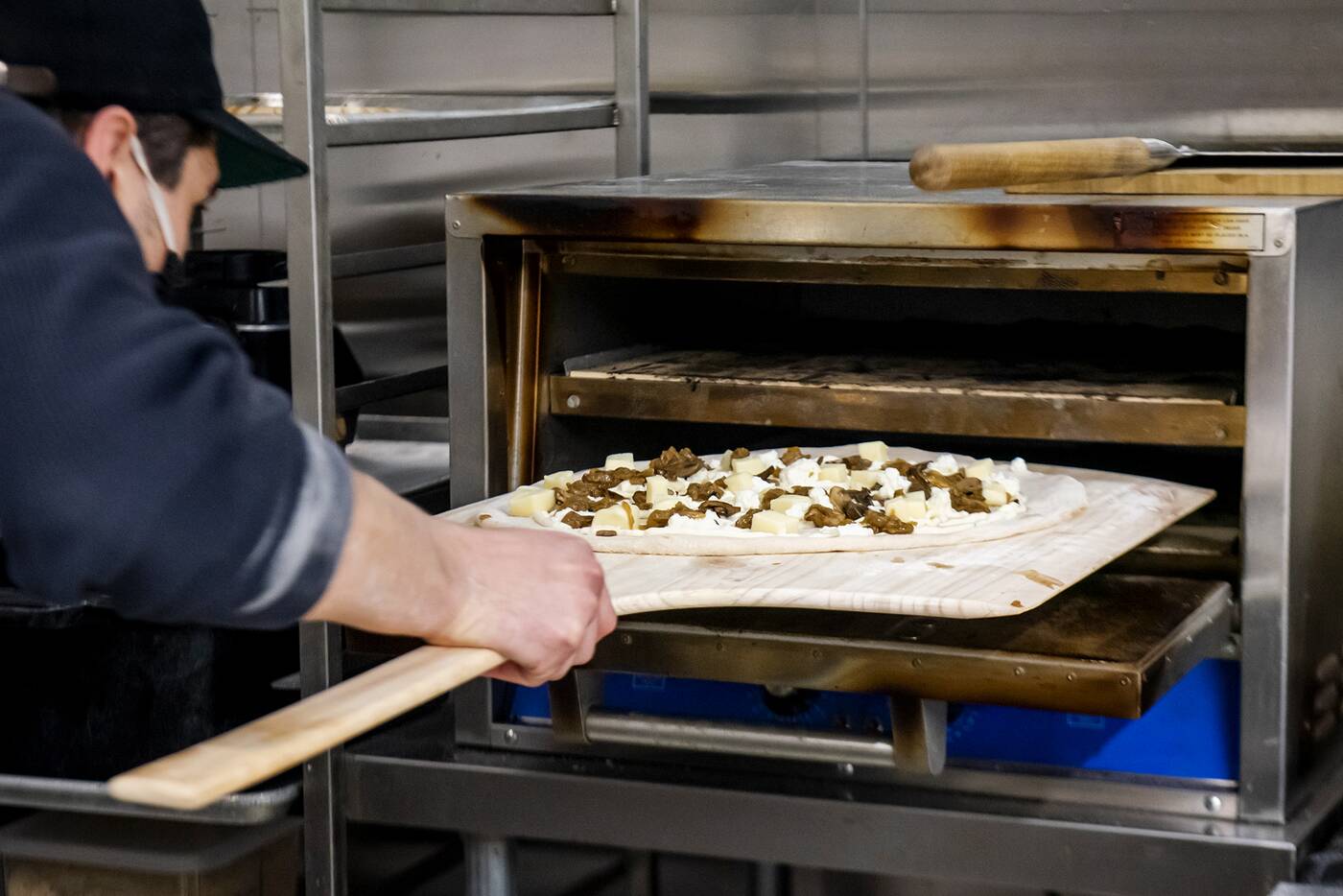 McIlwaine also makes his own creamy garlic dip from scratch.

"People have been super kind and supportive, and seem to really like my product as a whole. Its been great to be a part of the smaller pop-up community here locally and its been awesome doing some swaps with others like Sohmers and St Clarens Bagels, etc. Everything seems to be progressing quickly and in the right direction," says McIlwaine. 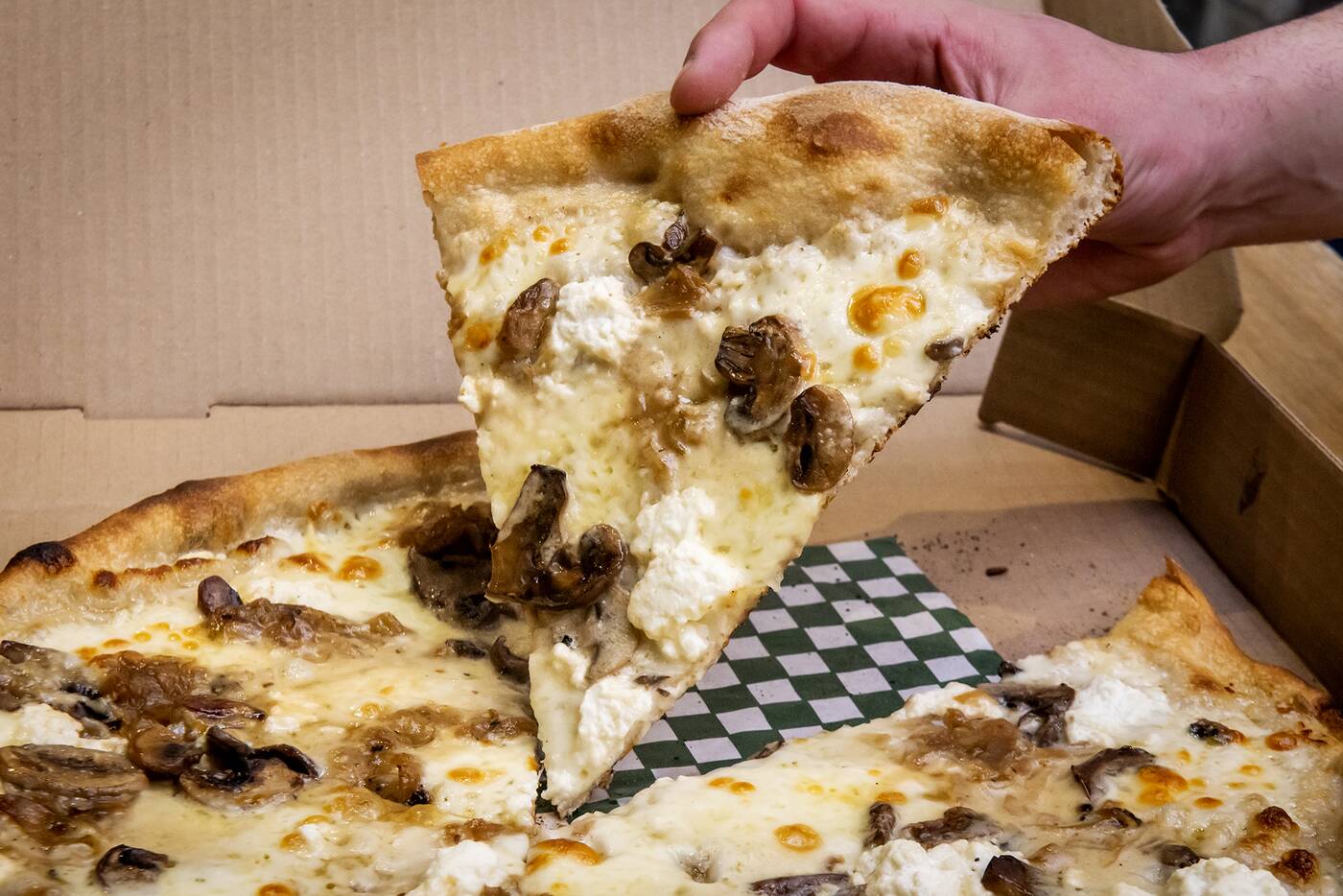 "I'm super excited to see what comes next and would love to establish myself as one of the best pizza spots in the city," says McIlwaine. 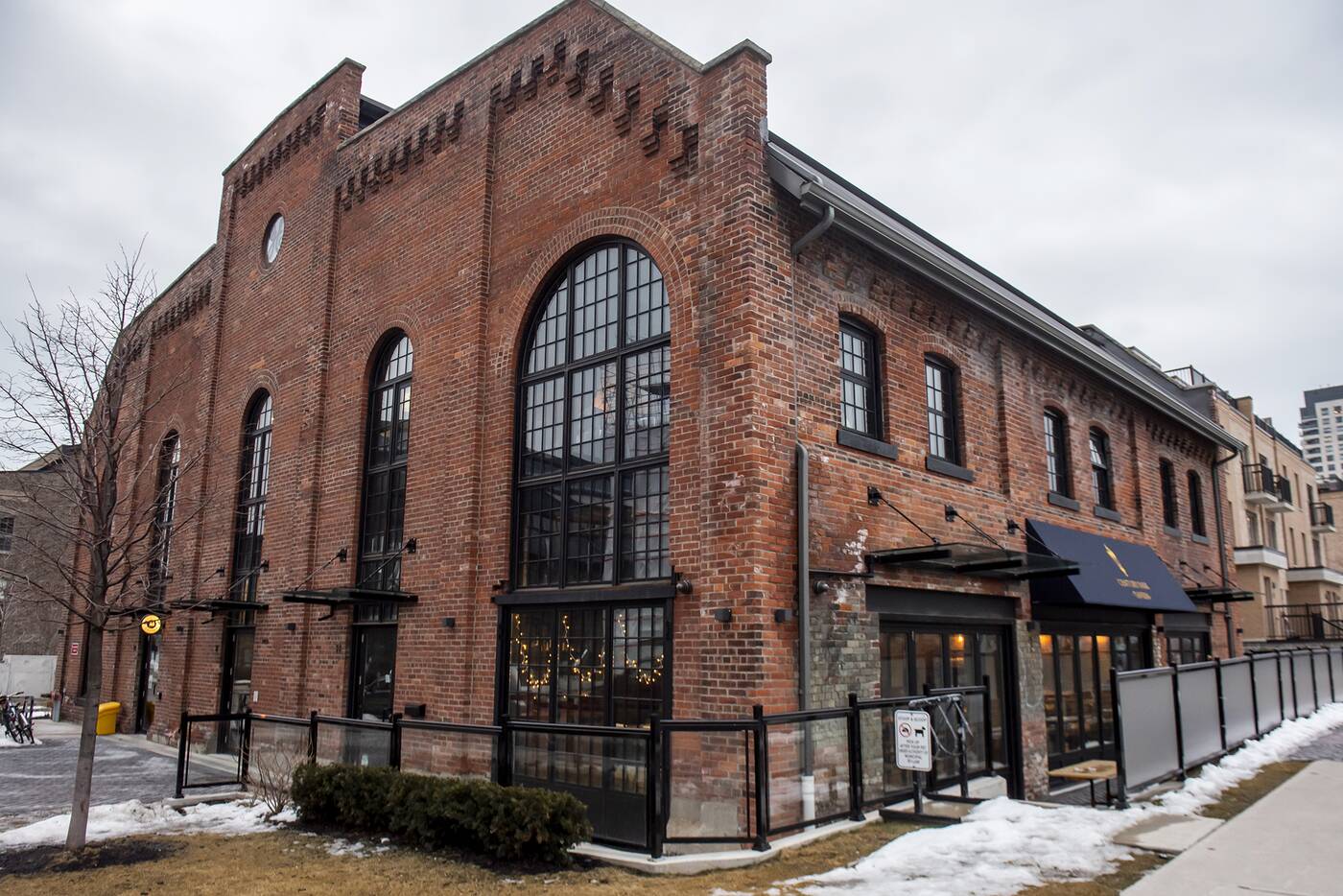