One of the few remaining Toronto locations of B.good, the restaurant chain serving up quick and nutritious salads, bowls and sandwiches, has shuttered, according to a notice posted in the window by its landlord.

The Boston-based chain at one point had multiple storefronts in Ontario, including one near Queen and Bathurst at 573 Queen St. W.

It is known for working with small local farmers to source produce for its more than 75 franchised dine-in and take-out outposts across North America and Europe, which offer both meat and vegetarian options comprising of wholesome ingredients, as well as catering.

Unfortunately for the brand, its Toronto presence has now dwindled from more than four to a single restaurant at 75 Eglinton Avenue E., near Yonge. This also appears to be the last B.good in Canada, according to the company's website.

A letter of termination of the lease at its Queen West spot states that the brand was booted from the premises earlier in the fall due to non-payment of rent. 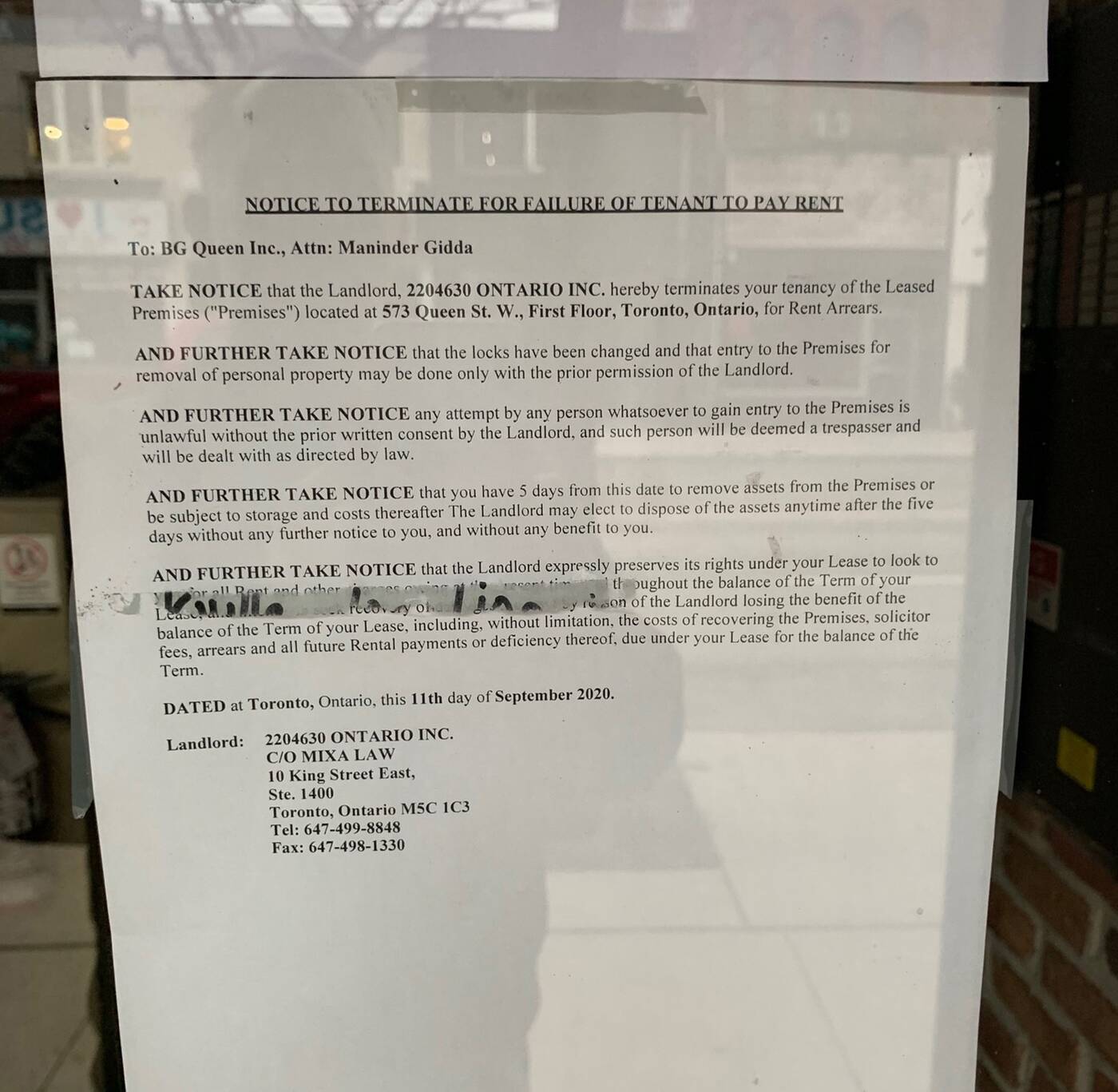 The posting indicates that rent was in arrears and locks were changed by the landlord on Sept. 11, and the franchise owner was asked to remove all assets from the store within five days of that date if they still wished to keep them.

The storefront has remained empty for weeks and is now up for lease, confirming that B.good is gone for, well, good.

The company did not reply to a request for comment about its future in Toronto and Canada, but it isn't looking good, especially with the dire state of the industry this year.

It marks one of just dozens of now-empty storefronts along thoroughfares like Queen West.