Empty storefronts are common sight  in Toronto these days, but a photographer's recent work has revealed a whopping number of vacancies on Queen Street West.

Toronto photographer and videographer Ed Hanley took to the length of Queen Street between University and Strachan last week to document all the commercial units that were for lease, up for sale, barren, or papered up.

It's not his first time doing it: Hanley first walked the same 2.2-kilometre stretch of Queen West in August, where photographed 60 empty storefronts.

This time around, he photographed 72 stores: a 20 per cent increase from two months ago. 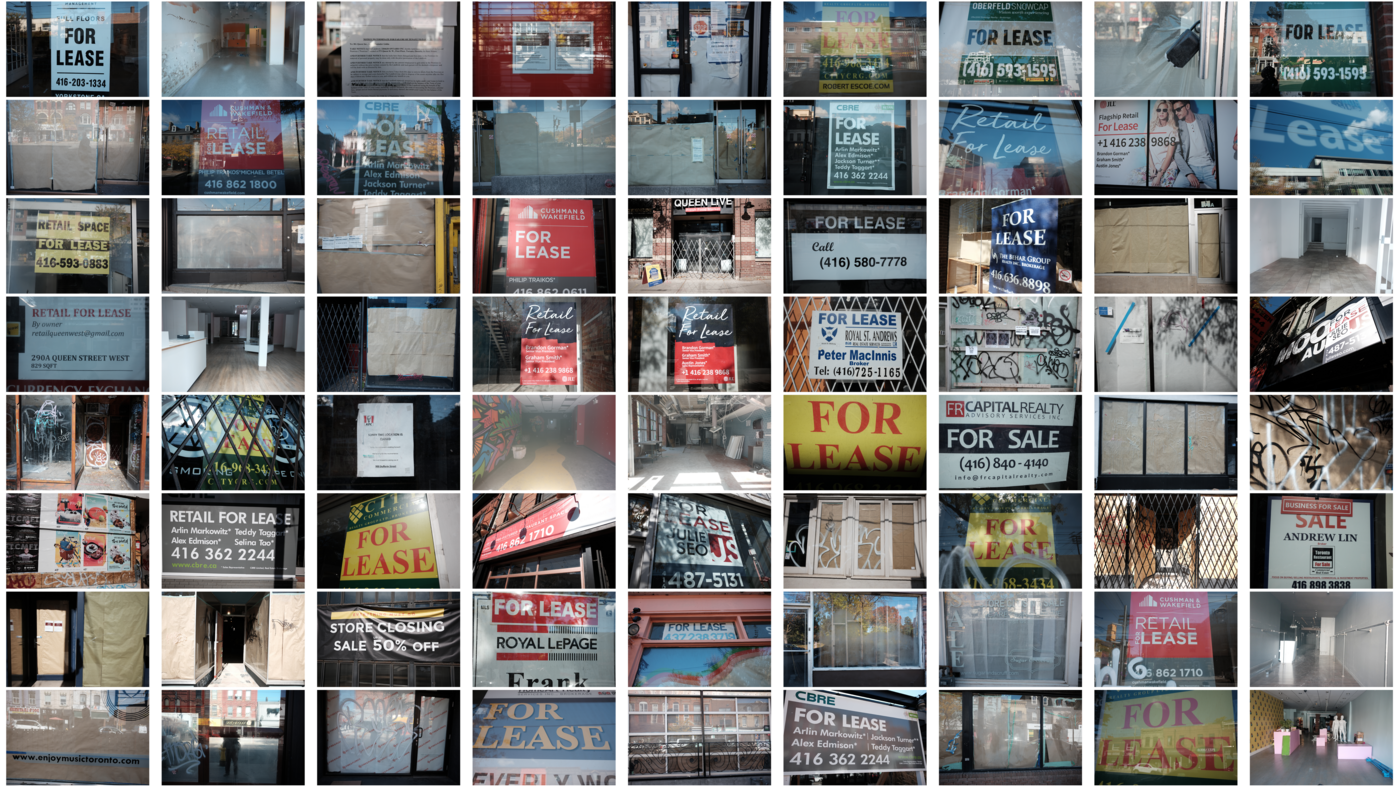 Some commercial units have remained unchanged since two months, like the troubled food court Queen Live Fresh Food Market, which has been abandoned for over a year. But there are a number of new ones that have joined the fold.

Two months ago I photographed every empty storefront on Queen St W between University and Strachan. There were sixty (60). I did it again today. There were seventy-two (72), a 20% increase. #TOpoli
Notes and observations in the thread. 1/ https://t.co/uMZcTuxgai pic.twitter.com/sJvUJG8aDS

Hanley has made a collage of all the 72 empty storefronts, and it looks as stark as a similar project done last year by Beaches resident Stephen Knifton, only on Queen East.

There were some interesting observations made from the data, like the fact that soon-to-open cannabis stores appear to be on the rise, or that tattoo parlours generally seem to be faring well. "Escape and individualism remain healthy," notes Hanley.

He plans to continue this project for the next year, documenting the vacancies every two months. He encourages people all over the city to be doing the same thing on their own streets.