Detroit style pizza has been taking over Toronto lately, with its eye-catching rectangular shape, thick, fluffy dough and crispy, cheesy corners. From strictly traditional to Filipino-influenced, we're loving this type of pizza originating south of the border now more than ever.

This is the one that started it all, and people are still flocking to Leslieville for a taste of their pies topped with jerk chicken, kothu roti, chorizo, Ezzo pepperoni, house sausage and more. 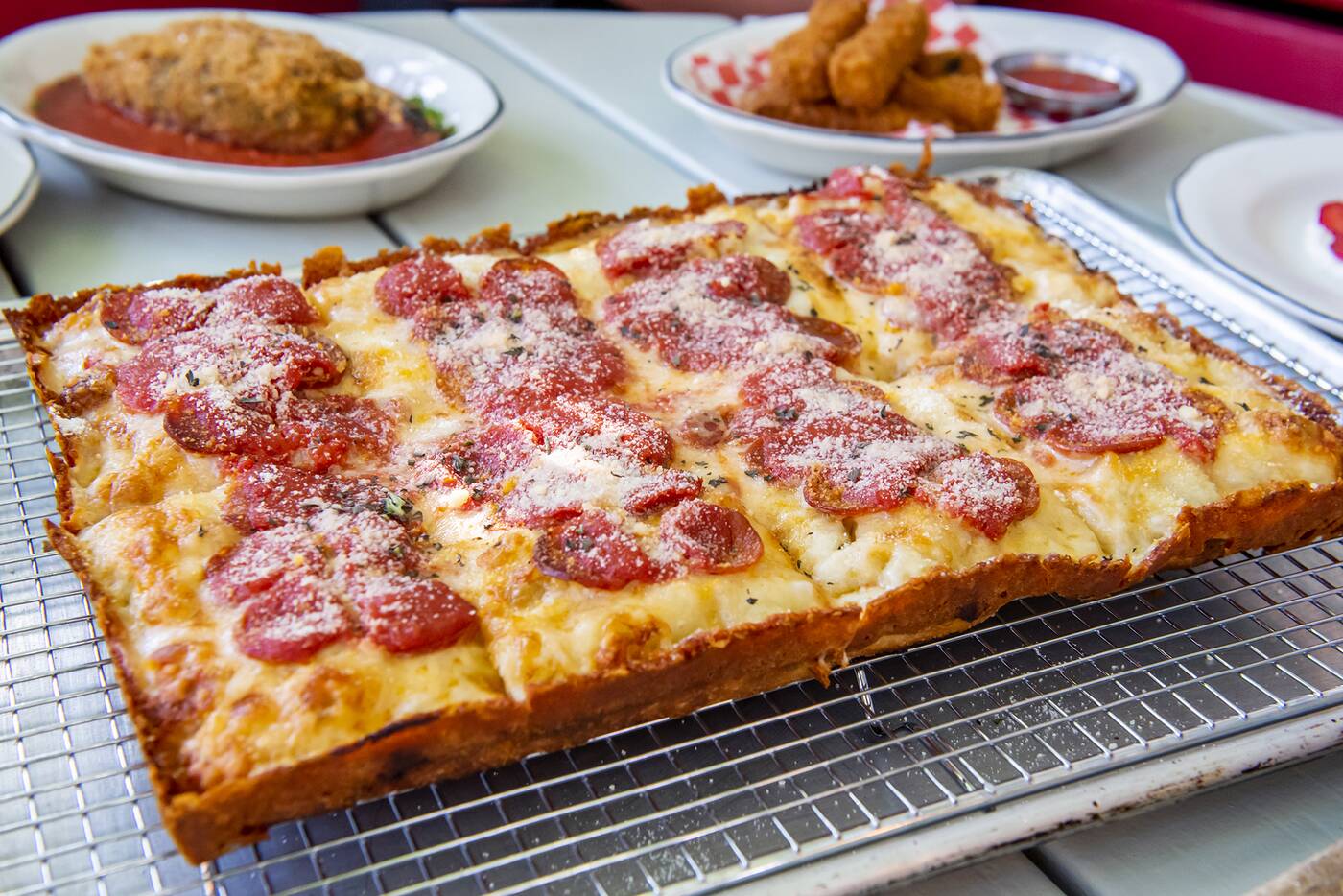 Gianna's in Parkdale ferments its dough for 24 hours. Photo by Hector Vasquez.

Parkdale now has this place for "patties and pies" that does burgers and Detroit style pizza topped with options like pepperoni, pineapple or anchovies. Don't sleep on the garlic bread or mozza sticks, either.

What was once Beauty Barbecue near Sheppard and Bayview in North York has pivoted to become Beauty Eats, serving rectangular Detroit style pizza topped with pepperoni, house fennel sausage, roasted pineapple and ham, and pepperoncini peppers. 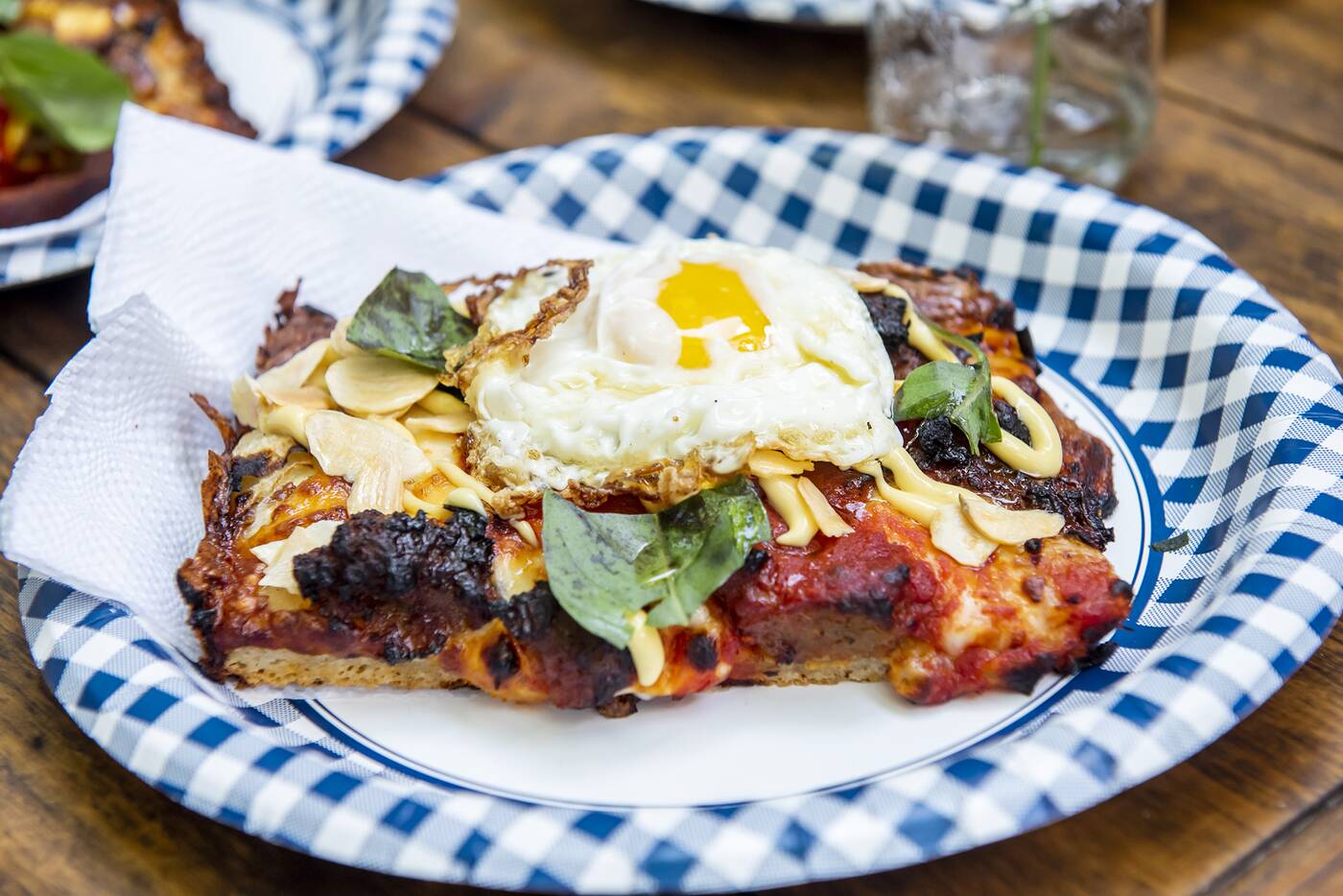 Pabalos is known for their Detroit style pizza with Filipino ingredients. Photo by Hector Vasquez.

This pop-up that's been operating at Wallflower's patio on Dundas West has been serving up Detroit style pizzas with a Filipino flair, with toppings like pork shoulder, fried egg and smoked sardine.

This cleverly named pizza place near Yonge and Bloor on Charles has been turning out White Truffle, Sweet Heat, Pepperoni and Veggie pizzas, and you can even do half-and-half toppings if you want to try more than one kind at once.