You know that Sobeys Urban Fresh inside College Park near Yonge and Bay? The one you can conveniently hit on your way of out the College subway station on your way home, if you live in the area?

It's closing up shop on January 30, but only to make way for a market that many shoppers will be right jazzed about.

Farm Boy — often hailed as Canada's answer to Trader Joe's — is opening three new locations in Toronto this year after the succesful launch of its first two GTA stores in Etobicoke and Leslieville.

The Cornwall, Ontario-born chain plans to open stores at Front and Bathurst, Yonge and Soudan and at 777 Bay Street, where Sobey's College Park can be found now, in 2020, with two more in Toronto slated for 2021. 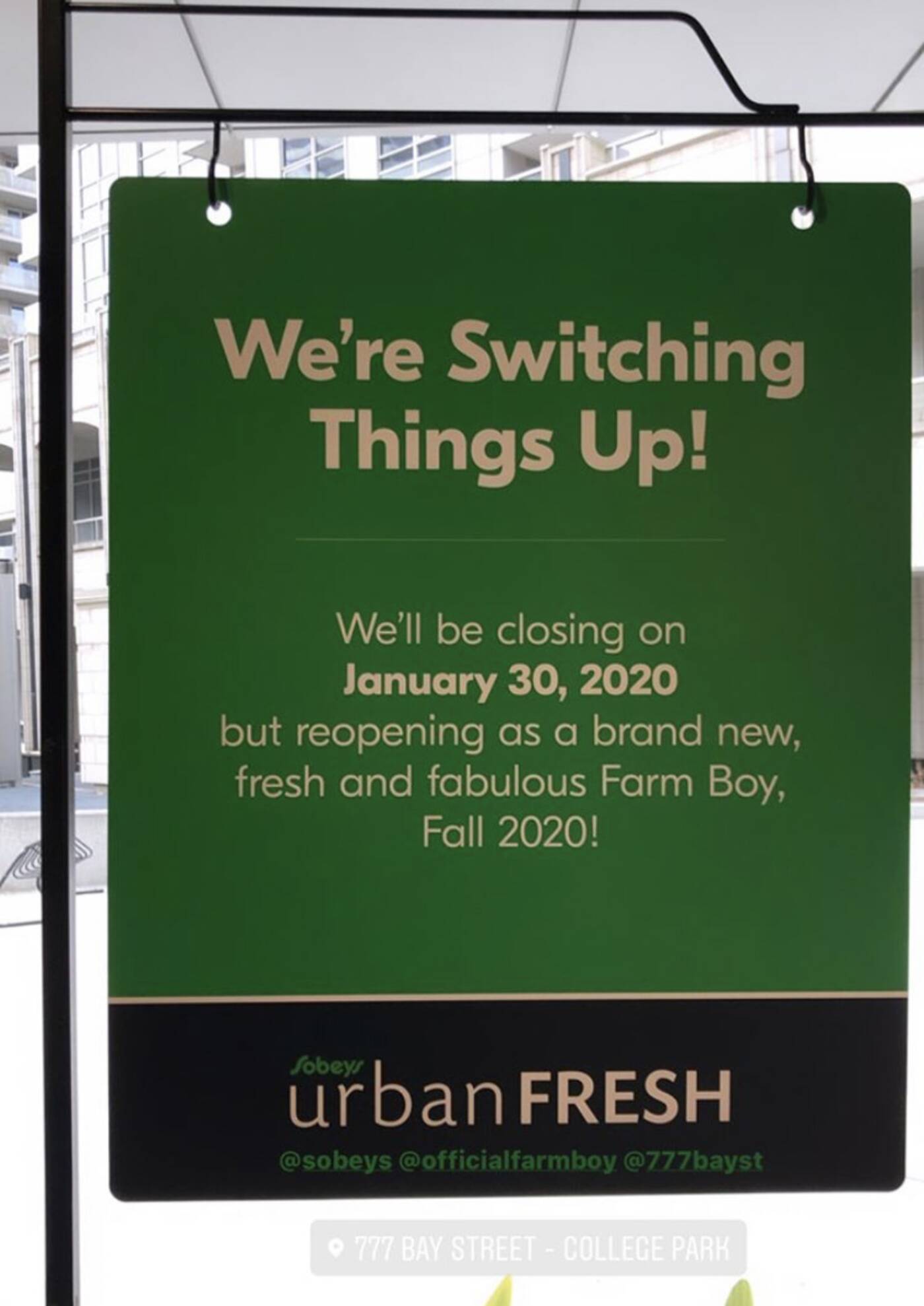 The longstanding Sobeys near College Station is going bougie this fall. Photo via Devon Dine.

What we didn't know until know is that Farm Boy will be replacing at least one popular existing downtown grocery store.

"We're switching things up!" reads a sign currently posted in front of the College Park Sobey's Urban Fresh store. "We'll be closing on January 30, 2020, but reopening as a brand new, fresh and fabulous Farm Boy, Fall 2020!"

Don't cry for Sobeys, though — the Canadian grocery juggernaut's parent company, Empire Co. Ltd., actually aquired Farm Boy back in September of 2018 for a cool $800 million.

We very well could, in fact, see more Sobeys stores transformed into trendy "fresh market shopping experiences"  in the future.