The Thompson Diner is shutting down in Toronto this month

One of Toronto's favourite late-night diners is shuttering its doors in less than two weeks, meaning you only have a short while to satisfy your cravings one last time.

The Thompson Diner, known for its upscale comfort food like Peking duck poutine and truffle mac and cheese, will soon bid the city of Toronto farewell.

The restaurant, as well as the attached Thompson Hotel, will both be replaced by a new 1 Hotel Toronto.

Thankfully, the restaurant is offering guests a special parting gift before they officially shut down at 9 p.m. on December 31.

Have you ever wondered exactly what ingredients are required to create their famous truffle mac and cheese? Well look no further, because the Thompson Diner is sharing it with everyone. 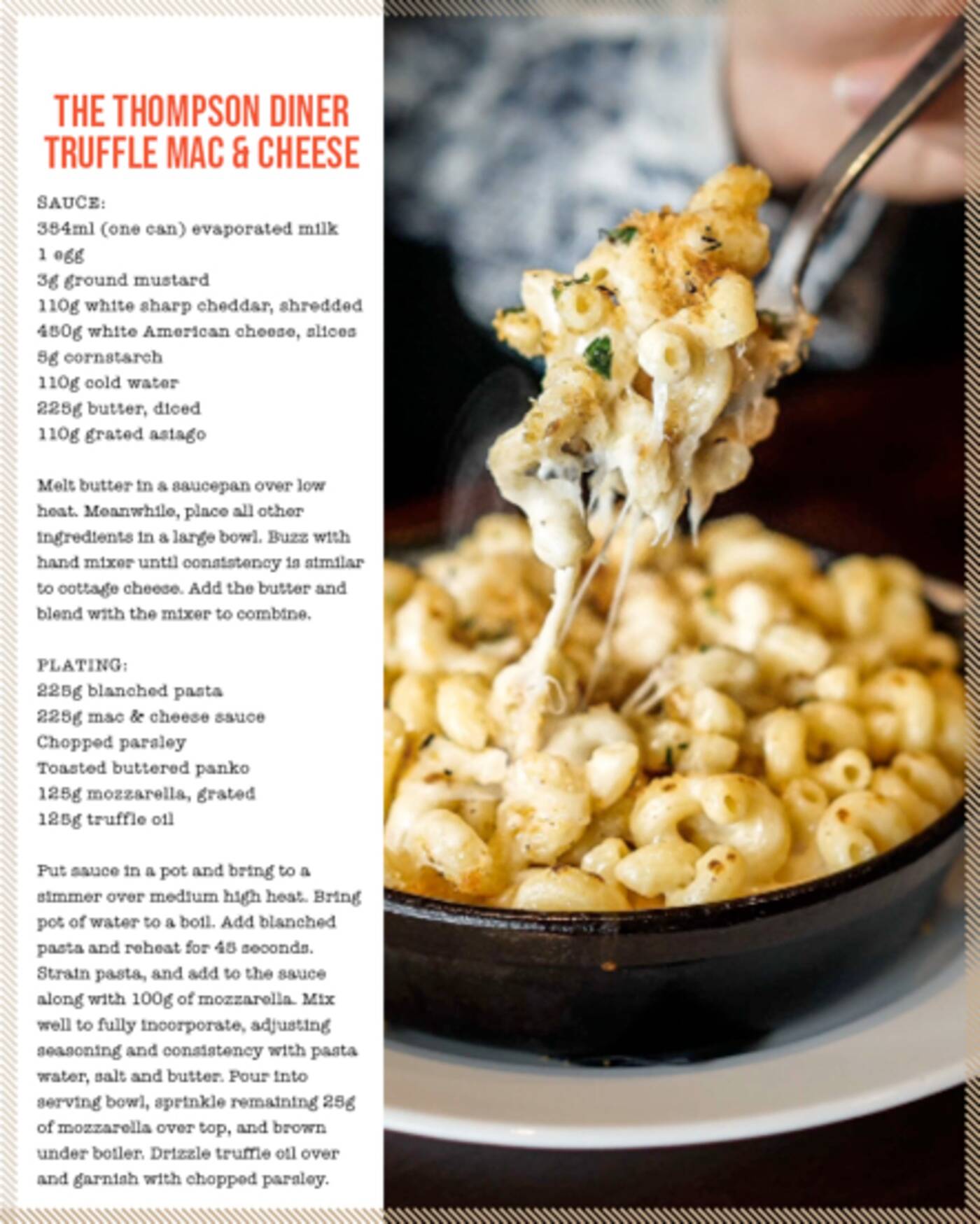 "Sharing the infamous truffle mac & cheese recipe is our way of thanking guests, visitors and the city of Toronto for the past 9 years of support!" said Jeff Waters, general manager of Thompson Toronto.

"We wanted to leave a piece of our legacy behind."

So while you'll no longer be able to hit up the diner for a taste of their delicious mac and cheese, and least you'll be able to make it yourself.