Schnitzel Queen—the city's most famous spot for breaded and fried filets—has announced that it's closing up shop.

After 27 years in Moss Park, Toronto's home for Czech schnitzels has announced that they'll be shuttering their doors at 211 Queen St. East for good at the end of December.

In a vague statement on their website, owners Karl and Margo Hubsch wrote, "Our big schnitzels are too big for the building."

The info on a sign at the store is slightly more explicit, saying, "We have an opportunity to build something bigger to meet our growing customer demand. It seems we have outgrown our shoes as they say."

Even better: a video Karl posted to his Instagram, where he explains the closure and planned expansion in true quirky Schnitzel Queen fashion.

While that sounds like good news for the Hubschs, who promise to return after "hibernating a little", it's bad news for loyal customers who will sorely miss this staple across from Moss Park.

Schnitzel Queen has seen numerous changes over the years, passing from its original owner Luba (purportedly one of the first to popularize schnitzels in the city) to a German couple, Bernard and Theresa, before being taken over by the Hubschs a few years ago.

Their hulking schnitzels have always been relatively affordable given the massive portions, though price did go up by $1 this year due to "trying schnitzel times". 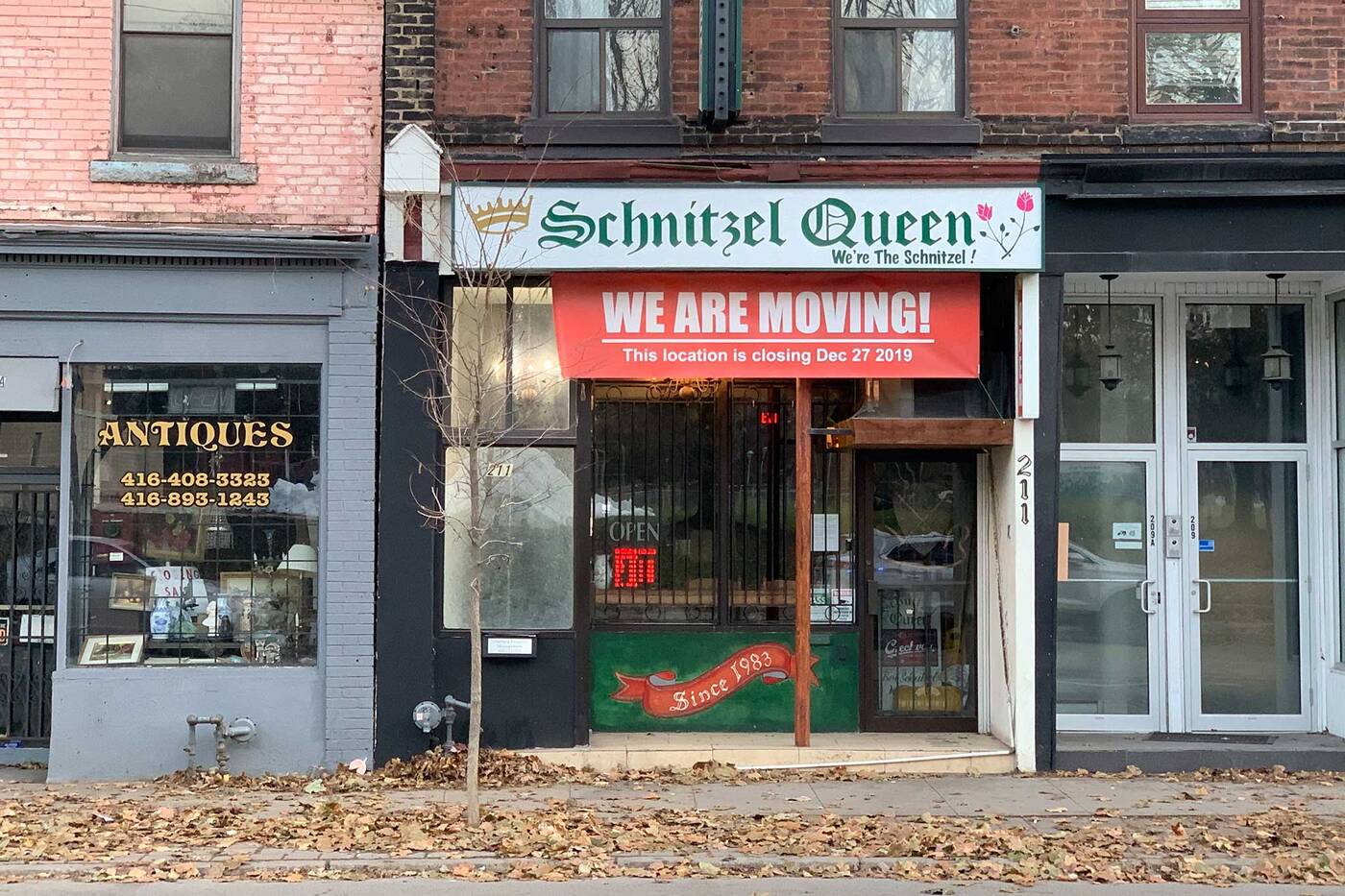 A sign currently posted at Schnitzel Queen. Photo by blogTO.

Karl says they have yet to figure out when and where Schnitzel Queen will re-open (apparently they're on the hunt for somewhere with a patio), but in the mean time, you have until December 27 to get "shnit-faced" at the Queen East classic.