Toronto is done with paying for really expensive juice cleanses

It's been about four years since Toronto's big juice bar boom — when the city saw its biggest influx of shops touting their rainbow-coloured stock of liquid health — but look around the city today, and it seems the scene has gone cold for cold-pressed drinks.

There's been nary a business that's launched over the past year selling healthy drinks and juice cleanses as its cash cow.

In fact, juice bars around Toronto are dropping like fruit flies: local businesses like High Park Juicery, Crush'd Juice Bar, and Forbidden Fruit have quietly gone under within the past few months, leaving less than a score of independent neighbourhood juiceries behind.

Belmonte Raw, Union Juice, OJ's, Pulp & Press and The Good Press are some other once notable names that have come and gone.

"I think that it's just a really hard business," says Emma Knight, co-founder of the Toronto-based company Greenhouse Juice.

"If some of the companies arent thriving, it's probably partially because they're exhausted." 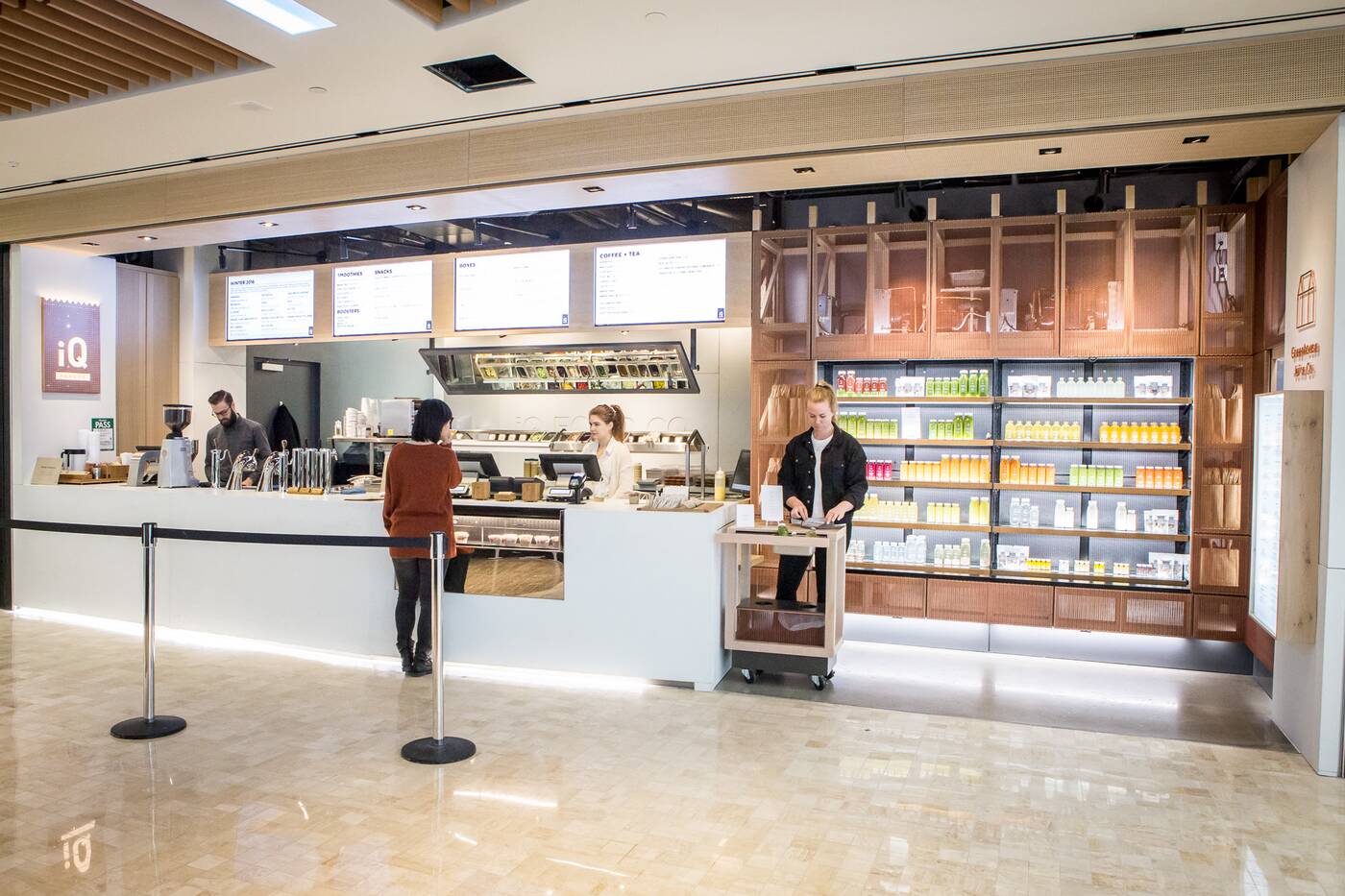 Greenhouse Juice has pursued a different strategy than most competitors by bundling their stores with other businesses like the IQ Food Co. in First Canadian Place. Photo by Jesse Milns.

Since launching in 2014 as Toronto's first line of cold-pressed veggie and fruit bottled drinks, Greenhouse has expanded from one single shop in Rosedale to a 14-store operation across the GTA.

Part of the reason Greenhouse has managed to expand over the years is due to the size of its shops: the brand typically chooses to inhabit smaller storefronts, often only large enough to fit its fridge of juices and a cashier counter.

"All of the resources go into production, so when it comes to retail stores, we dont need a lot of space and we can't afford a lot of space," says Knight.

Partnerships are an integral part of surviving the industry, where costs for organic produce (and the cleaning and prepping of said produce) cold-pressing, and bottling juice — only to have it expire within days — can be astronomical.

Greenhouse can be found at scores of restaurants around the city, in all of Toronto's Pusateri locations, and also at the Crown Flora and Greenhouse Juice shop on West Queen West, where their cold-pressed products are sold alongside Crown Flora's bonsais and hydroponic money trees.

It's the same approach as Village Juicery, another leading home-grown brand that's expanded since 2014 to multiple storefronts around the city.

Today, you can find Village drinks at grocery stores like Farm Boy and Nature Emporium, at high-end restaurants by Chase Hospitality, like Planta, or making custom juices for partners like Forno Cultura and Fresh. 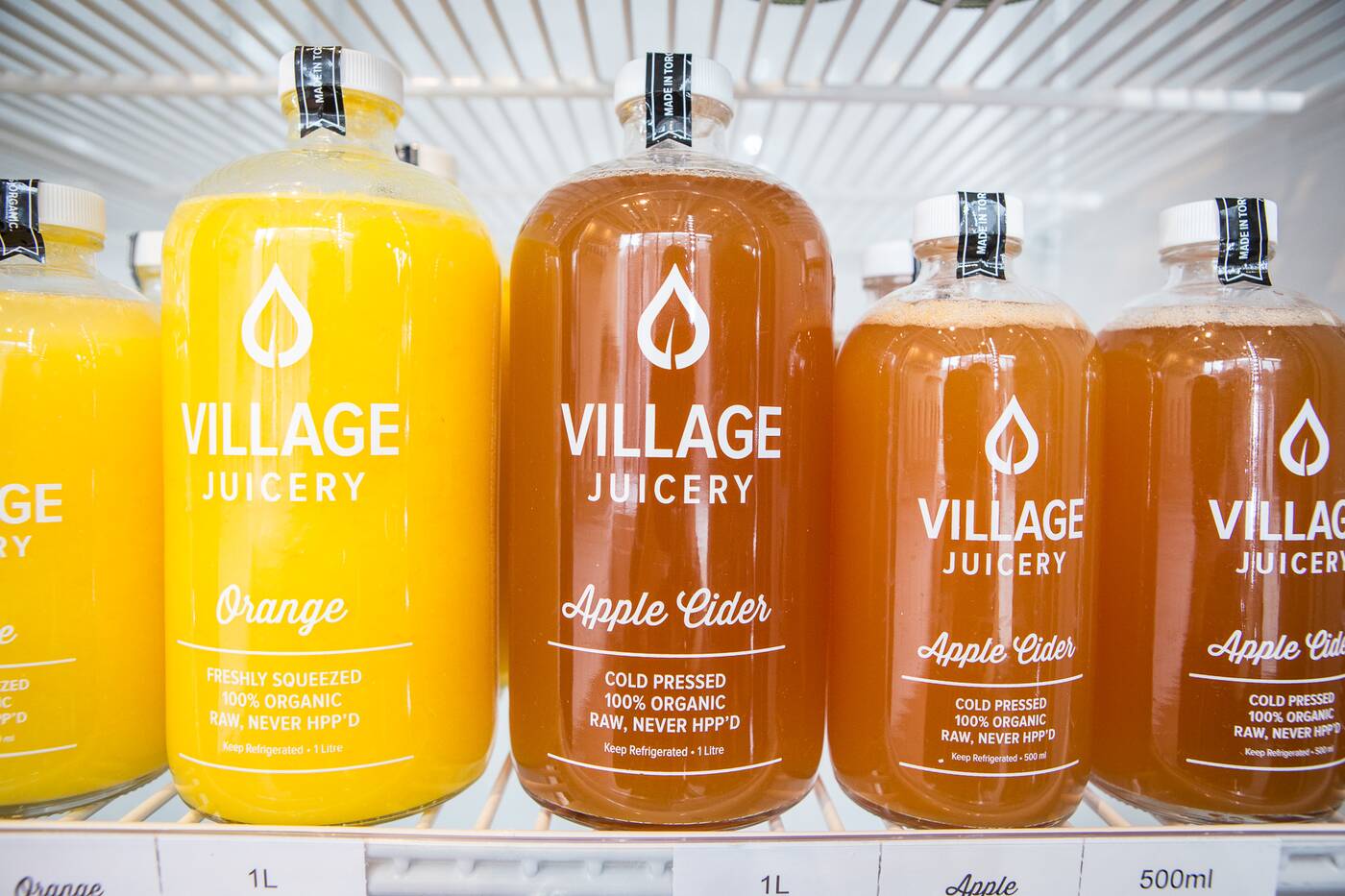 Village Juicery is one of a handful of the original juice bars that have managed to survive the shakeout. Photo by Jesse Milns.

In this case, 'playing it right,' might mean de-centralizing businesses from the biggest dying trend of all: expensive juice cleanses.

According to Shaheen, juice cleanse packages (which Village Juicery offers as an option) are as ineffective as a singular business model as they are a quick-fix for health problems.

"Buying a box of juice and just drinking that for a few days, that's a trend that we never believed in and never based our business on," says Shaheen.

"People that did rely on that trend might be seeing a decline."