Belmonte Raw in the PATH is the second location for the Leslieville-based raw eatery and juicery. The takeout spot is tucked under under the Exchange Tower, once a frequent delivery stop for founder (and namesake) Carol Belmonte, who launched the business by bringing salads via bicycle to hungry office workers.

In the years since, Belmonte says, many of those original customers have stuck with her, picking up salads, juices, nut milks and smoothies as the company grew larger. But, naturally, plenty has changed in the world of juicing and raw food since then.

"Back when I first started, there was no organic places doing this," Belmonte says. "It was just hard to find what I wanted, which is why I did it." Eventually, she expanded into the Leslieville location, where all the chain's food is still produced.

Her plan was to make eating raw and organic easy, accessible, "and a little bit stylish". Thanks to some black-and-white flooring, a marble countertop, and some pretty slick branding, there's visual appeal to spare in the First Canadian space, formerly a Laura Secord location. 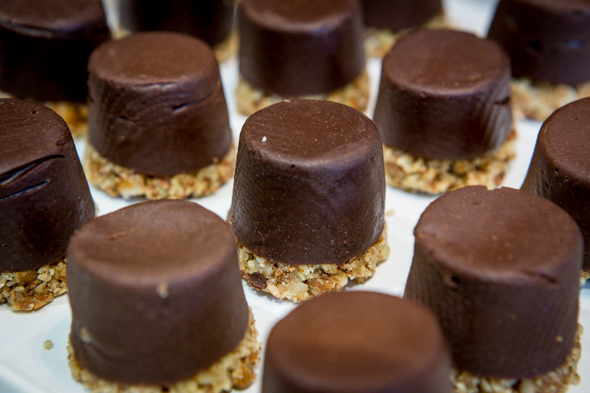 Don't worry if you came by looking to crush a chocolate craving - they've got their own chocolate "thimbles" made of cacao, cashews and carob, as well as raw chocolate bars (decorated with sexy pinup ladies). 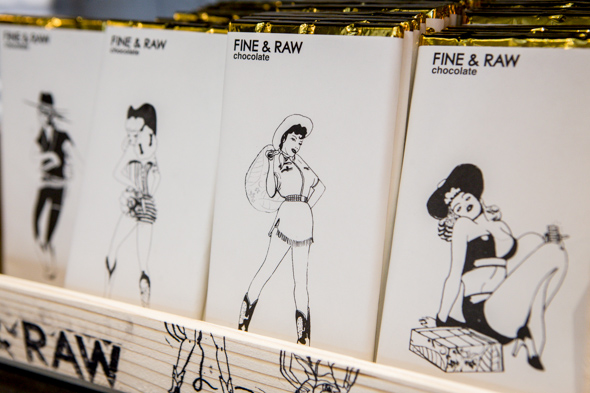 The biggest draw, however, might be the refrigerator case filled with bottled juices. Belmonte developed the recipes herself, favouring the more savoury blends. "When I first started, people wanted sweeter stuff. But now, five or six years later, people want no apple, they want no fruit added." 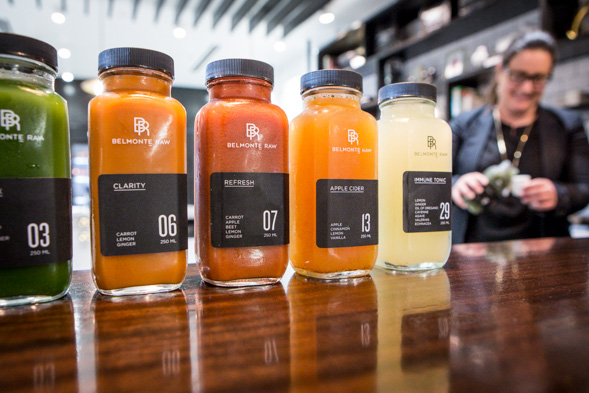 A handy tip, if you're not sure what to get: The juices tend to run from mildest/sweetest at the top of the case to more intense blends at the bottom. Smaller sizes sell for about $7.75, while large bottles go for $11.50. "On the market, now, there's a lot of places that are much, much more expensive than we are - and, really, our prices haven't changed that much," Belmonte says. 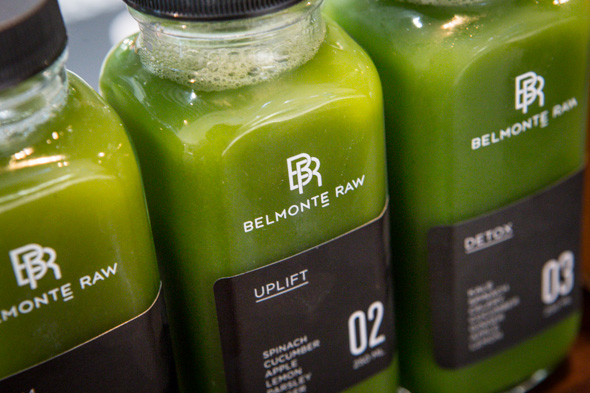 It may be tempting to go for the safer-looking nut milks and smoothies, but don't be afraid to branch out. An inky-black elixir known as "Hydrate" is a tart lemonade sweetened with coconut sugar and mixed with activated charcoal made from coconut shells; the result is a gently-tropical thirst quencher that, apparently, doubles as a wicked hangover cure.

My other favourites: Clarity, which is deceptively thick despite its carrot-orange-ginger ingredient roster; Uplift, which achieves a nice mix of grassy spinach and kale and crowd-pleasing apple and lemon; and an apple cider that comes dosed with lemon, cinnamon and vanilla, so it tastes like a pie (for real). 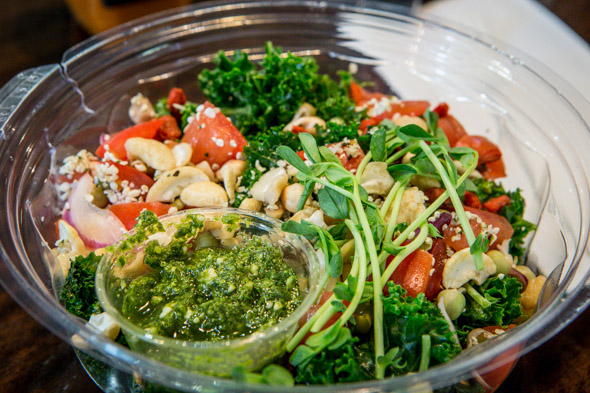 If you're among those looking for something to chew on, Belmonte carries a small lineup of salads ($12) and wraps ($9) that works on a six-week rotation, to keep things exciting and seasonally appropriate. "There's always one (lunch option) that's lettuce based, one that's kale based, a slaw and two wraps, so everybody gets something different every time," Belmonte says. 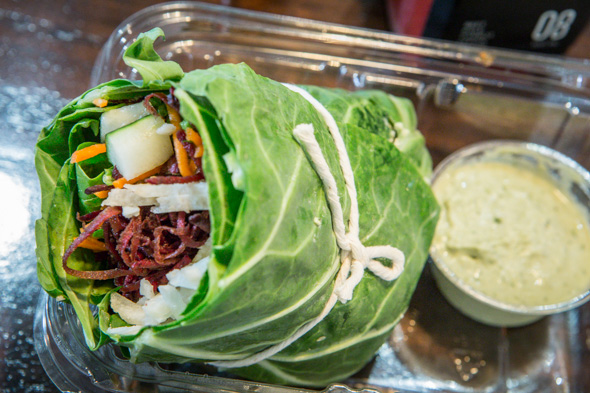 The week I stop by, there's a jicama, beet and avocado California wrap, rolled up in collard greens and tied with twine, a "super tabouleh" beefed up with carrot-parsnip "couscous", and an Asian slaw made with shredded veggies and sprinkled with cashews and goji berries. They also work raw foods into a few of their bottled juice cleanses ($70 and up). 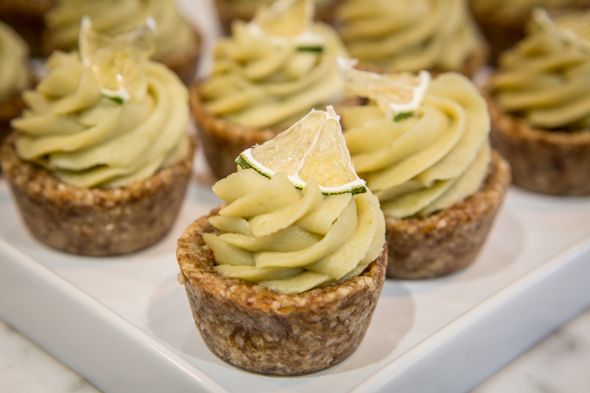 All of that sounds plenty nutritious - and so do their mini-tarts, which are made of a dense date-almond crust. But it's the dainty little swirls of key lime, blueberry lavender or peanut butter chocolate filling on top that makes 'em so irresistible - health be damned. 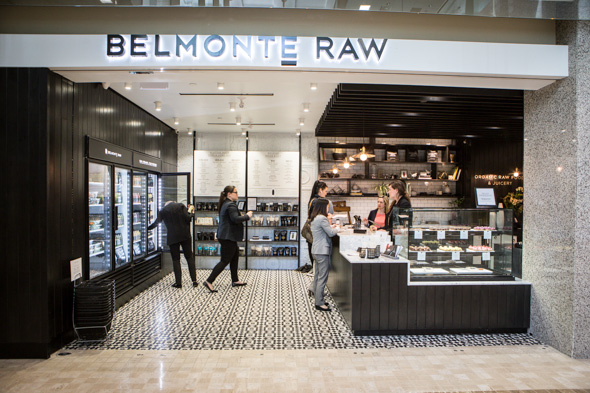