Animal rights activists stunned the people of West Queen West this weekend by standing outside a Toronto meat shop advertising such exotic cuts as "tenderloin of terrier," "leg of retriever," and "minced maltese."

"FRESH DOG MEAT," read one of the protest signs in bold red letters with a hand-drawn pup on the side for illustration. "ANIMAL LOVERS DON'T EAT ANIMALS," read another.

One banner, larger than all the rest, explained the group's key message: "End speciesism. Non-humans are NOT ours to use or exploit for food, clothing, entertainment or any other purpose." 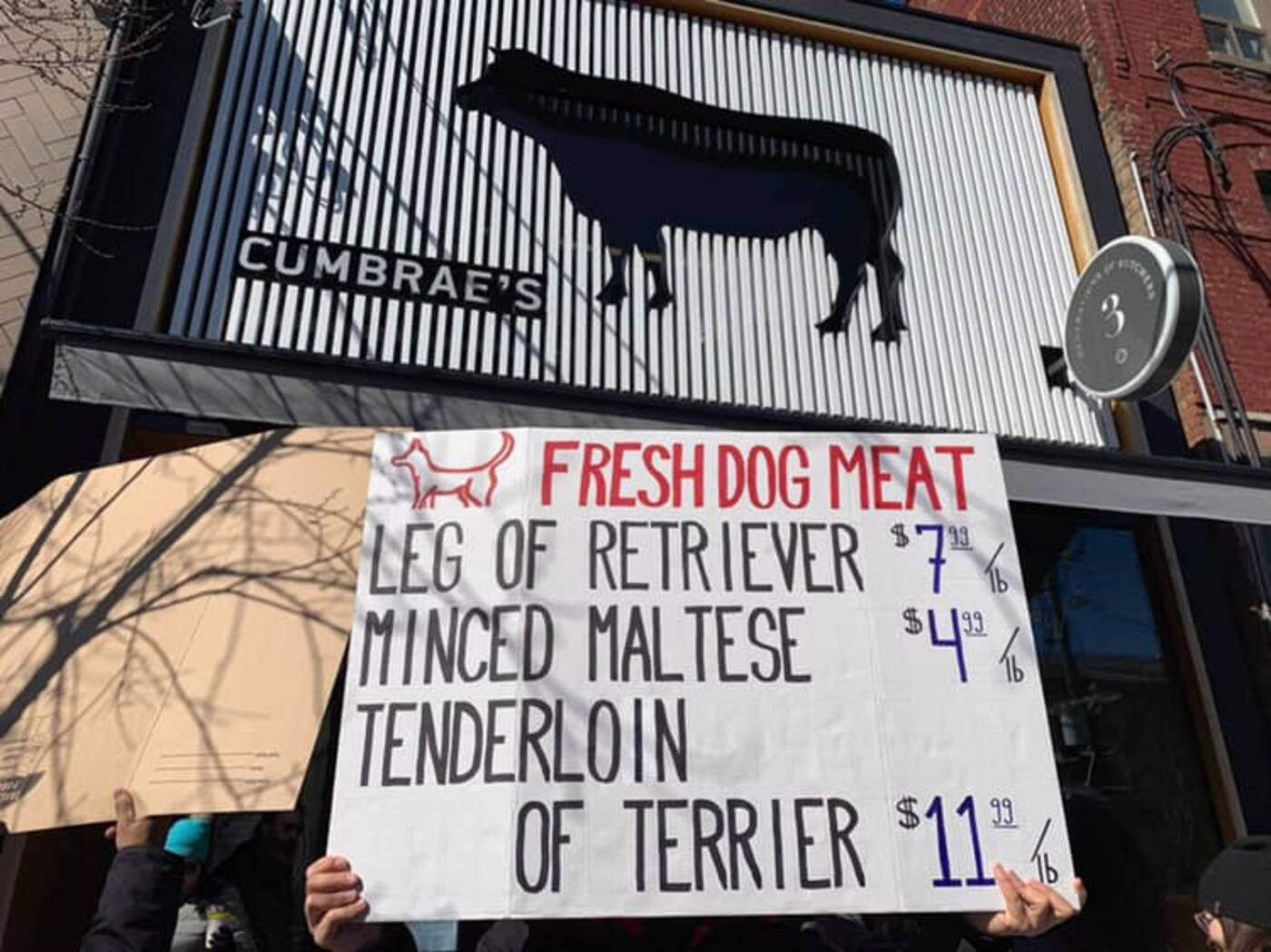 Dozens of animal rights activists swarmed Cumbrae's on Queen this past weekend to talk about what they call the 'humane meat marketing myth.' Image via GRASS Toronto.

"Today we stood on a busy downtown Toronto street in front of Cumbrae's, a butcher shop with no vegan options claiming to be ethical, humane and progressive," reads a message posted to Facebook by protest organizers following the event.

"A university professor who was on her way in stopped to talk to us, she agreed that these animals didn’t want to be killed, so how could it be ethical or humane? She decided not to shop at Cumbrae's." 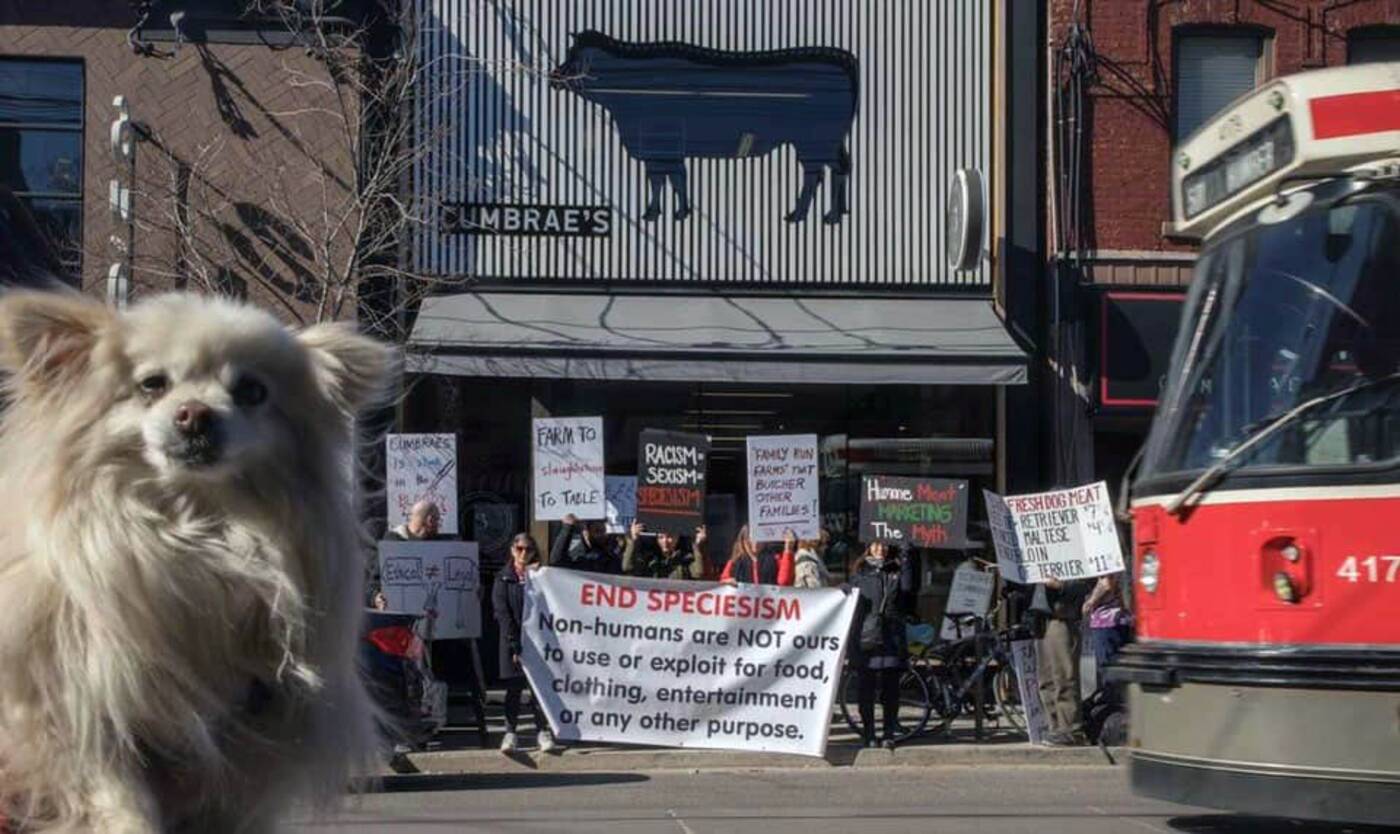 Some pet owners brought along their own furry friends to help support the cause. Image via GRASS Toronto.

The stunt didn't convince everyone who witnessed it to go vegan, of course.

"Friggin militant vegans!" reads the caption of one photo shared by a passerby on Instagram. "Let the people eat their seared animal flesh in peace."

Others found the likening of farm animals to dogs enlightening, according to organizers, who wrote that one person "saw us and he was curious and excited so he got off of his streetcar and is now trying Challenge 22 and can't wait to try the [A&W] Beyond Burger!" 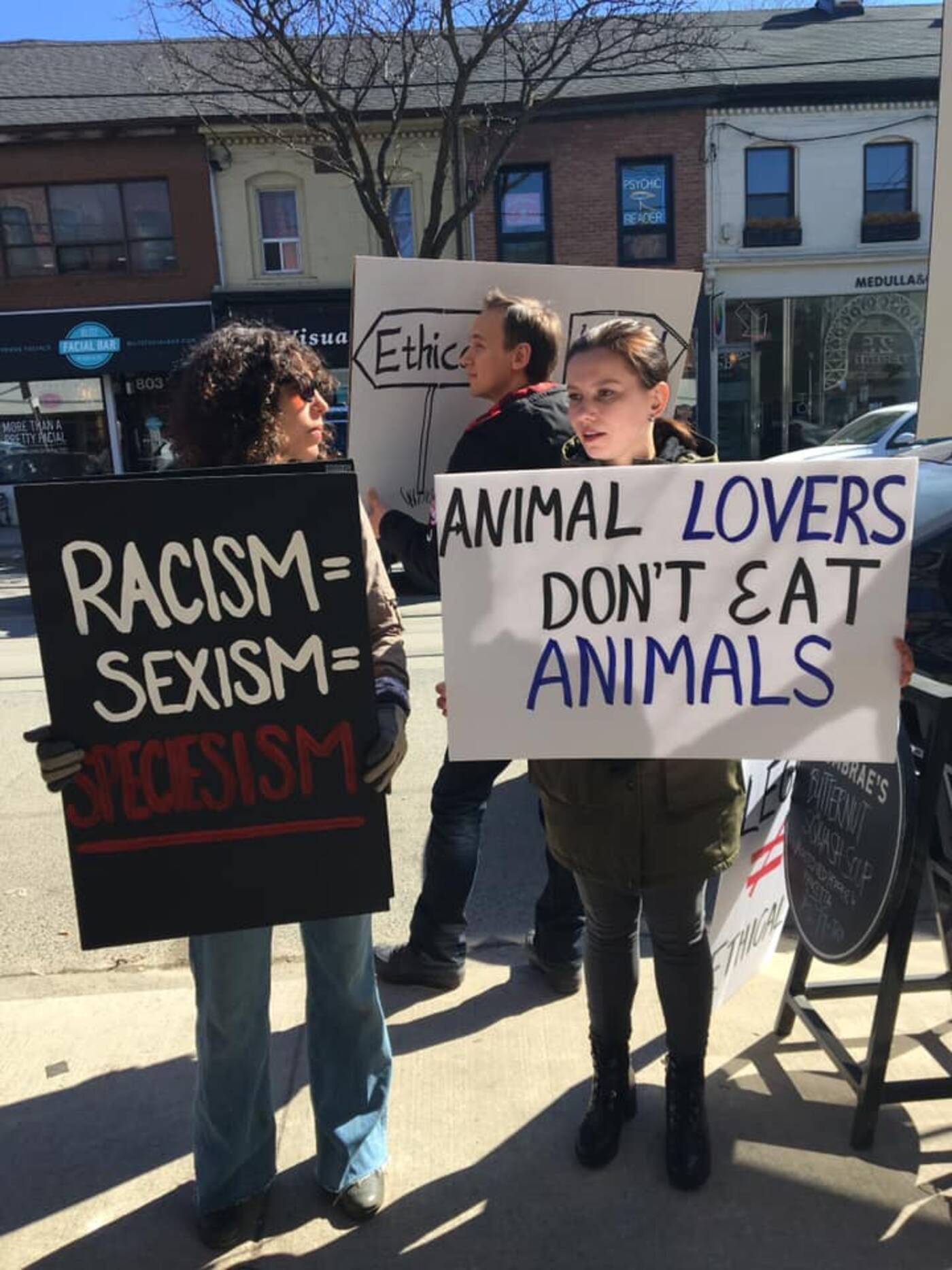 Members of the animal rights group GRASS Toronto regularly stage demonstrations in downtown Toronto to protest the use of animals for meat. Image via GRASS Toronto.

The activists will be back again on March 30, according to a Facebook event called Protest Speciesism at Cumbrae's.

Dogs, clearly, are welcome to join.

The top 30 butcher shops in Toronto by neighbourhood

The rarest coffee in the world is now available in Toronto