It's been months since Drake's luxe sushi-meets-sports bar closed down after a massive rainstorm flooded the restaurant, and it doesn't look like it'll be re-opening anytime soon.

Pick 6ix had only held half a year's-worth of private parties and anticipated reservations when the fancy restaurant was forced to close. 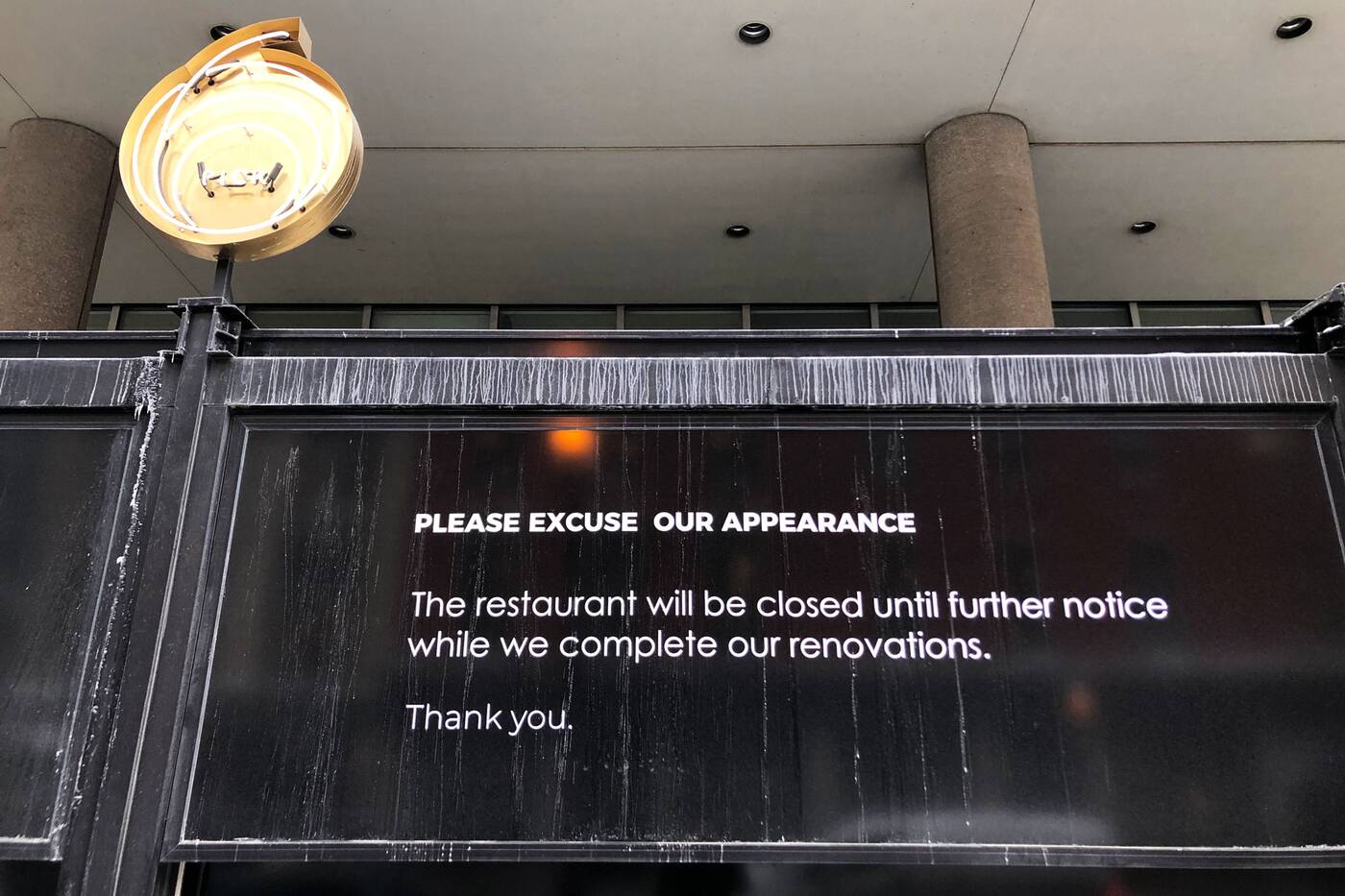 Representatives announced in August that basically the entire restaurant had suffered extensive water damage, from the furniture in the black-and-gold interior all the way to the kitchen. 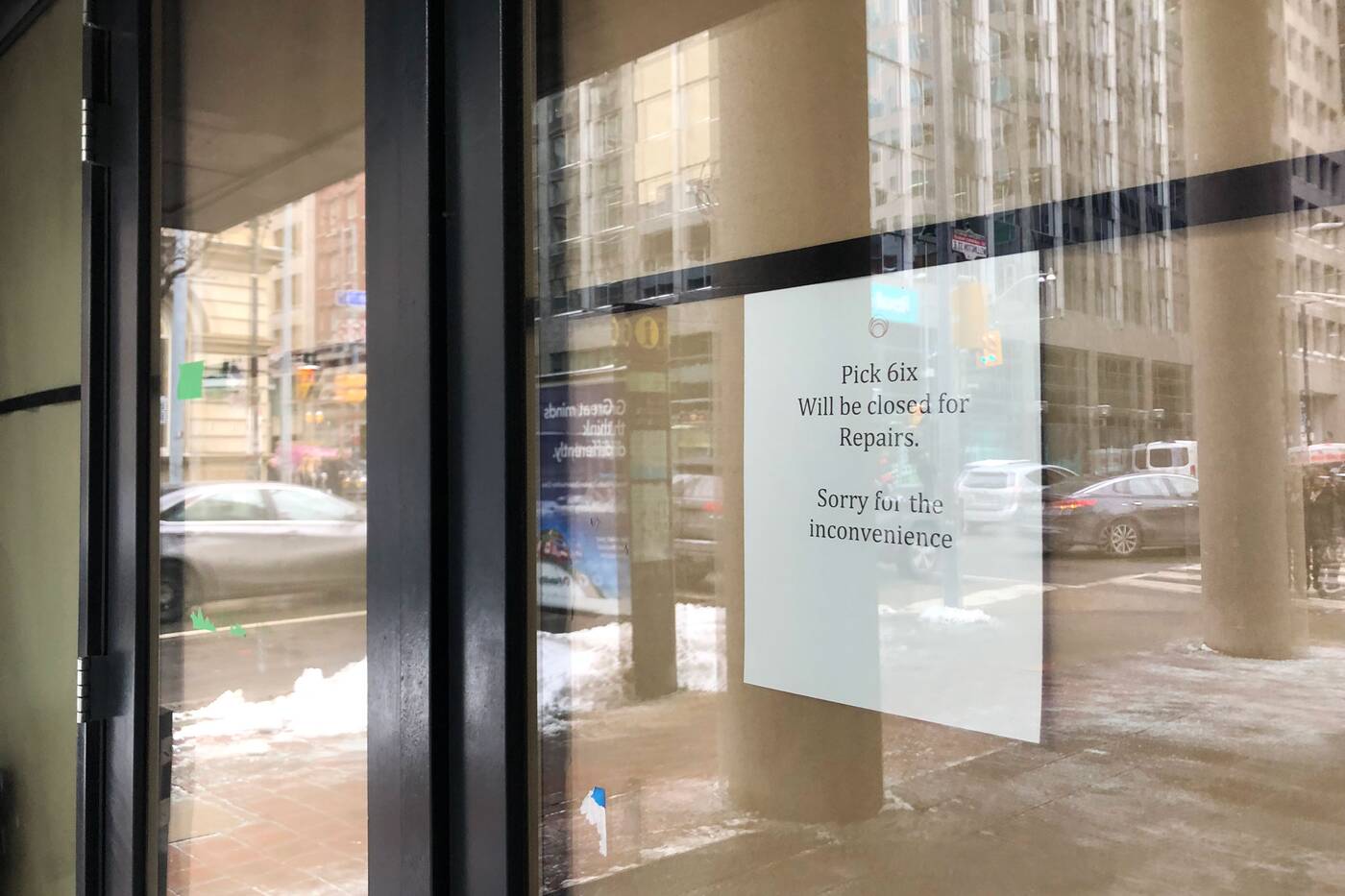 The building has been completely papered up, and signs on the front door and side windows indicate that the restaurant will be closed for repairs until further notice. 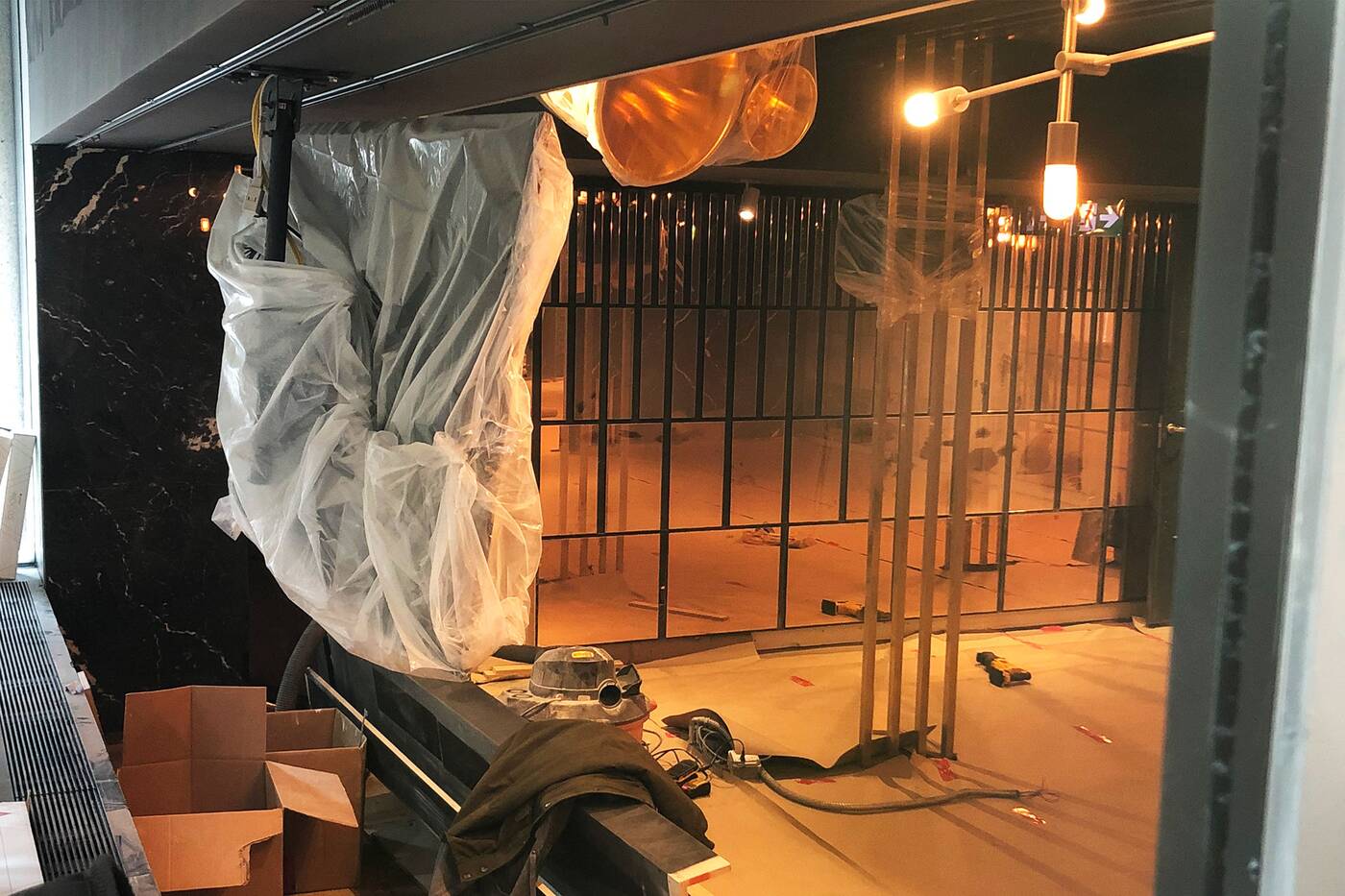 A glimpse into space does show that significant construction is underway, though it's unclear when exactly it'll be up and running again.