Toronto grocery stores roped off their beer on Family Day

Every statutory holiday, it seems that residents of at least one Toronto neighbourhood fall victim to the false promise of buying beer on a holiday thanks to a nearby grocery store that only recently started stocking booze.

"The Beer Store and LCBO are closed on Monday," goes the train of thought, "but the supermarket near my house is open, and it sells alcohol now. Thus, I can thwart Toronto's weird holiday shopping rules!" 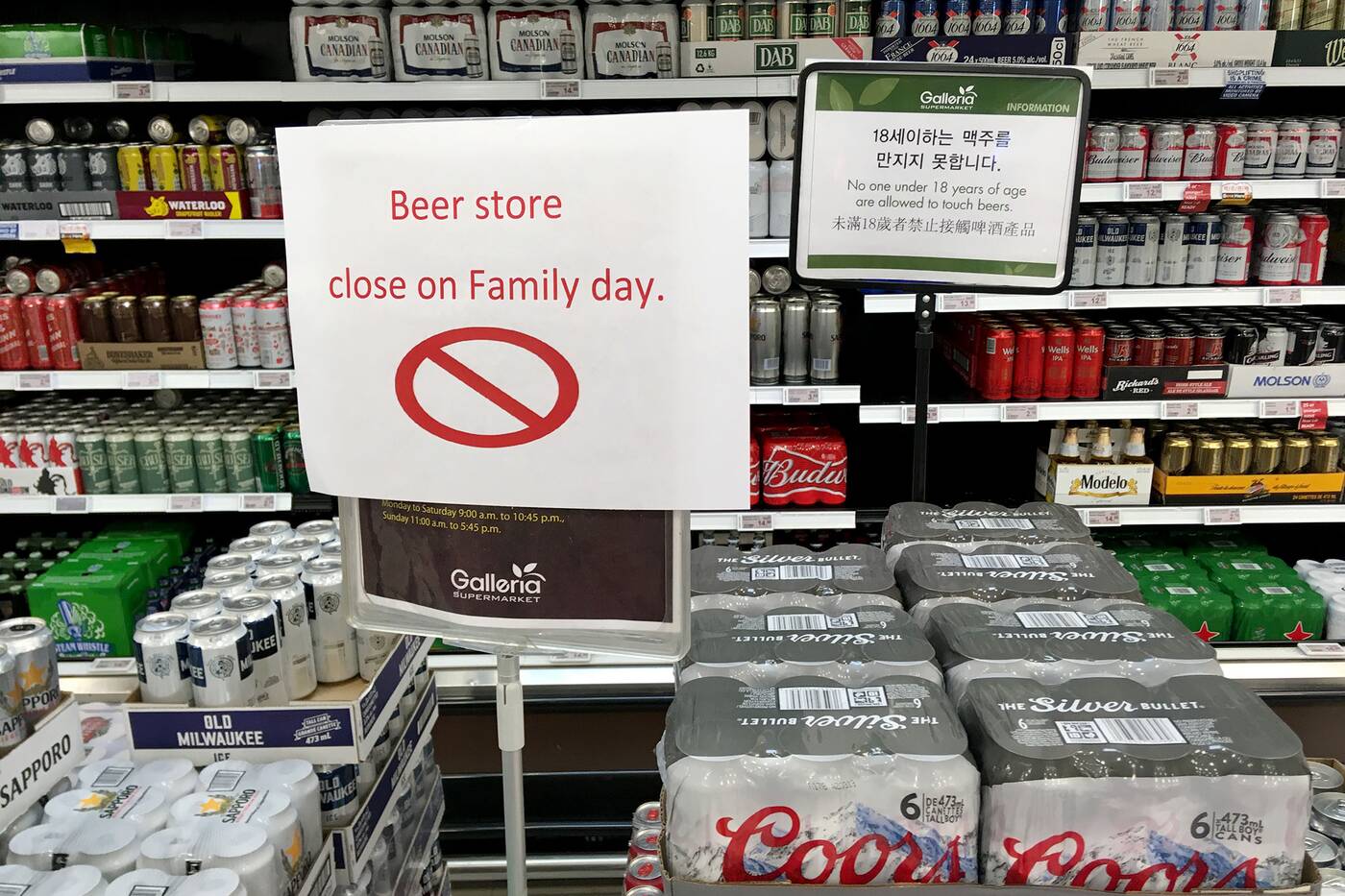 It's a nice idea, but grocery stores can rope off an entire aisle of product just as easily as the Beer Store can lock its front door – though perhaps a bit less elegantly.

The Galleria Supermarket near York Mills and Leslie used some crates, tape, poles and signs to "close" its beer store on Family Day this year.

Other grocery chain stores have their own "beer aisle closed" mechanisms built right into the beer aisles.

Some other locations of grocery store chains, like Metro and Loblaws, have curtain-like barriers that can simply pulled down over their beer fridges, blocking access to the product when booze sales aren't permitted.

Whatever the case, if you really want to come out ahead in the buying-alcohol-on-holidays game, stock up ahead of time or check out some local craft breweries.