Visitors to Toronto Shoppers Drug Marts this Family Day found large sections of the stores taped off. "Due to Family Day this aisle is closed today. Sorry for the inconvenience," signs read. "This section is closed in accordance with Ontario's statutory by-law ... products behind this tape cannot be sold," said another blocking access to loaves of Wonderbread. 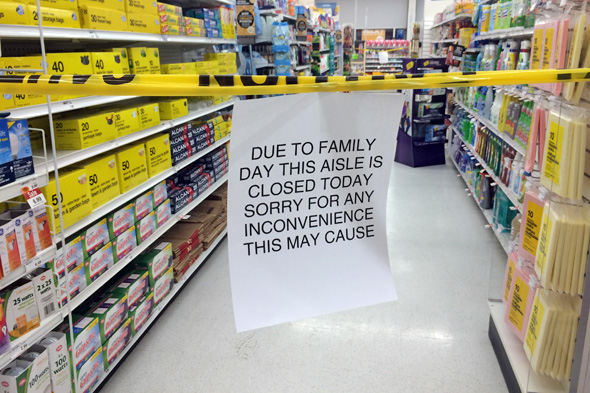 The problem was due to a conflict between Shoppers Drug Marts' expansive selection and the city's strict holiday retail rules. According to the Toronto by-law that restricts sales on Family Day, Christmas Day, and other mandatory holidays, pharmacies are only allowed to remain open provided "no other goods are available for sale except as sundries."

Sorry, no magazines or laundry detergent for you. 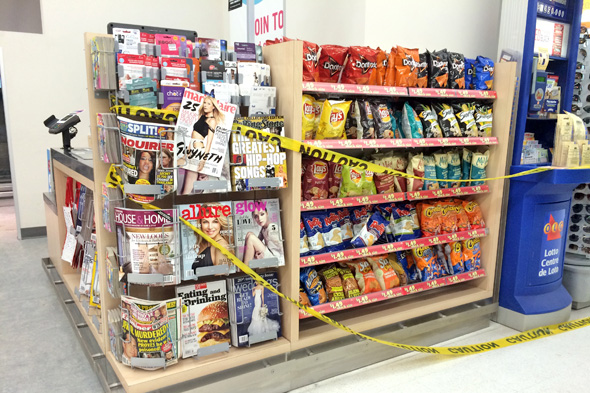 In other words, instead of closing its non-compliant stores down, Shoppers did an ad hoc modification to bring them inline with the by-law, yellow caution tape and all. It didn't look pretty, but it appears to have accomplished the company's goal. 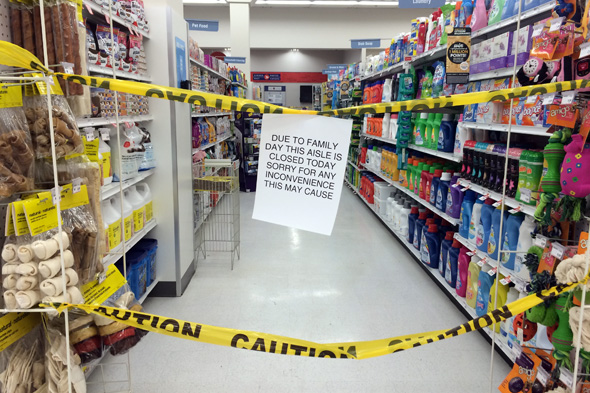 Is it time the province and the city allowed more stores to open on stat holidays? If we can't get beer in corner stores, surely we should be able to buy some laundry detergent from the local Shoppers, no?