The top 15 pancakes in Toronto by type

Pancakes come in all shapes and sizes in Toronto. We all have one thing in common here, and that’s the desire to break our fast (whatever the time of day) with hot, circular cakes cooked up fresh.

Here's a round-up of pancakes in Toronto by type.

More classic than classic, as iconic as the pancake emoji itself, the diner-style pancakes at Billy's Diner in Leslieville are as big as your face, have lacy edges, and come in blueberry, strawberry banana, Nutella banana and chocolate chip varieties. All are topped with obligatory icing sugar, maple syrup and whipped cream. 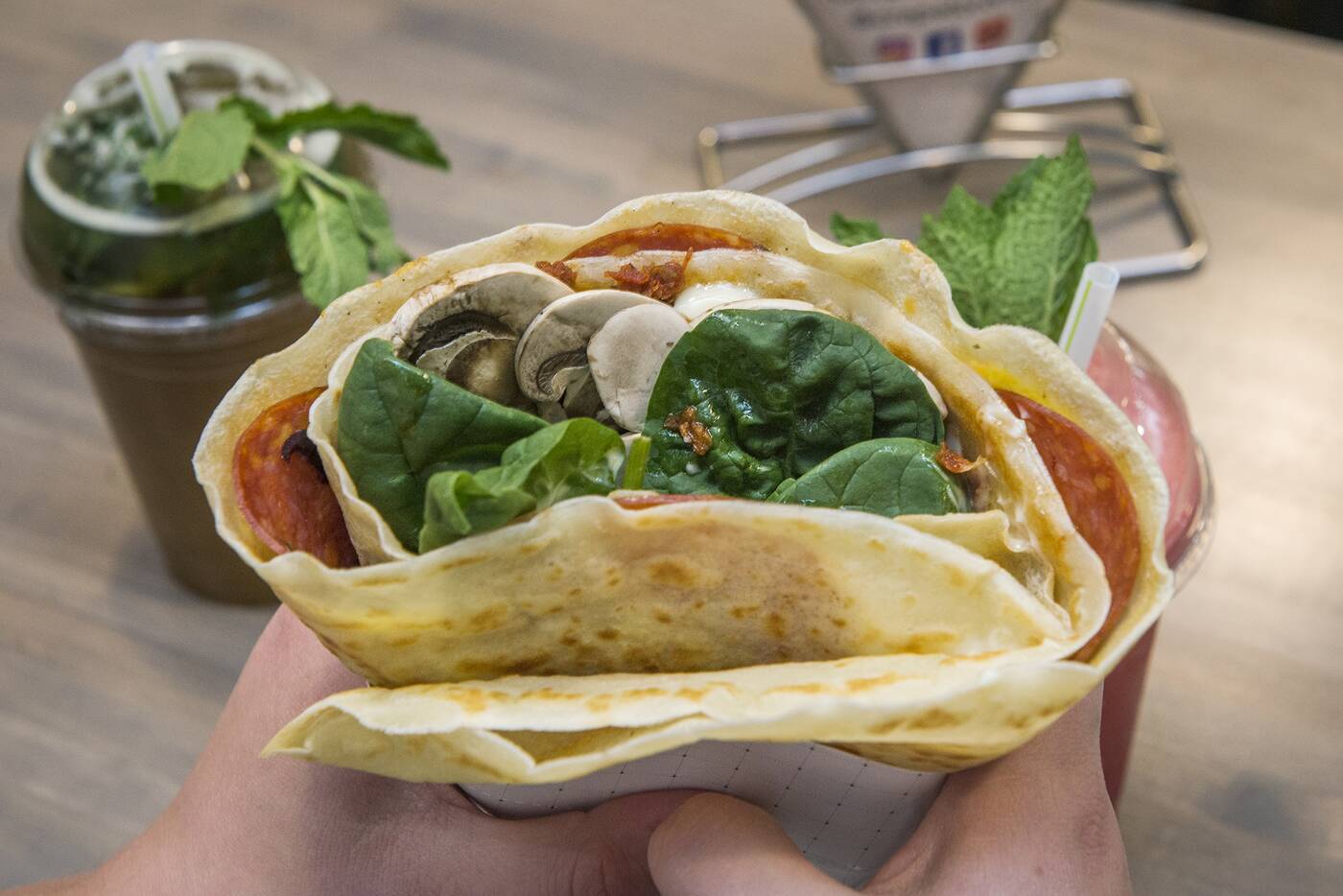 Crepe TO is putting a Torontonian twist on traditional French crepes by naming them after features of our hometown. All are made traditionally right before your eyes in the window of this shop on Church near King. 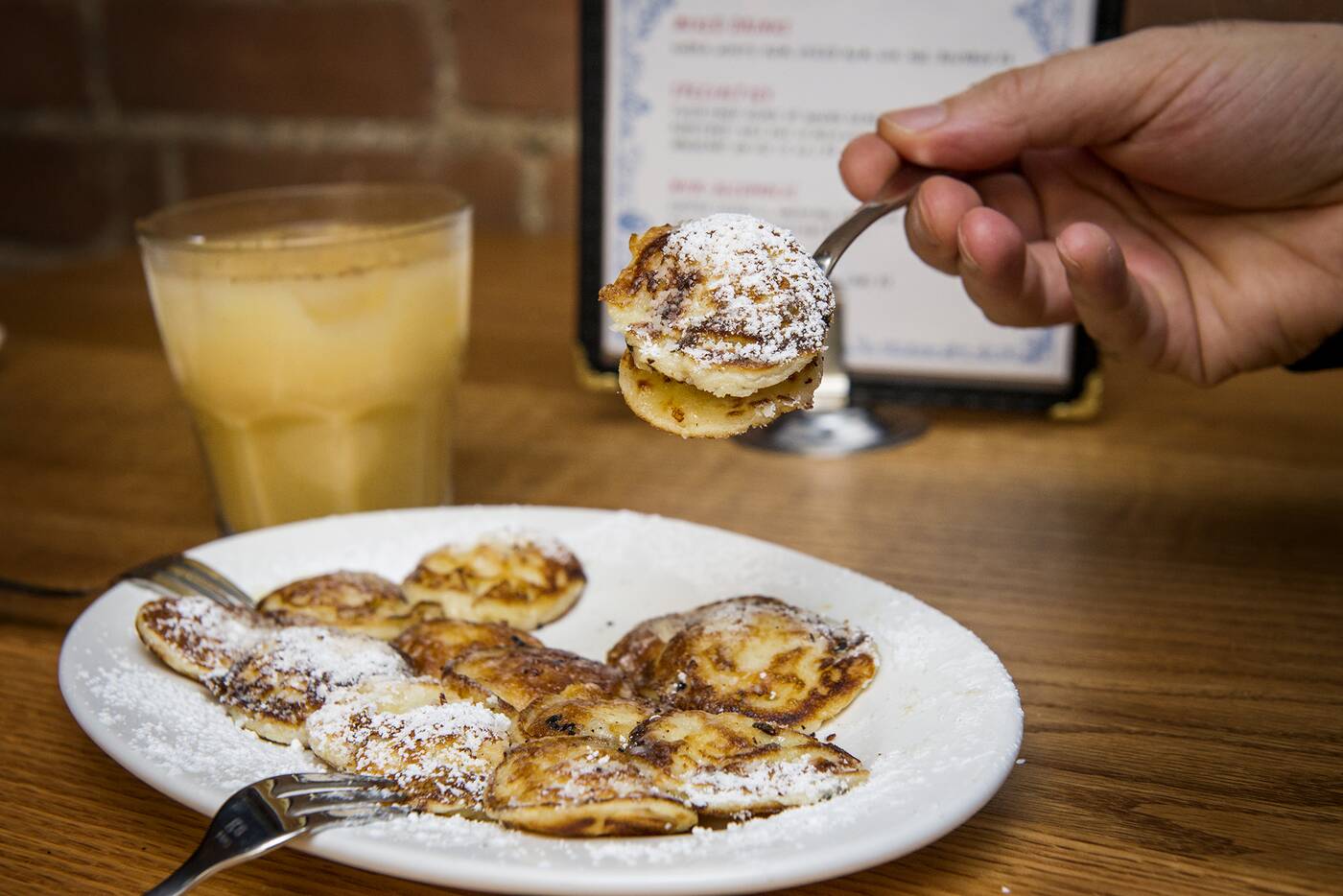 Those craving a taste of airy Dutch street mini pancakes dusted with sugar and heaped with butter should head to Borrel on Danforth East for these and many more tastes of the Netherlands.

The walnuts cakes may be what Hodo Kwaja is known for, but they also do these steamy hot Korean pancakes stuffed with peanuts and sugar. You haven’t been to Koreatown until you’ve had one, though you can’t get them made fresh and hot all hours of the day. 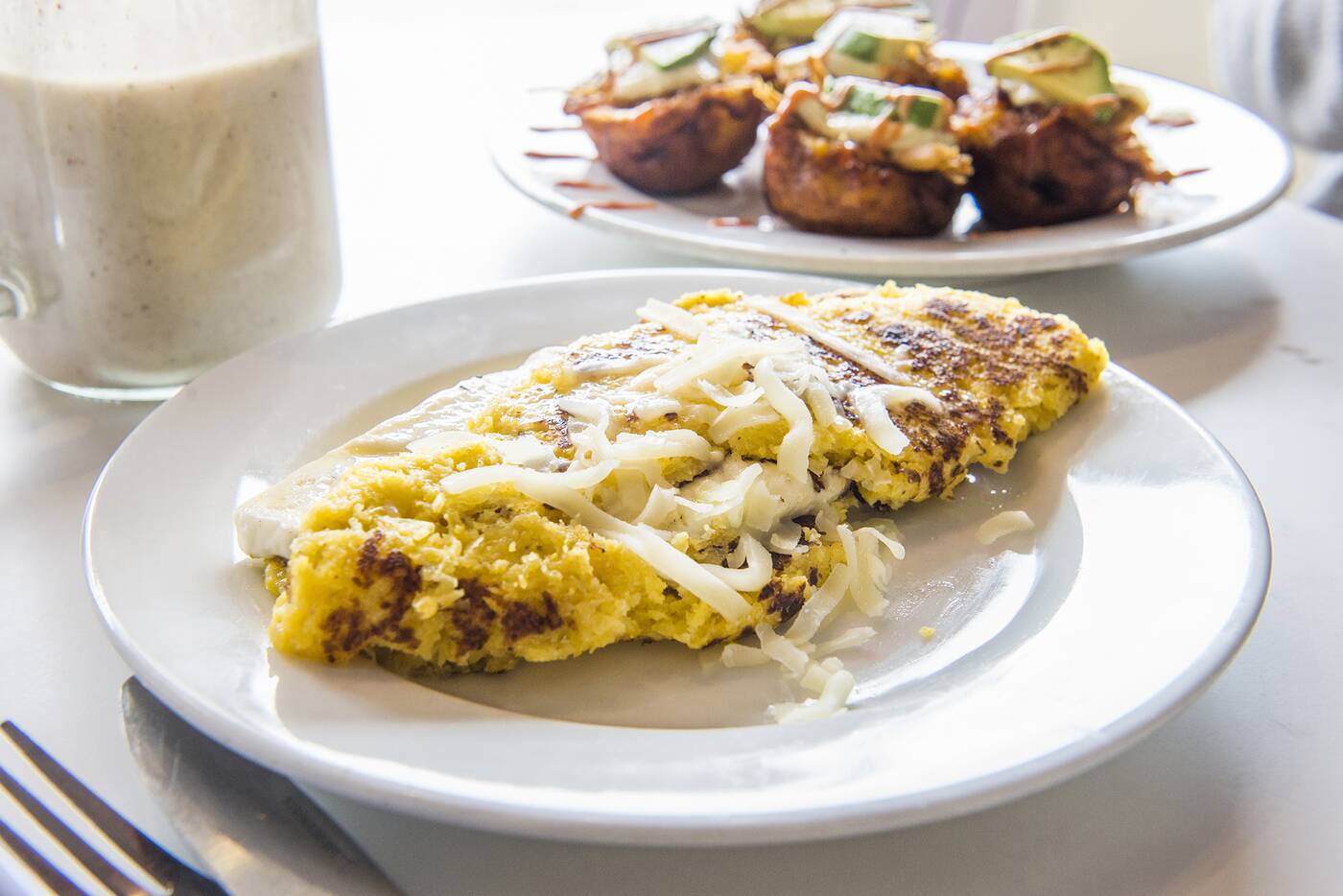 El Arepazo in Kensinton Market makes these Latin American corn pancakes that are loaded with butter and come with your choice of toppings. You can never go wrong opting for lots of queso fresco. 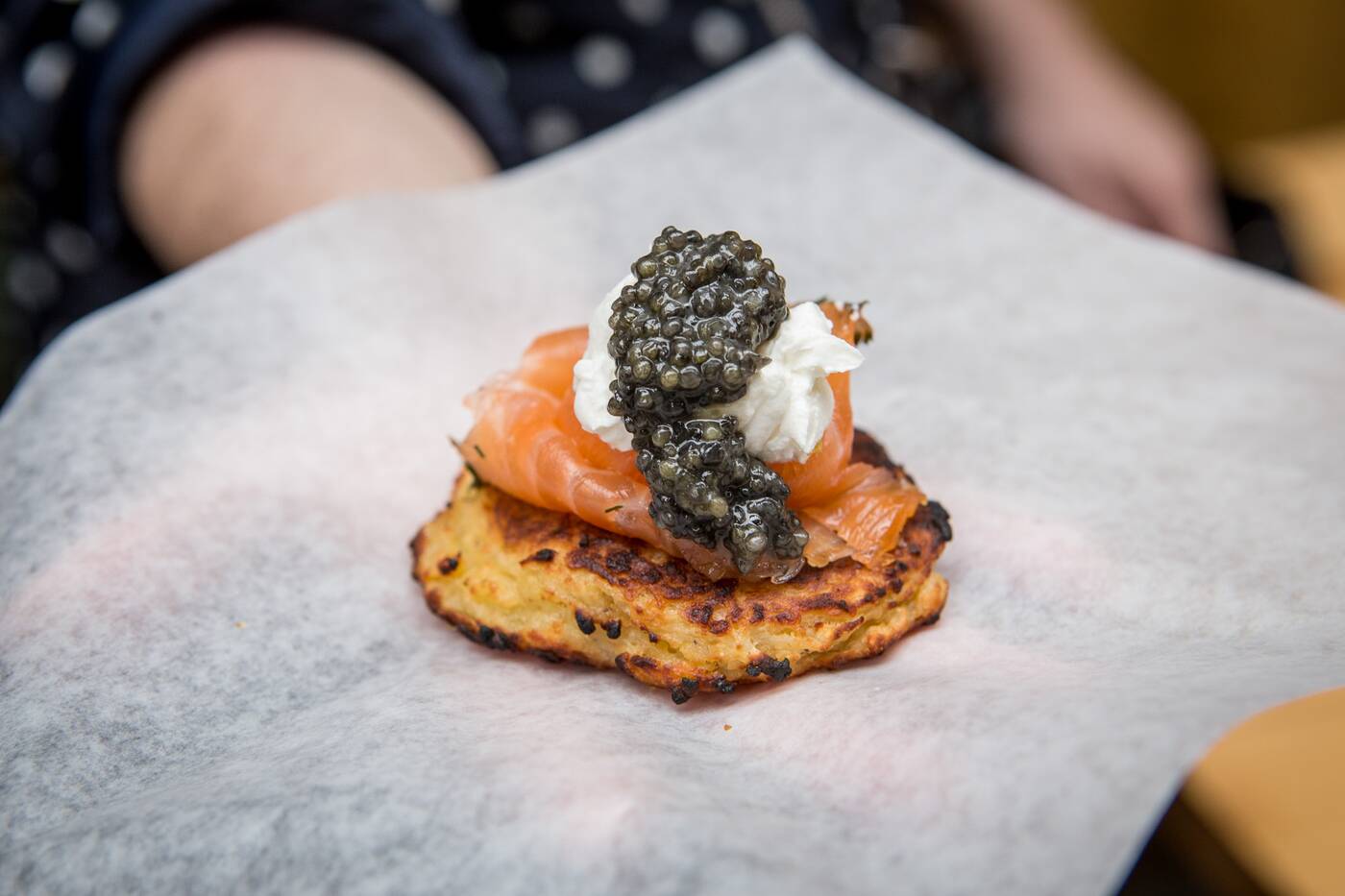 Schmaltz Appetizing serves some decadent little latkes, which you can get topped with your average applesauce and sour cream, or kick it up a notch with whitefish and caviar. You can even accompany these babies with a White Russian at night at their Dundas and Ossington location. 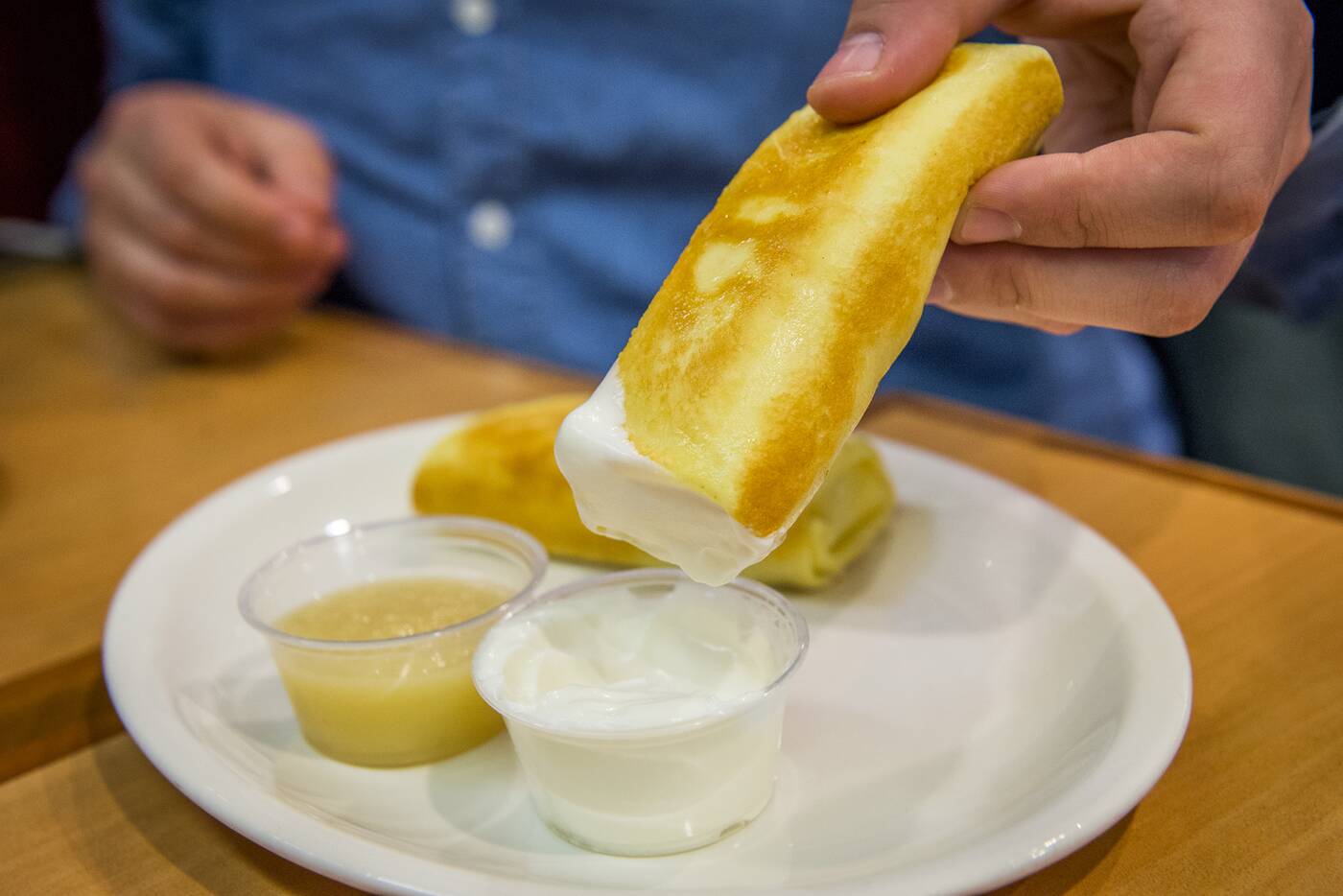 United Bakers at Bathurst and Lawrence makes these perfectly folded bundles of joy that encase rich cottage cheese in soft, silky, fluffy blintz wrappers cooked to a light golden brown. Dip in sour cream or apple sauce or opt for a blueberry topping. 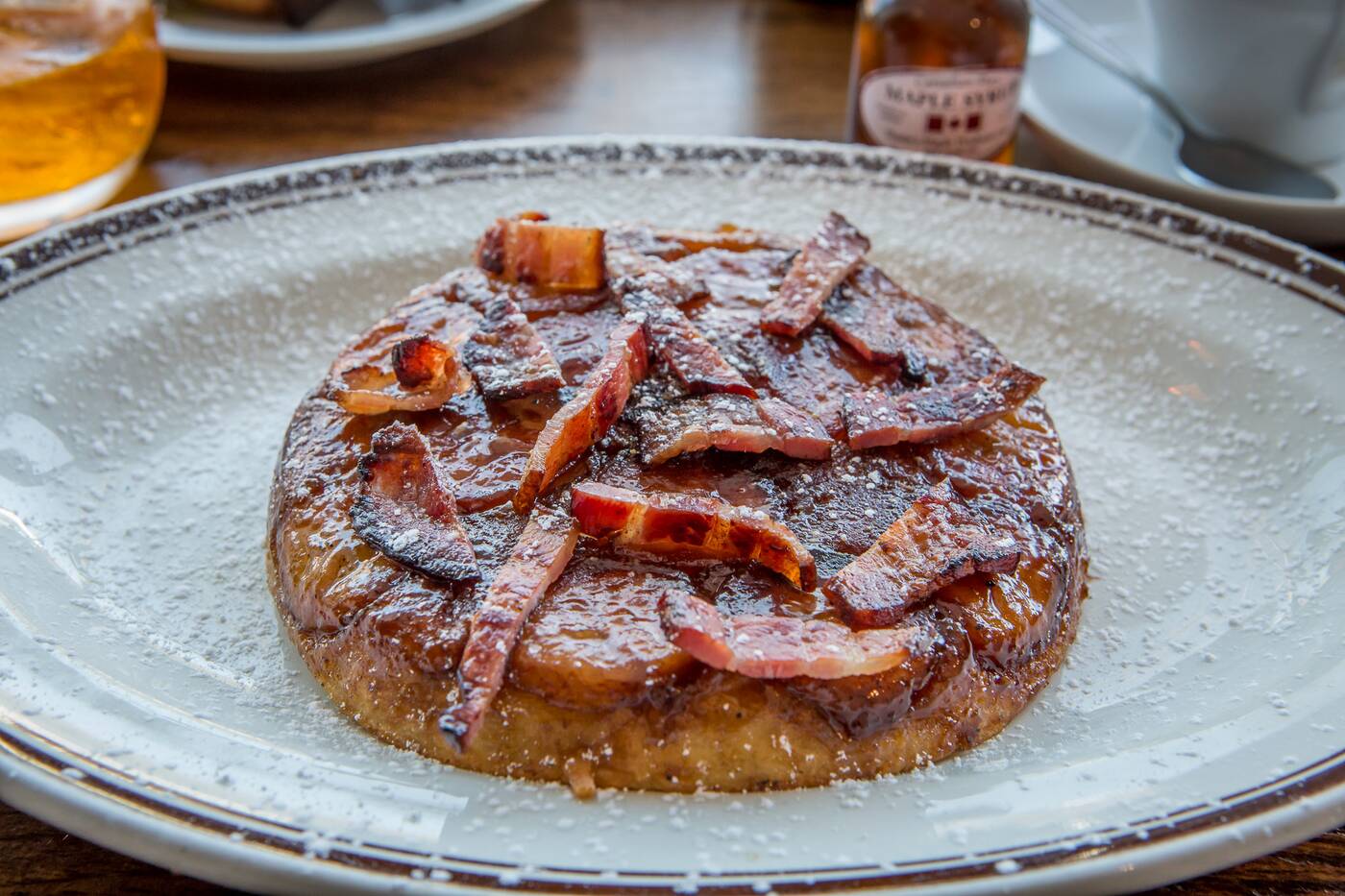 Like every good Dutch-style pancake should be, the ones at Campo in Baby Point are cooked in cast iron pans, and they do theirs with caramelized banana. Add double smoked bacon to complete the picture. 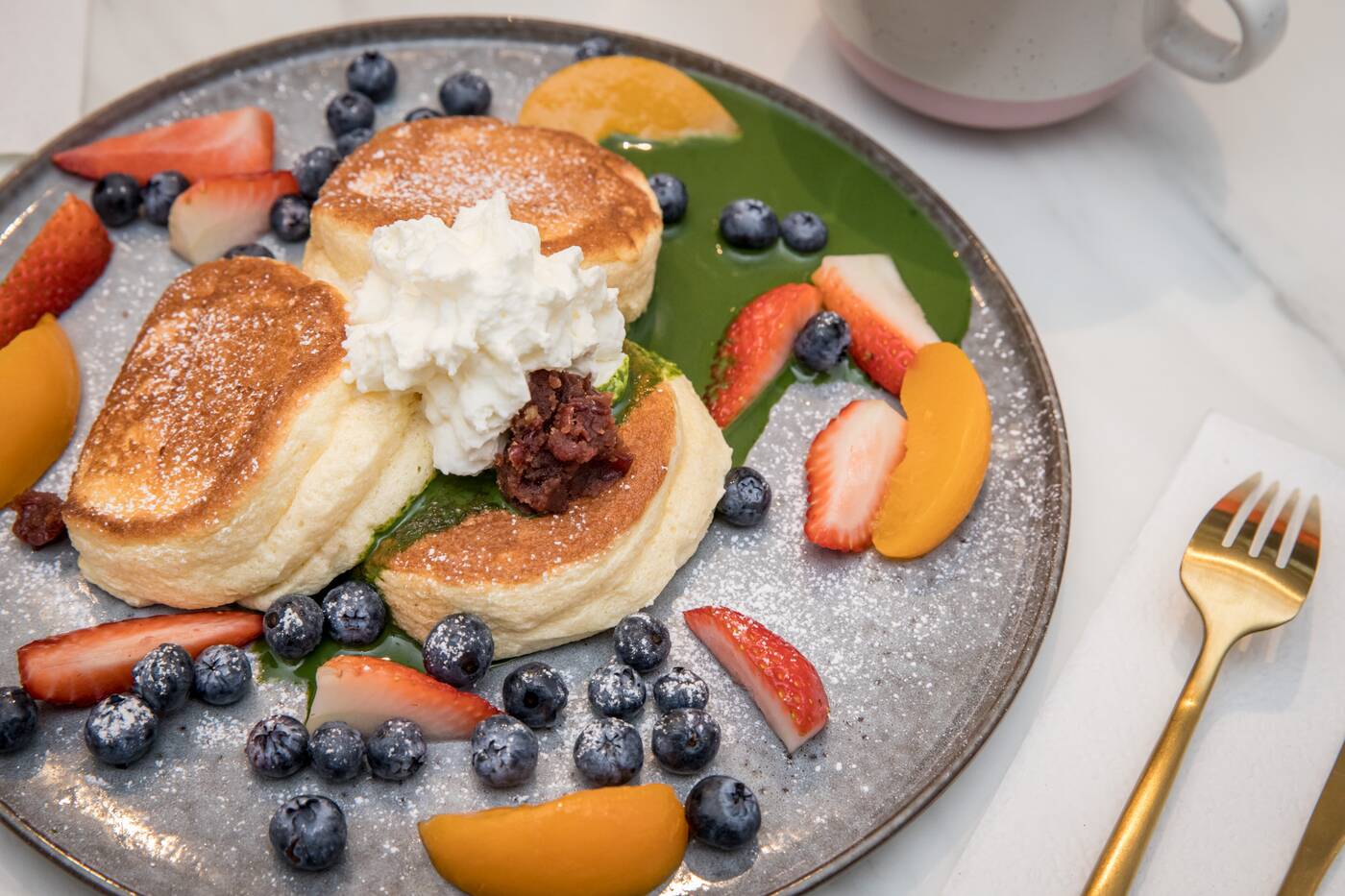 The it girl of the pancake world right now is fluffy, jiggly Japanese soufflé pancakes, which can be found at many spots including Hanabusa in Kensington Market. Get them in matcha or chocolate varieties, or in a savoury style with bacon and a fried egg. 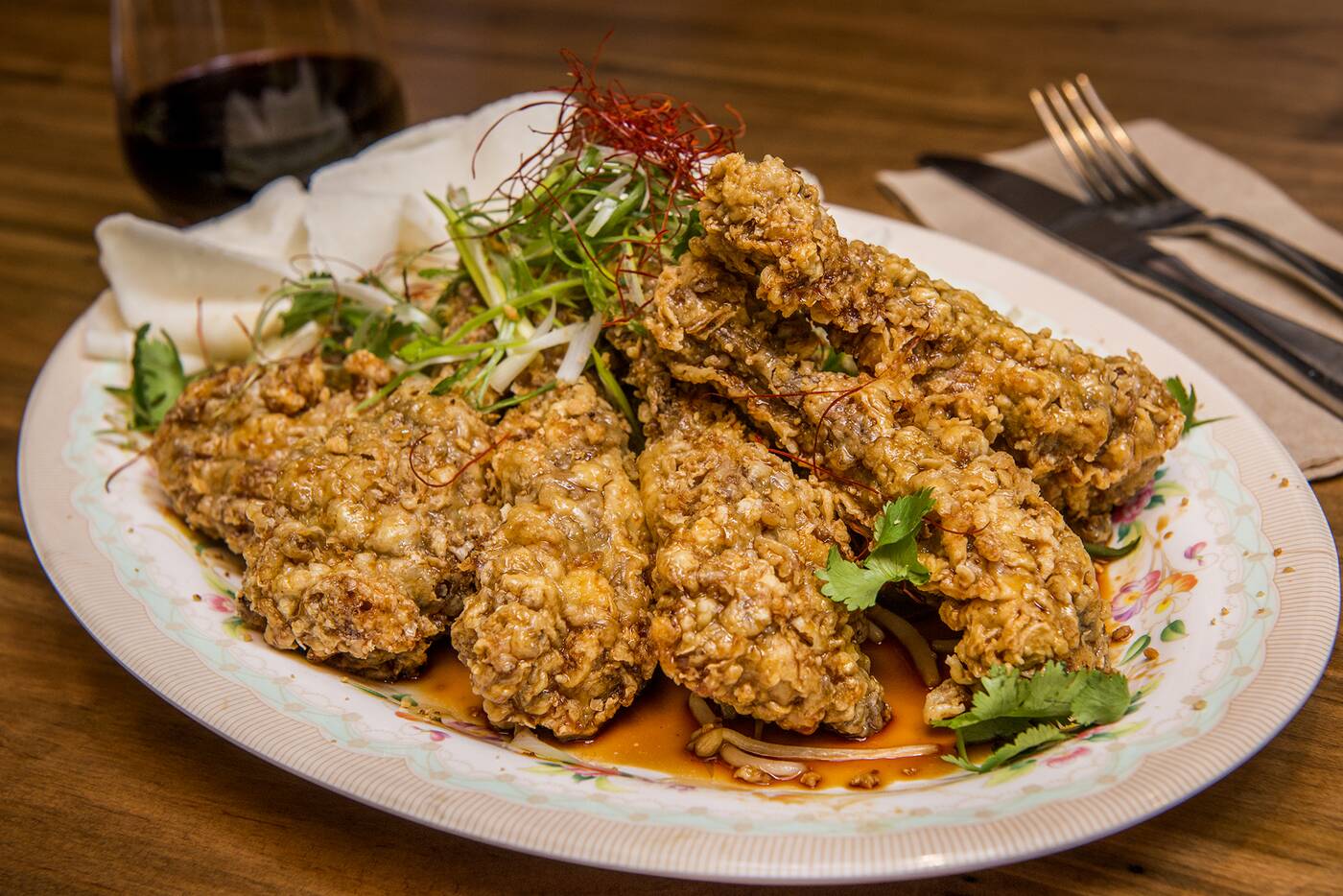 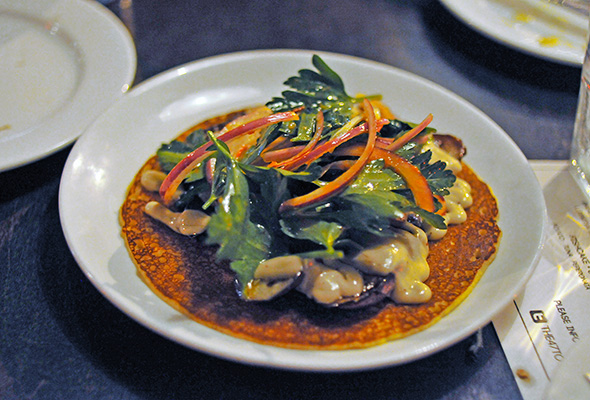 The 47 in Bloordale quietly pumps out some of the coolest Greek food in the city, like their chickpea flour socca crepes with various regularly changing toppings. They’re nutty, thin and an excellent canvas for the kitchen’s relentless creativity. 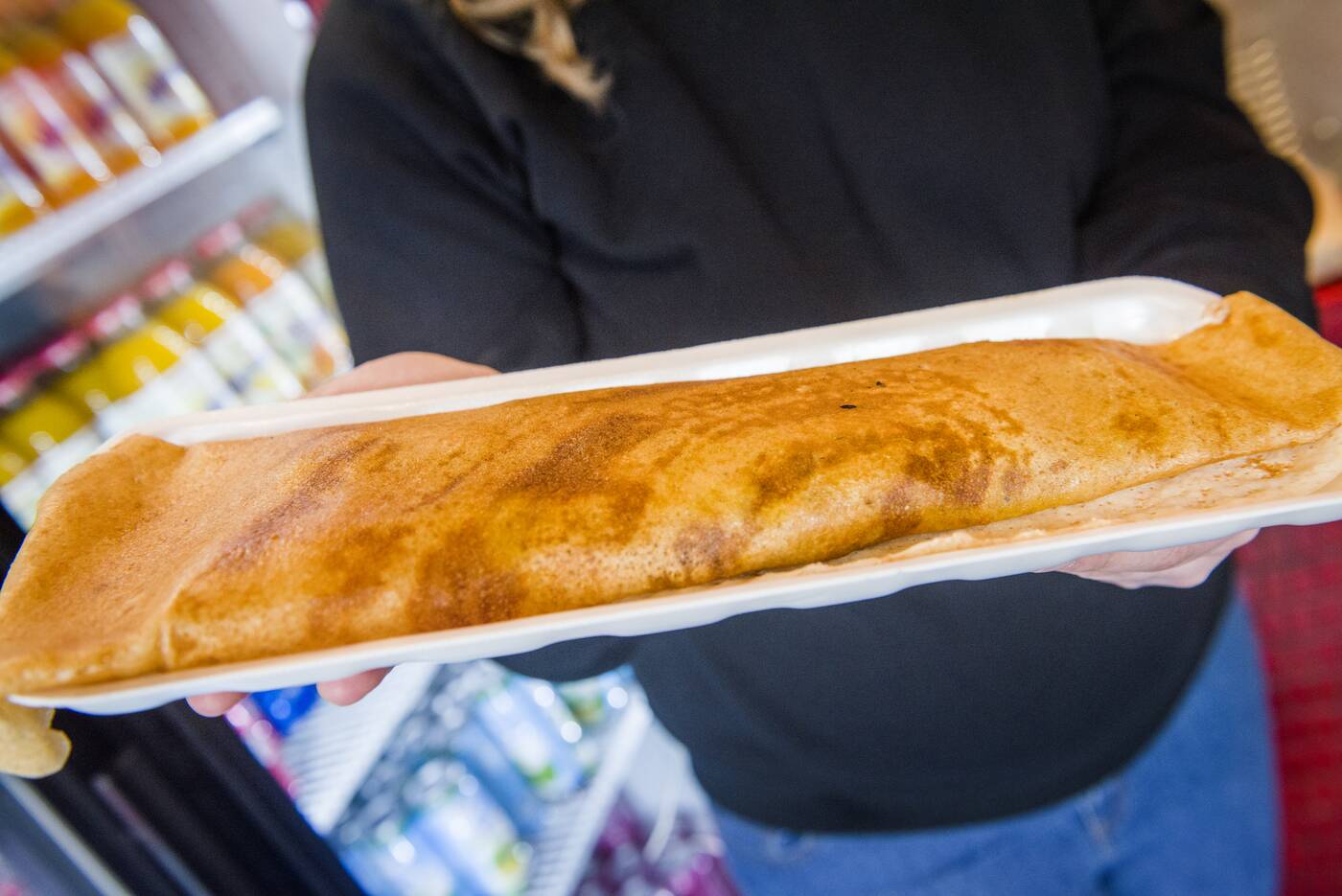 Humongous, crispy, buttery dosa are sold for cheap at Scarborough takeout institution Babu. They also have a location in Markham.

Over a half dozen kinds of these veggie pancakes (including pineapple) are available at Udupi Palace in Little India. Served with sambhar and chutney by default, they can also be made to suit Jain and gluten-free diets.

Seafood brunch in #Toronto doesn't get much fresher than this https://t.co/kv7w6iZa82 pic.twitter.com/6NsgYUszL1

It might surprise some to find out that some great okonomiyaki is being served not at a strictly Japanese restaurant, but at fish shop Honest Weight in the Junction. It’s still textbook though, with heavy sauce drizzling and thinly shaved bonito that hypnotically dances atop the pancake. 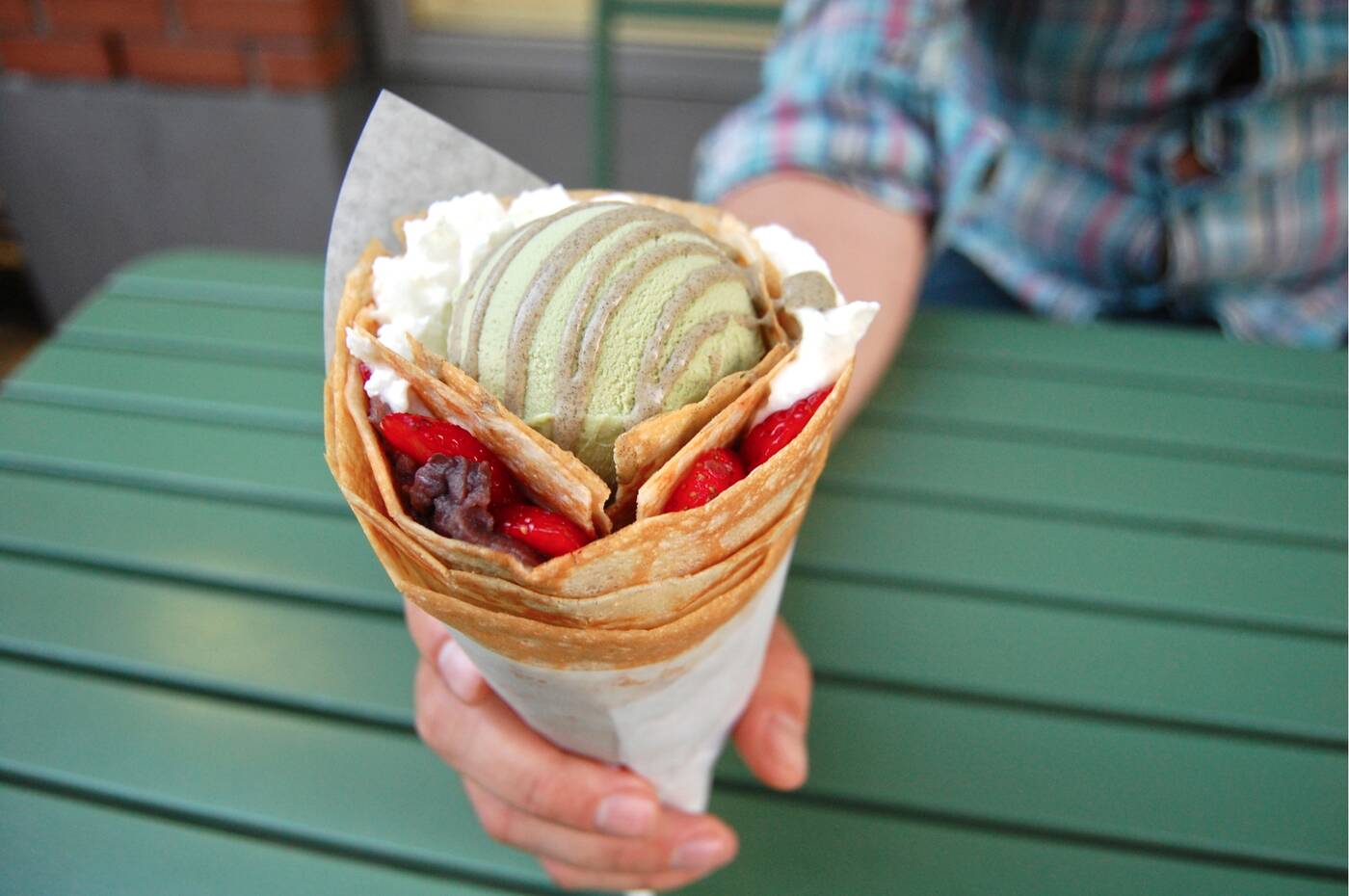 Kensington Market is home to Millie Creperie, where they make slightly crispier, sweeter crepes with raw fillings stuffed inside.