Borrel is a quaint Dutch snack bar that truly emulates the specialties of the Netherlands, including bitterballen and poffertjes.

Borrel began as a pop-up series run by husband and wife team Alison Broverman and Justin Go, and this is now its brick-and-mortar residence. 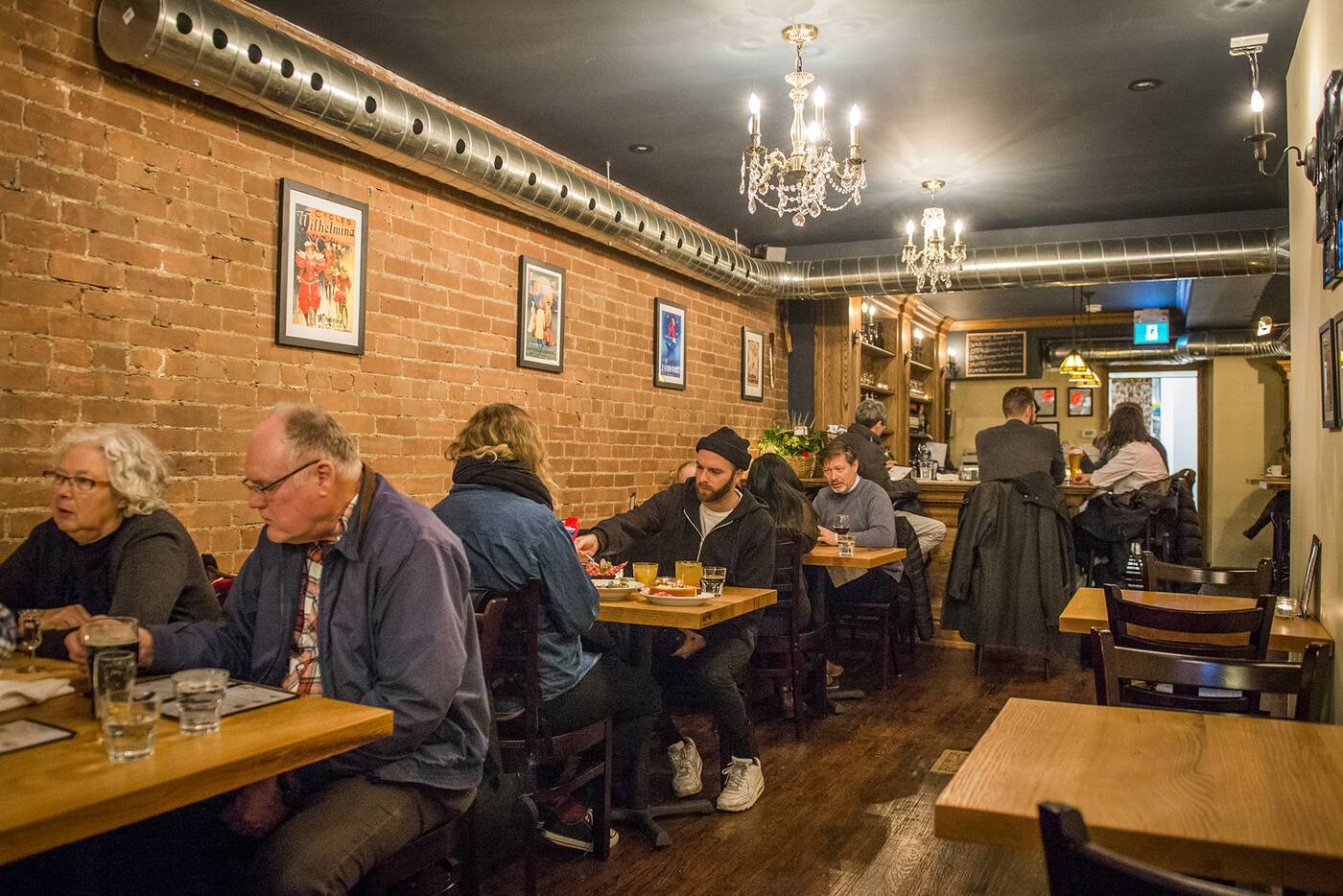 The spot is cozy, full of wood, brick and kitschy light fixtures in such a way that you feel like you might have stumbled into an tavern in the Alps. 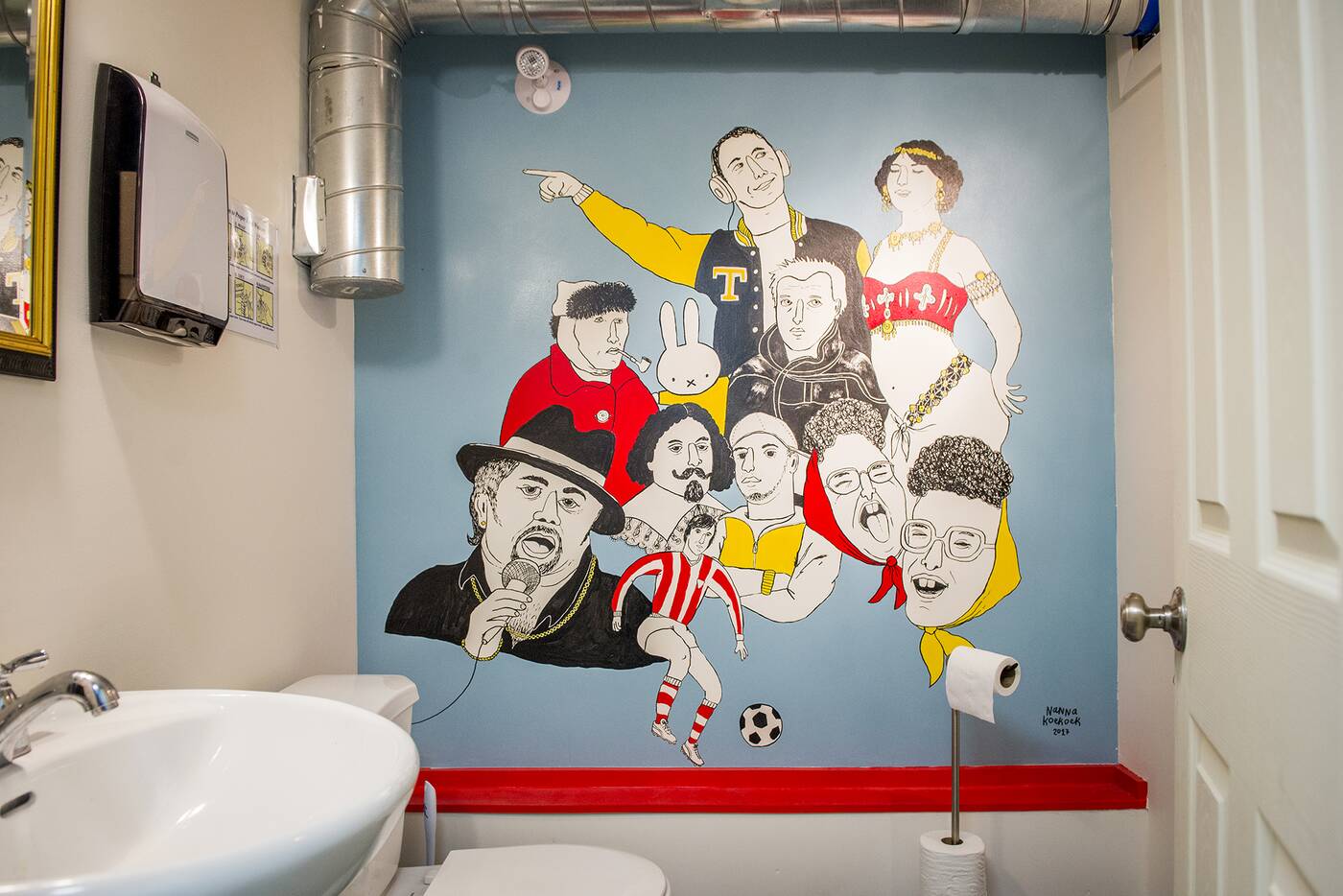 Artist friend Nanna Koekoek is responsible not only for Borrel’s menu and website design but for fun bathroom murals depicting famous figures from the Netherlands, as well as wooden floor tiles with Dutch sayings. 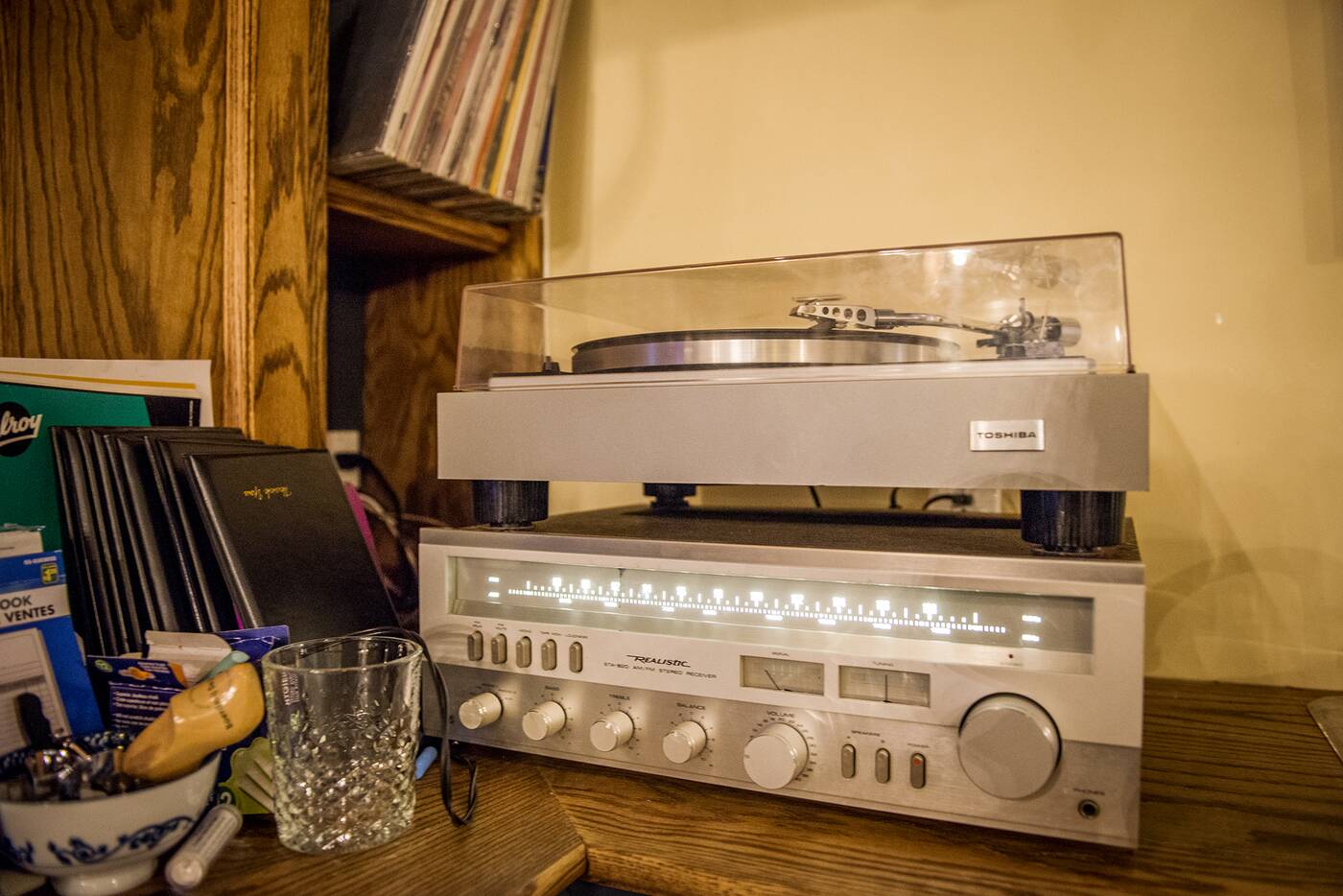 A record player in the corner supplies warm analog music for ambience. 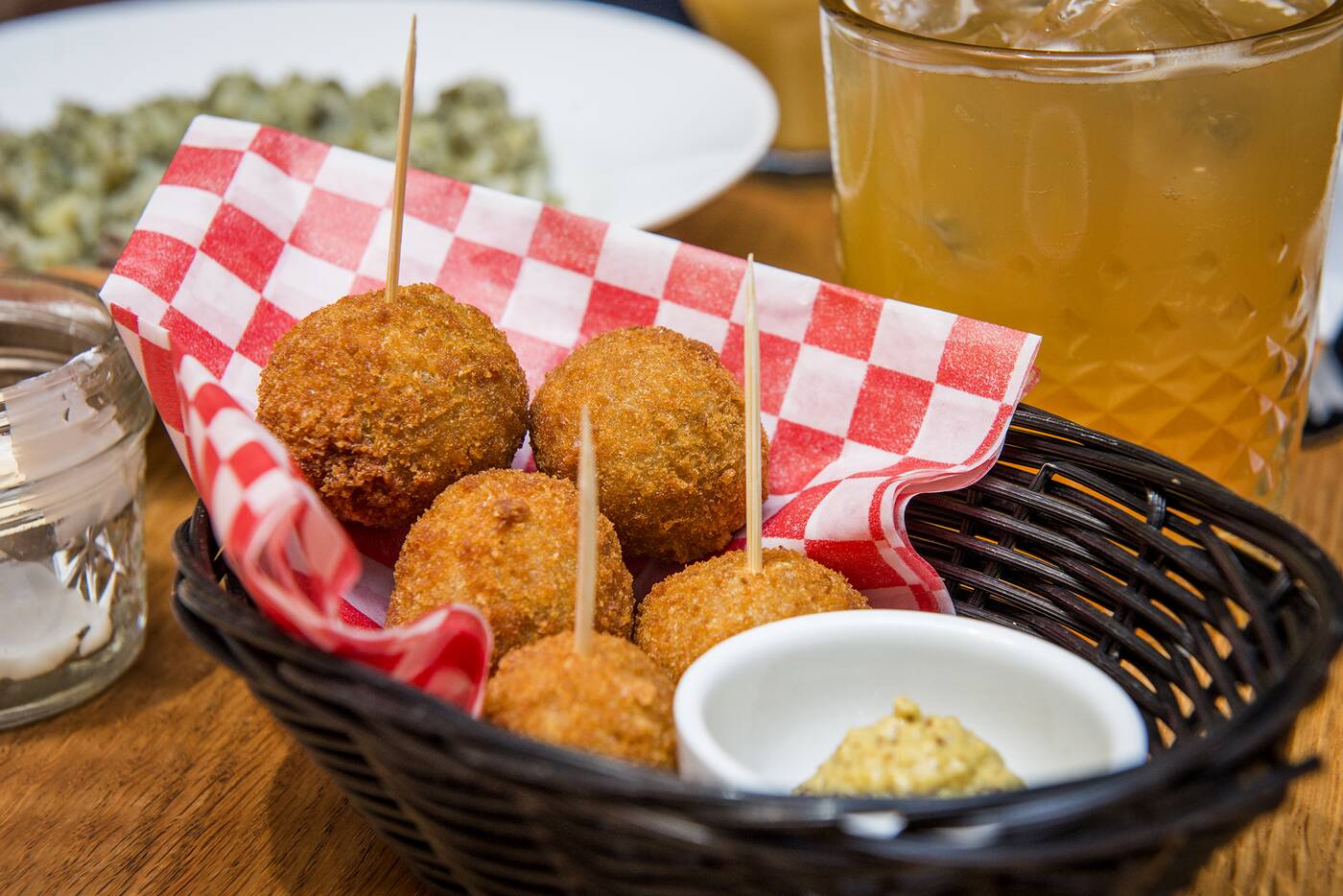 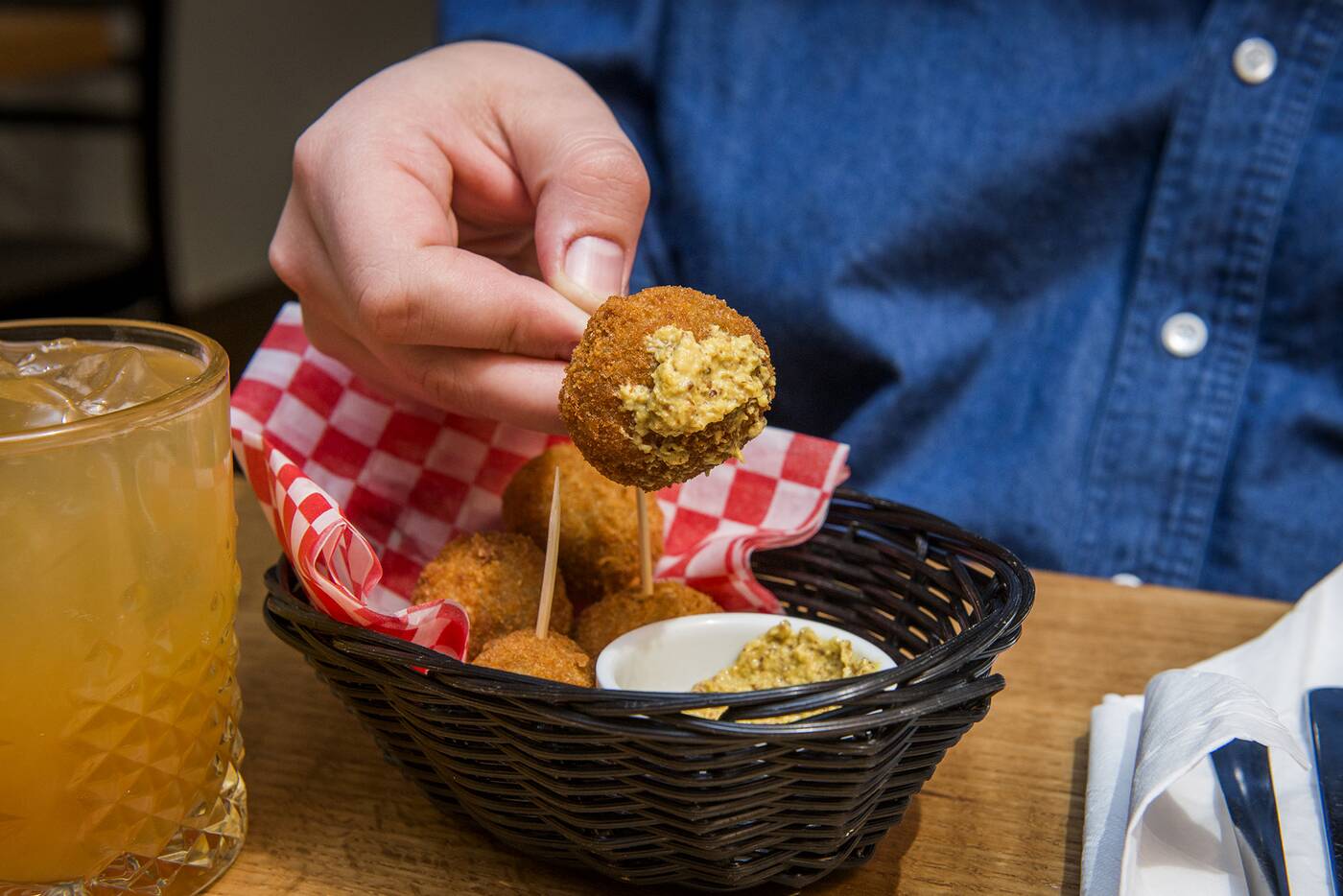 Not only do they have the classic versions filled with a simple mixture of beef, herbs, onion and roux, they do a veggie version with broccoli and mushroom as well. They’ve been known to do pulled pork and Reuben variations for their pop-ups, so watch out for other types. 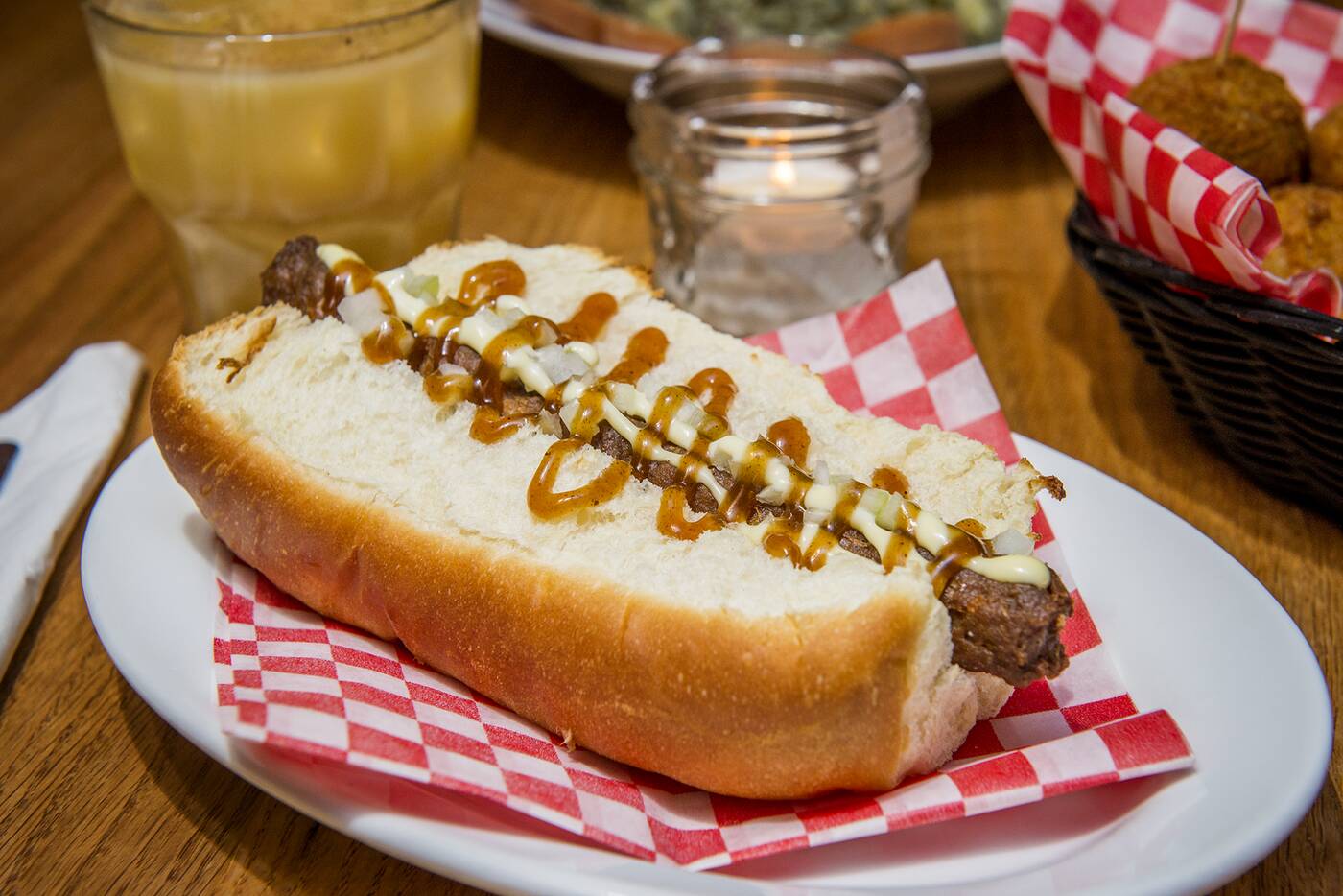 Frikandel speciaal ($7) reads like a pepperette or somewhat overboiled hot dog stuffed into maybe an overly bready OMG Baked Goodness bun, but there’s much more to this sausage made of beef, pork and chicken.

Onions and mayonnaise set off the chewy meat texture in a classic fashion, but curry ketchup adds the needed hit of moisture and flavour. 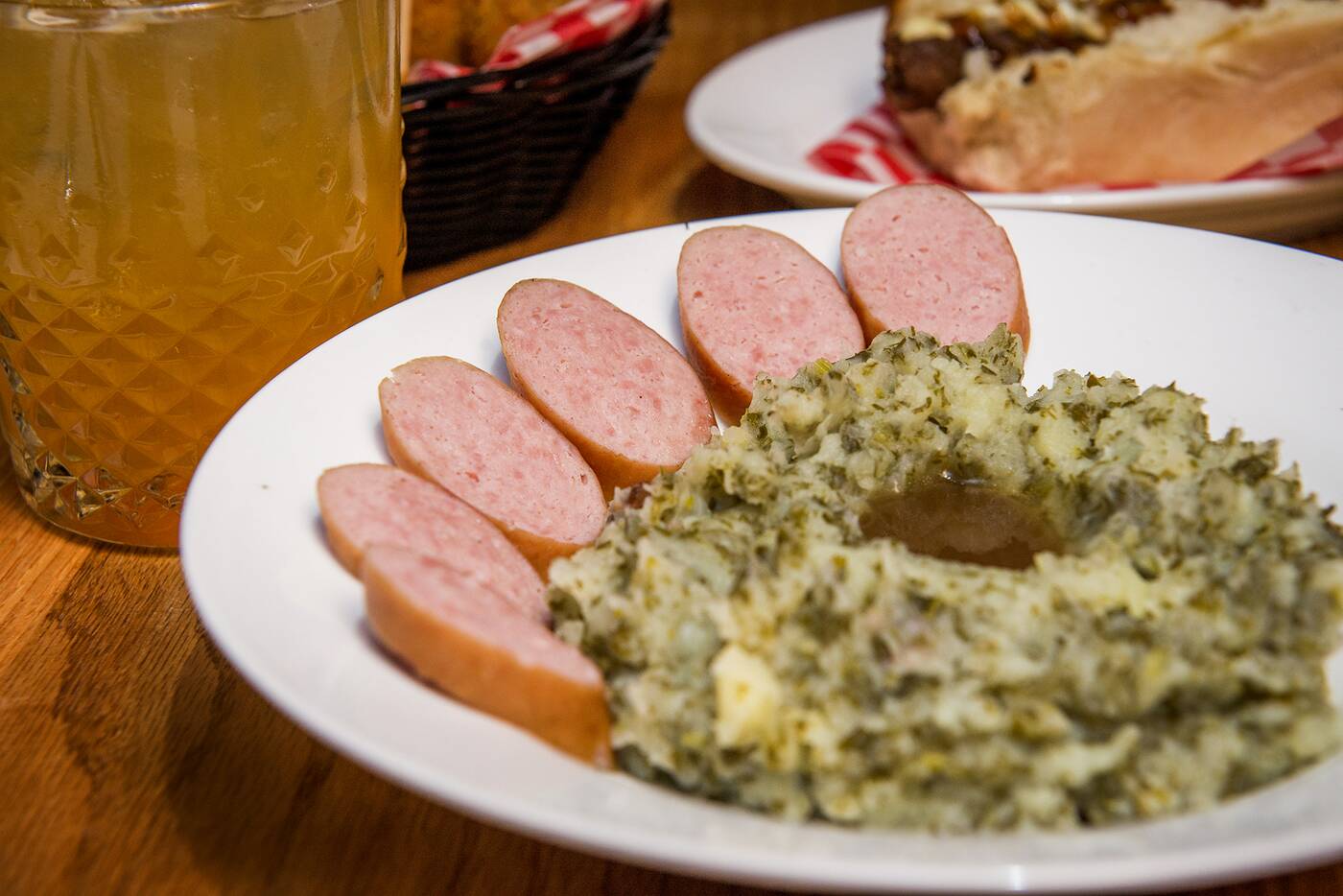 Boerenkool ($10) is a downhome mash of stewed kale and potato studded through with fatty, salty lardons that provide adult relief from an almost babyish soft texture. This is also helped out greatly by gravy and slices of Dutch smoked sausage. 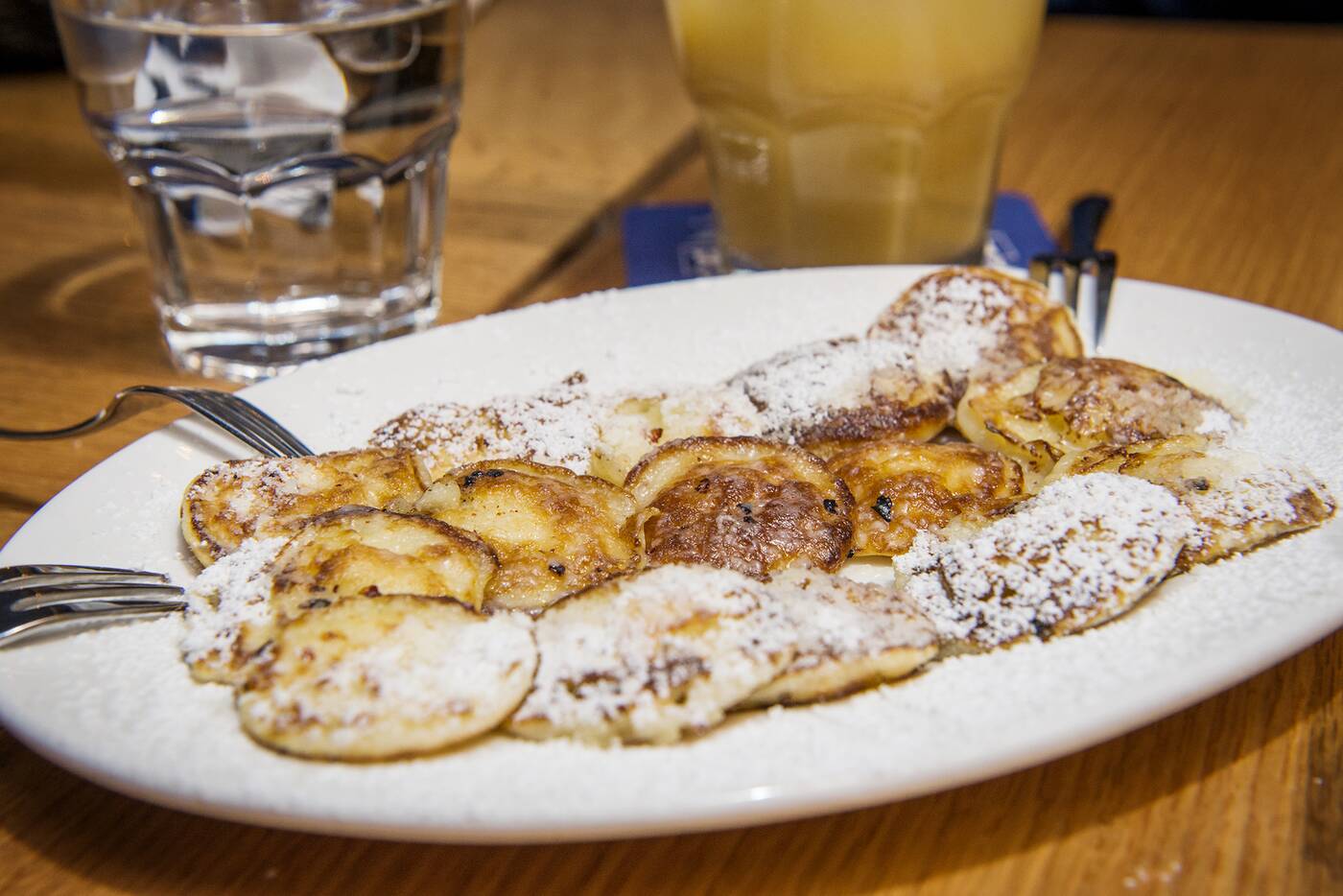 Poffertjes ($6) are a ubiquitous Dutch street snack of warm mini pancakes served with a generous swipe of butter that melts nearly instantly and a heavy dusting of powdered sugar. 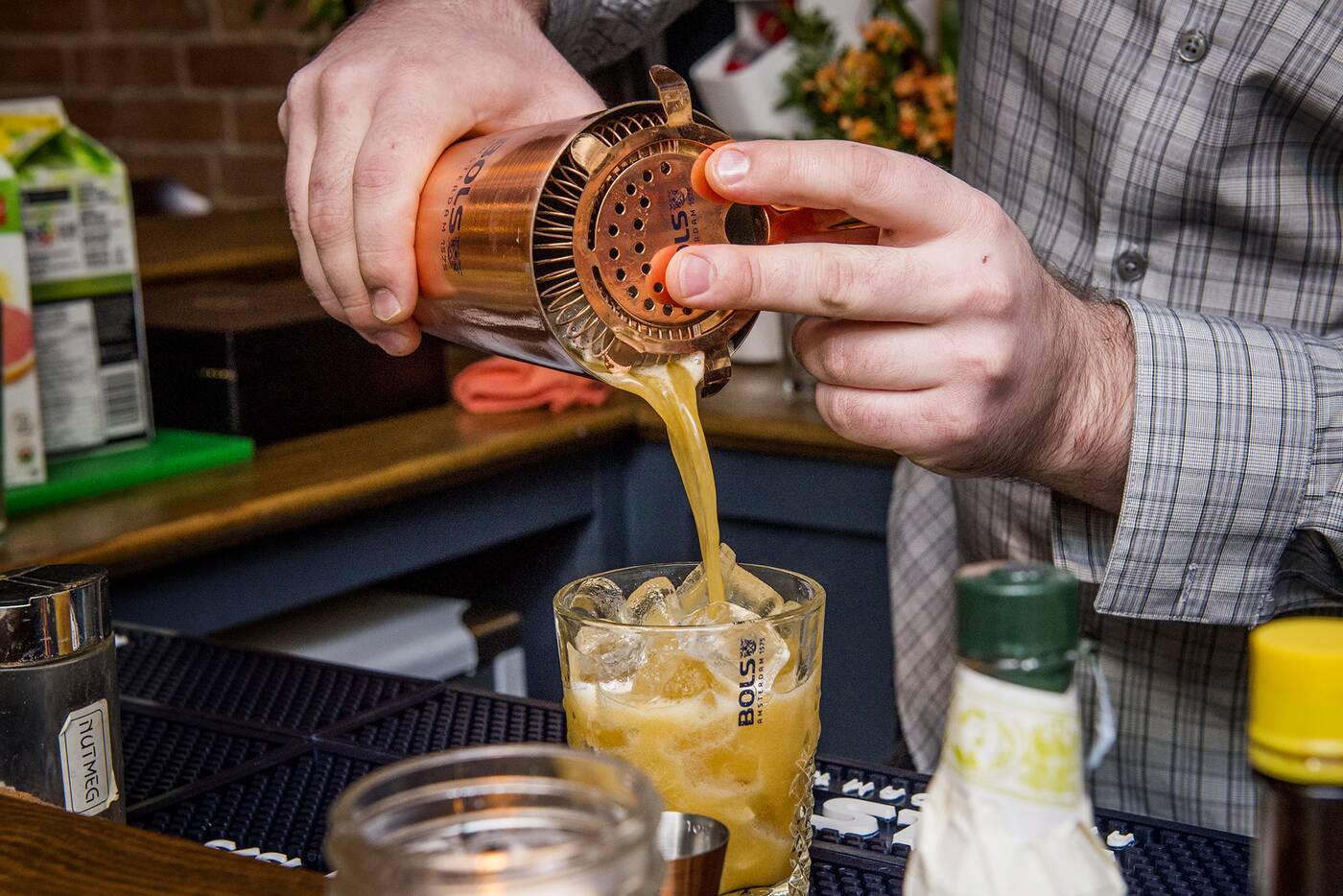 The Orange Bike ($14) is a good step up from a radler or lateral move from a negroni or Aperol spritz. 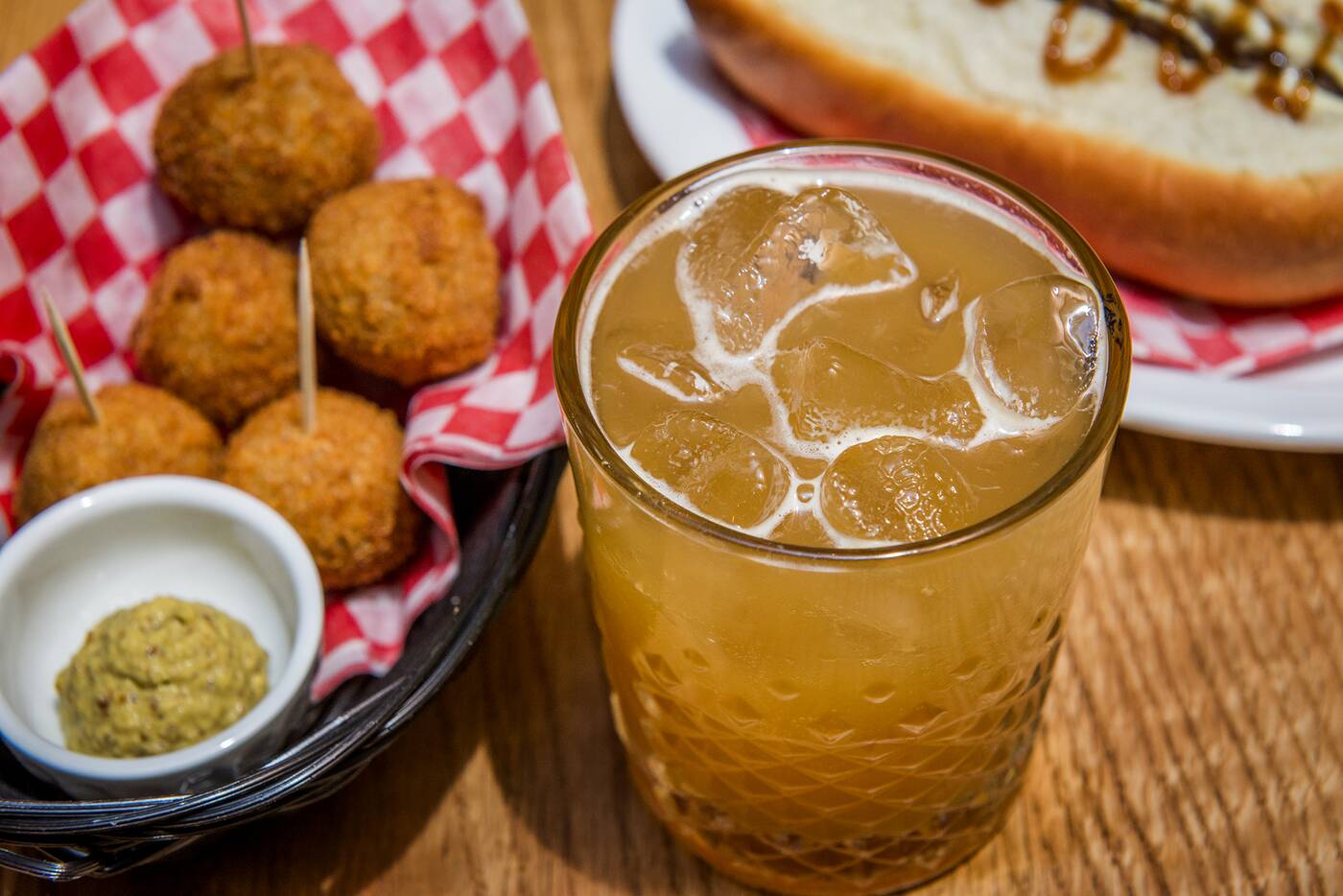 It’s a combination of Ketel One (the only Dutch vodka), sweet vermouth, grapefruit and orange juice and soda. 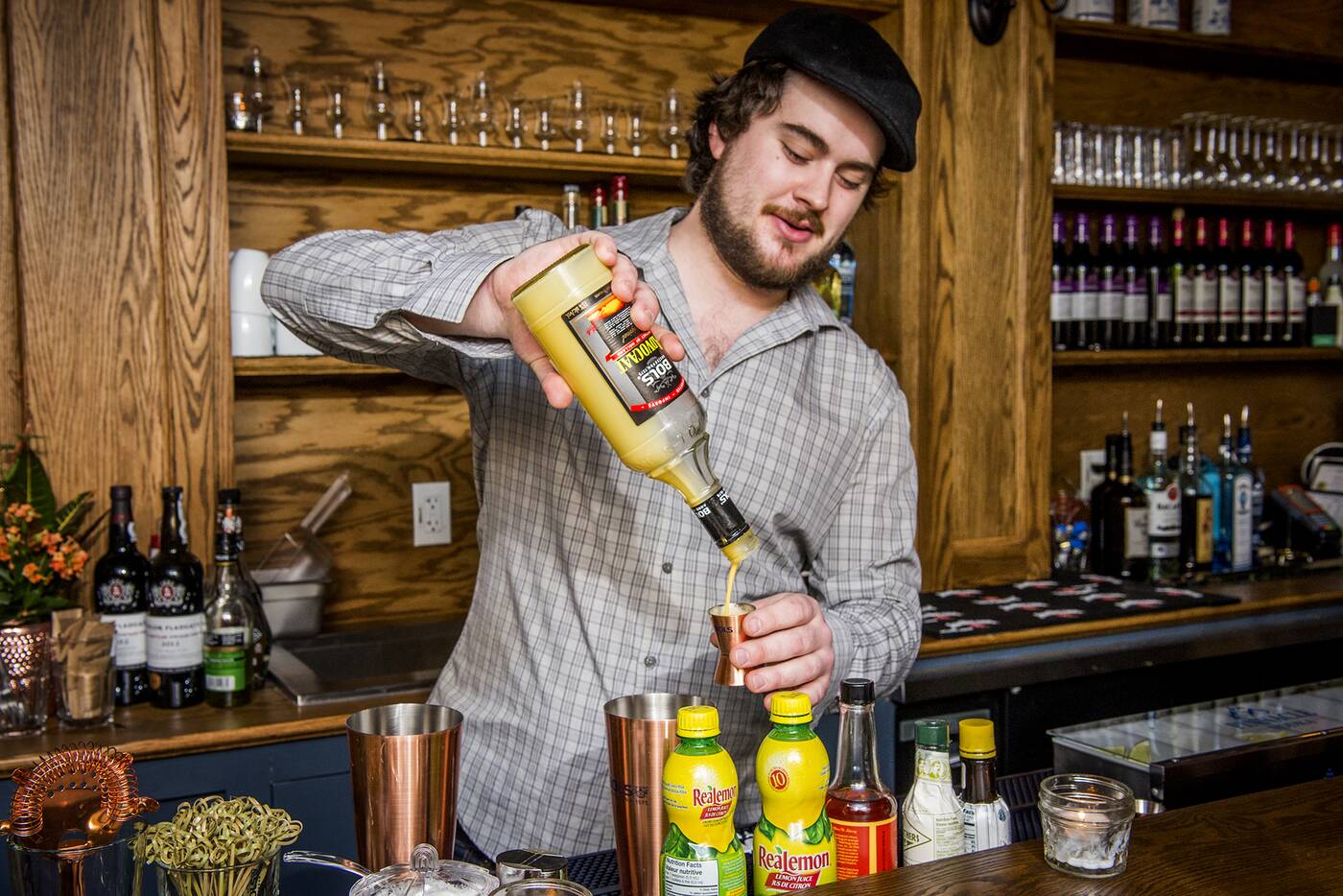 Christmas in Curacao ($12) is kind of like a Dutch take on eggnog. It’s made with Bols Advocaat, which you might only recognize from The Shining. 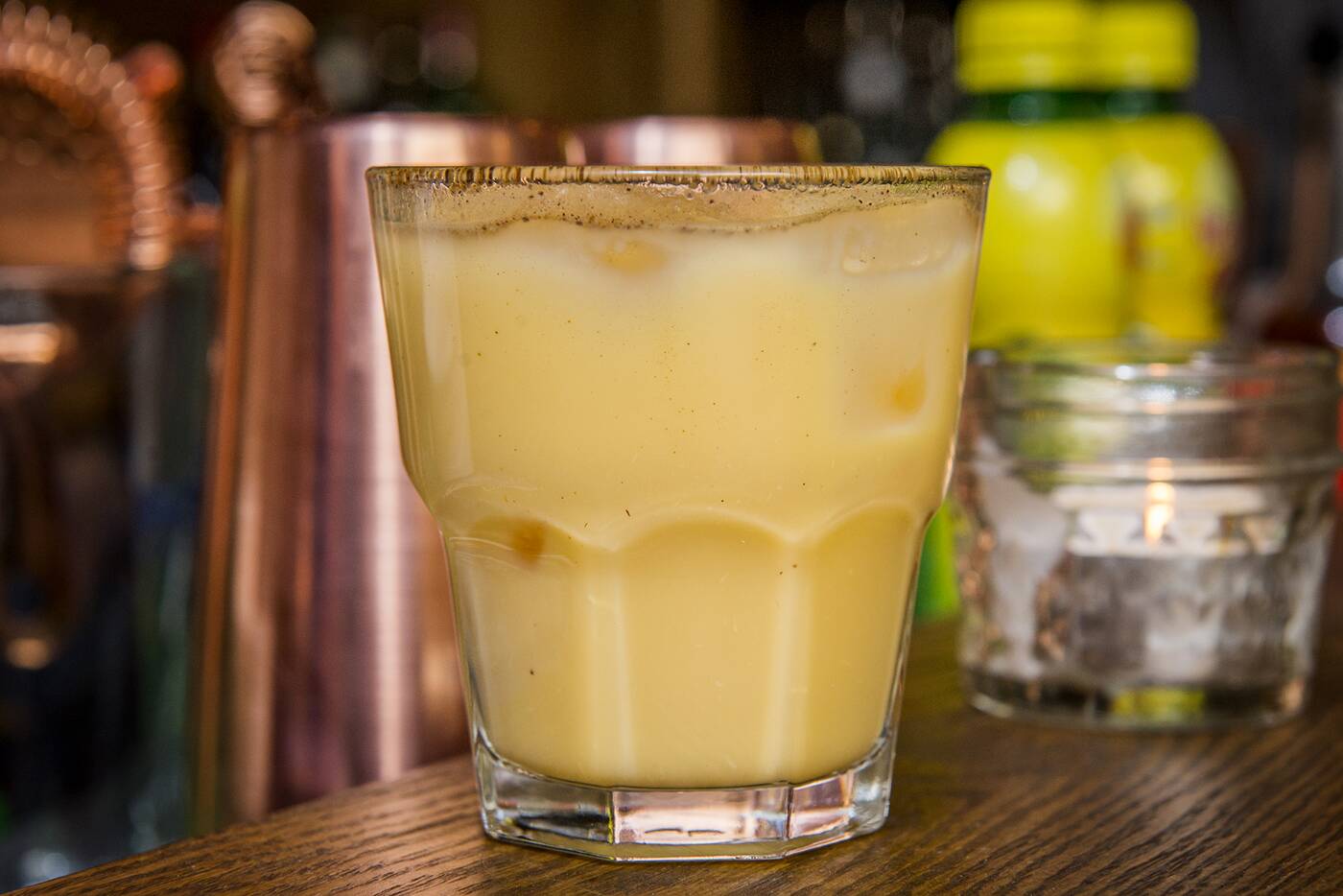 Other than that, it’s just Grand Marnier, creme de cacao, Caribbean rum and a sprinkling of nutmeg to complete the boozy, warming cocktail. 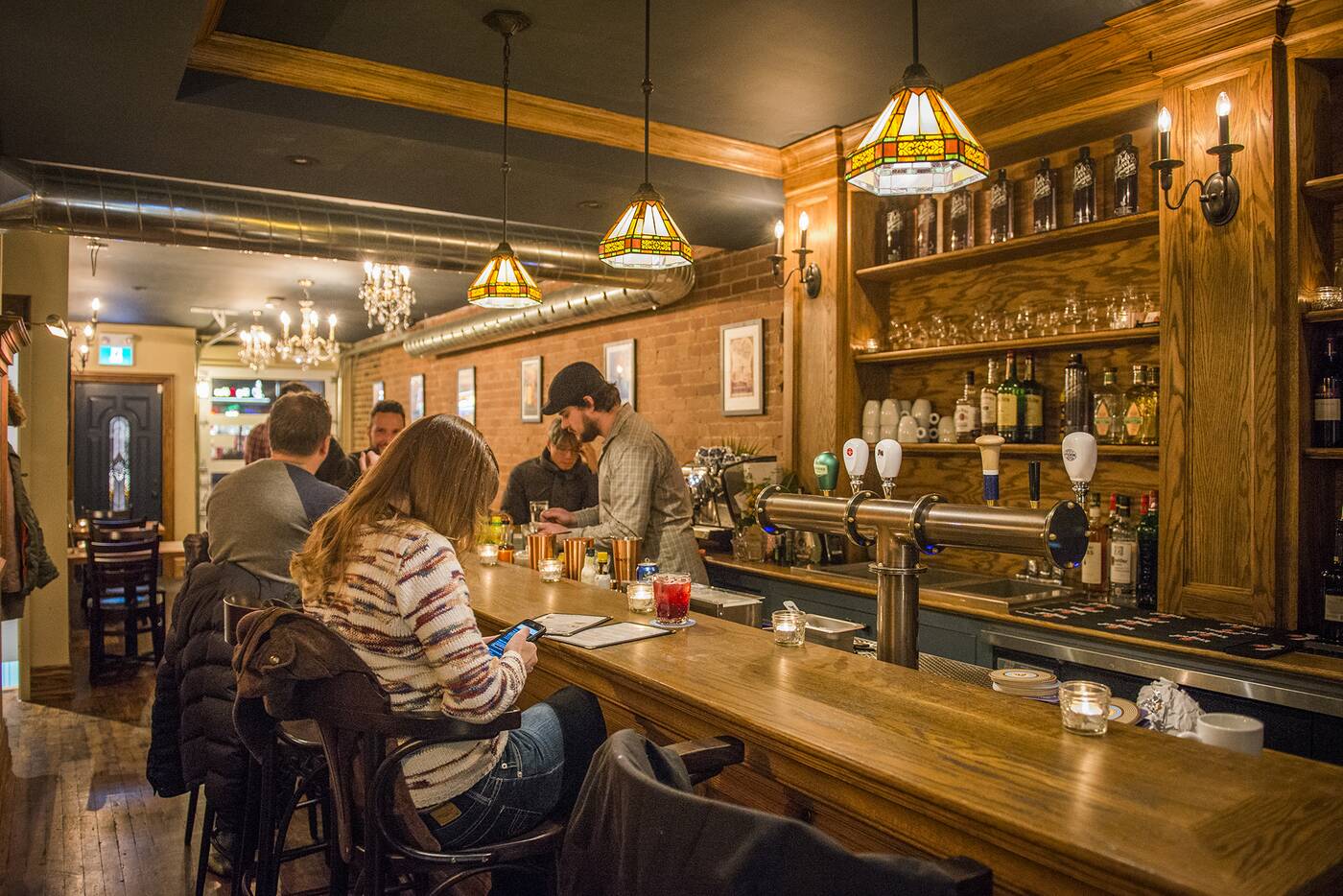 Borrel is a true expression of the Dutch concept of “gezellig” which has no direct translation in English, referring to a general atmosphere of fun, friendship, and coziness. 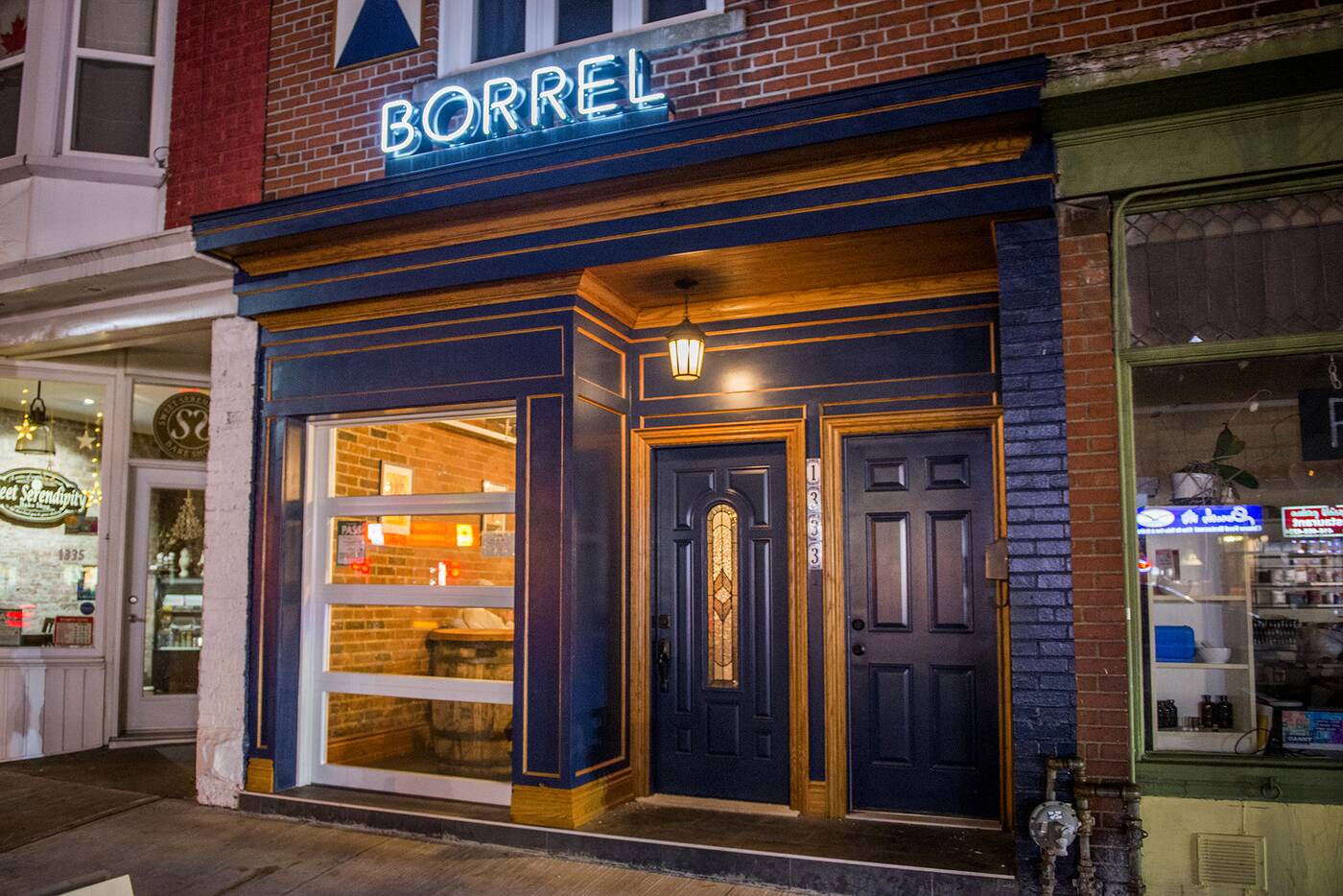