11 things to eat at the St. Lawrence Market

The historic St. Lawrence Market isn't just one of the most famous markets in Toronto; it's among the best in the world. Both tourists and locals will agree that it's a worthy dining destination, and while the array of raw and seasonal ingredients for sale is impressive, there's so many tempting things to eat on the spot that the only dilemma is where to start.

Here are my picks of what to eat at St. Lawrence Market.

Veal Sandwiches
Uno Mustachio makes one of the city's best veal sandwiches ($7.85) best had with a few slices of fried eggplant ($8.85) slathered with tomato sauce and loaded with complimentary sweet or hot peppers, onions and mushrooms. Via @robgentilebuca 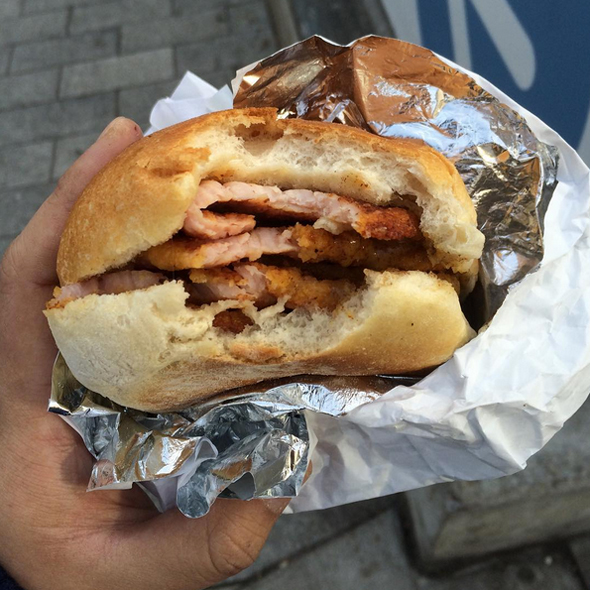 Bacon Sandwiches
Carousel Bakery's peameal bacon on a soft bun ($6.45) is obviously the most iconic sandwich in town and first timers should consider it an obligation to eat. Those that have been there and done that might want to give Carnicero's a chance; their crispy skinned, roasted side bacon is a seductive sight and they'll carve it to order then pile it onto a bun for $8. 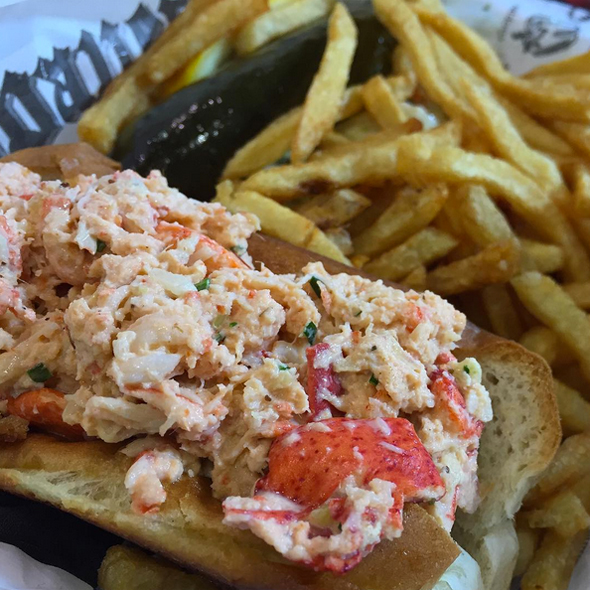 Lobster Rolls
The chaotic ritual of lining up at Buster's Sea Cove and then waiting for your order is worth all the commotion. The sandwich is on-point featuring barely dress lobster salad nestled into a buttery split-top bun. Via @jachiu0722 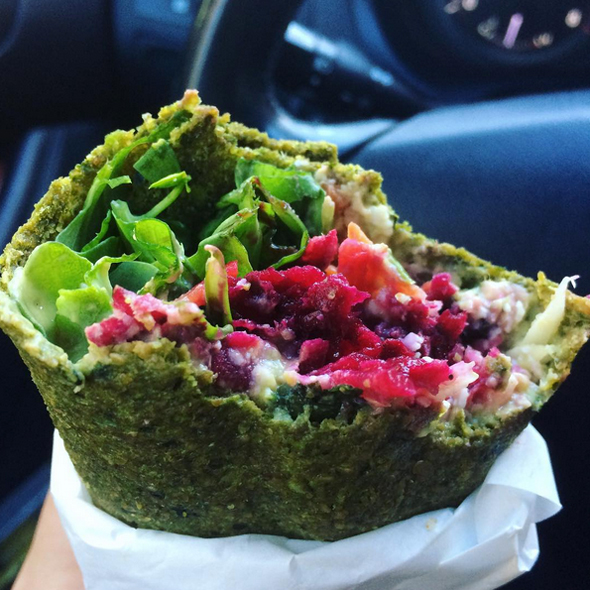 Green Wraps
While it's true that most of the market is one big sausage fest, non-meating folk are not forgotten. Cruda Cafe deals in raw vegan foods including wraps loaded with vegan pate, avocado, sprouts and seasonal veg. Via @thehealthalchemist 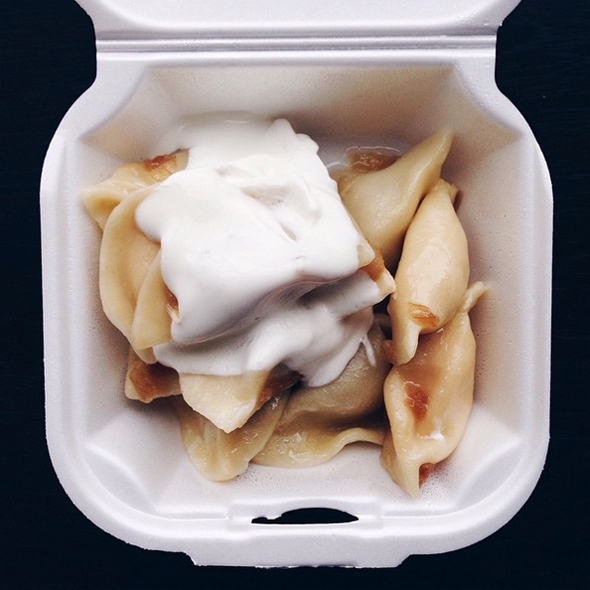 Pierogi
European Delight is well-stocked with cheap eats, but if you're grazing your way from stall to stall, try the pierogi sold by the dozen for $4. Via @chuonthisblog 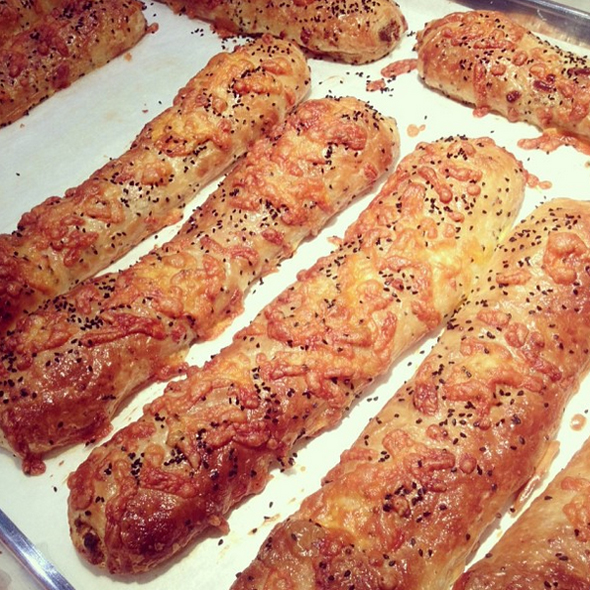 Mustard Sticks
Rather than hovering over the free pretzel sticks and mustard samples, round the corner at Kozlik's to find puffy baked breadsticks smothered in cheese and mustard. Sold for $4 each or three for $10. Via @kozliksmustard 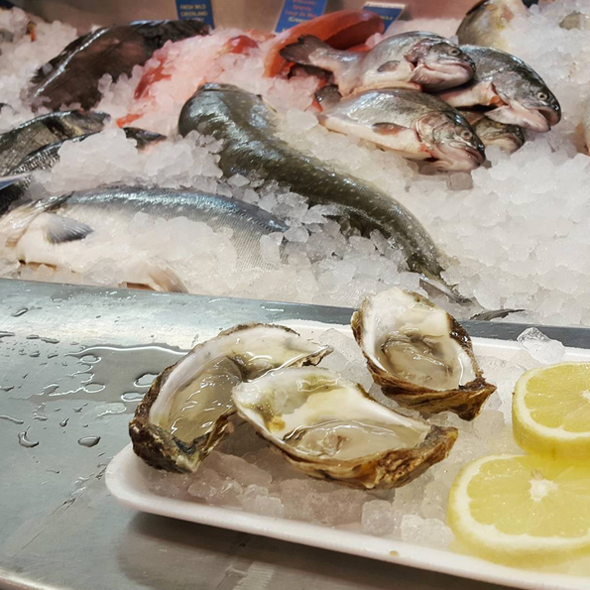 Oysters
If all the seafood is making you drool, shell out for a few just shucked oysters at Domenic's Fish Market for an instant fix. Via @veryevey 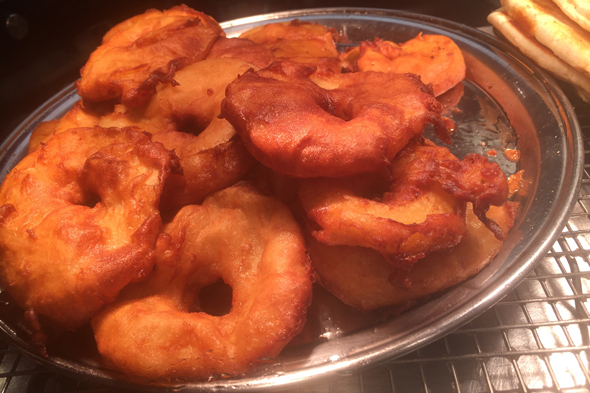 Apple Fritters
When grazing your way from vendor to vendor, stop by Yianni's Kitchen for rounds of battered and deep fried apples sprinkled with cinnamon sugar. Priced at just 60 cents each. 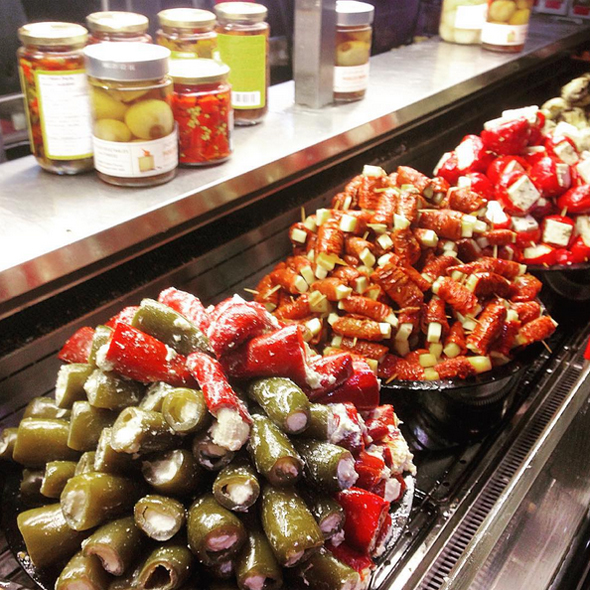 Cheese-Stuffed Hot Peppers
Among the varied assortment of bulk olives, pickles and dips available at Scheffler's Deli, the cheese stuffed peppers are a personal fave. Occasionally you'll get one that packs some serious heat, but more often they're quite mild and balanced by the creamy, salty cheese stuffed inside. Via @angelaxxu 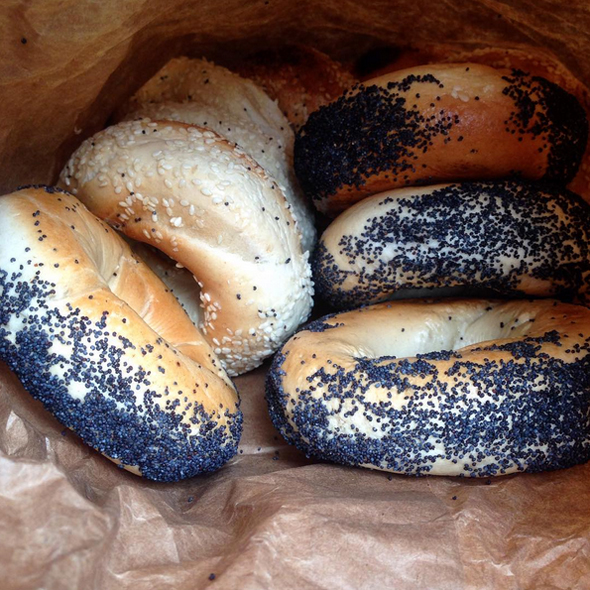 Bagels
If you're looking for a fresh, chewy, wood fired bagels between Spadina and The Beach(es) then St. Urbain at St. Lawrence Market is the place to go. Go early to get them warm. Via @dreasfooddiary 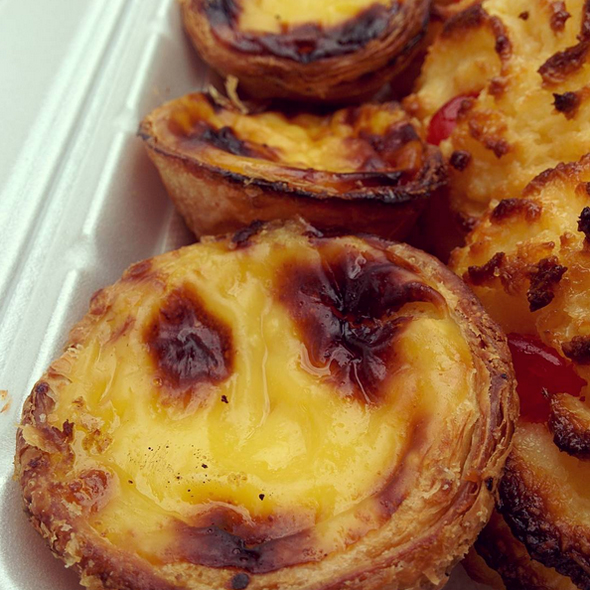 Share your favourite things to eat at St. Lawrence Market in the comments section.