Iconic burger joint in TTC streetcar being sent to scrap

A little piece of Toronto transit and cottage country road trip history is about to be disappear. Super Burger on Highway 10 near Shelburne will be scrapping its antique TTC streetcar dining room next month in favour of a modern new building.

Super Burger owner James Nicolaou bought the streetcar for $1,000 at a TTC auction in 1990. Built in the 1940s and originally numbered 4341, the vehicle was withdrawn from service in Toronto during the late 80s when the arrival of new streetcars made it obsolete.

"It took a lot more money to bring it up here. We had to have a flatbed trailer and a long extension cord," Nicolaou says. 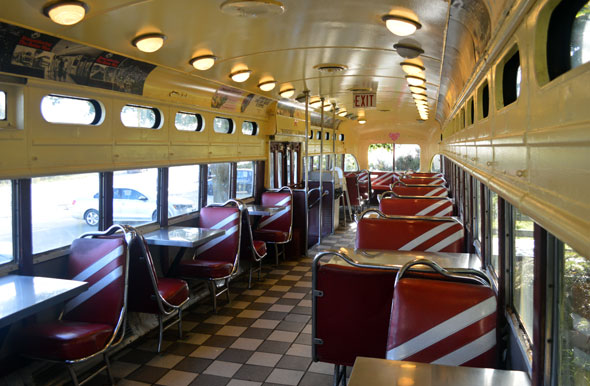 In total, the owner of the Super Burger business says he spent about $50,000 converting the streetcar's wiring, turning around every second seat, installing tables, and hooking up heating, cooling, and a small walkway to the main Super Burger building, which opened in 1980.

"When I brought it up here I thought I would have it for about 5 years," he says. "Well, almost 25 years it's been here."

Nicolaou rented out the business for much of the 1990s and 2000s, during which time at least two people got married inside its tight confines, according to one of the cooks. It was also during this period that the elements began to badly corrode the metal exterior. 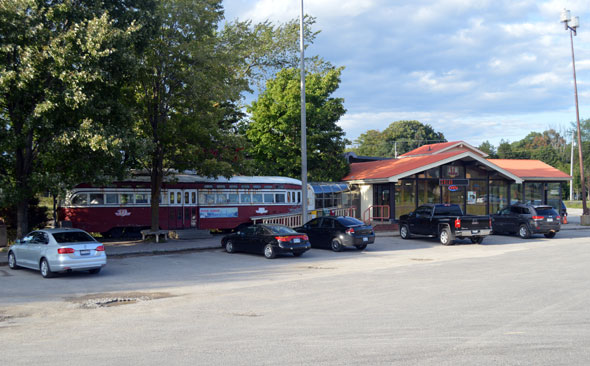 Fixing it up would be cost prohibitive, and Nicolaou believes it's time to let go. By the end of the year, he hopes to move Super Burger to a new building on the same site, minus its most famous asset.

"It's outlived it's usefulness and it's all rusted up" he says. "It's come to the end of its road ... I'll be glad to get rid of it at the present time. It's an eyesore now."