How to make a cocktail: The Mayfair

"Quickly, while it's still laughing at you". Legendary bartender Harry Craddock was once asked what was the best way to drink a cocktail. His reply was characteristically snappy. We've already covered something of the history of the Savoy's famous American Bar, through Ada Coleman, whose job Craddock apparently snatched away with a touch of subterfuge. This isn't to say that he wasn't deserving of the coveted Head Bartender job, as the indelible mark he left upon the London bar scene saw his fame rise so high as to cast his likeness in wax at Madame Tussaud's.

More significantly for us today, however, is his influence in the publishing of the Savoy Cocktail Book, often lauded as the most important cocktail book of the twentieth century (you can buy reprints just about anywhere), and no great back bar seems to be without one. 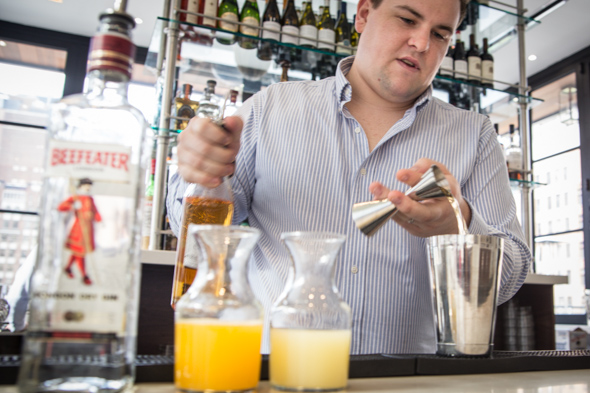 Craddock was already something of a well-established bartender in New York's bustling scene before the Volsteadt Act prompted him to pack his suitcase, and look further afield in search of a place to ply his trade. Co-founding the UK Bartenders Guild, he was instrumental in training bartenders to make drinks that embodied the American modernist way. 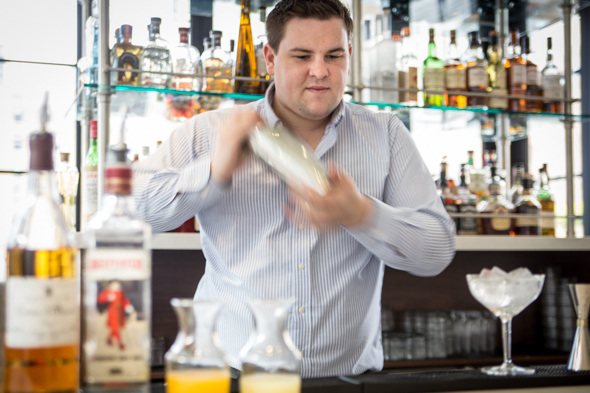 Cut to today, with Irish native Shane Mulvany crossing the pond in the other direction. Shane was slinging drinks in some of London's best known bars, before heading west to join the cocktail renaissance here in Toronto. With his approach reflective of the Craddock method of bartending, Shane's cocktails generally disregard the current trend for elaborate ingredients, focusing on simple and elegant drinks that have won him national acclaim, including bringing home this year's Angostura cocktail title (and representing Canada in Trinidad this February) as well as winning the inaugural Hogtown Shakedown competition. We stopped by The Chase where Shane was happy to share one of his drinks. 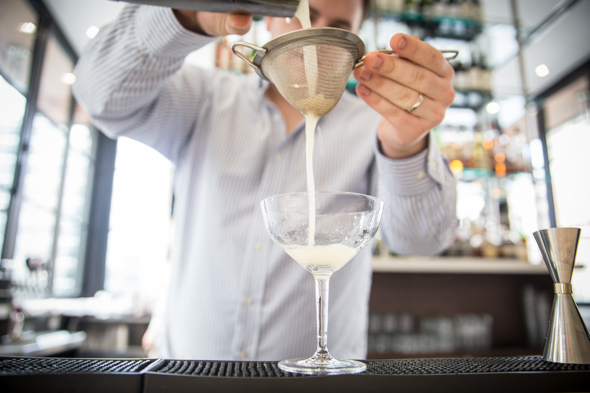 Adapting the recipe from The Savoy Cocktail book, Shane starts by pouring Beefeater gin, Briotett apricot liqueur (these liqueurs have been prized across Europe for a number of years, but have only recently found their way into bars on this side of the pond), fresh orange juice, clove syrup, and lemon juice into an ice filled shaker. It is shaken vigorously before being double strained into a coupe glass and garnished with an orange twist. The end result has all the warm rich flavours of winter with a bright and refreshing acidity - a great holiday aperitif! 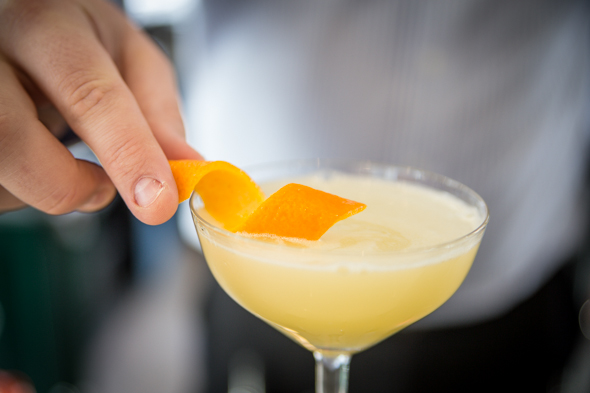 Clove Syrup
Â¼ cup of cloves
1 cup of sugar
Â½ cup of water
Mix all ingredients over medium heat until sugar is disovled
steep cloves to taste and strain.

Mix all ingredients in a shaker, shake and double strain. Serve in a couple glass with an orange peel garnish. 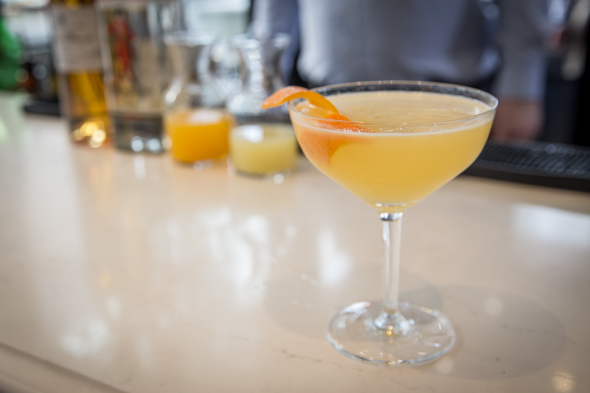