Sitting prettily, if a little anonymously, a few blocks west of Times Square Mall in Richmond Hill is a nondescript '90s plaza arranged in a somewhat rectangular shape. Though most locals just awkwardly call it "the plaza where Jim Chai Kee/Wasabi is located," its formal name is actually Jubilee Square. It's essentially a collection of small-to-medium Asian restaurants (the one exception being a rather forlorn-looking Subway shop in the middle of the plaza) and a few other retailers concentrated in a cavernous-looking strip mall.

Despite this seemingly bleak landscape, the plaza is actually host to a number of places worth checking out. It has some absolute stalwarts of Asian cuisine that are almost considered culinary landmarks by locals. So without further ado, here are my personal list of places that you should visit (and mostly eat at) in Jubilee Square. 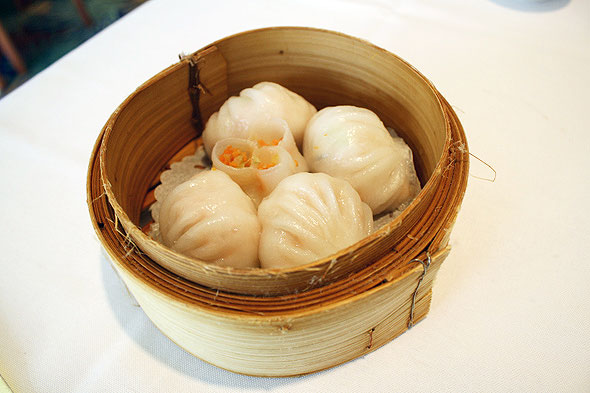 Ambassador Chinese Cuisine
Nothing typifies the word 'landmark' in Richmond Hill as much as this long-standing restaurant. A favourite place for eating dim sum, hosting wedding banquets, as well as enjoying some rather upscale Chinese dishes, Ambassador Chinese Cuisine has been serving the area for almost 20 years. Some of its highlights include the always succulent Peking duck, as well as the fragrant and delicious lobster with green onion. Keep in mind that prices are a bit steep and the restaurant can get quite crowded (especially during dim sum hours), but as many locals would agree, the overall quality is a notch above most other places in the region. Definitely not your deep fried chicken balls joint!

Jim Chai Kee
Appearing in so many of my 'best of' lists that one may think I have an ownership stake in the place (I don't), Jim Chai Kee serves up what I feel to be the best shrimp wontons in the GTA. With large round chunks of sweet shrimp dumplings immersed in flavourful broth, it's difficult to beat this place, and its reputation is well-known around the world (they actually have a location in Hong Kong). The place has a streamlined menu (basically permutations of around 3 types of dumplings, 2 types of noodles, and some vegetables), a bare-bones interior, and a lady (a really nice lady, actually) that efficiently barks out orders to the kitchen with the ferocity of a drill sergeant. It's absolutely charming and a wonderful place to warm yourself up with some yummy homemade dumplings. 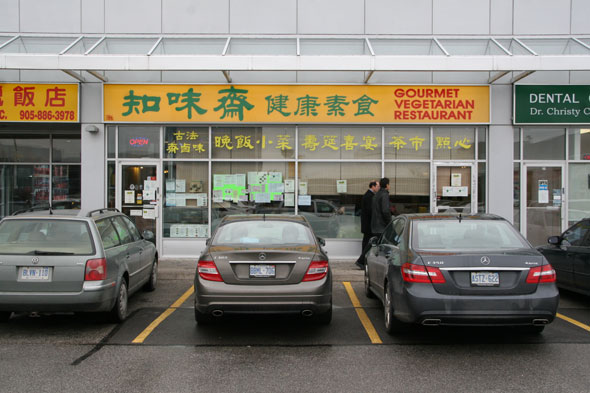 Gourmet Vegetarian Restaurant
Want proof that not the word 'vegetarian' doesn't just mean greens and other tasteless uber-healthy dishes? Come to this rather nondescript restaurant for a stunningly diverse (over a hundred, at least) array of delicious vegetarian dishes, ranging from fried 'oysters' to 'beef' meatballs. The plethora of seemingly meat-based offerings is enough to make you wonder if the restaurant was engaging in ridiculously blatant false advertising. Fear not though, they are all soy-based or gluten-based, and they are very delicious, with flavours that come out quite strongly thanks to their refusal to skimp on seasonings. A word of caution: the offerings here are generally not as healthy as some other similar restaurants, so if you're looking for something more along those lines, go visit Graceful Vegetarian Restaurant instead. Still, definitely worth a visit to get a feel of Chinese vegetarian comfort food. They also have dim sum!

Chingu Korean Restaurant
On the opposite pole of the meat-and-veggies spectrum we have Chingu, a Korean restaurant specializing in all-you-can-eat Korean BBQ. With a large offering of good quality meats and a rather stunning selection of frequently-refreshed banchans (side dishes), this place is an excellent place to satisfy your carnivorous cuspid craving (say that three times fast). My personal highlight is the short ribs and the pork belly, both tender and extremely flavourful, and I was pleasantly surprised at the unlimited Korean soup you can have. If all of this sounds a bit too much, they also serve fixed-portion lunch specials at ridiculously low prices starting at $5.99, with the bibimbap being my recommendation with its tender beef and flavourful sauce.

Miyabi Japanese Restaurant
If you're tired of sifting through the endless horde of low-quality and cookie-cutter all-you-can-eat sushi restaurants around York Region, then this authentic Japanese restaurant (yes, owned by Japanese people as far as I can tell) is your panacea. This restaurant is admittedly pricier than many of its similar-looking counterparts, but with quality that is head and shoulders above the rest. The sushi is fresh, the tempura batter is light and crumbly, and best of all, the seaweed used in their hand rolls are roasted, giving you a lovely crispy texture without any of the chewiness that sometimes makes eating these things at other places harder than Asian university entrance exams. For a nice change from the mundane, give the kaki fry (fried oysters) a shot. The only downside is that the service, while friendly, can sometimes be a bit slow, but you know what they say about being slow and winning the race!

K2 Hair Creation
The only non-food entry on this list, this newly opened hair salon is a great alternative for those who want to jazz up their hair, Asian-style. With sleek minimalistic interior dĂŠcor bathed in a light blue hue, the atmosphere is soothing and inviting. There is always a caveat emptor when recommending hair salons as your mileage may vary depending on the stylist you get, but I have found that my experience here (along with others) have always been great. The best part is that they really stick true to what they claim on the website, by actually consulting and explaining to you what sort of cut would work best based on your head shape and facial features. Definitely worth a try. 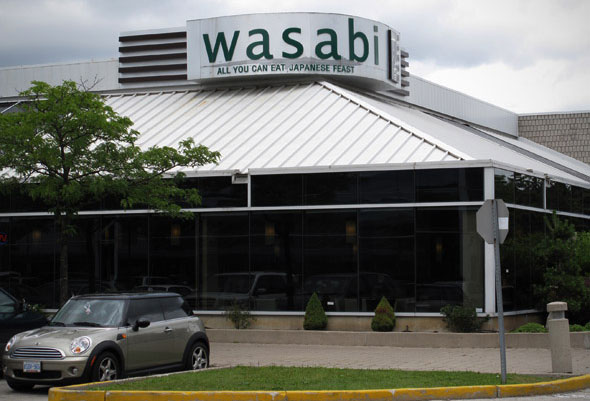 Wasabi Japanese Buffet
Despite the fact that my list is, for the most part, non-sequential, I put Wasabi last for a reason. It's hard to talk about Jubilee Court without talking about this place. Situated in a highly visible part of the plaza, and occupying a spot that many moons ago used to be a nightclub (if I remember correctly), Wasabi is simply a gargantuan all-you-can-eat joint that delivers on its promise of having a large variety of dishes, and heaping quantities of each. Unfortunately, I personally feel that the actual quality of the food can be hit or miss. In particular, I find that their cooked food is generally much better than their sushi, which is mediocre most times (but there's lots of it). Despite all this, the place is very spacious and welcoming, the dĂŠcor is quite modern, and the servers are generally helpful. It's definitely worth a visit if you're hungry, and to see what all the fuss is about, but don't confuse it with upscale dining. A qualified yes from me.

Posted by Darren "DKLo" Susilo. He hangs out on the twitter.