The food at the CNE is trying to kill you

The Chinese calendar says it's the year of the dragon, but at this year's Canadian National Exhibition, it's definitely the year of the pig. Bacon is the theme of the stunt food being featured by several vendors at the Ex, in sweet and savoury combinations that double down on smoky flavour as well as calories.

At a media preview yesterday, last year's stunt food centrepiece, the Krispy Kreme burger, sat mostly ignored as the crowd dared and double dared themselves to chow down on pork products used as everything from garnish to main ingredient, with the most audacious offerings coming from the forthrightly named Bacon Nation booth. 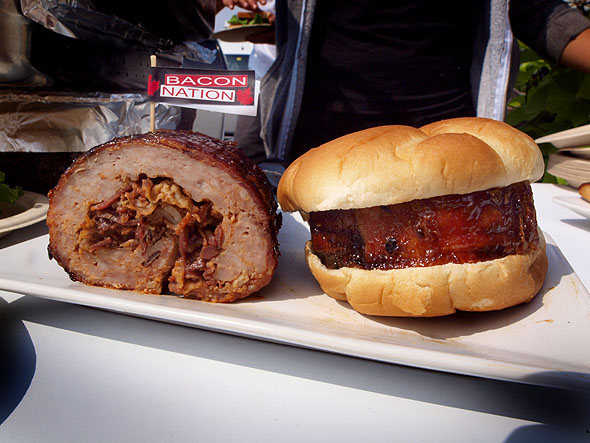 Fair food traditionalists can still get their deep-fried butter, but caloric adventurers will have to go straight for Bacon Nation's Bacon Explosion - a pork roll stuffed with bacon bits and covered with a bacon weave and a Jack Daniel's glaze, sliced and served on a bun. Think of it as porchetta with 'roid rage if you will, but the description overstates its menace; it's a hearty but basic meal that's actually gourmet compared to most Midway fare. 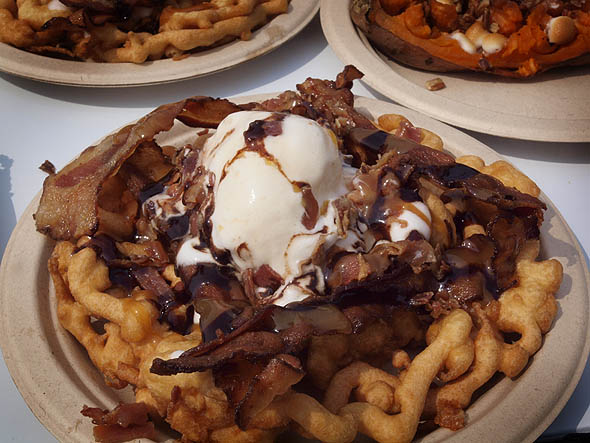 Bacon Nation's other offerings are a bit more showy - a beer-battered and bacon-wrapped deep fried hot dog, a BLT that gilds the lily with both regular and Canadian bacon and a healthy dollop of Nutella, a pair of bacon-spiked baked potatoes, and their Bacon Chips: Thickly cut bite-sized bacon pieces fried nearly crisp and served with a Jack Daniel's dipping sauce. 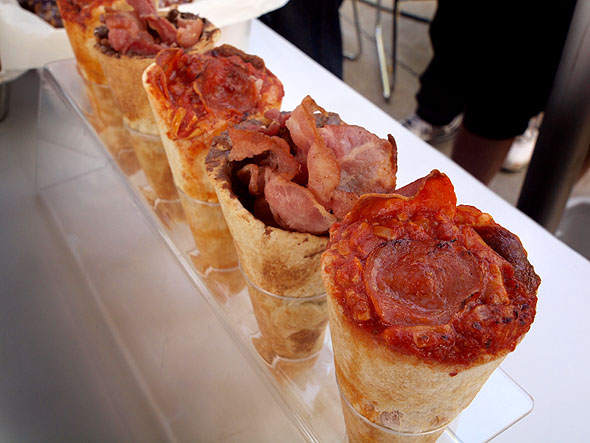 Bacon and Nutella come together again at the Just Cone It! booth, where they're put together in a bread dough cone, and join a menu that also boasts cone-shaped pizza, shepherd's pie and Philly cheese steak. Bacon also gets a go at our sweet tooth in a Bacon Sundae from Bacon Nation (soft-serve ice cream, hot fudge and caramel sauce, bacon and bacon bits on a funnel cake,) and Northwest Fudge Factory's remarkably subtle bacon fudge, which adds smoky bacon flavour to a high quality fudge free of the grainy, sugary bite of the cheap stuff. 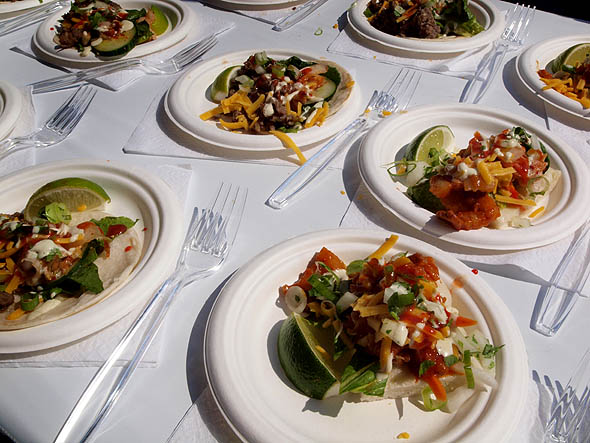 Pig appears again as pork belly in Far East Taco's Korean-themed offerings, but the freshness of their menu - which also features a version filled with bulgogi - might offend food masochists. Bright with Asian slaw, kimchee and coriander, Far East's booth will probably appeal more to Ex visitors who want to hit the rides without worrying about the effect g-forces and centrifugal force might have on the pork and pork by-product counterweight in their belly. 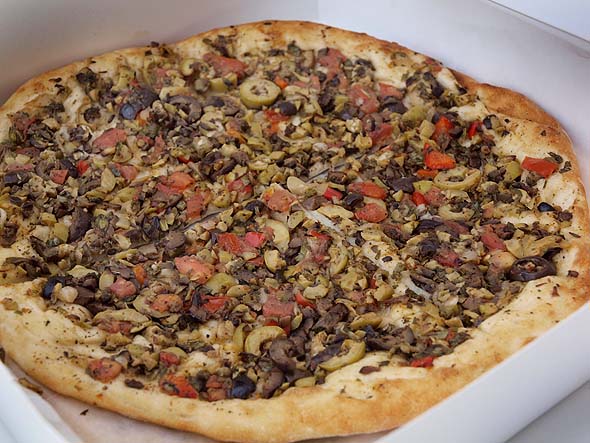 The suitably-named Thyme & Olives booth features Lebanese food built around baked goods from Haddad Bakery in Concord, and features a Lebanese pizza or mankoushe topped with - yes - olives and thyme, a tasty and fully vegetarian alternative to the bacon onslaught. Even healthier is the raw food being offered by Vie, who tempted media with their dehydrated corn tortilla topped with intensely flavoured pastes and creams made from red peppers, cashews and walnuts. For sweets, they served a coconut cupcake flavoured with banana cream and pomegranate. 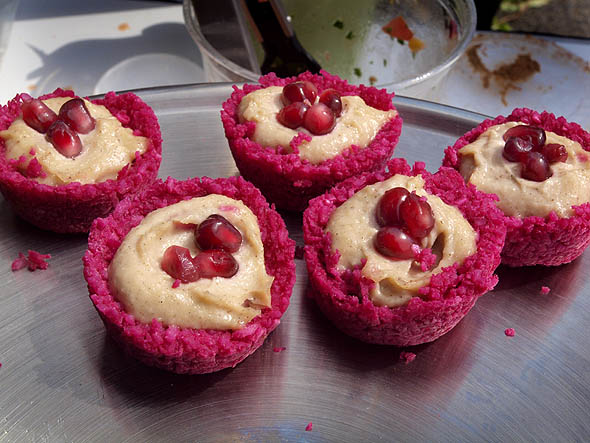 With the tiniest bit of room left, I needed to see evidence of the ironclad food rule that bacon makes everything better, so I went back to Bacon Nation's table to try their update of an old fair food chestnut - the deep-fried Mars bar, wrapped in bacon and fried in a beer batter. I didn't want to like it, but after two bites I knew I'd be craving the evil, tasty thing months from now, all the while repeating over and over that it's only once a year.